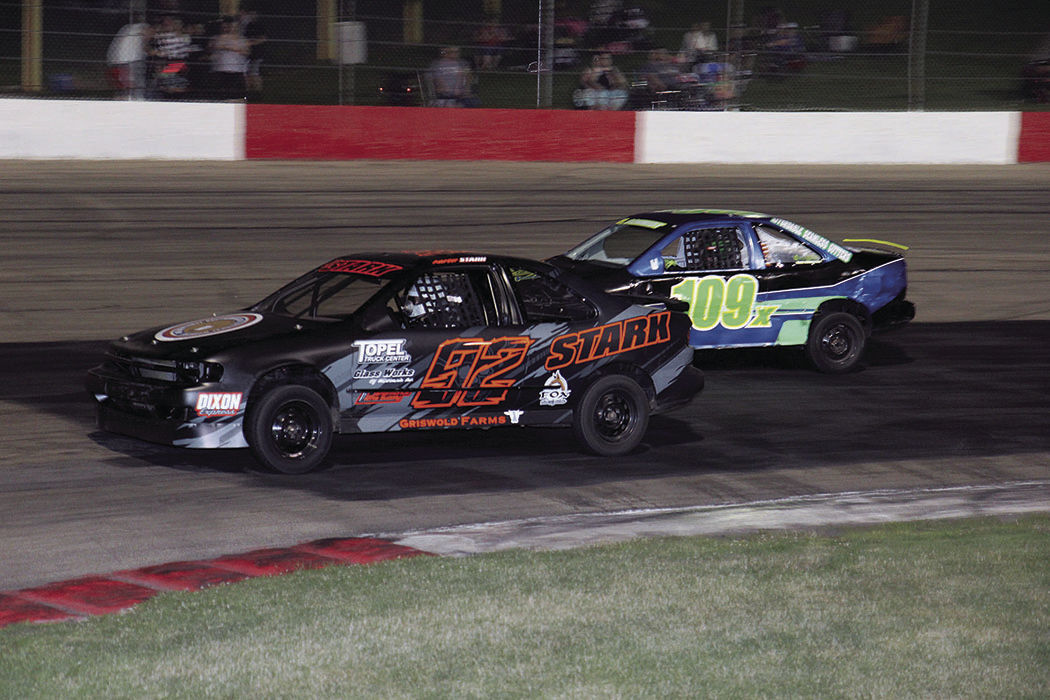 Marshall’s Karter Stark takes the inside track on his way to winning the Bandit feature on July 11 at Jefferson Speedway. 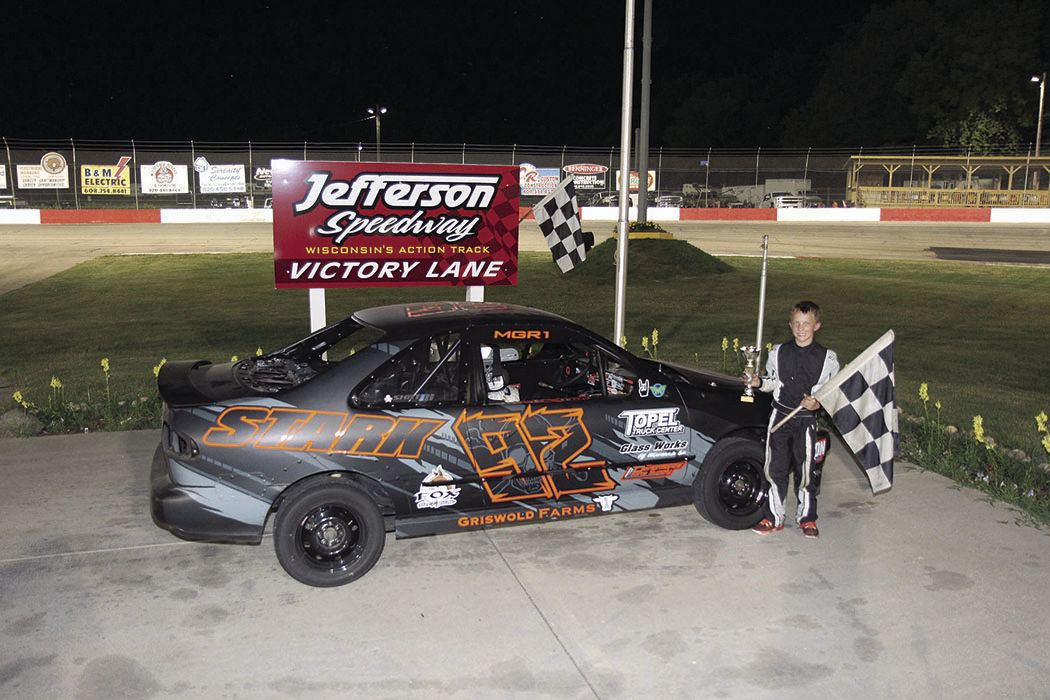 Marshall’s Karter Stark takes the inside track on his way to winning the Bandit feature on July 11 at Jefferson Speedway.

Ryan Laatsch, Milton and David Malisch, Madison led the starting field to the green flag with Kyle Taylor, Stoughton and Chenoweth, close behind. Malisch took the lead on the second lap with Kyle Smith, Lake Mills and Chenoweth battling for the second spot. Chenoweth took over second on the fourth lap and pulled alongside Malisch on lap 6. Chenoweth’s challenge for the lead was thwarted by the events first caution flag, caused when Westenberg, and Seth Reamer, Beaver Dam collided in turn three.

On the restart, Chenoweth fought his way past Malisch and settled into the lead. Meanwhile, intense battles were being waged throughout the field. One of these resulted in the second caution of the event when Stephen Scheel, Lake Mills and Jerry Eckhardt, Johnson Creek came together sending both to the rear of the pack. Chenoweth continued to lead while Shaun Scheel, Grueneberg, and Schuyler started their march to the front. The trio moved past, Malisch and Taylor, and challenged Chenoweth for the lead.

Scheel slowly worked his way past Chenoweth and took the lead with Grueneberg closely behind. The pair waged a spirited battle as the laps wound down with five laps remaining, Grueneberg slipped inside Scheel on the backstretch and was able to take the lead for the first time on lap 47. Scheel fought back but relinquished the lead for good on lap 48. Two laps later Grueneberg took the checkered flag with his hand out the window, clenched in a victorious fist. Westenberg, who had methodically worked his way back to the front, nipped Scheel by a foot at the line for second place. Scheel came home third, Schuyler fourth, Chenoweth fifth, and Stephen Scheel sixth.