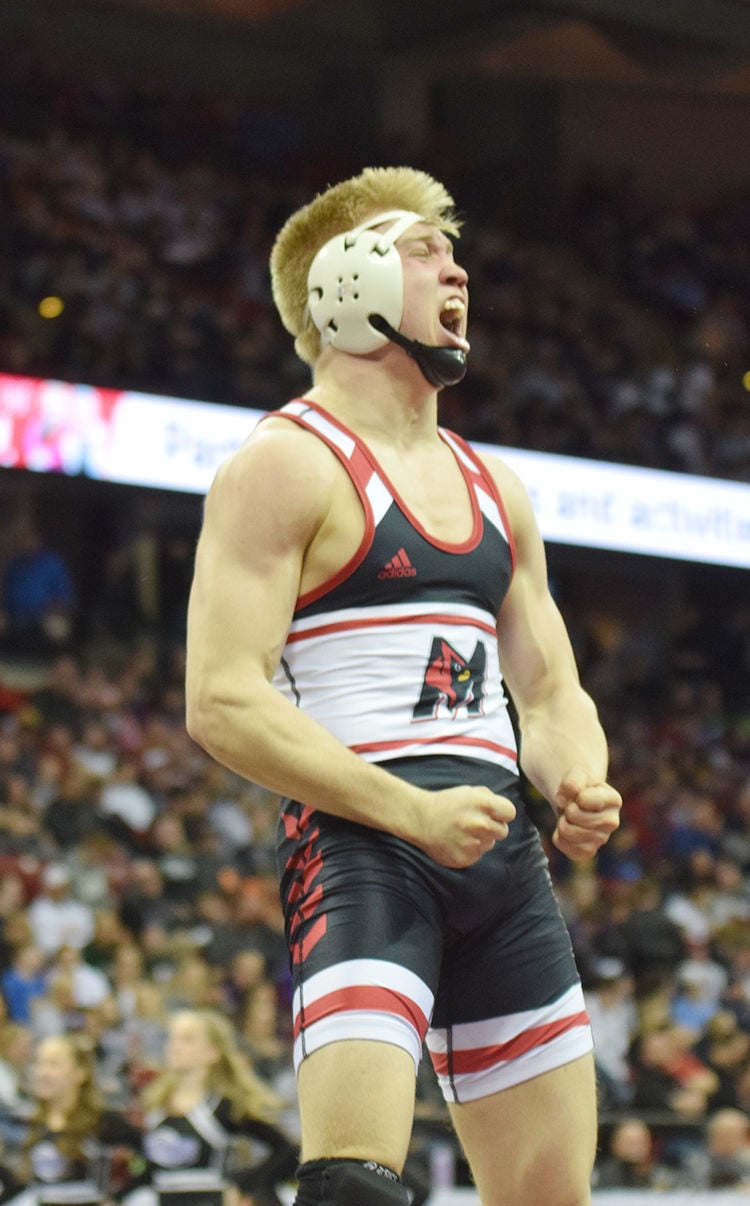 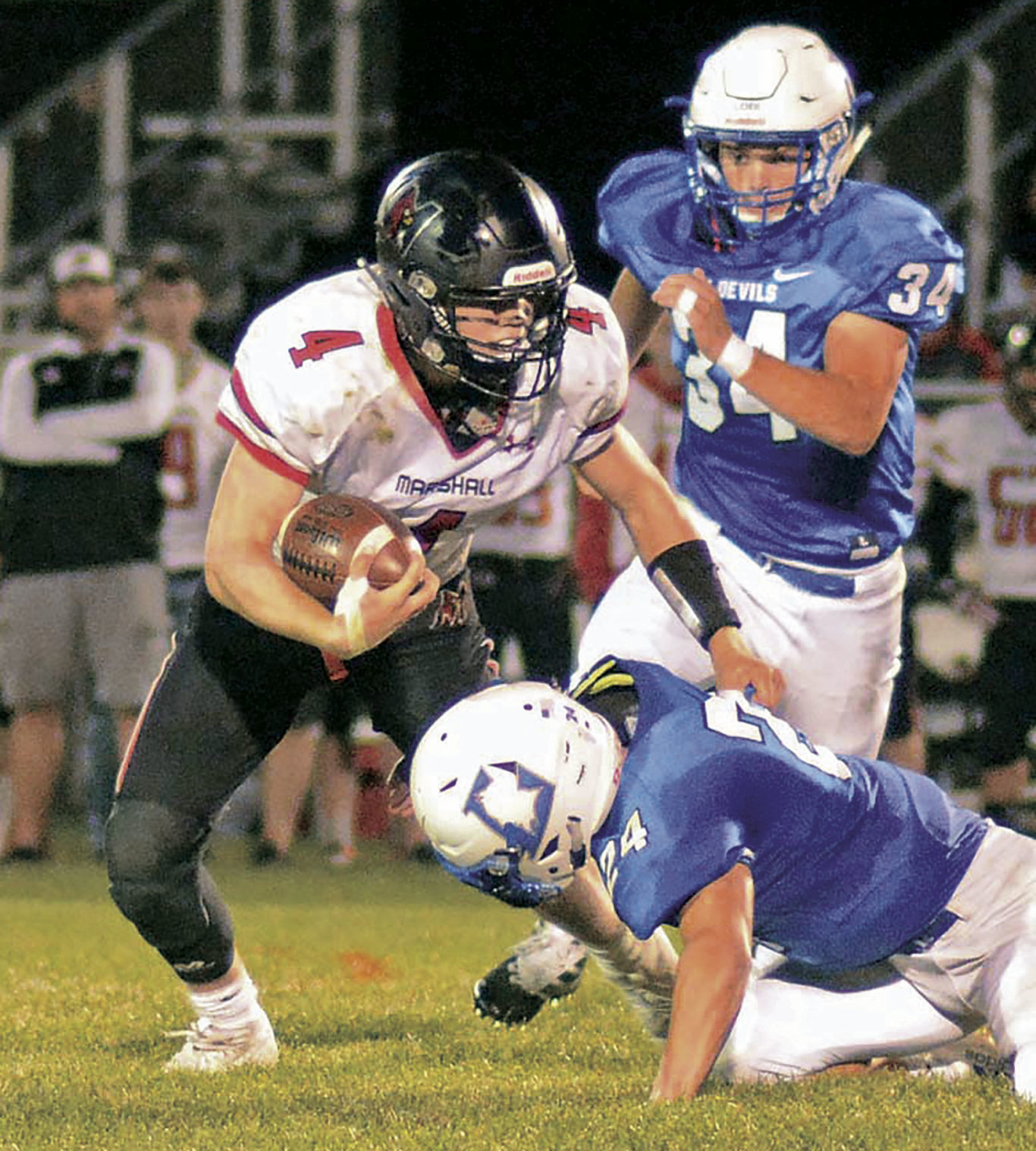 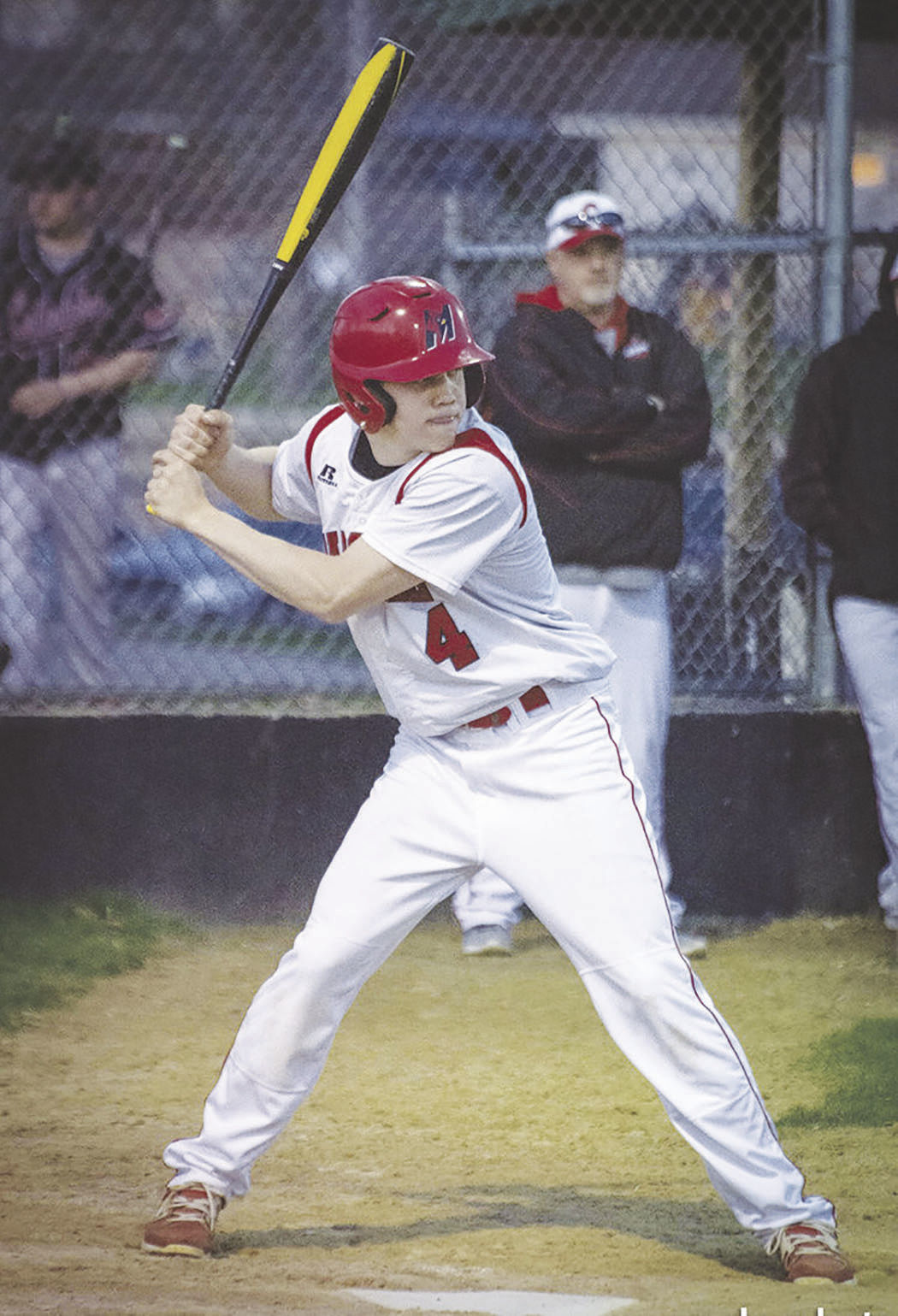 This week Dylan Horstmeyer was supposed to be putting on his helmet and shoulder pads, preparing to participate in the 2020 Wisconsin Football Coaches Association All-Star Game in Oshkosh.

Instead, he and 223 other players can only wonder about the week of practicing, visiting children’s hospitals and playing alongside some of Wisconsin’s elite players from the 2019 season, no thanks to the coronavirus pandemic that cancelled the annual game.

“It was pretty disappointing, I was really looking forward to putting the pads back on and playing with a bunch of guys with a lot of talent,” said Horstmeyer, a 2020 Marshall graduate. “Once I heard the news I was like, ‘Oh, sugar.’ Even talking with some people from my town that have been in it said it was a lot of fun.”

But Horstmeyer has no regrets.

Horstmeyer was a three-sport standout competing in football, wrestling and baseball for the Cardinals. But it was football where he stood out the most.

This past season he literally carried the Cardinals on his back, on both sides of the football. As a quarterback/running back Horstmeyer rushed for a career-high 1,236 yards, while being named the Capitol South Defensive Player of the Year. He earned WFCA All-Region 4 honors and was selected as a WFCA All-Stater.

“I’ve been doing this as a head coach for 16 years and he is truly one of the best I’ve ever had,” Marshall head football coach and Athletic Director Matt Kleinheinz said. “The amount of offense and defense we needed out of Dylan for our team to have an opportunity to win football games was as high as I’ve ever seen; what impressed me most about him was his toughness and durability. His demeanor is exactly what you want out of your best player. He wants the ball in his hands, he wants to make the big play.”

Had Horstmeyer played in the WFCA All-Star game this upcoming Saturday at Titan Stadium in Oshkosh, it would have been the very field he will call home the next four seasons as a member of the UW-Oshkosh football team.

“Talking with some of the coaches I have a little bit of an idea of what’s going to happen, but they’re still not totally sure when we’ll be reporting,” said Horstmeyer, who plans on playing running back for the Titans.

As COVID-19 has shut down most high schools, that means access to weight rooms has been a struggle for most athletes in training. But Horstmeyer has found an alternative thanks to a former Marshall teammate.

“Josh Wehking has set up some weights up in his attic and I’ve been going over there and lifting as much as I can,” said Horstmeyer about the 2019 MHS graduate who is currently a member of the University of Wisconsin rowing team.

As mentioned, Horstmeyer excelled in wrestling and baseball, too.

Horstmeyer’s wrestling career was terrific from the start after going 35-14 as a freshman and winning the WIAA regional championship. Regional titles followed his sophomore, junior and senior seasons, and the wins continued piling up.

“I’ve been wrestling since I was 3 years old so it’s a big part of my life,” Horstmeyer said.

This past season not only reached the WIAA state tournament for the third time in his career, he also won his first match on the Kohl Center mats … and his second … and his third … and reached the 170-pound finals in Division 3 before falling to unbeaten Brady Spaeth of Cadott.

“It was pretty awesome to wrestle (for a championship) on that Saturday night, and it was awesome to see all the people come watch me; even though I lost, it was still pretty cool,” said Horstmeyer.

He finished his high school career with a 169-40 record along with four more letters.

“Dylan made terrific growth both as a wrestler and as a young man,” said Horstmeyer’s wrestling coach Doug Springer. “I am most proud of him maturing as a learner and working to learn to listen and learn to make himself better.”

Baseball was Horstmeyer’s third sport and there he excelled as well. He was a second-team All-Capitol South selection as an infielder his freshman year and outfielder his sophomore season, before moving up to the first team after batting .333 with a team-high tying 22 hits in 66 at bats while stealing 12 bases.

Unfortunately, Horstmeyer didn’t get a chance to play baseball this spring due to COVID-19, but was awarded a letter giving him 12 varsity letters.

And this spring he had planned on participating in track and field as well.

“All the seniors got letters, so I got one in baseball and one in track as well,” said Horstmeyer.

Playing in a small town like Marshall was something Horstmeyer will never take for granted, as he cherished the support that was given to him throughout his life.

“It was pretty cool representing Marshall, I always felt like I was at home. Nobody ever put me down or gave me a hard time,” he said.