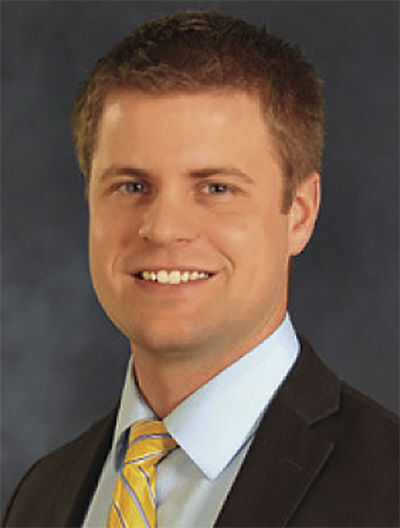 District 20 Supervisor Jeff Weigand was one of only two Dane County Board members to vote no on the county’s 2022 budget.

The budget will now go to County Executive Joe Parisi for his signature, after 34 supervisors voted in favor of it Nov. 8. Weigand and District 19 Supervisor Tim Rockwell were the only two to vote against it.

Weigand listed tax and fee increases, reckless homeless spending and the lack of attention to address the jail project as being reasons why he voted against the 2022 Dane County Budget.

“At a time when the economy is strong, we should be working to reduce our tax burden instead of increasing it,” Weigand said in reference to the $8 million tax increase.

“According to organizations like the nonpartisan Tax Foundation, Dane County continues to have the highest taxation rate of all 72 counties in Wisconsin,” Weigand added. “Instead of piling on, we as the board should have held the county executive in check and forced him to operate county government more efficiently.”

Weigand also objected to fees for things like access permits for single family homes, which will be increasing, while fees for Huber participants will be eliminated. The Huber fee elimination creates a $134,000 budget hole in the Dane County Sheriff’s budget.

“That is enough money to fund another sheriff’s deputy that is sorely needed to combat the rise in crime in Dane County,” Weigand commented.

Weigand criticized his fellow supervisors for what he called “reckless” homeless spending.

“It goes without saying that all of us should have compassion and concern for individuals experiencing homelessness,” Weigand said. “While the issue is real and needs to be addressed, recklessly throwing millions of dollars at the problem will not improve the results.”

The 2022 Dane County Budget includes more than $4 million in new borrowing to build things like tiny homes and hotels for the homeless.

“If that $4 million would actually solve the problem of homelessness,” Weigand said, “I would have been the first to support it. There are many things that lead to homelessness and no amount of tiny homes or hotels will solve the root of the problem.”

Weigand added his objection about the lack of budget action on the Dane County Jail Consolidation Plan to Rockwell’s.

Weigand said he’s met both with current Dane County Sheriff Kalvin Barrett and previous sheriff Dave Mahoney in an effort to learn how he can support the sheriff’s department.

“Each time they both have responded by telling me to support the Dane County Jail Project. That is why I was happy to support a budget amendment that passed the Public Protection and Judiciary Committee that would have funded the Jail project that has been stalled for years,” Weigand said. “Unfortunately, for reasons not communicated to the board, that amendment was not brought forward for a vote.”

The annual budget process takes place each October and November and sets spending priorities for the following calendar year.

Dane County Executive Joe Parisi released his proposed budget on Oct. 1, and county board committees have spent the last several weeks hearing from the public and making amendments regarding staffing and funding levels.

“County Executive Parisi proposed a budget that included many of the board’s priorities, particularly related to behavioral health. We were able to build on the proposed budget to make a good budget even better, including additional funds for criminal justice reform, supporting the most vulnerable, and protecting the environment,” said County Board Chair and District 3 Supervisor Analiese Eicher, who represents a portion of the City of Sun Prairie on the board.

The board added several amendments to the 2022 budget to address criminal justice reform including:

• Add a training officer for the Sheriff’s Office beginning Oct. 1; and

• Increase a legal assistant position in the District Attorney’s Office at a cost of $29,500.

Supervisors also added capital and operating amendments to support the most vulnerable with direct assistance and system assessment including:

• Increase funding by $12,500 to expand the Double Dollar program benefits;

• A $35,000 contract with Families Back to the Table to provide support to clients including housing, case management, and mentoring, to name a few;

• $1 million in additional funds for a tiny house project; and

• $3.25 million to convert a hotel into affordable housing for people experiencing homelessness and on the coordinated entry list.

The board also included operating and capital budget amendments related to the environment and sustainability including:

• Add $300,000 for funding for the future implementation of recommendations from the City of Madison’s Monona Bay watershed study;

• Include $10,000 in funding to increase purchase of trees for underserved areas;

“Throughout the process, we were able to hear from members of the community about their priorities as we prepare to transition out of the pandemic.

We still face uncertainty and challenges. I’m pleased that the 2022 budget will help even the most vulnerable among us endure those challenges,” said County Board Supervisor Patrick Miles (District 34), who is also Chair of the Personnel and Finance Committee.

Rockwell referenced economic difficulties from the past two years brought on, in part, from the pandemic, and how the budget will raise taxes.

“Residents of Dane County, simply by living their lives, are having their expenses increase. And to pour salt in the wound, the county wants to raise their property taxes. I cannot support that,” Rockwell said.

While Rockwell said “there are dozens of good ideas in this budget,” some go too far, and some probably not far enough.

“But we must draw a line in the sand, especially during a fragile recovery,” Rockwell added.

While campaigning last summer, Rockwell said many of his constituents were concerned they would get priced out of the county they love and have contributed to for many years of their lives.

“This board talks a lot about affordable housing and in this budget will spend about a quarter million dollars to study housing costs over the next 20 years,” Rockwell added. “I’m confident that raising property taxes year after year will not do anything to help curb the cost of living for business owners, homeowners or renters.”

Rockwell lamented the tax increase, adding, “I understand holding expenses or making cuts is hard. But it’s a discipline that most of our citizens are going through this year. I urge the county to join them.”

The 37-member, nonpartisan Dane County Board of Supervisors represents the needs and welfare of all residents of Dane County, Wisconsin, and sets policy for Dane County operations in the areas of human needs, infrastructure, criminal justice, the environment and county finance. The board meets twice monthly at 7 p.m.; meeting agendas are available at https://dane.legistar.com/Calendar.aspx .