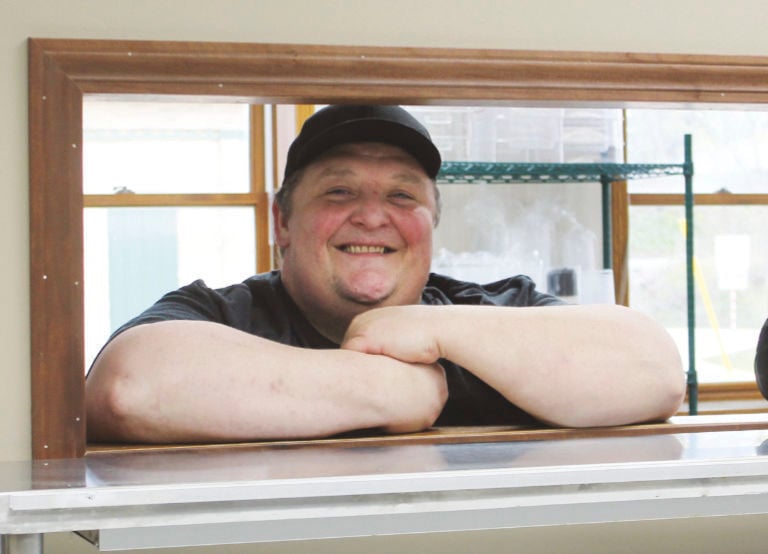 Craig Ahrendt is excited to serve his fresh pizzas at Monroe Street Pizza Co., located in downtown Waterloo. The Waterloo resident has been working in commercial kitchens since he was 13. Since it was announced in January that he would be opening a pizza place, people have been anxiously waiting for the doors to open. 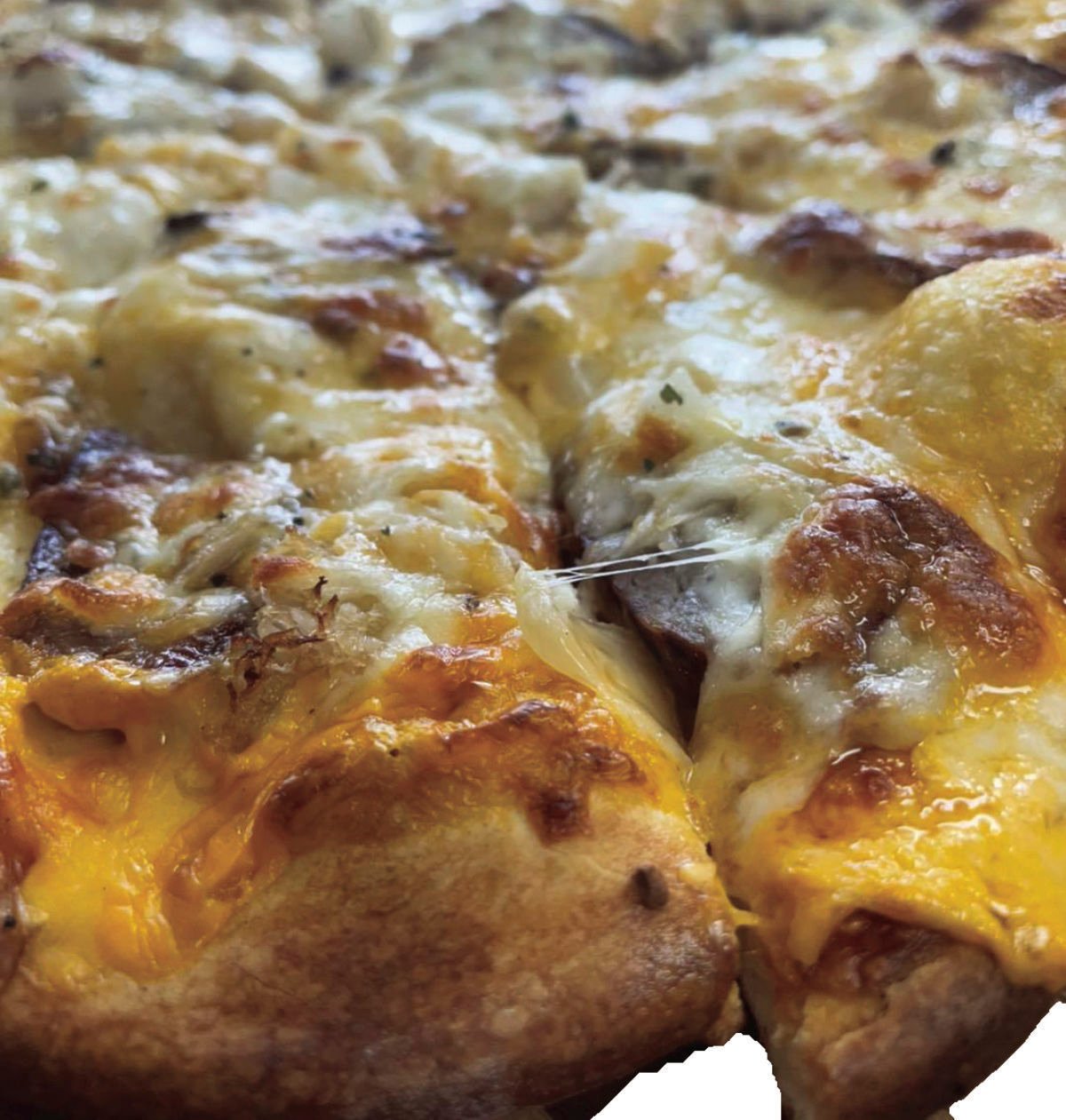 The Sconnie features state staples including brats, sauerkraut and cheese curds. It is one of several signature dishes that will be featured at Monroe Street Pizza Co. 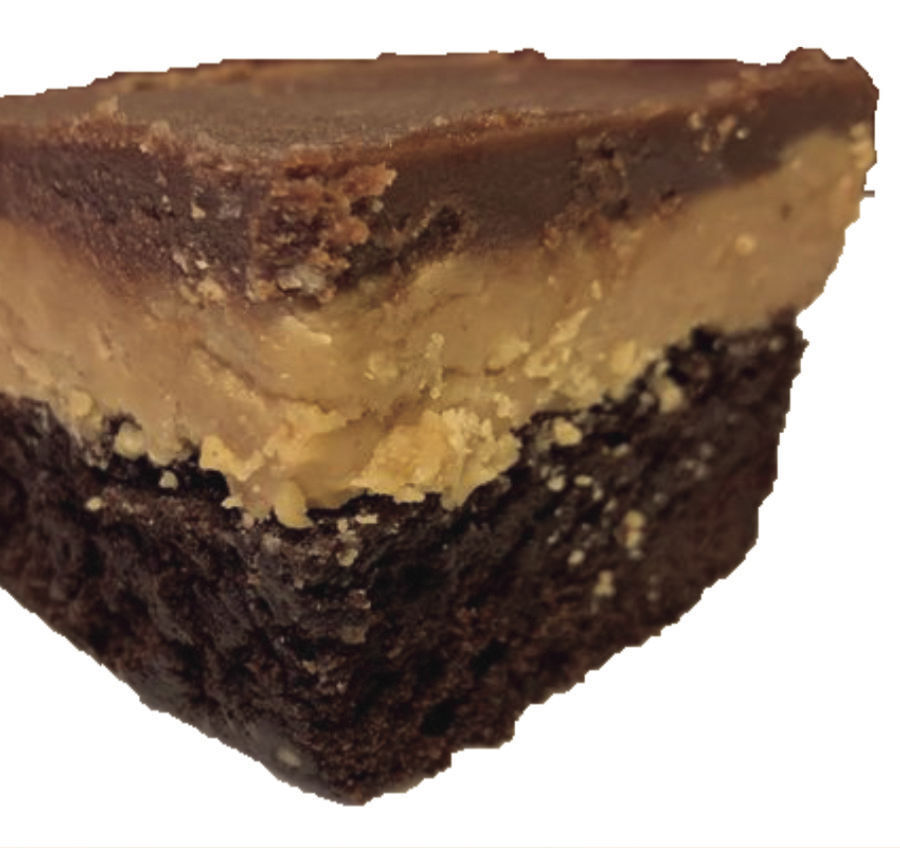 The Monroe Street Peanut Butter Fudge Brownie is one of the homemade sweet treats being sold at the Monroe Street Pizza Co. The highly-anticipated pizza restaurant is scheduled to open Saturday, May 8.

For the past few months, Craig Ahrendt has not been able to go anywhere in public in Waterloo without someone inquiring about the status of his new venture.

“I’ll be in the grocery store, just to pick up a few things, and someone will see me and ask, ‘When are you going to open?’” the 47-year-old said.

A bit more than a week ago, the public was given the answer as long-time Waterloo Ahrendt announced on Facebook that Monroe Street Pizza Co. would officially open to the public on Saturday, May 8.

When it was reported the city agreed to sell the property at 122 S. Monroe St. with the buyers’ intention to open a pizza business in the former Blue Moon and Tom’s Pizza location, the response was immediate.

“You talk to people and you know having other food choices after 2 p.m. in this town was something important to people,” Ahrendt said. “I expected it to be popular, but I wasn’t expecting the amount of (Facebook) interaction we were getting from it. It really blew me away.”

Even before people had the chance to see the menu, the business picked up more than 1,400 Facebook followers who savored every update and picture posted.

The menu was posted on April 25, showcasing 10 specialty pizzas along with signature sandwiches, a build-your-own pizza option, sides, and sweet treats. Among the specialty pizzas are the Sconnie (featuring brats, sauerkraut and cheese curds), Abe Froman (with lots of Chicago sausage) and Ratatouille (completely vegan).

The business is trying to use as much locally-sourced fresh ingredients as possible; Ahrendt added Monroe Street Pizza will make much of its food – such as dough, sauce, meatballs, salad dressing, and desserts – in house.

Monroe Street Pizza Co. will offer take-out and delivery; there will be no dine-in option. This was determined not due to COVID-19, but the limited amount of space in the building.

Helping Ahrendt get Monroe Street Pizza off the ground is Steve Parker, a local resident who was involved in launching Waterloo Blooms. It was the floral and gift shop’s owner Sara Dahlke who helped connect the pair.

“I’m a firm believer in things happening for a reason and that’s exactly what happened,” Parker said. “In talking with him, he seemed very talented, very smart … and with the amount of talent he has just needed a place where he could run the stuff.”

Ahrendt has been working in commercial kitchens since he was 15; the long-time Waterloo resident was hired to wash dishes at Pine Knoll but was quickly shifted to the food line.

“I kept working and I found myself getting older and being on the lines all the time was kicking my butt,” he said. “I wanted to elevate my game and apply for management positions but I’d get looked over because I didn’t have a degree.”

This prompted Ahrendt to return to school in 2015 where he enrolled in Madison College’s culinary arts program. He focused on the business management portion of the program and leadership “and the culinary stuff was kind of like cheating because I really didn’t have to try that hard. The lab classes were great though because I got to use a lot of different ingredients I hadn’t gotten to use and was able to figure out some techniques I had that weren’t very good and fix them. I was able to sharpen and hone my skills. It was a lot of fun.”

After graduating from Madison College, Ahrendt worked a few years with the River Food Pantry as the community meals coordinator and chef and eventually took a kitchen manager job at The Old Rock in Columbus.

Then, coronavirus hit. In an effort to keep income flowing in, Ahrendt picked up more clients for his meal service, FU5ED Kitchens, which was run out of the kitchen at Waterloo’s Firemen’s Park.

Then, he learned the Monroe Street building was being put up for sale.

Ahrendt recalls that in 2015, while walking around the city with his now-13-year-old son, Kian, the pair stopped in front of the vacant Monroe Street building.

“I looked inside and everything was still in and but I could tell it had been sitting,” he said. I said (to the building), ‘You will be mine.’ And here we are today.”

Waterloo had acquired the property from Jefferson County, which took over ownership of the building due to delinquent taxes. The city decided to ask for business proposals for the location; Ahrendt and Parker had the winning plan and a bid of $30,000.

The property had been sitting vacant since July 2009 when the then-owner walked away. Parker said the plumbing needed to be completely revamped after water had sat in and “blew up” the existing pipes.

“The electrical was antiquated,” he said.

Ahrendt said some of the existing equipment could be repaired to return to working condition.

Otherwise, the building had a good core, Parker said.

And soon, it will reopen serve pizza to hungry customers.

“I am really, really excited to open,” Ahrendt said. “It’s going to be great.”