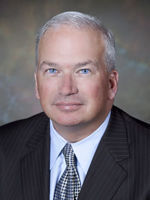 Long-serving Republican Wisconsin State Senator for the 13th District Scott Fitzgerald has moved one step closer to the possibility of becoming a member of the national legislator after defeating Cliff DeTemple at the polls on Aug. 11. Unofficial results from lsat week’s election show the current senator defeating his opponent for the Republican nomination by more than a 3-1 margin.

Fitzgerald is seeking to replace fellow Republican Rep. Jim Sensenbrenner as the United States House of Representatives for the 5th Congressional District.

Fitzgerald will face Democratic candidate Tom Palzewicz on the Nov. 3 ballot. Palzewicz lost to Sensenbrenner, who will retire at the end of his term after more than 40 years in office, by more than 20 points in 2018.

Voter turnout was lower than the spring presidential preference election across local communities; in the Town of Waterloo 167 (or 27.83%) registered voters cast ballots, according to the Jefferson County clerk’s office.

The City of Waterloo saw 497 (26.84%) of registered voters participating in the Aug. 11 partisan primary.

In the District 5 Congressional Representative race, the only contested race on the ballot, Fitzgerald received 70 favorable votes from Town of Waterloo while his challenger, DeTemple, netted 29.

Similarly, in the City of Waterloo, Fitzgerald earned roughly three times as many votes as DeTemple with 159-51.

The Town of Portland had a total of 162 ballots cast. The residents also favored Fitzgerald to DeTemple, 79-27.

In the Town of Medina, 205 people cast their ballots, according to the Dane County clerk’s office. The residents had no challenged races to select from on the ballots.

As for the Village of Marshall, 443 voters participated by casting their ballots.