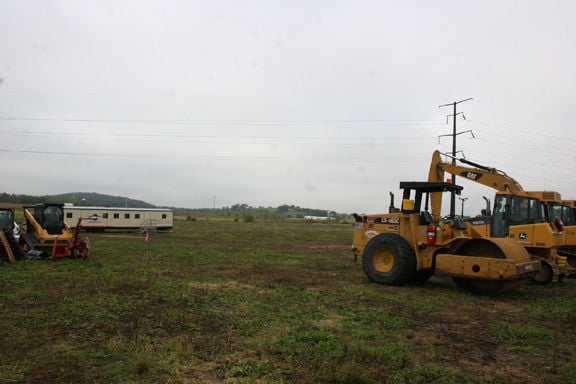 Equipment arrived last week to move the  ground for construction of a pipeline pump station on Cherry Lane. 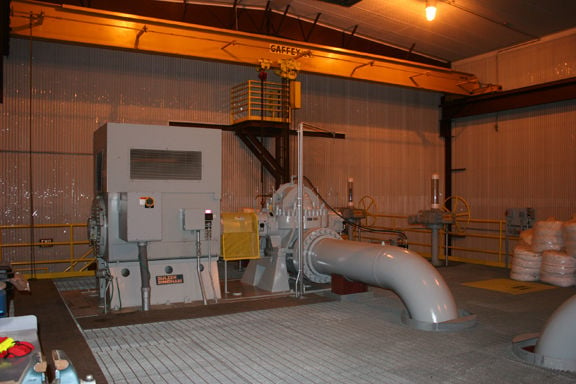 Inside the current pump station. 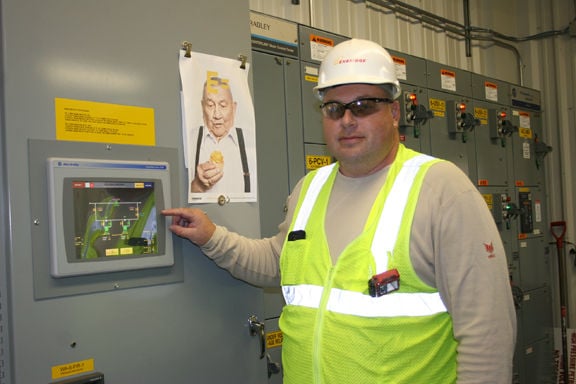 John Schwartz, technical supervisor for Enbrige Energy, explains the electronic room at the pump station on Cherry Lane in the Town of Medina.

Equipment arrived last week to move the  ground for construction of a pipeline pump station on Cherry Lane.

Inside the current pump station.

John Schwartz, technical supervisor for Enbrige Energy, explains the electronic room at the pump station on Cherry Lane in the Town of Medina.

After more than a year of meetings and discussions, ground will soon be broken for the construction of an additional pumping station at the Enbridge Energy station located on Cherry Lane in the Town of Medina.

The pumping station in Dane County is the last one to be constructed for Enbridge Energy Company’s Line 61 upgrade project.

Last week, heavy equipment was brought to the site with runoff barriers installed around the border of the property. Temporary fencing has also been placed around the facility, according to John Schwartz, technical supervisor for Enbridge.

Line 61 is as 42-inch diameter crude oil pipeline that spans from the terminal in Superior to the company’s Flanagan terminal near Pontiac, Ill.

The line was permitted, designed and built to carry 1.2 million barrels of crude oil per day in 2009. But due to market demand at the time, the line began operations at one-third of its maximum capacity.

For more than a year, the company has been working to get approvals to upgrade 13 pumping stations along the route. Several environmental groups opposed the increased flow on the line and spoke openly against the expansion project.

While the Medina Town Board approved the conditional use permit for the pumping station project, it was only advisory to the Dane County Zoning and Land Regulation Committee.

The county committee, in its conditional use permit procedure, required the pipeline company to come up with an additional $25 million in environmental impairment liability insurance.

A provision, put in the state budget just days before Enbridge was set to appeal, prohibited counties and towns from requiring additional insurance for pipeline companies if comprehensive general liability included sudden and accidental pollution liability.

It is the state that barred the county from imposing the additional insurance requirement.

Since Enbridge filed the conditional use permit application in August of 2014, 350 Madison and other environmental groups put pressure on county zoning and board officials to require the additional insurance. This was based on a spill by Enbridge in 2010 into the Kalamazoo River in Michigan.

Last month, 350 Madison filed a petition to have the conditional use permit rescinded. But based on the county’s legal counsel, that is not an option.

Currently, there are four pipelines that flow under State Highway 19 between Waterloo and Marshall, Schwartz said. The 61 upgrade project does not require pipeline construction outside the pump station facilities but does include the construction or modification of existing pump stations to increase the line’s average annual capacity.

The $151 million first phase of the project increased capacity to 560,000 barrels of crude oil per day, generated 60 construction jobs, and was completed late last year.

The second phase, a $635 million investment for a series of 13 new or modified pump stations in the state, is estimated to create 275 construction jobs.

Pumping stations move the crude oil through the pipeline system. The stations contain one or more electrically driven pumping units, and they are located along the line to boost internal pipeline pressure and flow. Pump stations include the pump units themselves, which are coupled with electric motors, the electrical switchgear equipment and above ground valve controls and maybe one or two small auxiliary buildings. Enbridge operates about 115 pump stations along its US liquid pipeline systems.

The construction at the Medina site is projected to take 9-10 months, the technical supervisor said.

“The project may take about a year, depending on the weather,” Kevin Jenkins, an Enbridge representative. The original timeline was to have the upgrade completed by later this year.

The second pumping station will be another metal building, larger than the present facility on the site. There will also be two concrete structures associated with the pumping station.

The goal is to have the station up and running by next summer, Jenkins said.

As per the request of the town board, a berm will be constructed around the facility, Schwartz said.

“Most of the product going through here goes to Chicago refineries,” Jenkins said. “We are trying to meet the needs of local customers,” he pointed out.

According to the company that has been in business for more than 60 years, Enbridge meets 100 percent of Wisconsin refinery capacity needs and about 15 percent of total U.S. petroleum imports arrives via Enbridge’s system through Superior.

Enbridge is a leading transporter and distributor of energy in North America, transporting about 2 million barrels (about 84 million gallons) of crude oil every day by operating the  world’s longest liquid petroleum pipeline system.

Both Schwartz and Jenkins pointed out the many products are made from the crude oil that is shipped along the pipelines. Light grades can be refined into gasoline, diesel and jet fuel while heavy grades are ingredients in fertilizers and plastics.

Safety is a major priority of the company, Schwartz pointed out. “There are a lot of safe guards,” he said. “We want to make sure the oil gets from Point A to Point B efficiently.”

There is 24-hour computerized pressure monitoring of the crude oil being transported. All lines are monitored 24 hours a day, seven days a week, with equipment in Edmonton, Canada, Scott Welter, electrical technician and station attendant, said. All technicians are required to live within a 25 miles radius of the pumping station.

Leaks and spillages were major concerns of those opposed to the expansion project. All and any leaks are reported, Schwartz said. He said he is not aware of any leaks along Line 61.

If there is a leak, it is usually inside a facility, Schwartz said.

If that is the case, it is reported and cleaned up 100 percent, Jenkins said. “We report everything,” he added.

Schwartz recalled a leak in the Grand Marsh area, southeast of Adams in July of 2012. “We restored that area probably better than before,” Schwartz said.