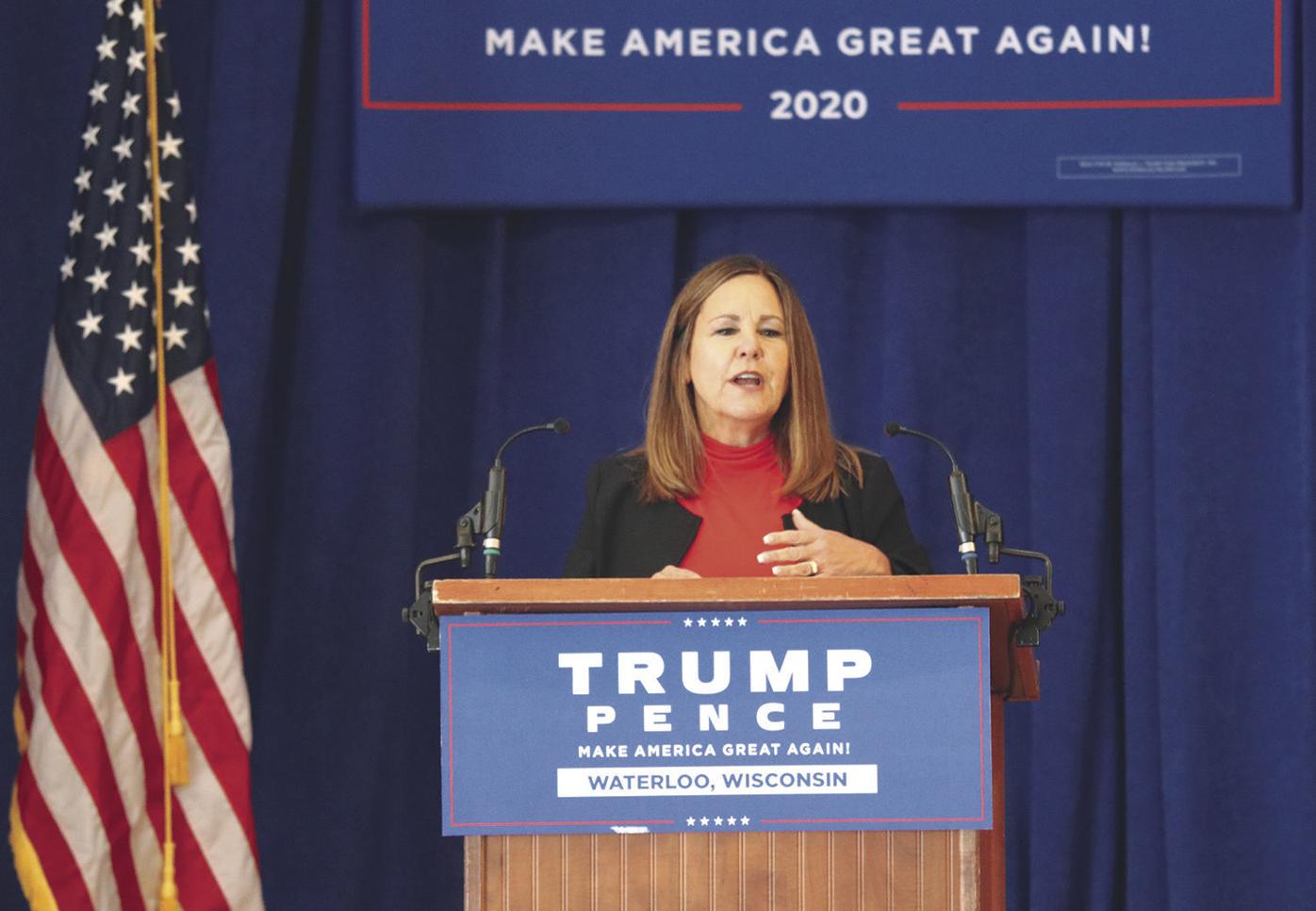 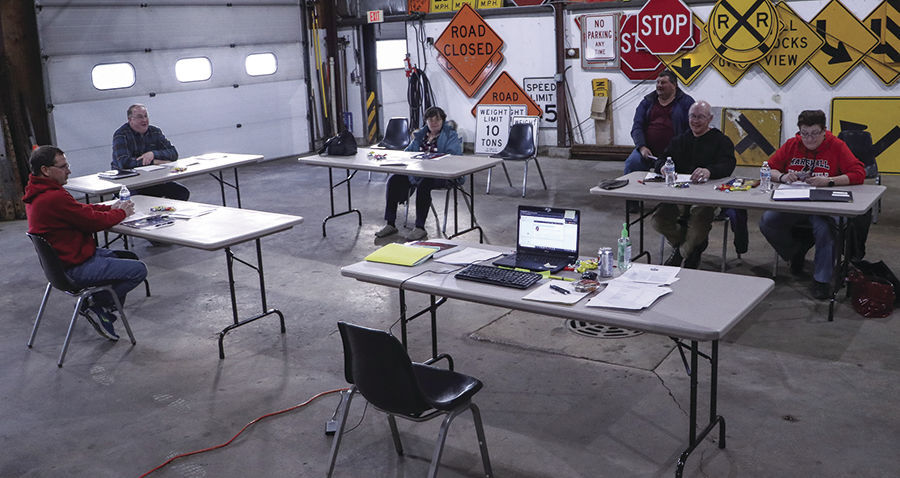 The Medina Town Board adhered to the social distancing guidelines during its March 24 meeting. Since the pandemic hit, many of the regular government meetings have gone virtual using online streaming platforms. 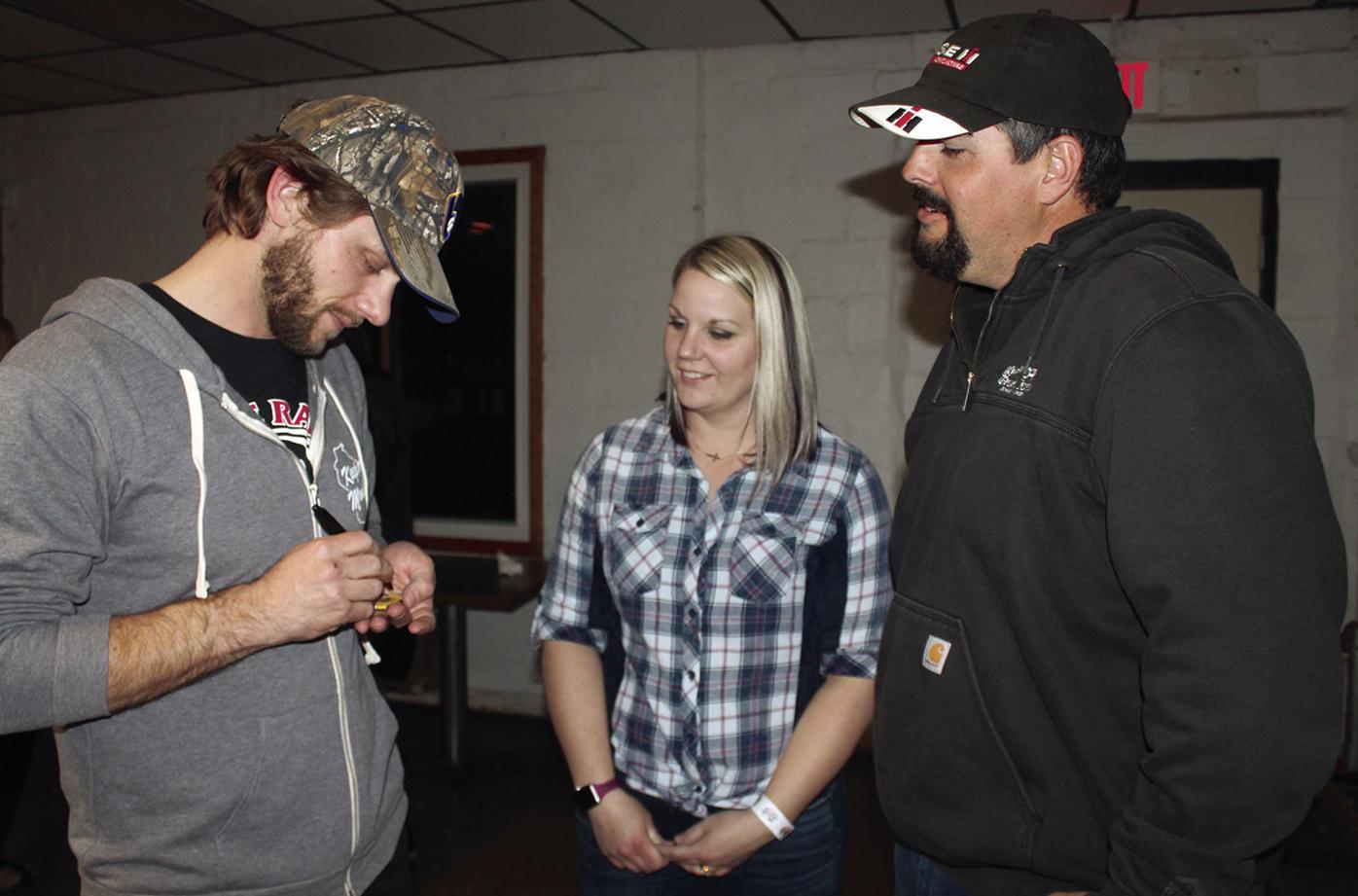 The first day of school at Waterloo Elementary School looked much different than in years past. Students, donning masks, lined up outside six feet apart before they were lead into the building by staff. Waterloo opted to have a hybrid school year, offering in-person and remote education. The district has needed to close facilities down four times due to COVID-19 cases but has not needed to shift the entire district to online learning. 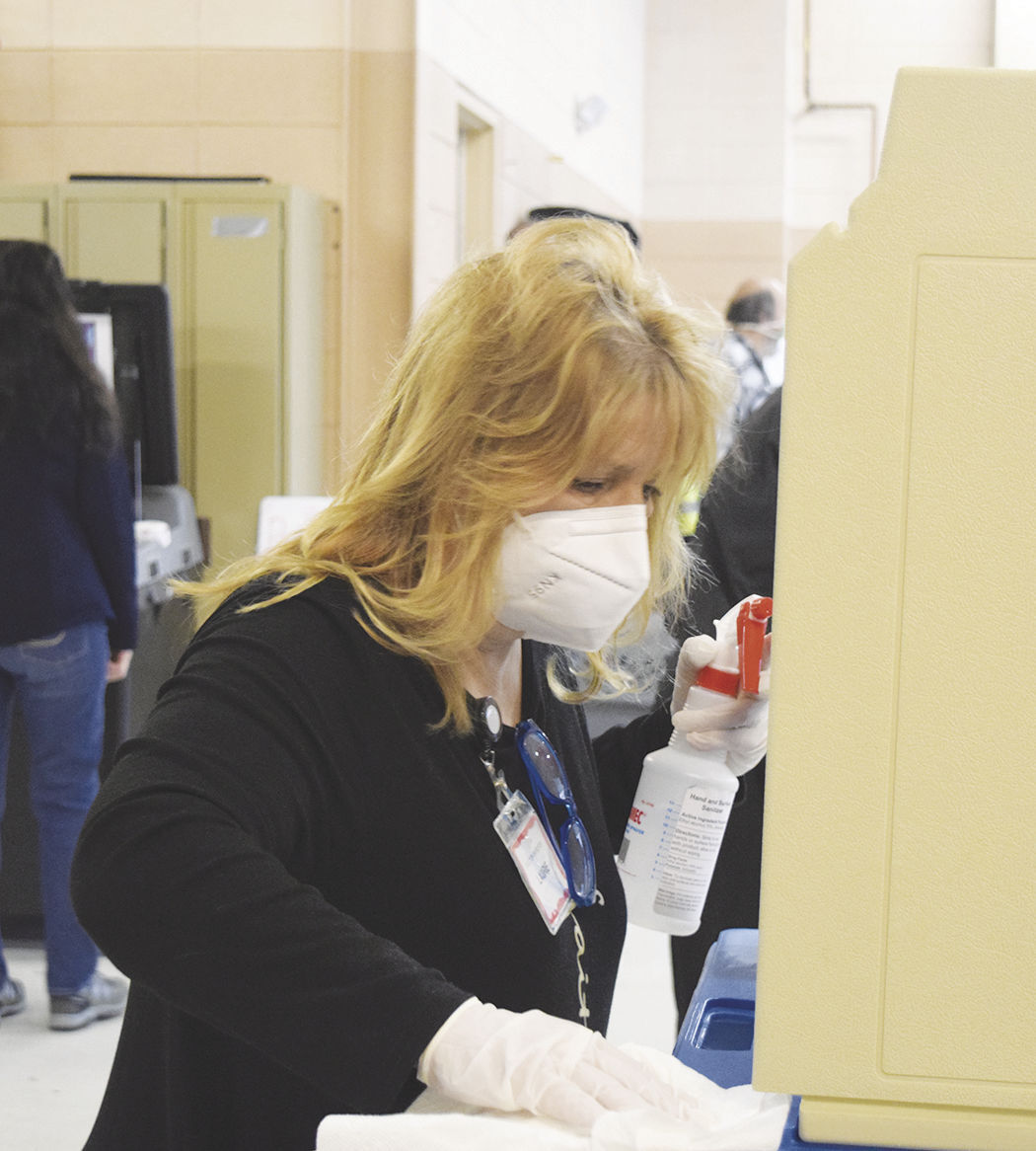 Election Day looked much different in 2020 than in years past. People wore masks as they cast their ballots and election workers continuously sanitized the election booths to prevent the spread of coronavirus. The pandemic impacted the lives of everyone in nearly aspect, including school, government, and workplaces.

There is no denying the coronavirus had a huge impact on every level. This year, a large portion of our stories were related to its impacts on the local communities. Here are just a few of the ways COVID-19 disrupted the lives of The Courier’s readers.

The Waterloo and Marshall school districts started to plan in early March for ways to mitigate the virus, which at the time had only two confirmed cases in the state. This included more hand washing time and ensuring there were plenty of disinfecting products at the district’s disposal. When Gov. Tony Evers declared all Wisconsin schools would close Monday, March 16 both public school districts anticipated having students and staff return in early April. Instead, Evers later shut down all schools for the remainder of the year.

While the remainder of the school year was conducted virtually, with Waterloo and Marshall providing all of their students with technology devices, it meant the cancelation of spring sports, the Prom, concerts, and other school-sponsored events. Both districts did hold graduations with Waterloo opting for a drive-through method for graduates and their families to pick up their diplomas and pose for pictures at the elementary school entrance; Marshall allowed each student and several family members into the gym for a brief ceremony where the graduate was able to walk across the stage to accept their diploma in the presence of their family.

During the summer, school district administration, staff and boards worked on how best to reopen the buildings in fall and what instruction would look like. Waterloo decided to open with a hybrid model where families could choose either in-person or remote instruction. The board also voted that all students, staff and visitors must wear masks when in the school facilities.

Things were a bit more restrictive in Marshall, where the district fell under the mandates of Public Health Madison & Dane County. The students began with all remote instruction before the Early Learning Center opened up Oct. 19 for children in grades PreK-2, allowing families to decide if in-person or virtual instruction was the best option. The ELC was open for a bit more than two weeks before it needed to close due to staffing shortages.

So far this year, Waterloo has closed the high school twice and the intermediate/middle and elementary schools once due to COVID-19 cases.

Additionally, the Marshall School Board voted to allow fall and winter sports be conducted with safety measures in place. Under Dane County’s restrictions, the athletic teams needed to find locations outside of the county to practice.

As the state battled over voting dates and regulations, municipal clerks had to prepare for any last minute changes that may be voted on by the State Supreme Court. In the end, the spring and fall election dates remained in place. What had changed was the proposed safety precautions. All voters were asked to wear a face covering while at the polls, as were all poll and Election Day workers.

Additionally, those working at voting locations sat behind plexiglass dividers, wore gloves and face coverings, and had plenty of hand sanitizer.

Nearly half of the total, local voters took advantage of absentee ballots by either mailing them to the clerk’s office, using a municipal drop box, or voting in-person absentee.

Waterloo’s Wiener & Kraut Day was canceled this year, the first time it would be run by the city’s parks department. In April, the Waterloo Chamber of Commerce decided to disband due to the lack of people stepping up to fill leadership roles. The Chamber had been responsible for putting together the annual event, held the second Saturday of September. In an effort to keep up the community’s yearly event, the city agreed to take it over.

The other large events canceled due to coronavirus were Waterloo’s Fourth of July celebration; Lion’s Club Riverfest and Steak and Lobster Dinner; the Marshall Area Business Association’s Main Street Mania block party, which is held the fourth Saturday in September; and Santa at the Fire Station hosted by MABA and Marshall Fire Department.

The Waterloo American Legion Auxiliary had planned to mark 100 years in 2020, but the event was curtailed due to the pandemic.

The Lion’s Ice Fisheree was able to be held in February, the only large-scale event that was conducted this year.

Second Lady Karen Pence visited Waterloo less than a week before Election Day to rally support for President Donald Trump. Pence held a public event at The Venue at River’s Edge after taking a tour of the Crave Brothers Farmstead Cheese.

At the rally, she reminded those in the audience how important Wisconsin was to the presidential election. Pence touted how under Trump, jobs were created in Wisconsin and built up the United States economy. She also claimed the United States had the largest availability of COVID-19 testing “than anywhere in the world.”

During the Second Lady’s appearance in Waterloo, a small group of Joe Biden supporters gathered outside the venue. There were no incidents between the two groups.

There were only two contested local elections on the spring ballot, resulting in new members on both school boards. Newcomers Eric Armstrong and Staci Abrahmson were voted on to the Marshall School Board while newcomer Kate Lewandowski and current board members Matt Schneider and Nancy Thompson received the most votes in a four-person race for the Area 3 representatives to the Waterloo School Board.

Karen Stangler ran unopposed for the Area 1 representative for the Waterloo School Board.

Others who were re-elected were Marshall Village Board incumbents Tara Gibbons and Scott Michalek and Waterloo City Council incumbents Charles Kuhl, Eric Rhynes and Jeanette Petts.

Judy Weter was selected as the Marshall Village Administrator after the resignation of Adam Ruechel. She started in the role on March 16. Weter moved from Buckeye, Arizona, where she has worked since 2014 as the vice president of administration for Advanced Life Sciences. Before that, she lived in Wisconsin and was the village administrator of East Troy. She also served in various municipal roles in New Berlin and Johnson Creek,

Oshkosh-based recruitment firm Public Administration Associates LLC has been assisting Marshall in hiring Ruechel’s replacement following his decision to leave the position in November. There were 20 initial candidates for the role.

A handgun was one of the items stolen during a rash of thefts from vehicles on Sept. 13 in Marshall. The gun was later recovered in another jurisdiction.

During the latter part of the year, Waterloo and Marshall residents became the victims of criminals who were stealing anything considered valuable in vehicles. Waterloo Police Chief Denis Sorenson noted the automobiles were accessed through unsecured doors; Marshall Police Chief John Nault found the same was true in the village.

Marshall will be seeing a new municipal building in the future after the village board voted Dec. 1 to construct a new facility in response to the deterioration and overcrowding of the current building which is home to village administration, public meetings and the entire police department. The new facility will be built on the same lot as the current one.

No cost estimates for the project have been released.

Petry Trust No. 1988 purchased five parcels within the Waterloo-owned Treyburn Farms Subdivision at the price of $191,500. As part of the developer’s agreement, Petry Trust is obligated to enter into a three-year partnership with the city to promote and market Waterloo advancing the construction of new residential properties.

The Petry Trust also bought 35 lots in the DeYoung Farms Subdivision. However, the DeYoung development had some neighbors concerned about the Petry Trust’s ability to build multi-family units and duplexes on the five parcels, which is allowable with the city-issued conditional use permit. Based on discussion by the city council, many of the issues had to do with Petry Trust following the subdivision covenant, which the city is not responsible for enforcing.