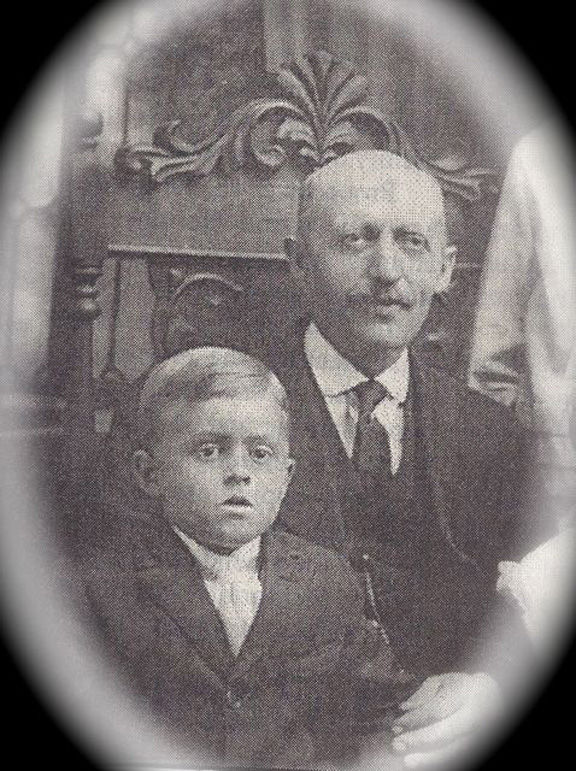 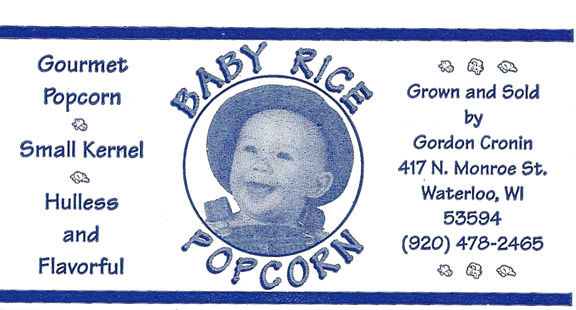 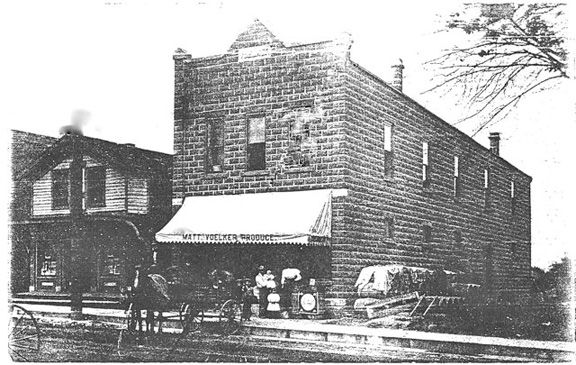 Matt Voelker's name is still visible on the building at 120 N. Monroe St. where Baby Rice Popcorn seeds and other produce  was sold from 1903 to 1920. The building was sold to Loren Skalitzky in 1920 who sold plants and seeds. Now it is the Cut and Curl a hair salon. 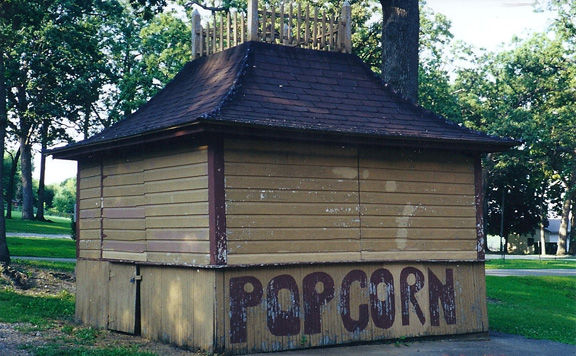 The popcorn stand in Fireman's Park

Matt Voelker's name is still visible on the building at 120 N. Monroe St. where Baby Rice Popcorn seeds and other produce  was sold from 1903 to 1920. The building was sold to Loren Skalitzky in 1920 who sold plants and seeds. Now it is the Cut and Curl a hair salon.

The popcorn stand in Fireman's Park

Recently, we lost a faithful member of The Waterloo Area Historical Society, James “Skip”Archie. Skip was one of the early founders of the society. Skip died Sept. 22, 2015. A couple of years ago he delivered boxes of popcorn receipts and other paper memorabilia regarding his Grandfather Matt Voelker’s Baby Rice Popcorn business. This is written with the spirit of Skip who left us with many artifacts of Waterloo, among them the story of Baby Rice Popcorn.

Dorothy Jensen’s book, The Firemen’s Park, tells about the legacy of the Baby Rice Popcorn development in early Waterloo. It also describes Skip’s pursuit to preserve the tasty small kernel popcorn building that his grandfather built and was located in Waterloo Firemen’s Park. The “Popcorn King,” also known as Matt Voelker, was an early business entrepreneur, inventor, and marketing man who valued a hard work ethic, family values and a “can-do” spirit without big business connections. Just his own intuitive expertise. Voelker lived from 1868 to 1925.

Matt Voelker was born in the Town of York. He received a one room school education, then moved on as hired help in Columbus, soon to return to Waterloo. In 1903, he married Mary Huber of Chicago and soon five children were born. Four daughters; Margaret, (Skip’s mother’s name was Margaret, married James E. Archie)  Helen,  Anna, and Agnes, and son John.  It is John’s picture on Baby Rice Popcorn that was advertised years ago as a loving gesture to his only son.

In 1904, Matt bought the produce business of Roach and Seeber, as they were focusing on cold storage products of butter and milk. Matt concentrated on produce, grains, and helping farmers plant food crops. He specialized in developing a small grain of popcorn, called “Baby Rice.” Through various planting techniques, and experimenting with different soils, a new popcorn evolved.

In 1906, The Waterloo Democrat states Matt Voelker of Waterloo invented  an  “improved scoop” which was used to gather up grain. This scoop factory opened in Waterloo and sold 90 scoops a day.

Voelker wrote a small booklet in 1917, titled “ A Short Discussion of the Culture of Pop Corn.” His corporation told of planting this special popcorn seed, soil selection and cultivating and harvesting popcorn. The popcorn production was found in many states South Dakota, Iowa, Ohio to mention a few, with home office in Waterloo. Baby Rice Popcorn Company thrived from 1898 to 1930, and is still harvested today. It is  highly successful because of marketing and inventive ways used  by Matt and business partners F. C. Stokes, August W. Schultz, and Louis E. Schultz, Roy Woelffer, and Romey Heidemann.

Skip,  along with restoring the original popcorn stand, was instrumental with society President Jim

Hyer in acquiring display cases and hauling them to the museum. Popcorn memorabilia has a special display.

The funeral for Matt Voelker was held at St. Joseph’s Church, Oct. 2, 1925. The church on Polk Street is  now The Waterloo Area Historical Museum. It is reported that the church was filled; many waited on the lawn outside to say a final farewell to their friend. All businesses were closed.