A row of bars and strip clubs line the main drag of Hurley, a former mining town in northern Wisconsin. The area has high rates of alcohol abuse, as well as high rates of mental illness and childhood trauma. Photo taken Aug. 28, 2019. 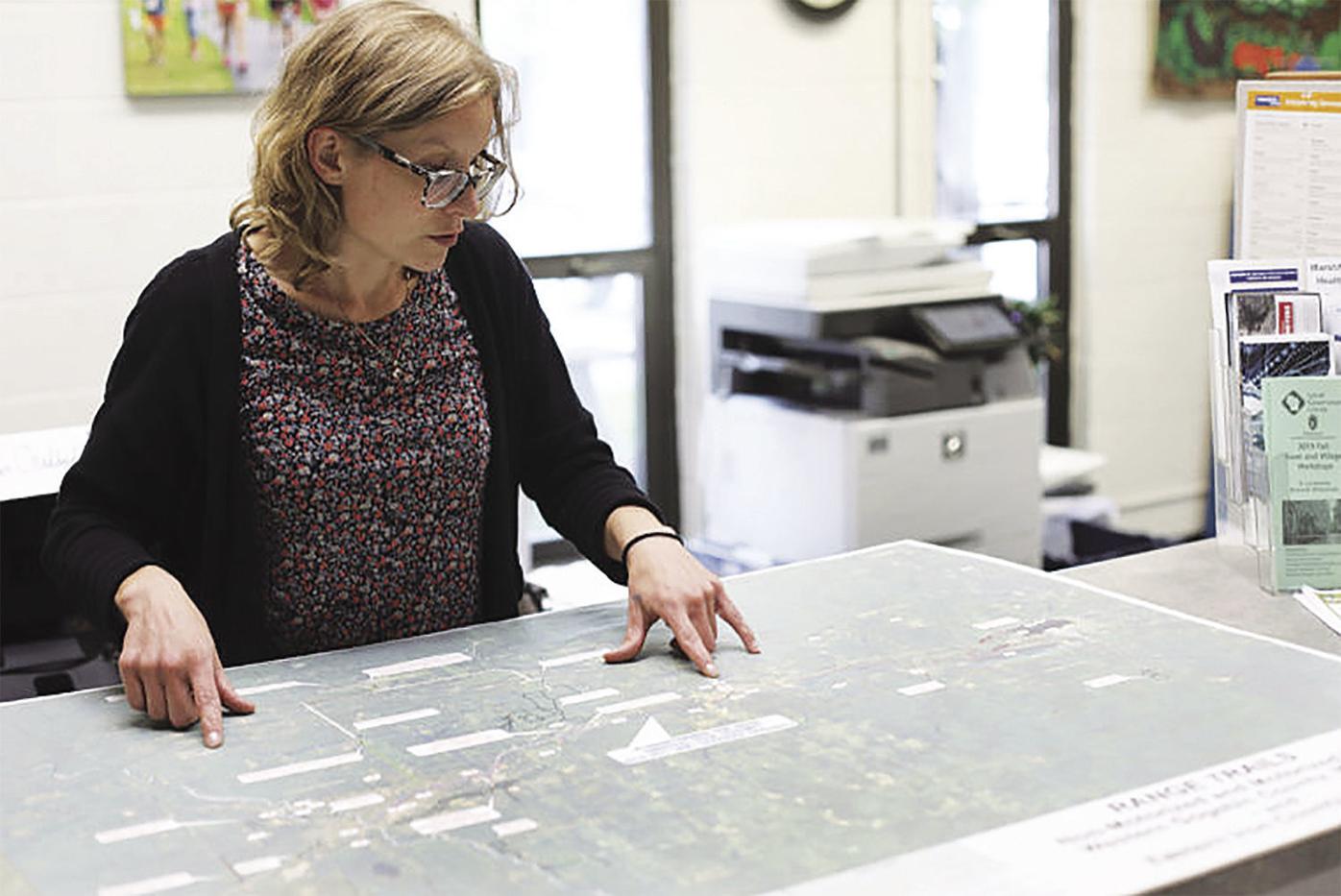 University of Wisconsin-Extension agent Amy Nosal calls it a regional dream: a network of walking, biking, and water trails in Iron County. Community leaders hope the trails will encourage health and the economic development of the area, which was plunged into an economic and cultural depression in the 1960s when mines in the area closed. Photo taken Aug. 28, 2019. 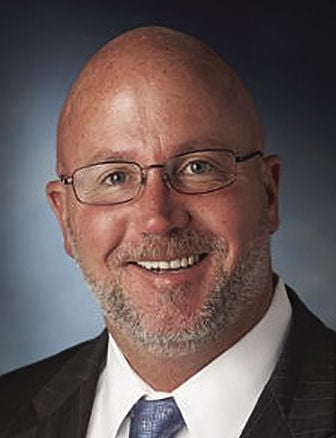 Dave Mosley is the managing director of Navigant Health Care, a health care consulting group. He says rural hospitals are hamstrung by antiquated payment models, old infrastructure and stalled federal legislation that could help the situation. Many rural hospitals were built to accommodate growth, Mosley says, but “We’ve seen, of course, in many areas the rural communities are not growing.”

A row of bars and strip clubs line the main drag of Hurley, a former mining town in northern Wisconsin. The area has high rates of alcohol abuse, as well as high rates of mental illness and childhood trauma. Photo taken Aug. 28, 2019.

University of Wisconsin-Extension agent Amy Nosal calls it a regional dream: a network of walking, biking, and water trails in Iron County. Community leaders hope the trails will encourage health and the economic development of the area, which was plunged into an economic and cultural depression in the 1960s when mines in the area closed. Photo taken Aug. 28, 2019.

Fading murals of children, their arms outstretched to iron ore and timber tumbling overhead, celebrate a heyday that has long since passed by Hurley, Wisconsin.

The city of 1,500 in Iron County and Ironwood just across the Montreal River in Michigan’s Upper Peninsula were devastated when the area’s mines closed in the 1960s. Fifty years ago, Hurley had 2,500 people. It is now down to about 1,500.

“We watched the place start to dry up,” said Karen Hagemann, a longtime resident of the area. “A lot of my friends, acquaintances, people from school and church, they moved away because they had to, the parents had to find other jobs.”

“When the mines closed, everyone got really depressed, and it’s kind of lingered through the generations,” agreed Amy Nosal, a University of Wisconsin-Extension agent for Iron County.

Hurley does not have a hospital, but Ironwood, Michigan, does. For specialty care such as radiation oncology, however, people have to commute to Ashland, 40 minutes from Hurley, or Minoqua, which is an hour away.

Transportation can pose a barrier. For weeks on end, County Human Services Director Cally Kilger said one county employee drove a resident to Ashland to get cancer treatment.

This is true across rural America, where specialty care and surgery typically require much longer drives. Bob Traczyk and his wife learned that firsthand when she started having trouble lifting her right leg while walking. The two drove 200 miles roundtrip twice a week to see specialists in Duluth, Minnesota, until she was finally diagnosed with multiple sclerosis.

“That was a heavy burden for us,” he said. “It was like eight hours were shot, the whole day.”

Dave Mosley, managing director of Navigant Health Care, said rural hospitals in Wisconsin will “hit a crunch” unless they can recruit physicians, which will be difficult without amenities such as adequate broadband, good cellular service and businesses that add to the quality of life. And he says some residents will not feel safe moving to these areas unless they have adequate medical services.

Already, 68 of Wisconsin’s 72 counties qualify as Health Professional Shortage Areas for primary, dental or mental health care, according to Health Resources & Services Administration data. Sixteen rural counties do not have a single psychiatrist, according to Wisconsin Medical Society data.

Iron County has among the worst health outcomes in the state, with a high rate of premature death. Kilger said county employees often act as backstops for a health care system that does not work for everyone.

Kilger said some residents struggle with addiction, and methamphetamine and alcohol abuse are common. The area suffers from high unemployment, high rates of mental illness, social isolation during winter months and childhood traumas.

“If we had some more resources in this area, we could potentially . . . not be that backstop all the time, and that would have better outcomes for people,” Kilger added.

Nosal pointed to a map of Iron County, one of Wisconsin’s northernmost counties. It shows a network of trails for walking, biking, kayaking and cross-country skiing. For the county’s residents, the trails would make it easier and more appealing to exercise.

Rita Franzoi, director of the Hurley Area Chamber of Commerce, said the trails serve the dual purpose of improving the local economy, too. The county had seen its population slowly dwindle since the 1920s, but a survey showed that young people have moved to Iron County for its outdoor recreation.

“It’s a shift in that people are working to play, they’re not living to work,” Nosal added.

It is a new model of economic development which Will Andresen, who leads the UW-Extension Institute for Community Development from his office in Hurley, called “community gardening.”

Traditional economic development uses strategies such as tax incentives for businesses and industrial parks to draw people in search of jobs. Andresen said those efforts garnered some success but were never enough to stanch the bleeding.

Andrea Newby, program director of the Gogebic Range Health Foundation, which has funded the trail project, thinks so too.

“We know from research that having walkable, bikeable communities improves health and the economy,” she said.

John Eich, director of the Wisconsin Office of Rural Health, said for many rural areas of the state, money, people and jobs have flowed away to urban areas like an “hourglass draining sand.” Vibrant communities maintain their hospitals, he added.

“You go to a rural community that has a small college and you visit their downtown and it feels vibrant. But in another community 20 miles away, it feels like a ghost town,” Eich said.

This project was made possible with support from the Institute for Nonprofit News and the Solutions Journalism Network. The nonprofit Wisconsin Watch (www.WisconsinWatch.org) collaborates with Wisconsin Public Radio, Wisconsin Public Television, other news media and the University of Wisconsin-Madison School of Journalism and Mass Communication. All works created, published, posted or disseminated by the Center do not necessarily reflect the views or opinions of UW-Madison or any of its affiliates.