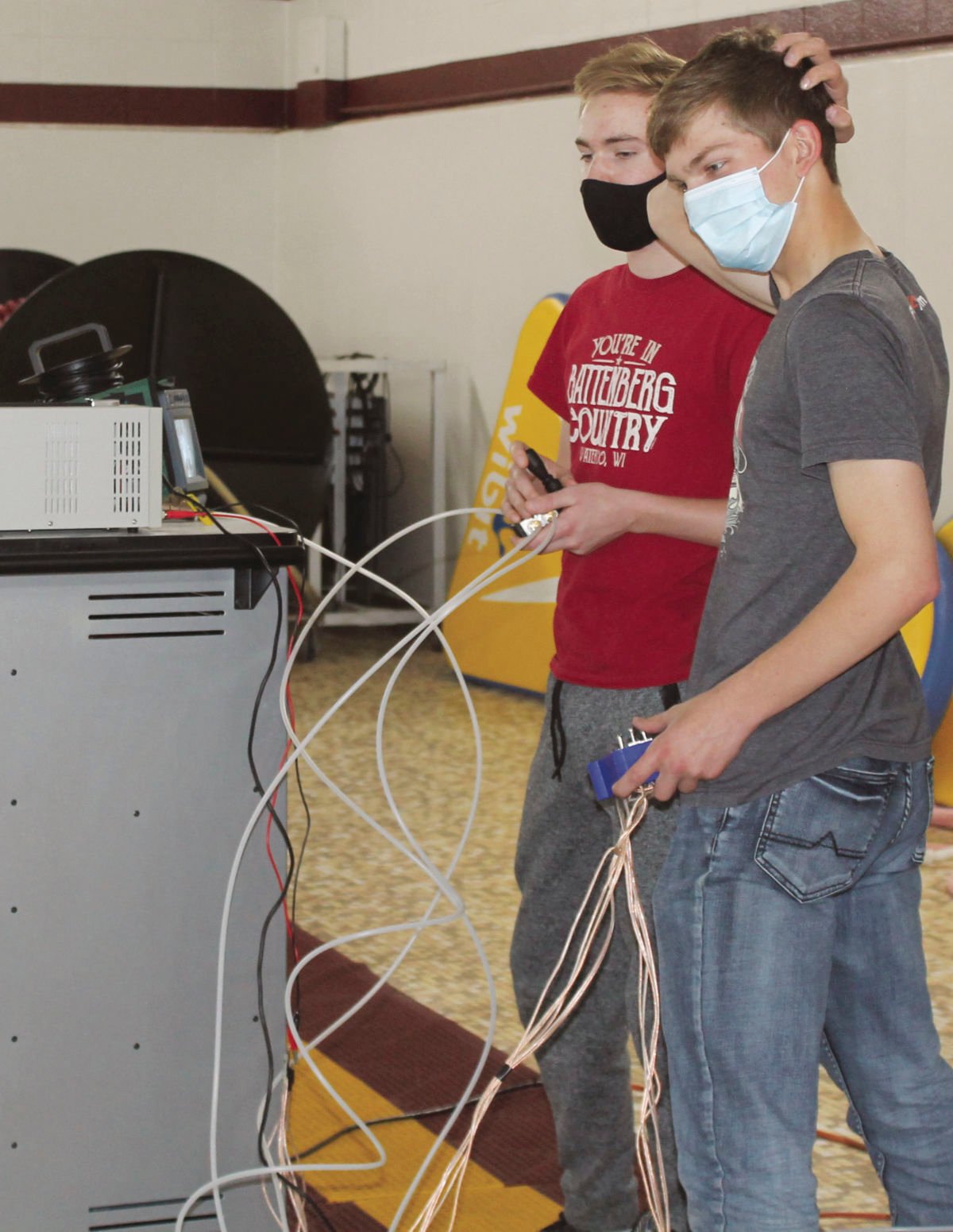 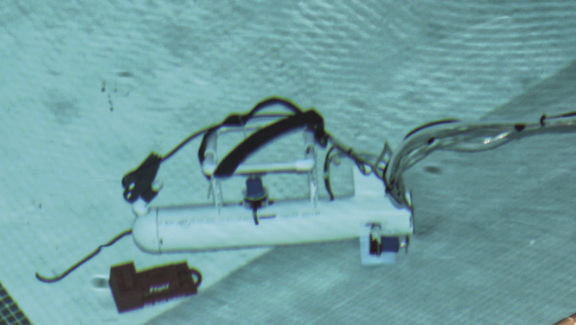 An underwater remove operated vehicle created in Michael ‘Mac’ Chopin’s Waterloo High School high-level engineering class. A group of four students worked on creating the prototype to retrieve a black box stand in using a hook attached to the end of a bilge pump motor seen in the photo.

An underwater remove operated vehicle created in Michael ‘Mac’ Chopin’s Waterloo High School high-level engineering class. A group of four students worked on creating the prototype to retrieve a black box stand in using a hook attached to the end of a bilge pump motor seen in the photo.

Seven high school students stood at the edge of the Waterloo Community Pool during the afternoon of May 5. Divided into two groups, the boys were tasked with retrieving a mock up of a flight data recorder, commonly known as a black box, using underwater remotely operated vehicle (ROV).

The challenge was the culmination of a bit more than a half of the semester’s work for Michael ‘Mac’ Chopin’s engineering concepts class. He explained this is one of the higher-level technology classes offered at the high school with several prerequisites.

Even with access to everything in the shop, the groups were still required to work within a budget.

Chopin does have a 250-gallon test tank in the technology lab for the students to test out the designs before the final task of grabbling the faux flight data recorder from the deep end of the pool using remote controls tethered to the ROV.

This year, one group created a robotic arm attached to a skeletal square ROV to grab the black box stand in. The group was able to retrieve the flight data recorder multiple times without effort.

Seniors Jackson Christenson and Andrew Battenberg were part of the three-person team that made the device with an arm. Christenson said when determining the body of the ROV, the group looked at what was successful for past groups.

“We saw that box shape worked and we went wide for our propellers because you have to move less to make better turns,” he said.

Battenberg was tasked with the 3-D printing of the grabbing arm.

“Using a pneumatic tube we were able to open and close the claw and we’re able to keep constant pressure on it so it can actually hold on to sometime,” the senior said.

The other group used a simple hook concept for the retrieval method. Chopin explained they used air for floatation and bilge pump motors “because they are waterproof so they work really well as propellers.”

Retrieval a bit more of a challenge with this ROV as it required lining up the hook with the makeshift black box in order to snag it from the bottom of the deep end of the pool.

Chopin has been tasking students with creating underwater ROVs for a few years and typically it’s done within the first half of the semester. However, the teacher said a bit more time was allowed this year due to students having one day of remote instruction each week, putting a bit of a limit on the amount of time in the technology classroom and labs.

In past years, the engineering concepts class had as many as nearly 20 students enrolled, making the two groups slightly larger. In that instance, the teams were subdivided into smaller cohorts to find the best materials and designs for buoyancy, propulsion, manipulation and controls.

“This is a really unique for them and I think it’s really good real life project,” Chopin said.

Battenberg and Christenson agreed with their teacher, noting it required thinking outside of the box to find a solution and seeing the project from concept to seeing if it would work.

“It lets you figure out real world (problems),” Christenson said. “In every day, you’re not going to be working on projects and then not doing anything with them. It’s good to have a problem, know what the goal needs to be, and then find the process to get to that goal.”