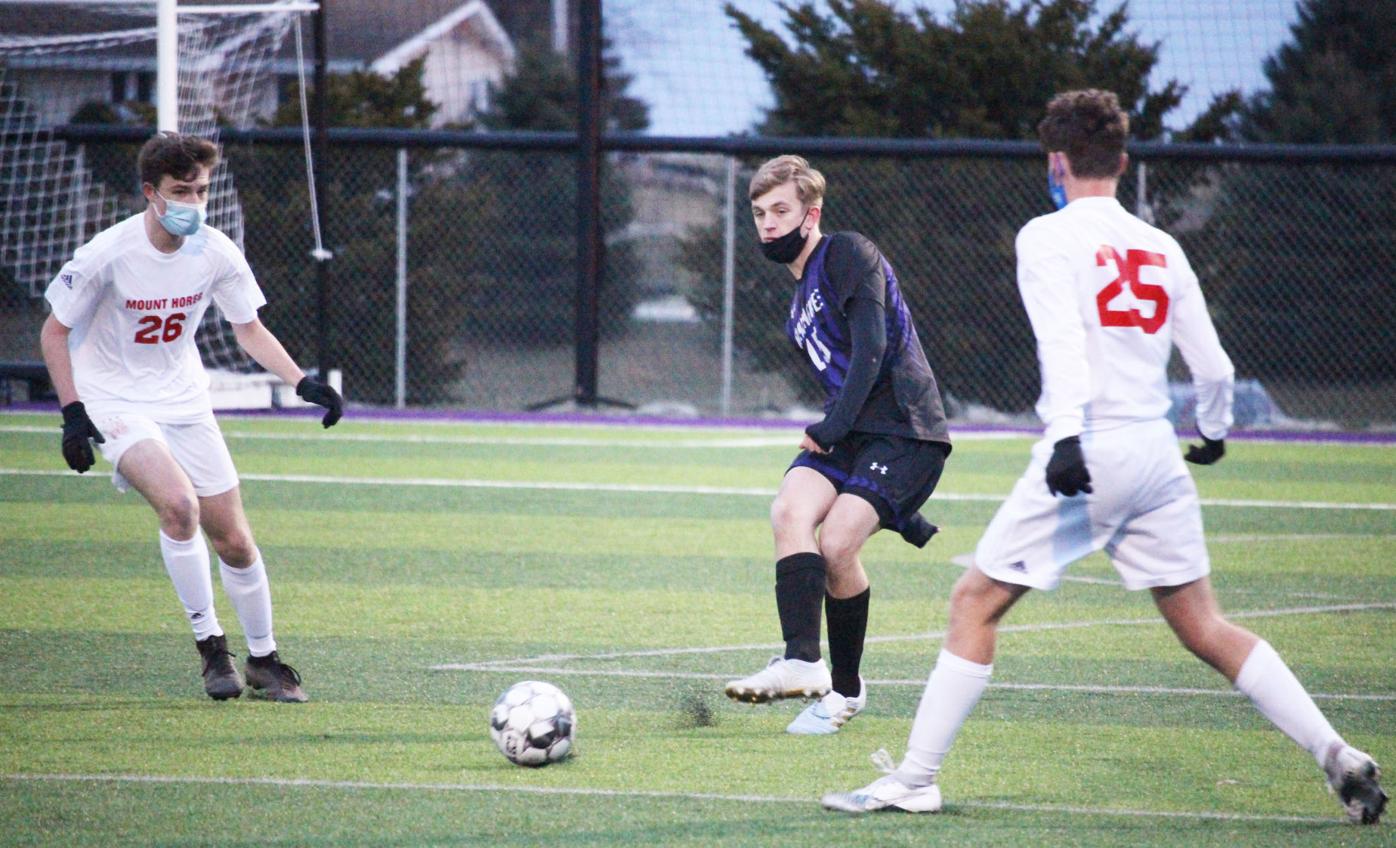 Waunakee’s Cole Helt hits a ball in between a pair of Mount Horeb defenders during last week’s season opener. 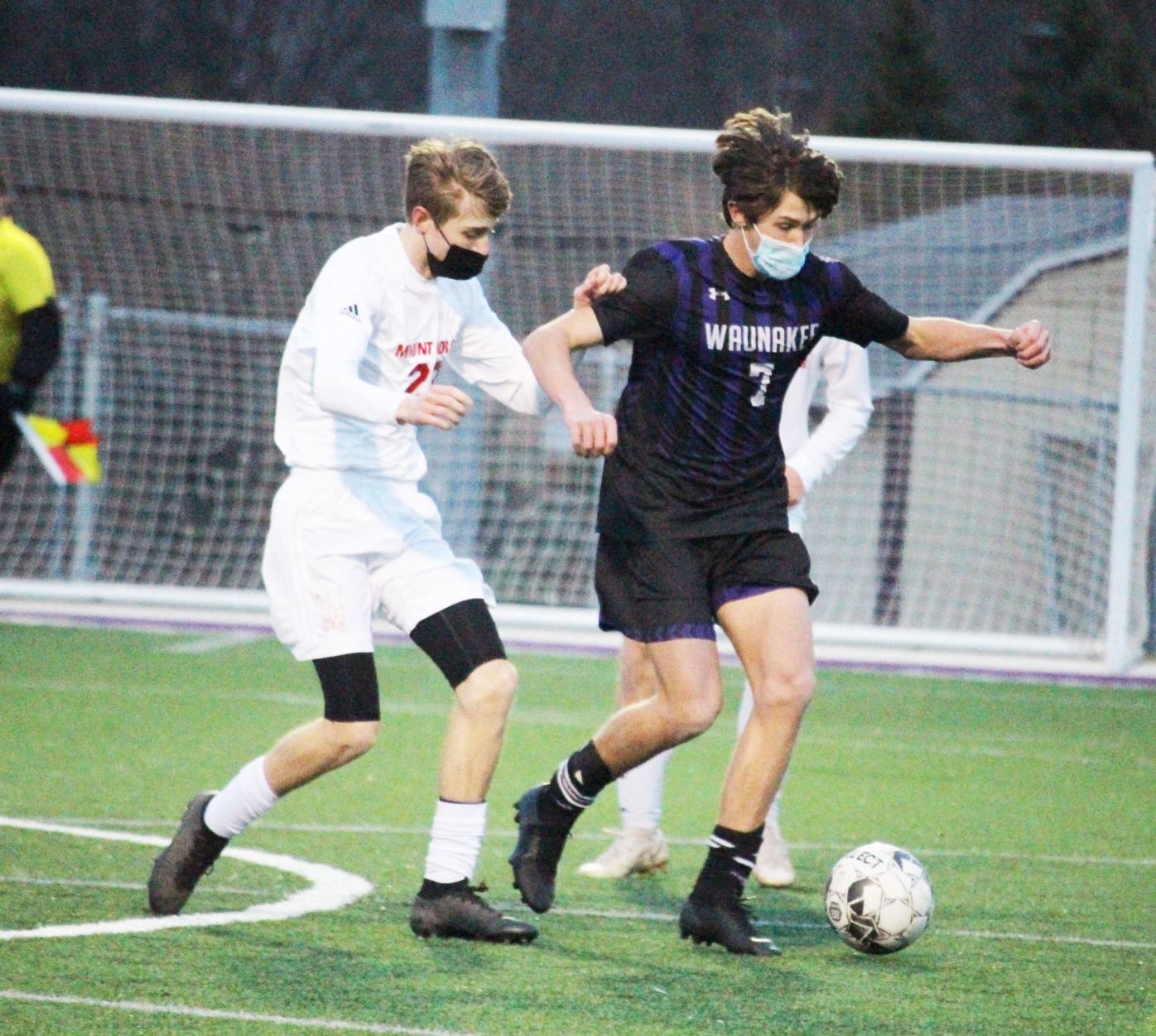 Waunakee’s Alex Hoopes takes the ball away from a Mount Horeb player. 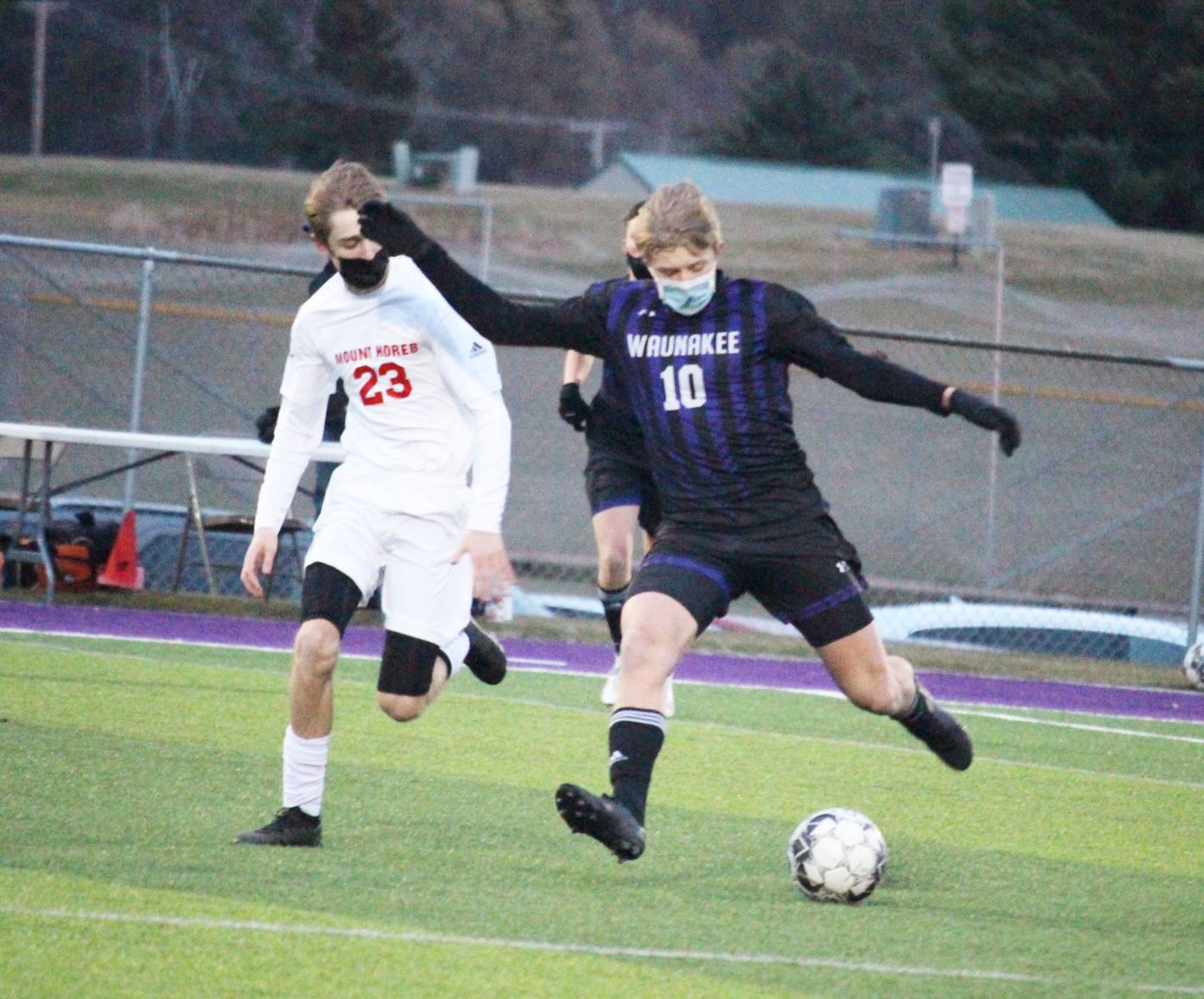 Waunakee’s Cole Helt hits a ball in between a pair of Mount Horeb defenders during last week’s season opener.

Waunakee’s Alex Hoopes takes the ball away from a Mount Horeb player.

The Waunakee boys soccer team had mixed results in the opening week of the alternate spring season. They Warriors came away with a split in a pair of home games.

“It was a great start to the season, with the team showing the potential for a successful season to come,” Waunakee coach Dave Kettner said. “The loss of Cole will be tough, but the rest of the team has shown the ability to carry on towards a very positive season ahead.”

It didn’t take the Warriors long to get on the scoreboard, as Nathan Dresen put the ball in the net off an assist by Mason Lee just five minutes into the contest.

After Mount Horeb tied the game 33 minutes into the game, Waunakee came up with the game-winning goal three minutes later. Zach Tiemeyer put the Warriors on top for good.

The Warriors had another close battle against 2019 WIAA state champion Verona last Saturday. The visiting Wildcats escaped with a 3-2 victory.

“It was a great, hard fought game,” Kettner said. “I’m proud on how our team stepped up to the challenge and really took it to Verona. If things work out, it would be great to see them again in the playoffs.”

Waunakee opened the scoring at the 29-minute mark with a goal by Drew Lavold. Josh Fried has the assist.

Verona tied the game a short while later on a goal by Jonathan Gamez.

Dresen put the Warriors back up with a goal on a penalty kick just before the first half came to an end.

Unfortunetly, the Wildcats scored two goals in the second half to come from behind in win. Samuel Abreau and Stanley Maradiaga both scored for Verona.

The Warriors will host Stoughton at 7 p.m. on April 8.