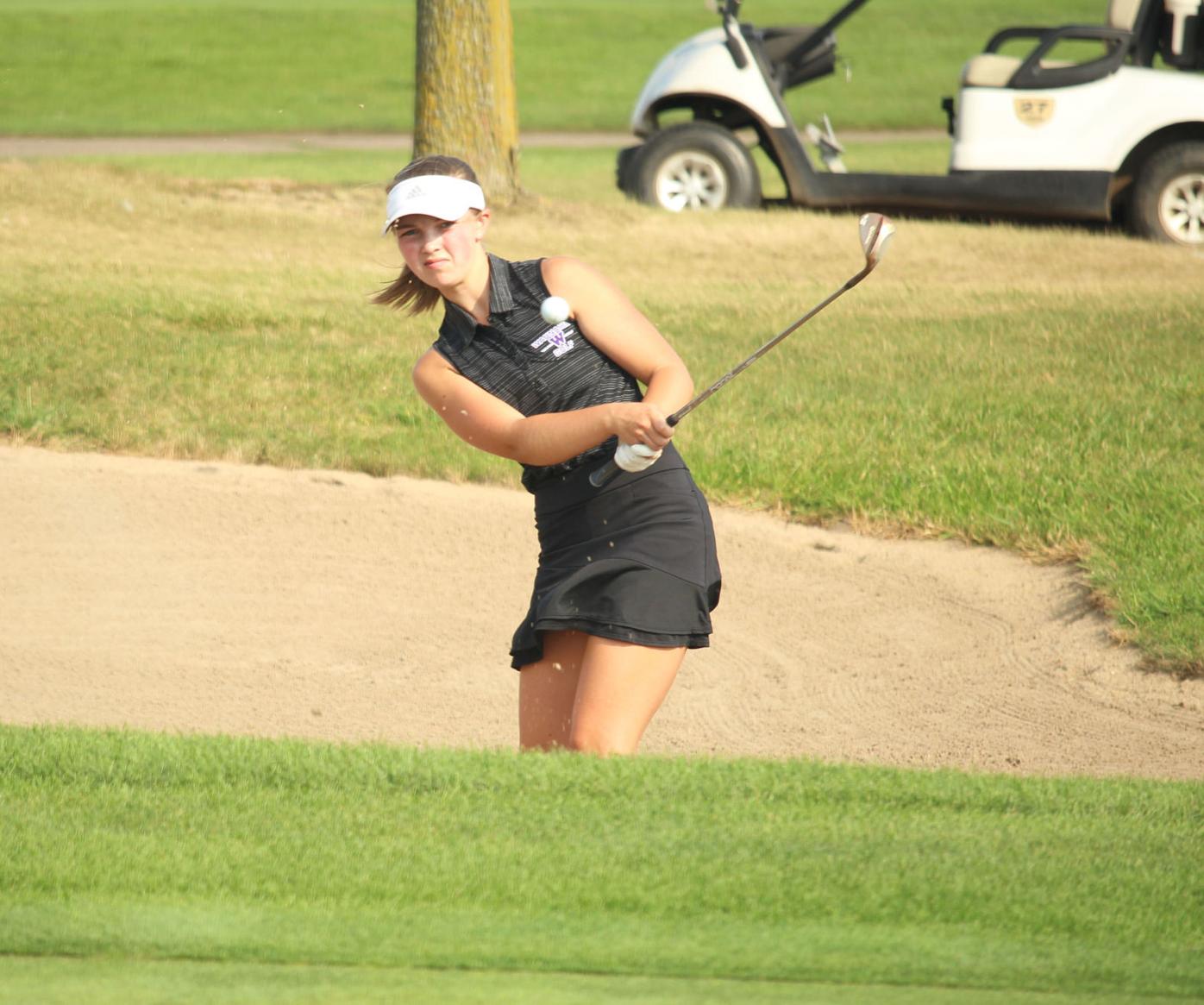 Waunakee’s Jordan Shipshock hits a ball out of the sand against DeForest. 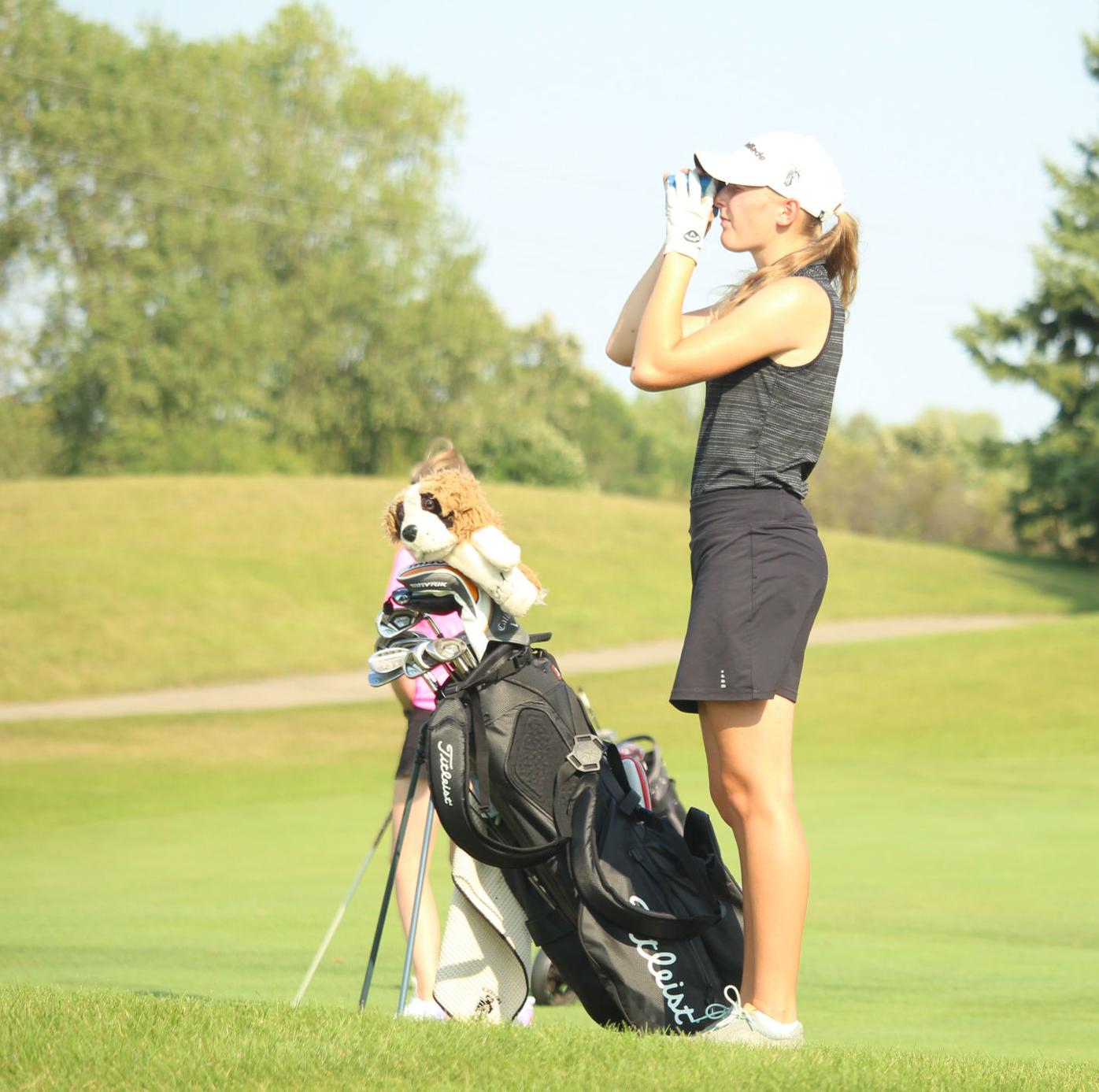 The Warriors’ Sydney Grimm tries to gauge the distance for her next shot. 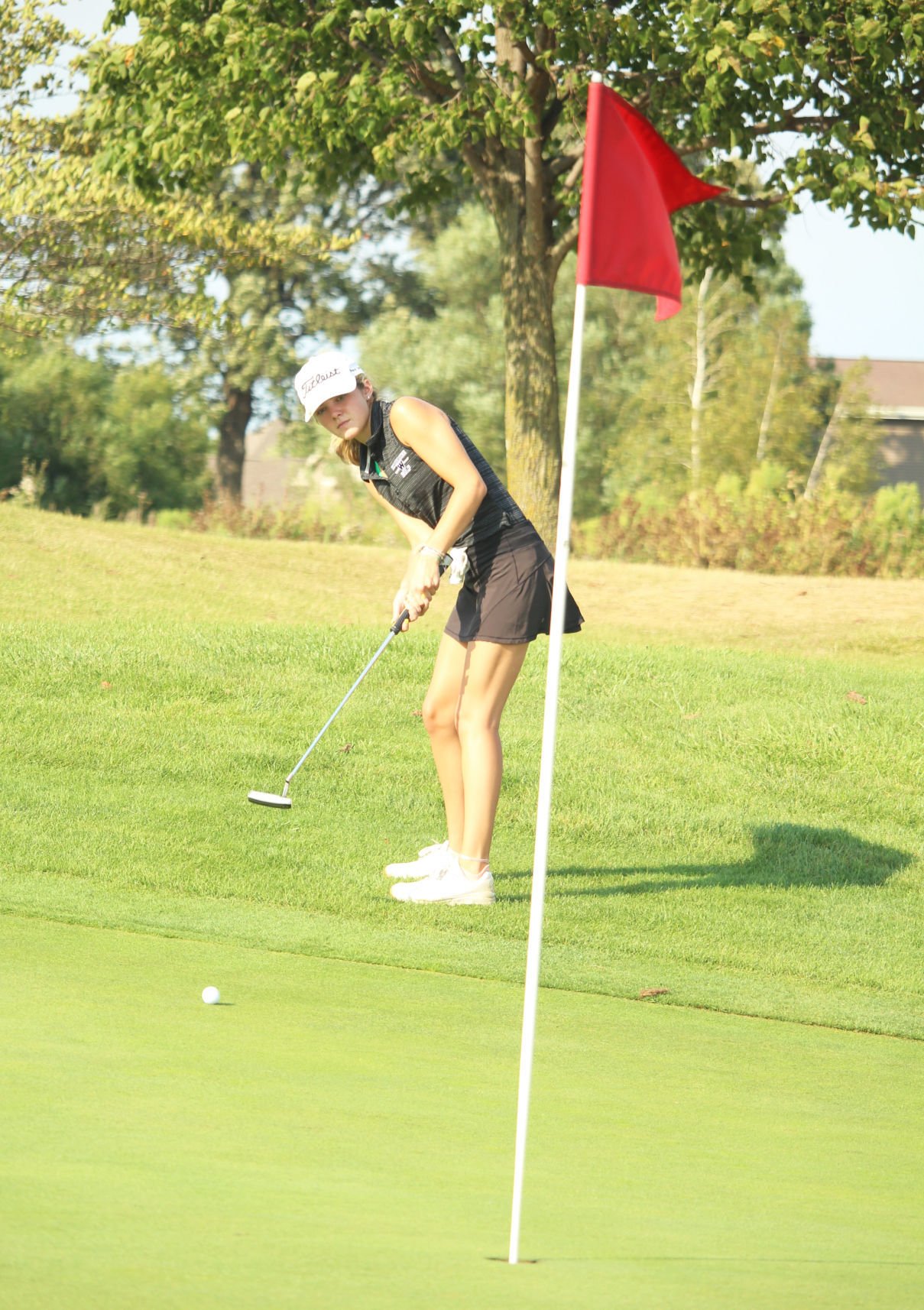 The Lady Warriors’ Aly Kinzel tries to make a long put against DeForest. 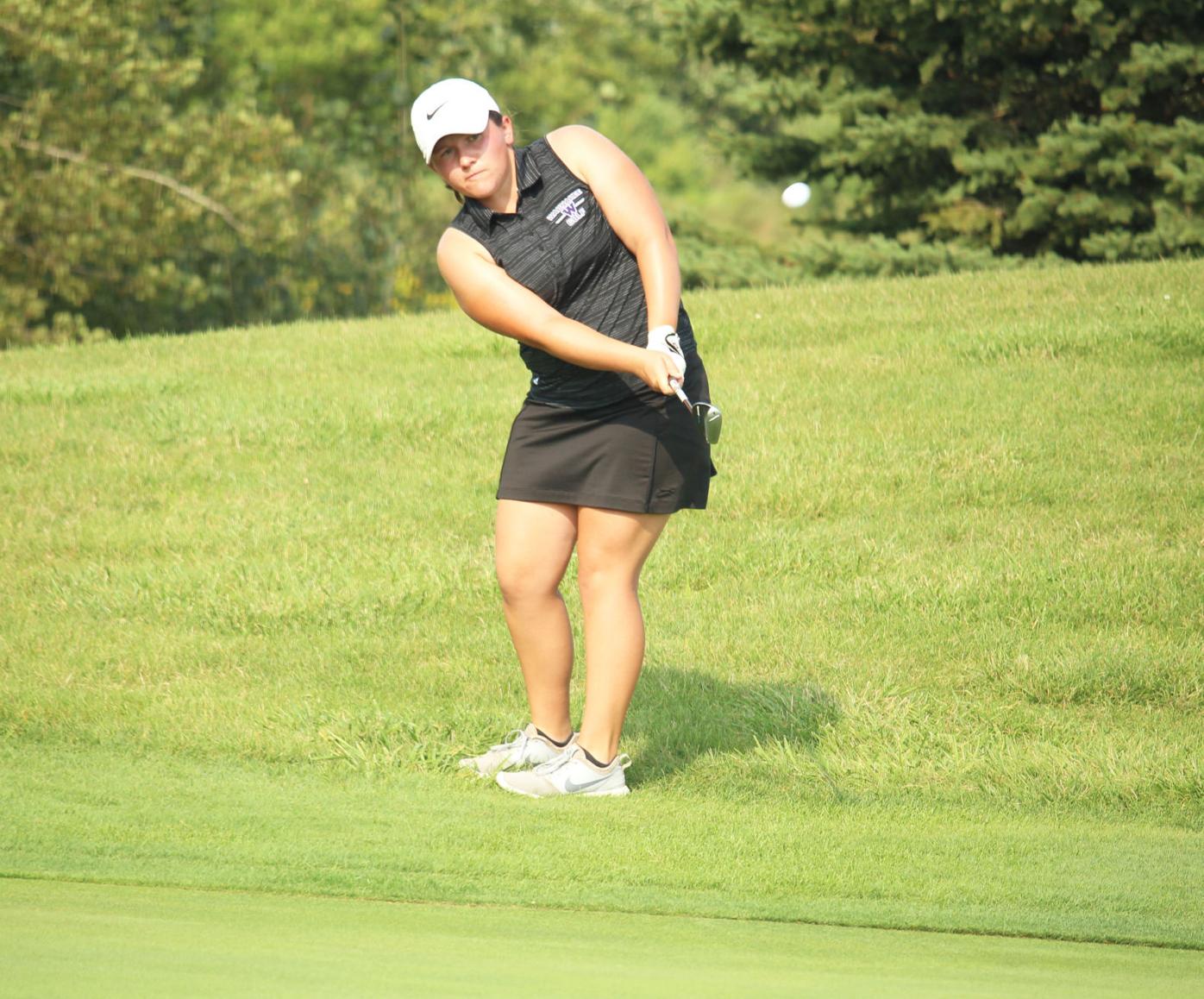 Waunakee’s Jordan Shipshock hits a ball out of the sand against DeForest.

The Warriors’ Sydney Grimm tries to gauge the distance for her next shot.

The Lady Warriors’ Aly Kinzel tries to make a long put against DeForest.

The Waunakee girls golf team faced a familiar foe on Aug. 27. The Warriors hosted longtime rival DeForest at the Meadows of Sixmile Creek.

The dual was split up into best ball and scramble formats.

The Lady Warriors had a great showing during best ball. All three pairings finished under 44 on the par 36 course.

Waunakee’s Sydney Grimm and Aly Kinzel led all golfers during best ball. They teamed up for an even par 36.

“Sydney Grimm, a senior, has had a fantastic summer season in junior golf tournaments and she has carried her strong and consistent play into the fall season,” Waunakee coach Paul Miller said. “Her 36 showcased her balanced game.”

The Warriors’ Natalie Hoege and Jordan Shipshock were not far behind with a 38.

“Seniors Aly Kinzel and Natalie Hoege have shown the stability this team needs in its No. 2 and 3 positions,” Miller said. “Having two players who the team can rely on to bring in consistent scores makes all the difference when looking to score well as a team.”

The Norskies’ duo of Taryn Endres and Ingrid Harke finished in third place with a 41.

Waunakee’s final best ball tandem of Izzi Stricker and Emily Humphrey came away with a 7-over 43.

DeForest had Lexi Scheuerell and Sam Mau come away with a 45, as did the Norskies’ combo of Tori Schnell and Kaylin Nesbitt.

“Newer players on the varsity scene include junior Emily Humphrey and freshmen Jordan Shipshock and Izzi Stricker,” Miller said. “These girls have shown tremendous dedication to their game during the offseason and have already been making significant contributions to the overall success of the team.”

In the scramble format, Waunakee’s Gabby Ziegler and Jordan Gross had the best round of the day with a 4-over 40.

Alli Lenling and Emma Gilding also performed well for the Lady Warriors. They shot their way to a 43.

“Gabby Ziegler, a sophomore, Jordan Gross, a junior, Alli Lenling, a senior, and Emma Gilding, a sophomore, have been bright spots in the development of their golf games and showcase the growing depth of the team,” Miller said.

Kaitlyn Baumgart and Taryn Loomis paced DeForest during the scramble format with a 50.

The Lady Norskies’ Amber Meyer and Marissa McPherson closed out the day with a 52.

The Lady Warriors will be back in action on Sept. 8. They will host Fort Atkinson at 4 p.m. at the Meadows of Sixmile Creek.