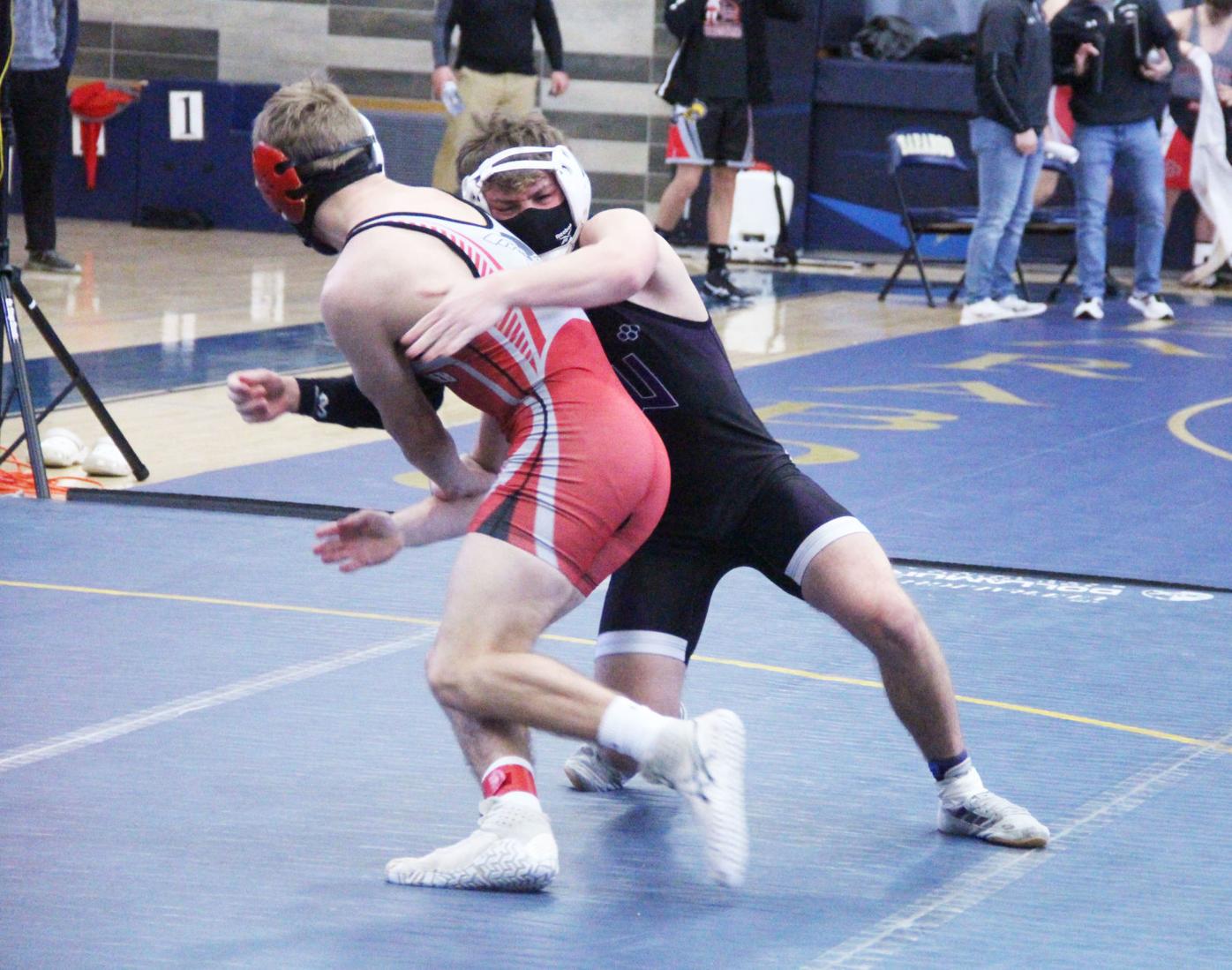 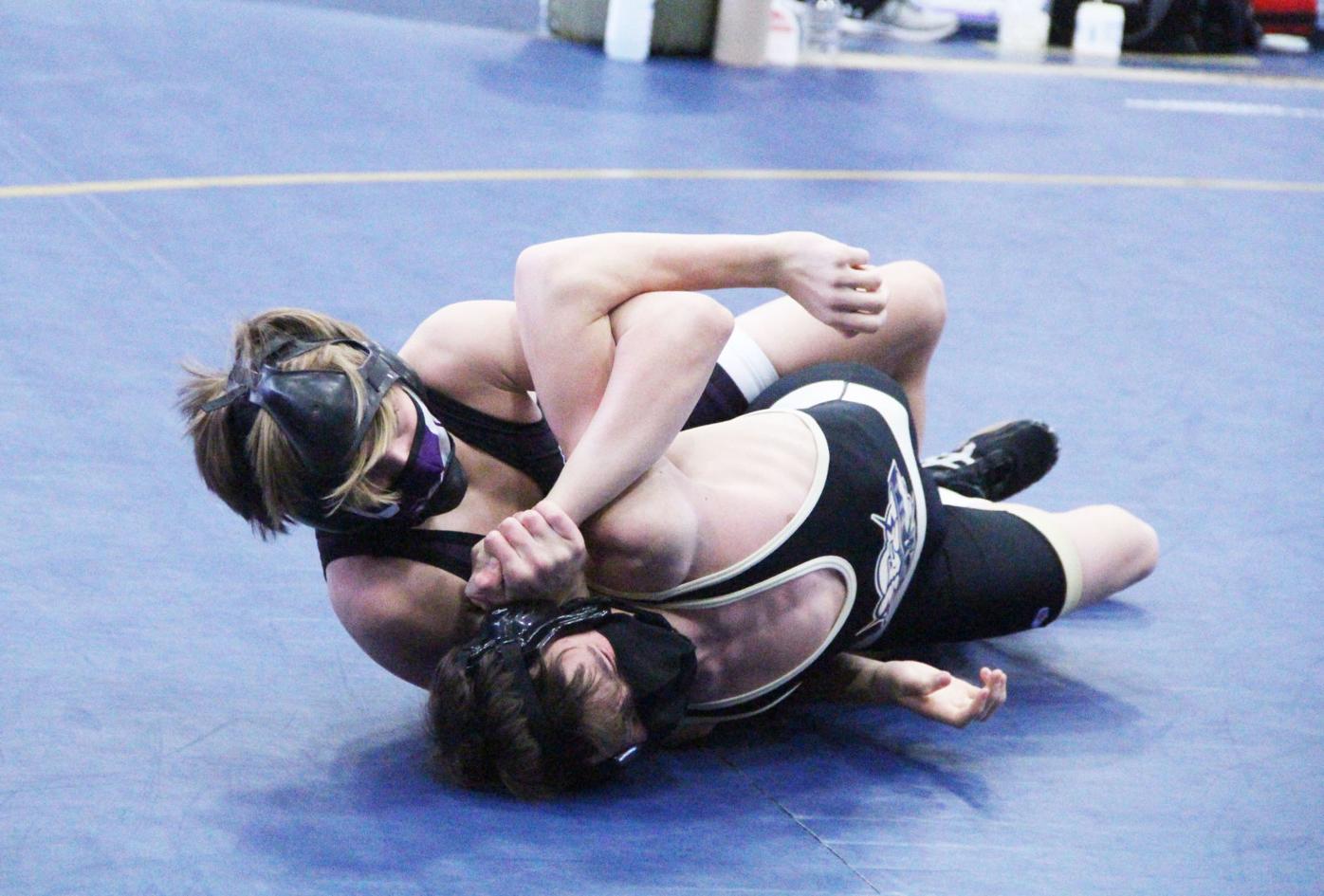 Waunakee 120-pounder Coltan Nechvatal works for a fall on his way to third place at the Baraboo regional. 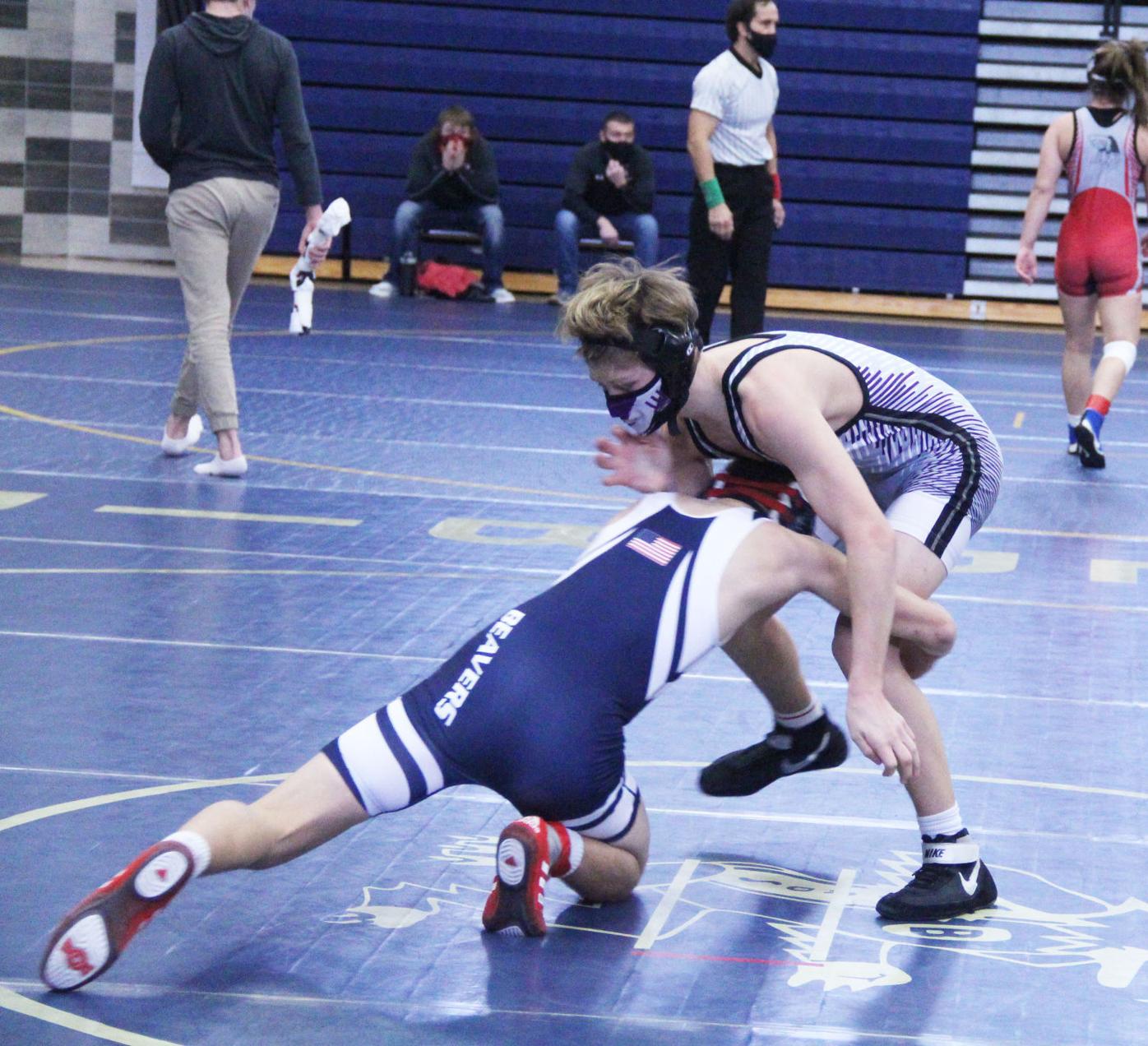 Waunakee 120-pounder Coltan Nechvatal works for a fall on his way to third place at the Baraboo regional.

The Waunakee prep wrestling team made another run at a WIAA Division 1 regional title last Saturday, but the Warriors fell just short their fourth straight title.

“With only the top two advancing on, we knew it would be tougher to get as many guys through as in the past,” Waunakee coach Mark Natzke said. “Those guys now have an opportunity to wrestle next Saturday with a chance to go to state. At sectionals anything can happen and usually does.”

Freie, Heinz, Lorenz, Ellis and Schweitzer all came away with regional titles.

Freie capped off his day with an 11-9 victory over Reedsburg’s Trenton Curtin in the championship match.

“Jayden had a wild one in the finals,” Natzke said. “He got himself in trouble in the first period and got put on his back, but he fought off of it and battled back. Late in the match, he was trailing and turned the kid to his back in a cradle to get some nearfall points in the last 10 seconds to pull out the victory.”

Heinz was a 10-0 winner over Reedsburg’s Peyton Fry in the finals.

“He was able to control his opponent the entire match in the finals,” Natzke said. “He never looked in trouble at all and just dominated.”

Lorenz pinned both of his opponents on Saturday, including Sauk Prairie’s Carson Saladis in 1 minute, 29 seconds in the championship match.

“Sam is on a mission and his confidence right now is as high as it can be,” Natzke said. “He was absolutely dominant and put his opponents away as fast as he could and just got off the mat and looked for the next match.”

Ellis finished off his great day by downing Reedsburg’s Nick Coplien 6-1 in the finals.

“Braysen may have had the deepest weight class in the tournament,” Natzke said. “In the finals it was a 1-1 match with about 30 seconds left and they were on their feet when Braysen lateral dropped his opponent to get the takedown and pick up some nearfall points to earn the win. He wrestled smart and stayed in position that entire match and when the chance was presented to him he went with it.”

Schweitzer earned the final title for Waunakee after pinning Reedsburg’s Jesus Gonzalez in 3:32.

“Jack Schweitzer had a tight match and wrestled smart and patient,” Natzke said. “Again, when the opportunity was there, he was able to get his headlock and then pin his guy to win.”

McKinley, Hooker and Ford all placed second for the Warriors.

McKinley was tripped up 2-1 by Mount Horeb’s Brooks Pernot in the finals, but then pinned Baraboo’s Oscar Ramirez in 40 seconds in a wrestleback.

Hooker was pinned by Baraboo’s John Gunderson in 1:24 in the finals.

Warrior 120-pounder Coltan Nechvatal just missed out on qualifying for sectionals after placing third. He pinned Sauk Prairie’s Austin Lankey in 47 seconds in the third-place match, but he was pinned by Reedsburg’s Nic Nobbe in 44 seconds in the second-place wrestleback.

Waunakee will be at the Mukwonago Sectional this Saturday.

“Next week is a new week and a new opportunity for each wrestler,” Natzke said. “It will be a challenge with the expanded sectional this year of 28 teams, but everyone gets a chance and that is why the wrestle the matches. We are just going to prepare ourselves this week and bring our best matches of the year when it counts.”