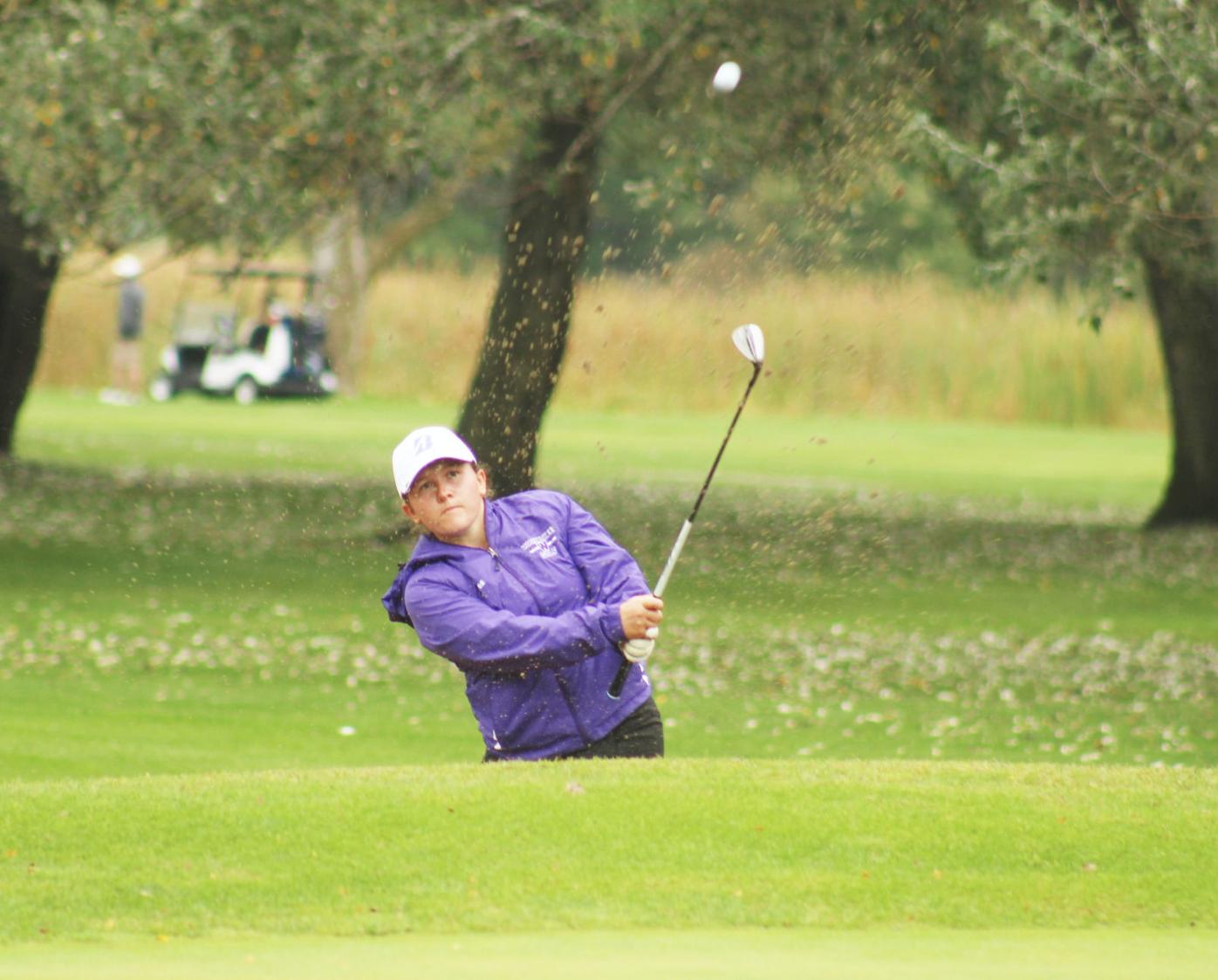 The Warriors’ Natalie Hoege hits out of a sand trap at Lake Windsor Country Club. 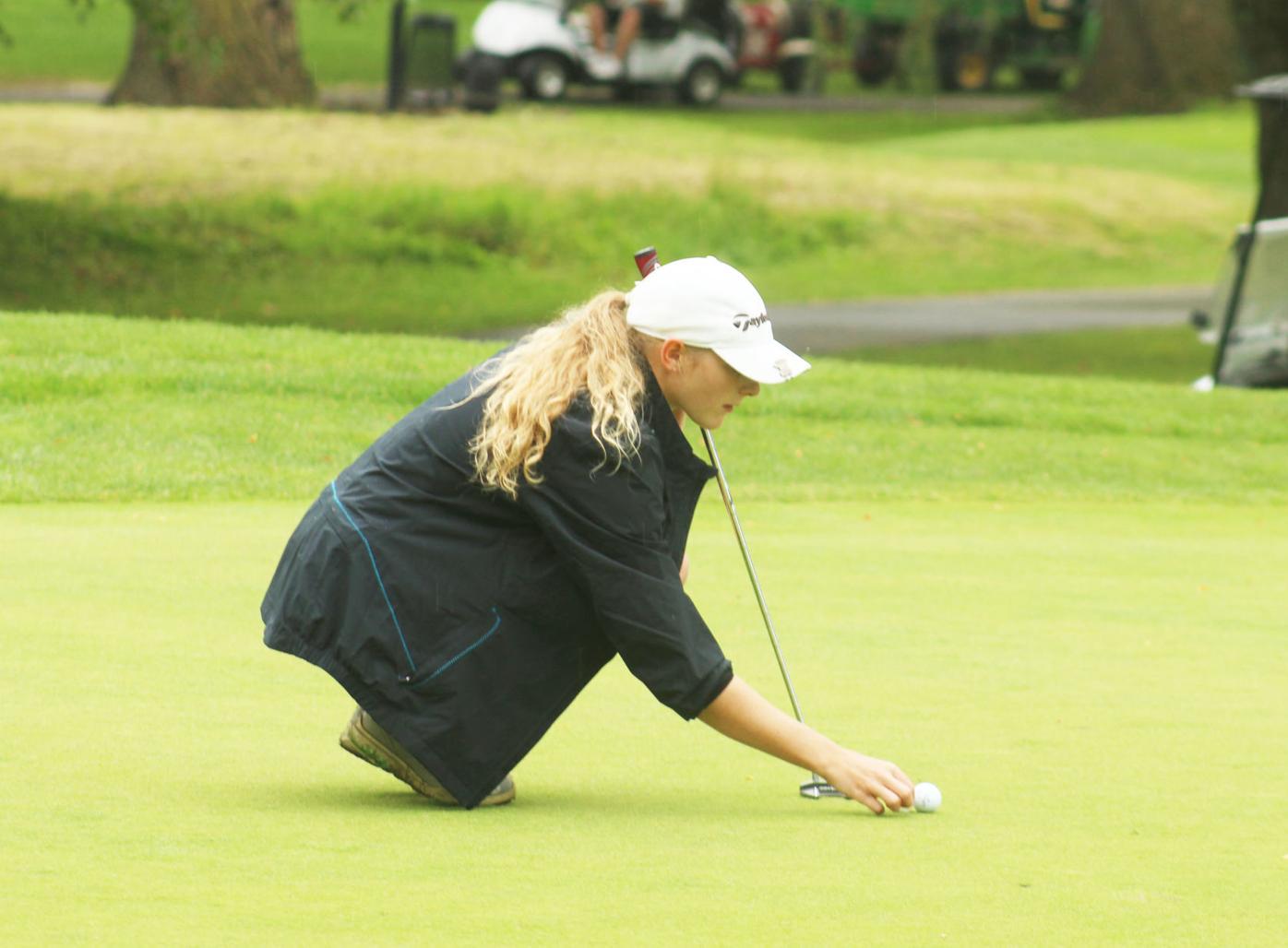 Waunakee’s Sydney Grimm shot a 40 at the DeForest triangular. 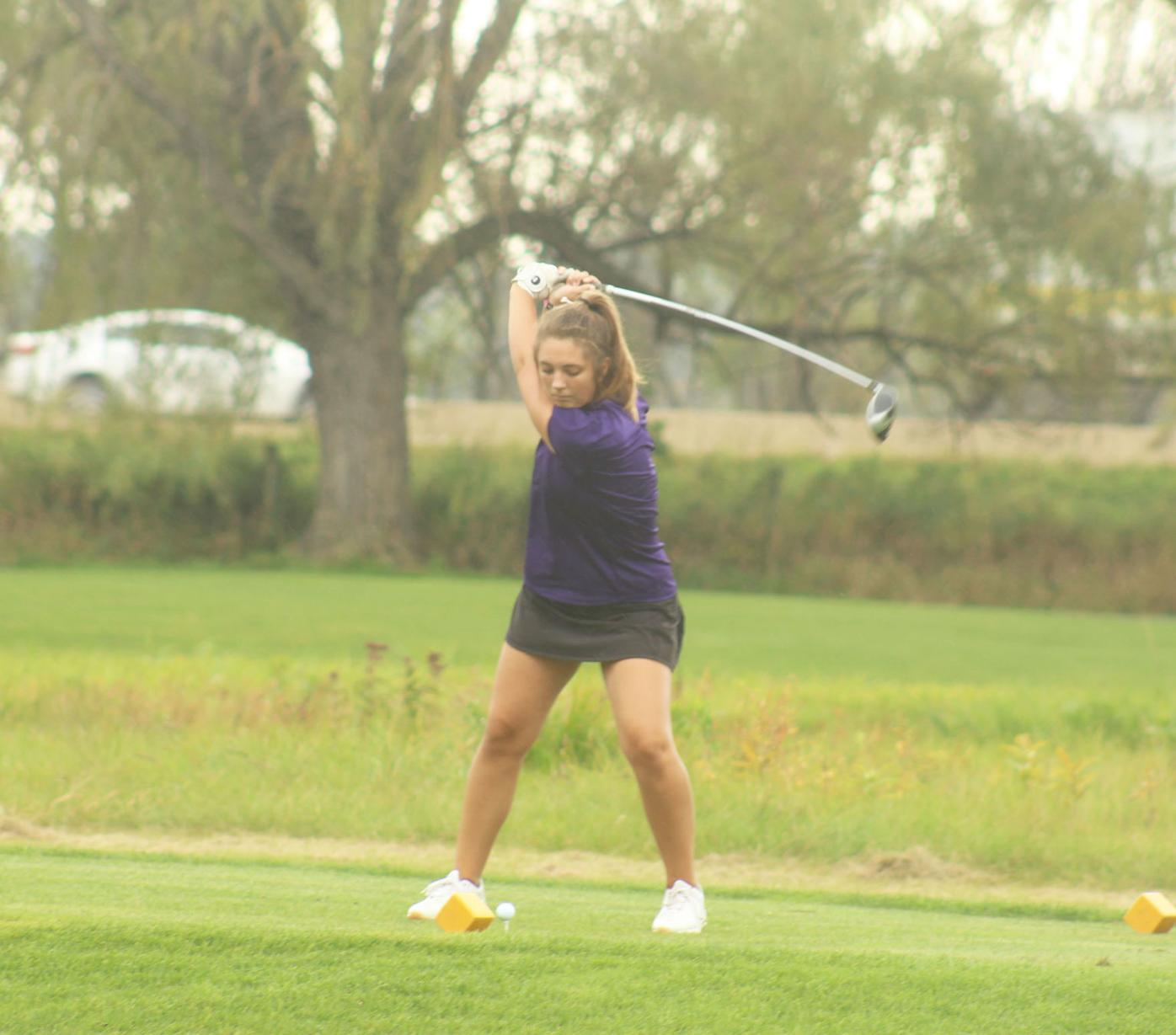 Waunakee’s Gabby Ziegler tees off at the DeForest Triangular. 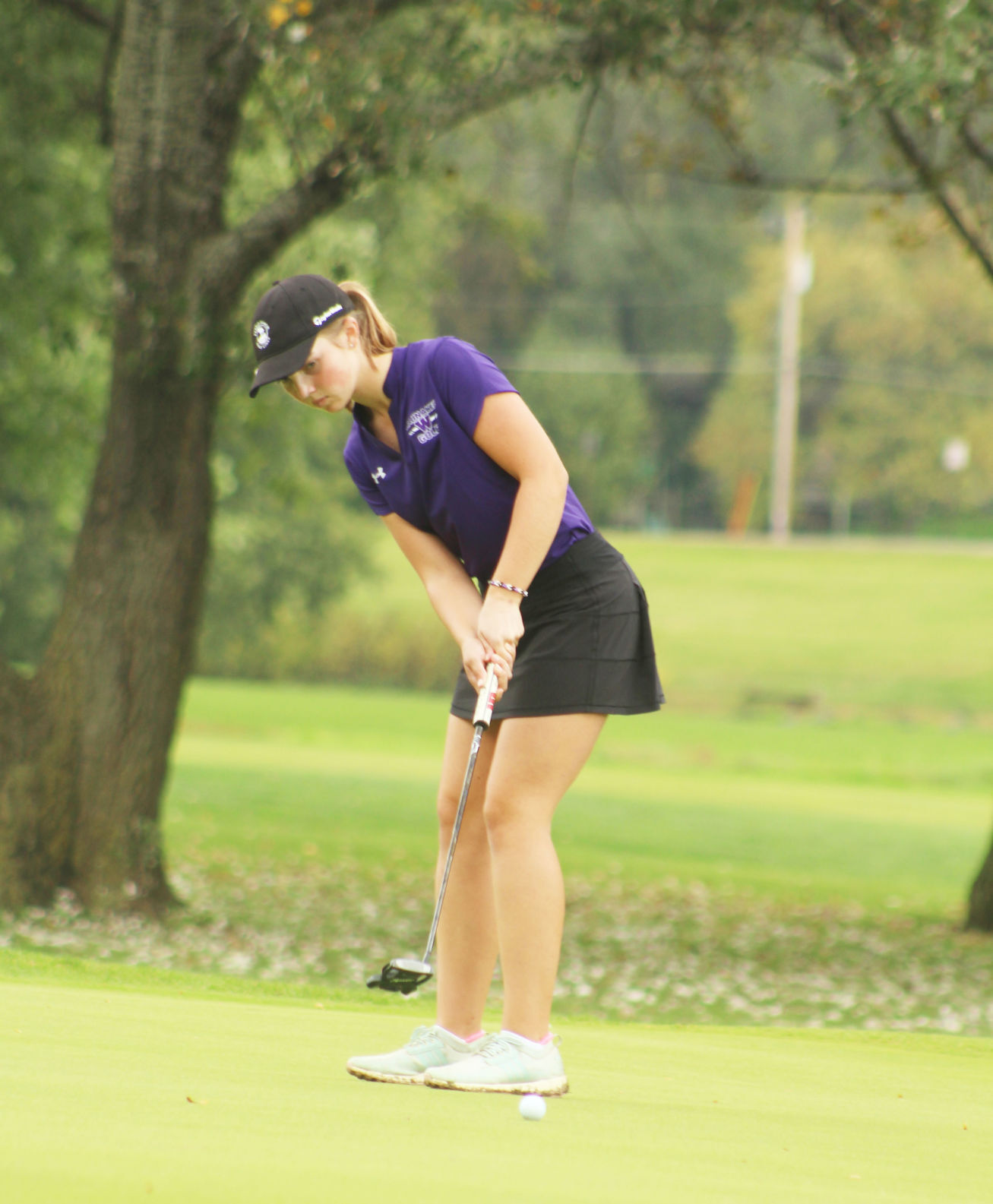 The Warriors’ Natalie Hoege hits out of a sand trap at Lake Windsor Country Club.

Waunakee’s Sydney Grimm shot a 40 at the DeForest triangular.

Waunakee’s Gabby Ziegler tees off at the DeForest Triangular.

Thanks to a great week of a weather, the Waunakee girls golf team was very busy last week. The Warriors competed in three events.

The Lady Warriors started the week against defending WIAA Division 2 state champion Madison Edgewood at Cherokee Country Club on Sept. 21. The Crusaders edged the Warriors by a stroke, 181-182.

The Warriors got revenge on Edgewood on Sept. 24 at a triple dual hosted by DeForest at Lake Windsor Country Club. Waunakee beat the Crusaders by 20 strokes, 165-185. DeForest was third with a 194.

Waunakee made it back-to-back wins over Edgewood last Saturday. The Warriors hosted a triangular with the Crusaders and Lakeside Lutheran at Cherokee.

The Lady Warriors had a great round of 347 to finish well ahead of both Edgewood (368) and Lakeside Lutheran (387).

The dual with the Edgewood came right down to the wire. Every stroke was important.

The Warriors were led by Aly Kinzel. She came away with a 44, which was the second best round of the day.

Sydney Grimm and Natalie Hoege both shot a 45 for the Lady Warriors.

Gabby Ziegler closed out the team score for Waunakee with a 48.

Edgewood’s Sarah Nakada had the top round of the day with a 42.

Caitlyn Hegenbarth fired a 45 for the Crusaders, while Allyssa Thao and Jacklyn Thao both came away with a 47.

The Lady Warriors dominated the triangular at Lake Windsor Country Club. All five of their golfers shot a 45 or better.

Kinzel led all golfers with a 2-over par 38. She was the only golfer to break 40.

Grimm was just two strokes back with a 40, while Jordan Shipshock finished with a 43.

Hoege closed out the team score with a 44, while Ziegler added a 45.

Grimm played a big role in Waunakee’s victory. She led all golfers with a 6-over 78 and shot a 39 on both the front and back nine holes.

Izzi Striker was the only other Warrior to break 90. She garnered an 84 for her round.

A 91 by Shipshock and a 94 by Hoege secured the team victory for Waunakee, while Kinzel shot a 97.

Hegenbarth led Edgewood with an 83, while Jaeger (92), Nakada (96) and Jacklyn Thao (97) were the final three scoring golfers.

Maya Heckmann led the charge for Lakeside Lutheran with an 81, while Lauren Lostetter (97), Ava Heckmann (99) and Kaylea Affeld (110) closed out the team score.