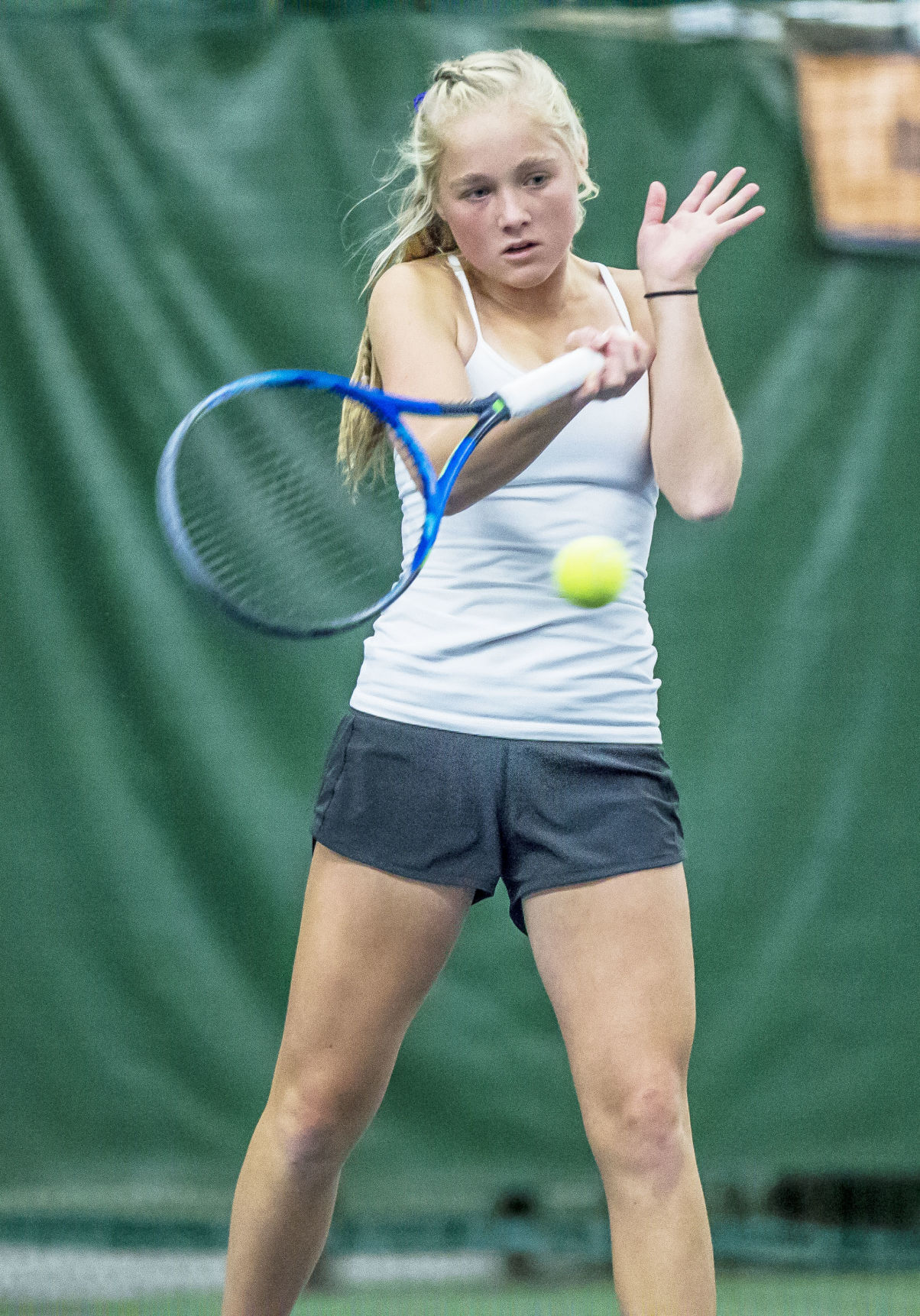 The Waunakee girls tennis team is gearing up for a very unusual fall season. The COVID-19 pandemic has forced several changes, including no longer having doubles matches. 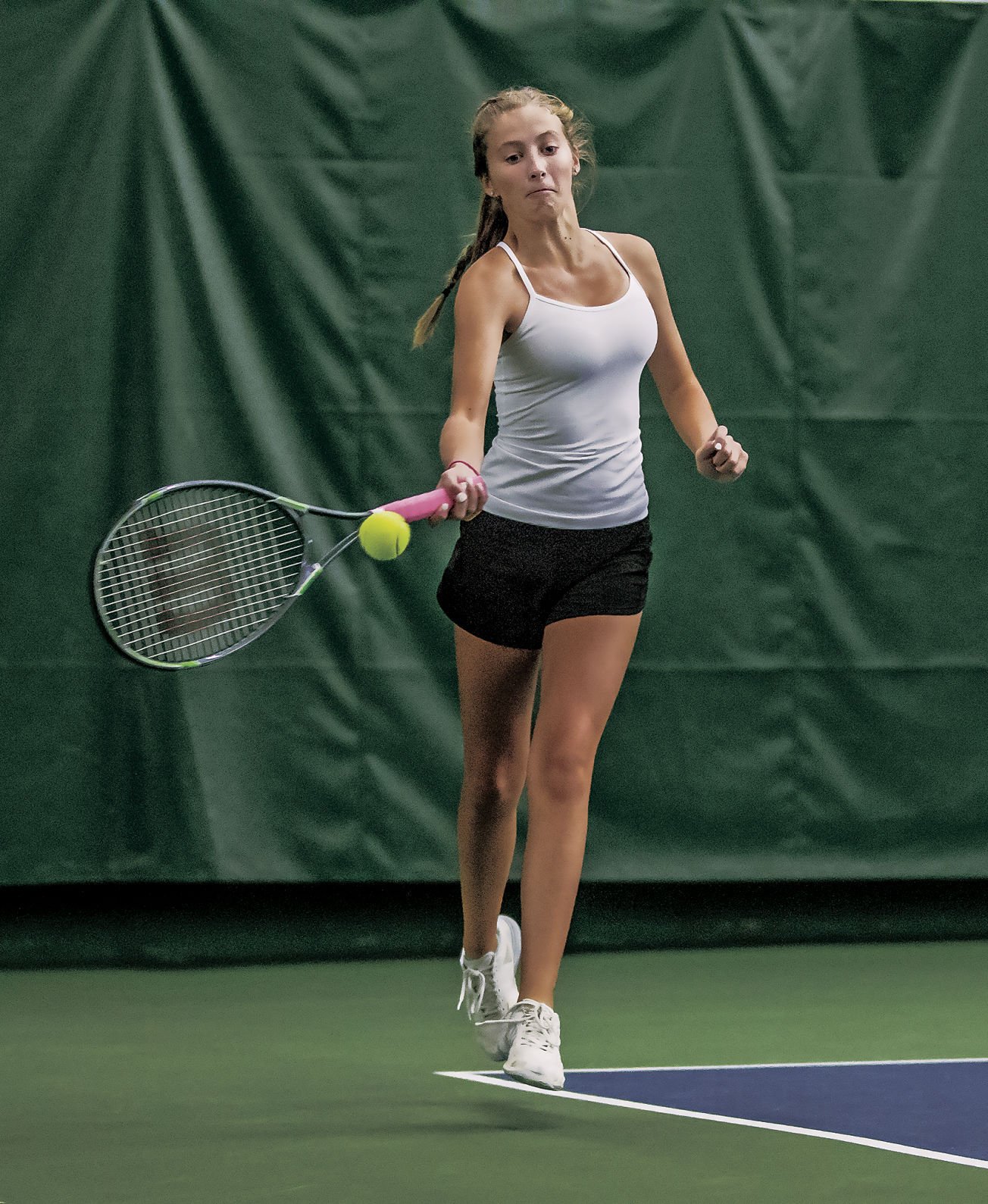 The Waunakee girls tennis team was eligible to start practicing this past Monday.

The Waunakee girls tennis team is gearing up for a very unusual fall season. The COVID-19 pandemic has forced several changes, including no longer having doubles matches.

The Waunakee girls tennis team was eligible to start practicing this past Monday.

Patience has been important for high school coaches and athletes preparing for the fall season during the COVID-19 pandemic.

“Patience is the big thing right now,” Waunakee girls tennis coach Chris Nuenthel said. “It has been a lot about being flexible and waiting. We had to wait until the WIAA came out with a decision to have fall sports , then wait for conferences to make a decision and then we had to wait for our school district to decide.”

The WIAA allowed for “low risk” sports like girls tennis, cross country, girls swimming and girls golf to start practicing for the fall season this past Monday.

“The girls are excited to have a season,” Nuenthel said. “They know they are lucky to have a season, unlike the boys last spring who lost their season. I think a lot of them appreciate that they get to get out and play, especially the seniors who want to represent Waunakee one last time.”

Nuenthel has been keeping up with his players this summer through email. He also got a chance to see them in person during a junior tournament a couple of weeks ago.

“Most of our communication has been through email, but we did get to communicate in person during the tournament,” Nuenthel said. “It was nice to see all of them. It was nice to see players from other schools in the area. Some of those players are not going to have a season this fall, like those from the Madison schools. There was a lot of emotions for those players.”

This season will be unlike another other for the Warrior tennis team, starting with the makeup of the team. Due to some sports, like volleyball, being pushed to the spring, it is giving athletes a chance to give tennis a try.

“We do have a few volleyball players interesting in trying tennis,” Nuenthel said. “I hope we get a lot of tall volleyball payers that are good at tennis. They asked if we had room for them and of course we would love to have them.”

With the potential for a bigger team this year, Nuenthel is happy the program has multiple courts available to use.

“We are in a good situation because we have nine courts at Ripp Park and then there are two brand new tennis court down the road at another park,” Nuenthel said. “We can use both parks to split our numbers up to stay within the guidelines.”

Also due to safety concerns, there will only be singles matches this year. There will be no doubles teams competing.

To stay within the guidelines of no more than 25 people in an area, teams will be allowed to have only 12 players in the court area during matches.

There will be no parents or spectators allowed outside near the courts.

“It is obviously not great that we can’t have fans around the courts, but the good thing about our tennis courts is that we have lots of parking around it,” Nuenthel said. “Parents will be able to watch from their vehicles.”

Nuenthel said the team is working out a way to tape the matches so family members who can’t make it can watch.

“We would like to tape our matches like football does so that grandparents who don’t feel safe coming to the matches can watch,” Nuenthel said.

No matter what the season looks like this year, Nuenthel is excited work with his players and get back to a little bit of normalcy.

“We are excited to have a chance to play,” Nuenthel said. “We are going to take advantage of every opportunity and be thankful we get to have a season.”