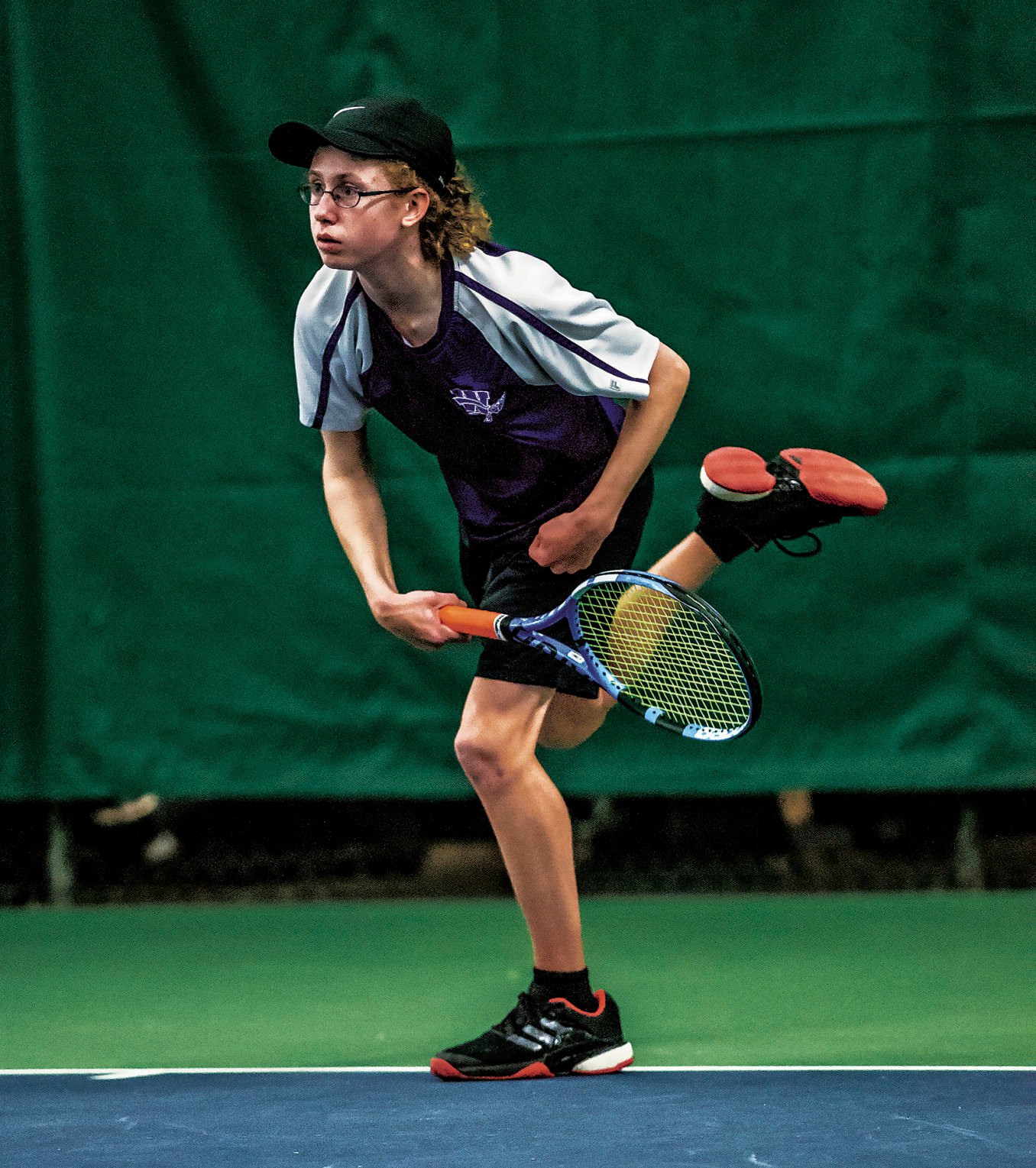 Junior Tyler Nelson is back at No. 1 singles for the Warriors after advancing to state as a freshman. Here he competes prior to thd COVID-19 pandemic. 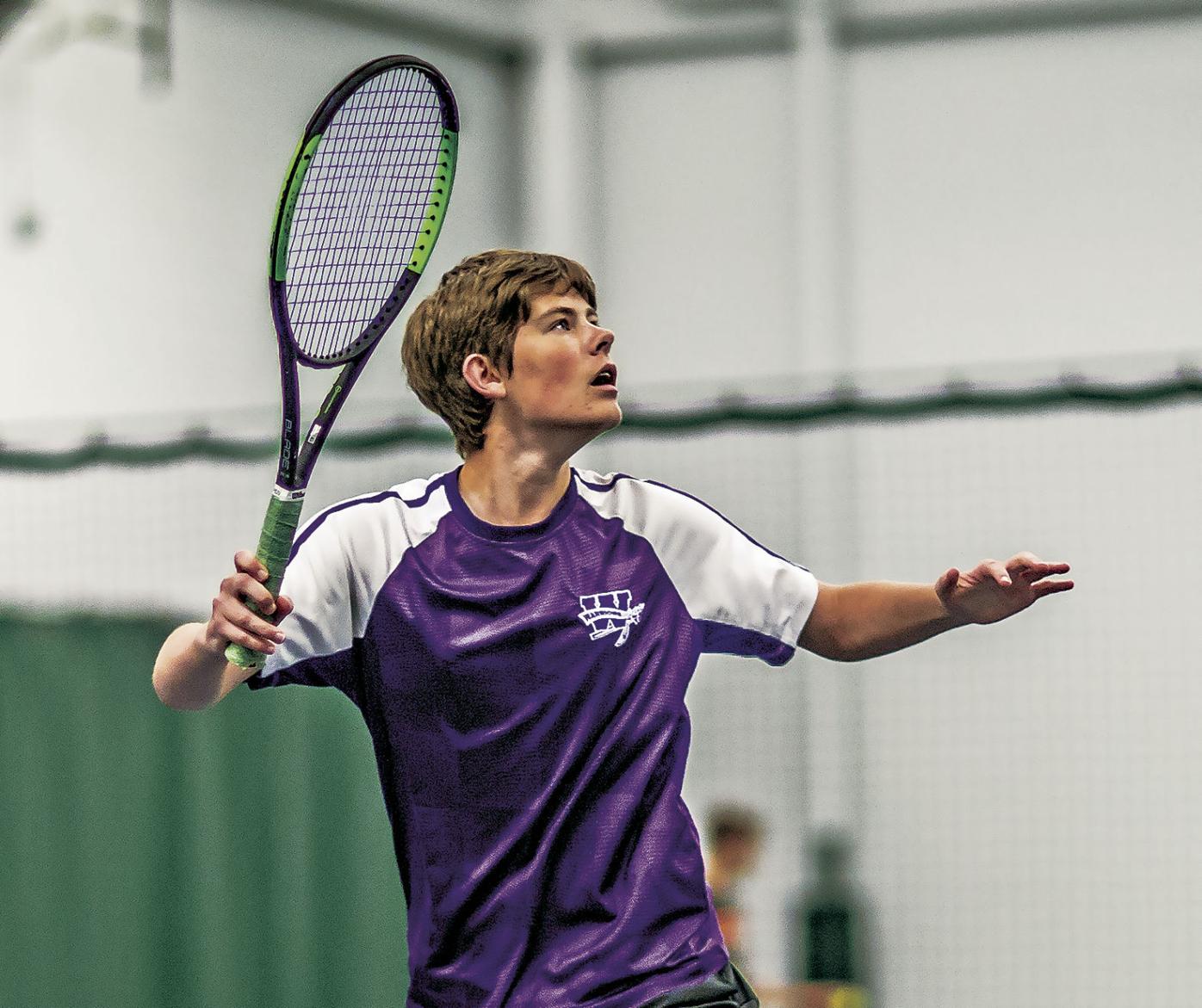 Senior Reed Christian is one of a handful of Warriors who return with varsity experience this spring. Here he competes prior to the COVID-19 pandemic.

Junior Tyler Nelson is back at No. 1 singles for the Warriors after advancing to state as a freshman. Here he competes prior to thd COVID-19 pandemic.

Senior Reed Christian is one of a handful of Warriors who return with varsity experience this spring. Here he competes prior to the COVID-19 pandemic.

After having last season canceled due to the pandemic, the Waunakee boys tennis team is ready to get back to action this spring.

“It was very disappointing not to play last year, and then to have a shortened season this year, I feel like the spring athlete’s get the worst of this bad situation,” Warrior coach Chris Nuenthel said. “We have a year of missed match play, and this year our match play is limited because other schools are trying to get the important matches they need in our short three-week season.”

With this year’s spring season being shortened, Nuenthel is hopeful the Warriors can make the most of every opportunity.

“The main thing that sticks out on a shortened season are the number of practices we will have,” he added. “After the first week where we need to practice four times before having a match per WIAA rules, we won’t have another back-to-back practice until the end of the season. That’s also assuming we don’t have matches rained out that need to be pushed to the end of the season. With a short season, we need to use matches as a practice to improve our games.”

In 2019, Waunakee finished third overall at the Badger Conference Tournament to clinch the Badger North title.

Waunakee claimed the Badger North crown with 12 points, while Sauk Prairie (nine) and Portage (seventh) were second and third, respectively.

Nuenthel expects the Warriors to have a strong lineup this spring.

“Our team strength this season will be our singles lineup, and I believe our doubles will be strong as well,” Nuenthel said. “I think the biggest weakness we will have, and all teams in Wisconsin for that matter, will be the loss of last season and having pretty much two freshman classes that haven’t gone through a season yet. It will be a lot of learning for freshmen and sophomores, but also a lot of support from our juniors and especially seniors.”

Waunakee has some experience returning to the lineup, as seniors Reed Christian and Matthew Pulvermacher and juniors Tyler Nelson and Caden Collins are back.

Nelson is back after a remarkable freshman season at No. 1 singles. He qualified for state and won a conference title in his first season with the Warriors.

Christian returns to No. 2 singles for Waunakee.

Collins won a conference title at No. 2 doubles with Ethan Liu as a freshman. He may move to singles play this season.

Pulvermacher was at No. 3 doubles in 2019 and placed fourth at the conference tournament with his partner Grant Basler. Pulvermacher will likely be at No. 1 or 2 doubles this season.

Even though this season will be different than any before, Nuenthel is excited to get back on the court.

“We all missed last season so we are excited to just go out and compete as a team again,” Nuenthel said. “A successful season is getting through it from start to finish with a few goals accomplished. No. 1, just like our fall girls season, everyone follows our protocols which will keep everyone healthy. No. 2, everyone will improve their game from the start of the season to the end of the season. No. 3, by the end of the season, I hope everyone starts feeling like this is just like a normal season which is what we all want to have happen again.”