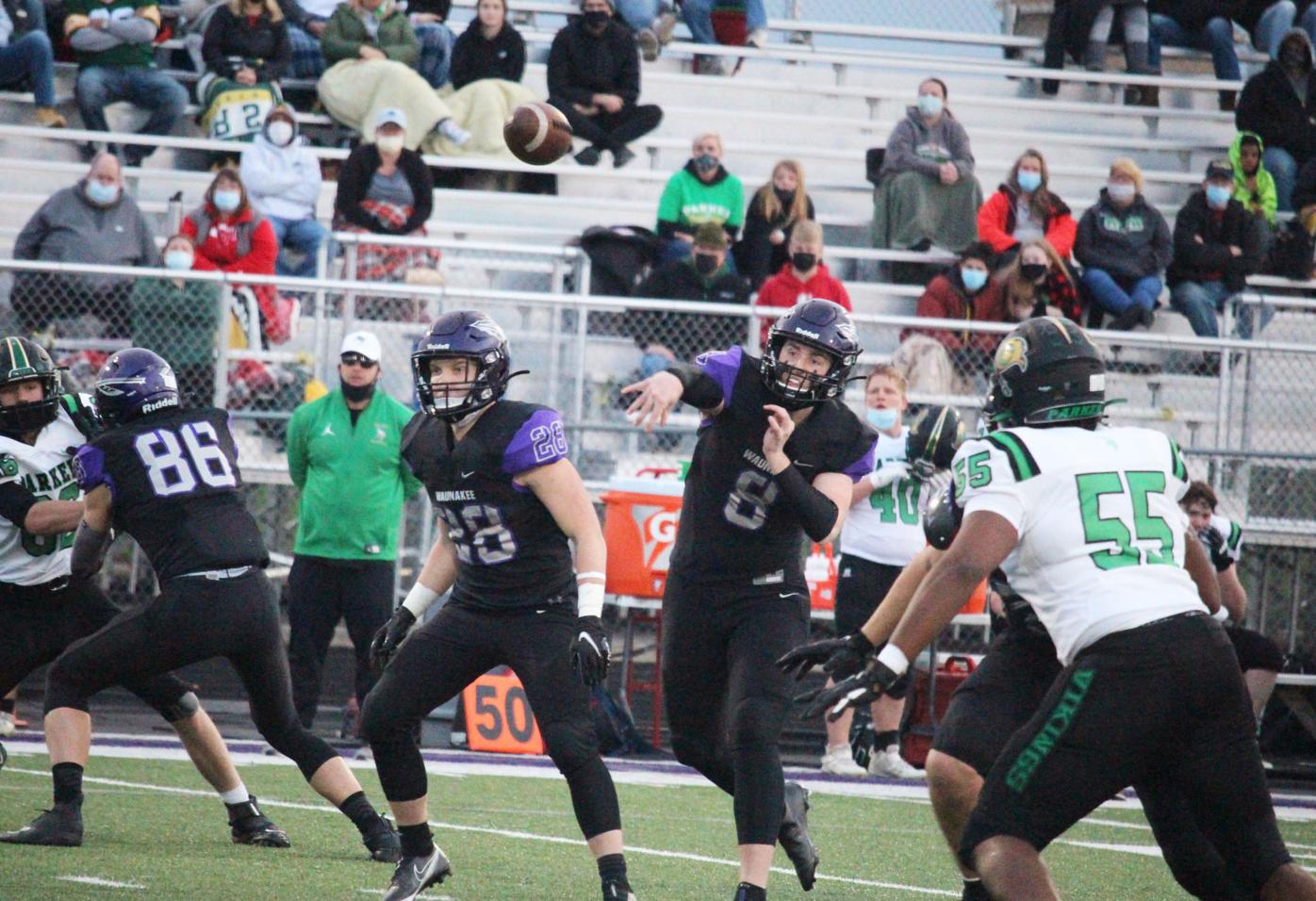 Waunakee quarterback Quentin Keene was 13-of-14 passing for 147 yards and two touchdowns in last Friday’s 56-0 victory over visiting Janesville Parker. 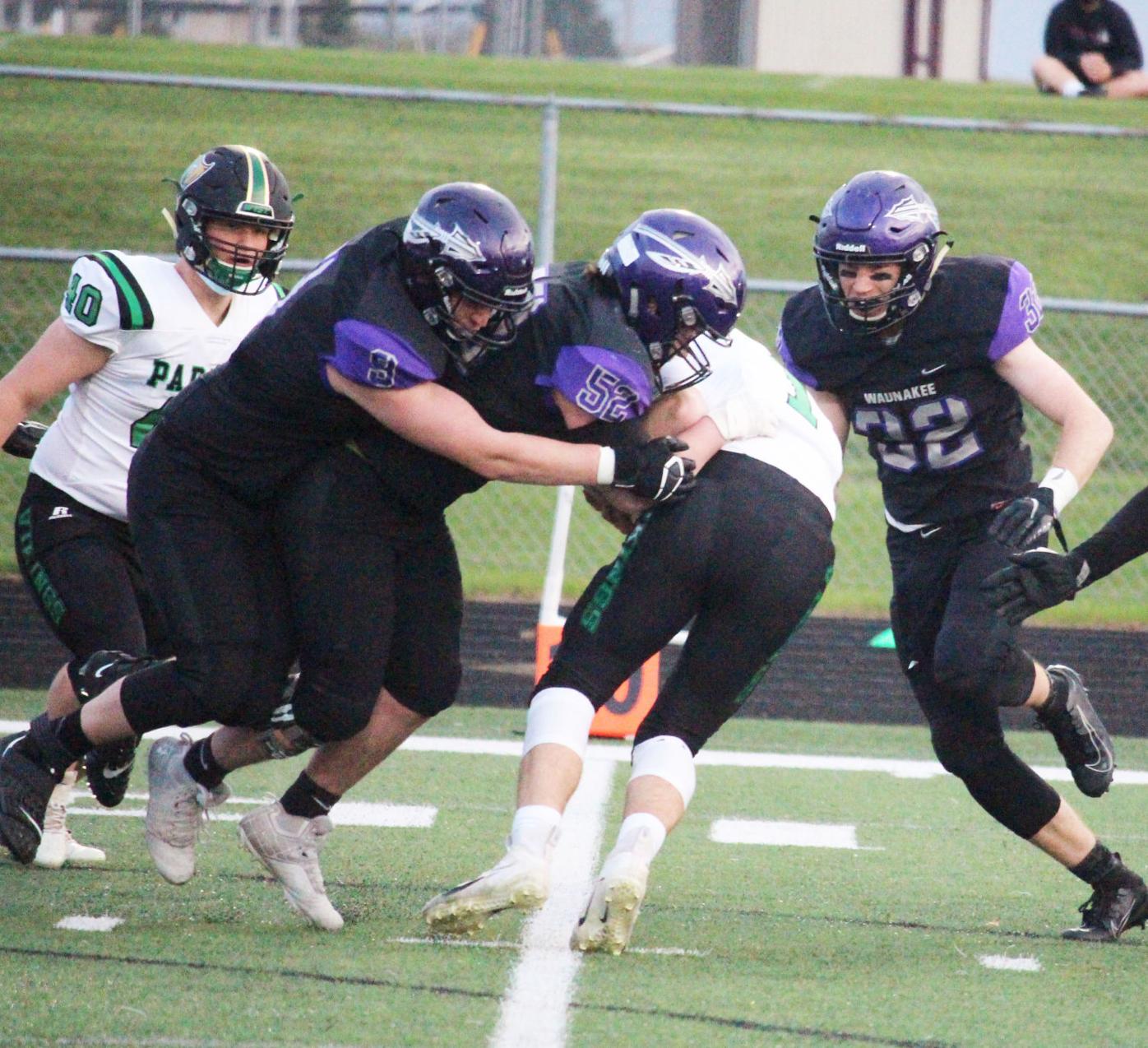 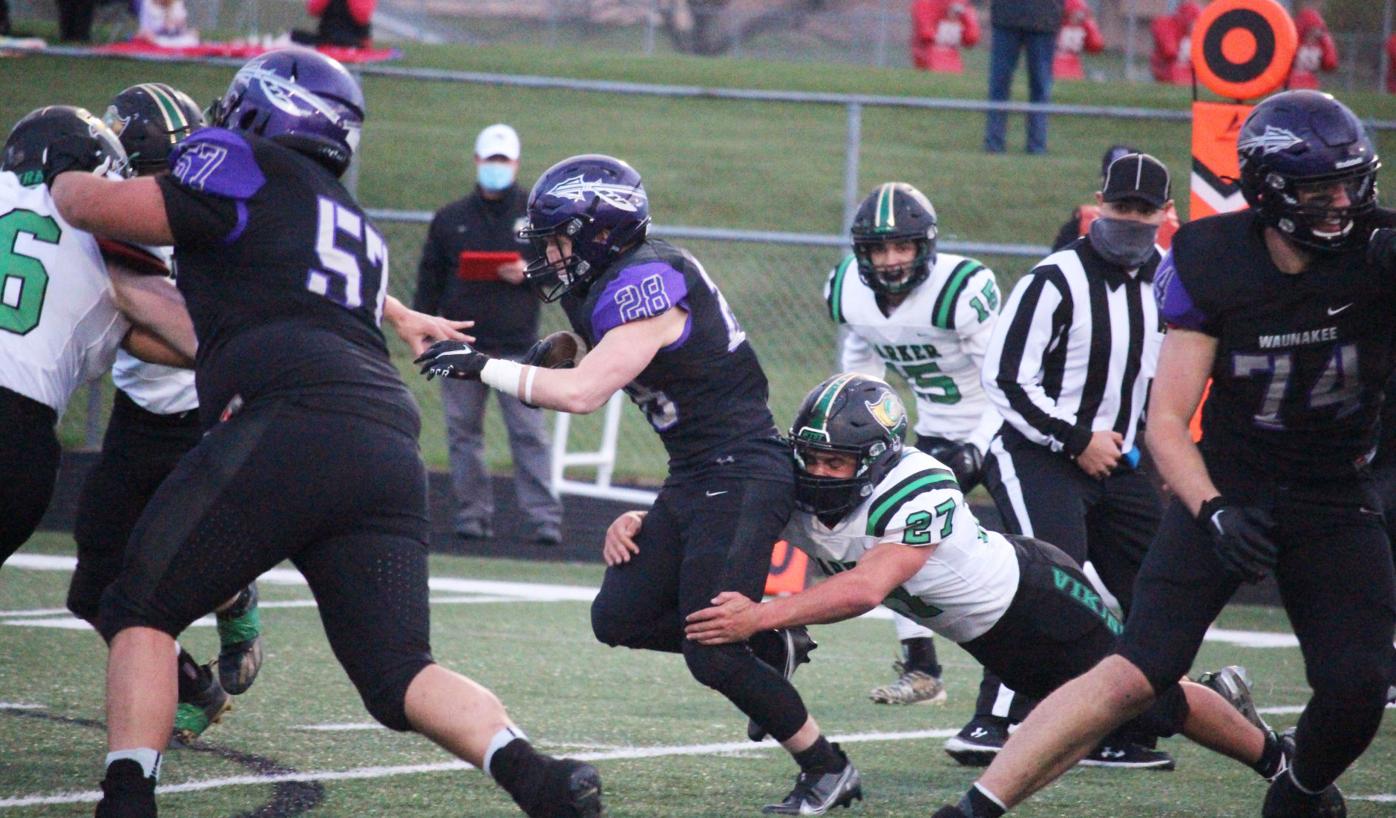 The Warriors’ Michael Gnorski tris to break a tackle as he runs up the middle against Janesville Parker last Friday. 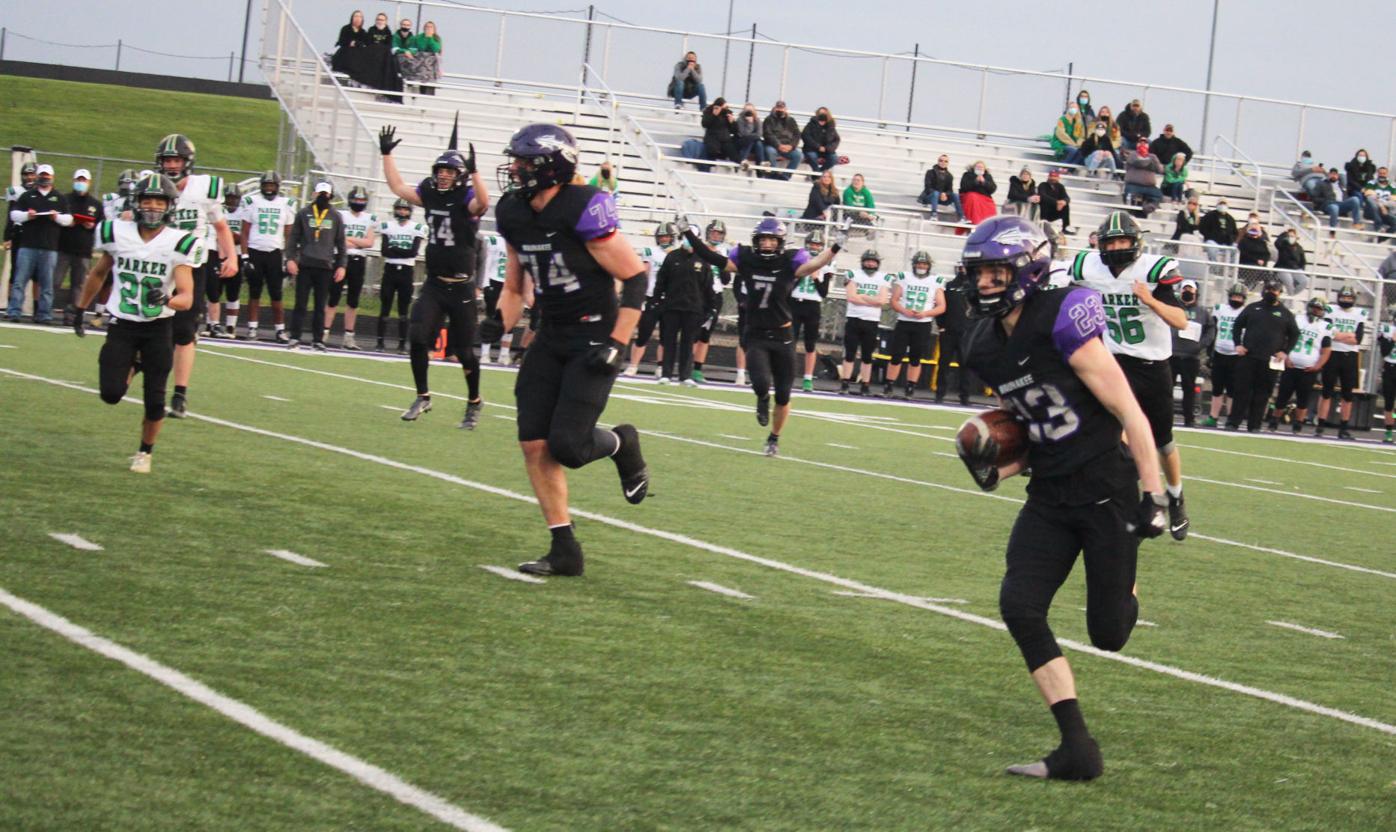 Isaac Schaaf opened the scoring the Warriors in their 56-0 victory over Janesville Parker with a 20-yard touchdown run.

Waunakee quarterback Quentin Keene was 13-of-14 passing for 147 yards and two touchdowns in last Friday’s 56-0 victory over visiting Janesville Parker.

The Warriors’ Michael Gnorski tris to break a tackle as he runs up the middle against Janesville Parker last Friday.

Isaac Schaaf opened the scoring the Warriors in their 56-0 victory over Janesville Parker with a 20-yard touchdown run.

The Waunakee prep football team set the stage for this week’s anticipated showdown with DeForest with another convincing victory over Janesville Parker last Friday.

The Warriors celebrated Senior Night in their final home game of the alternate fall season with a 56-0 win over the Vikings.

Waunakee improved to 5-0 with their second shutout of the spring. The Warriors have outscored their opponents 236-34.

The Warriors erupted for 29 points in the first quarter on Friday and all but ended the game in the first half after taking a 43-0 halftime lead.

Waunakee’s big offensive night included 320 yards rushing and 155 through the air. The Warriors racked up 26 first downs, compared to only seven for Parker.

The Vikings were limited to 90 yards of offense. They picked up 61 yards rushing and 29 passing.

Waunakee quarterback Quentin Keene had a very efficient night. He finished the game 13-of-14 passing for 147 yards and two touchdowns. Peter James had a team-high four catches for 29 yards, while Schaaf had two catches for a team-best 48 yards and a touchdown. Ben Farnsworth, Connor Hughey and Andrew Keller each had two catches.

Schaaf had the hot hand early for Waunakee. He opened the scoring with a 20-yard touchdown run and less than two minutes later, he caught a 40-yard scoring pass from Keene.

Aidan Driscoll had the extra-point kick following the first Schaaf touchdown, while Cody Nelson threw to Vojtisek for the two-point conversion on the second.

The Warriors scored twice in the final two minutes of the first quarter to go up 29-0. Caden Nelson had touchdown runs of 7 and 3 yards, while Driscoll added two extra-point kick.

Nelson scored a third straight touchdown early in the second quarter after catching an 8-yard pass from Keene. Driscoll added the extra-point kick.

Gnorski had a 9-yard touchdown run with 29 seconds remaining in the first half. Driscoll had the extra-point kick to put Waunakee up 43-0 at halftime.

After a scoreless third quarter, the Warriors put 13 more points on the scoreboard in the fourth quarter.

Early in the fourth quarter, Waunakee got a 1-yard scoring plunge from Cody Nelson. The extra-point kick was blocked.

Ellis closed out the scoring with a 3-yard touchdown run with under two minutes to play. He also made the extra-point kick.

Jesse Pritchard led Janesville’s offense with 45 yards rushing on eight carries, while quarterback Sam O’Leary was 4-for-13 passing for 29 yards and an interception.

The Warriors will close out the alternate fall season this Friday in DeForest. The battle of 2019 state finalists will start at 7 p.m.