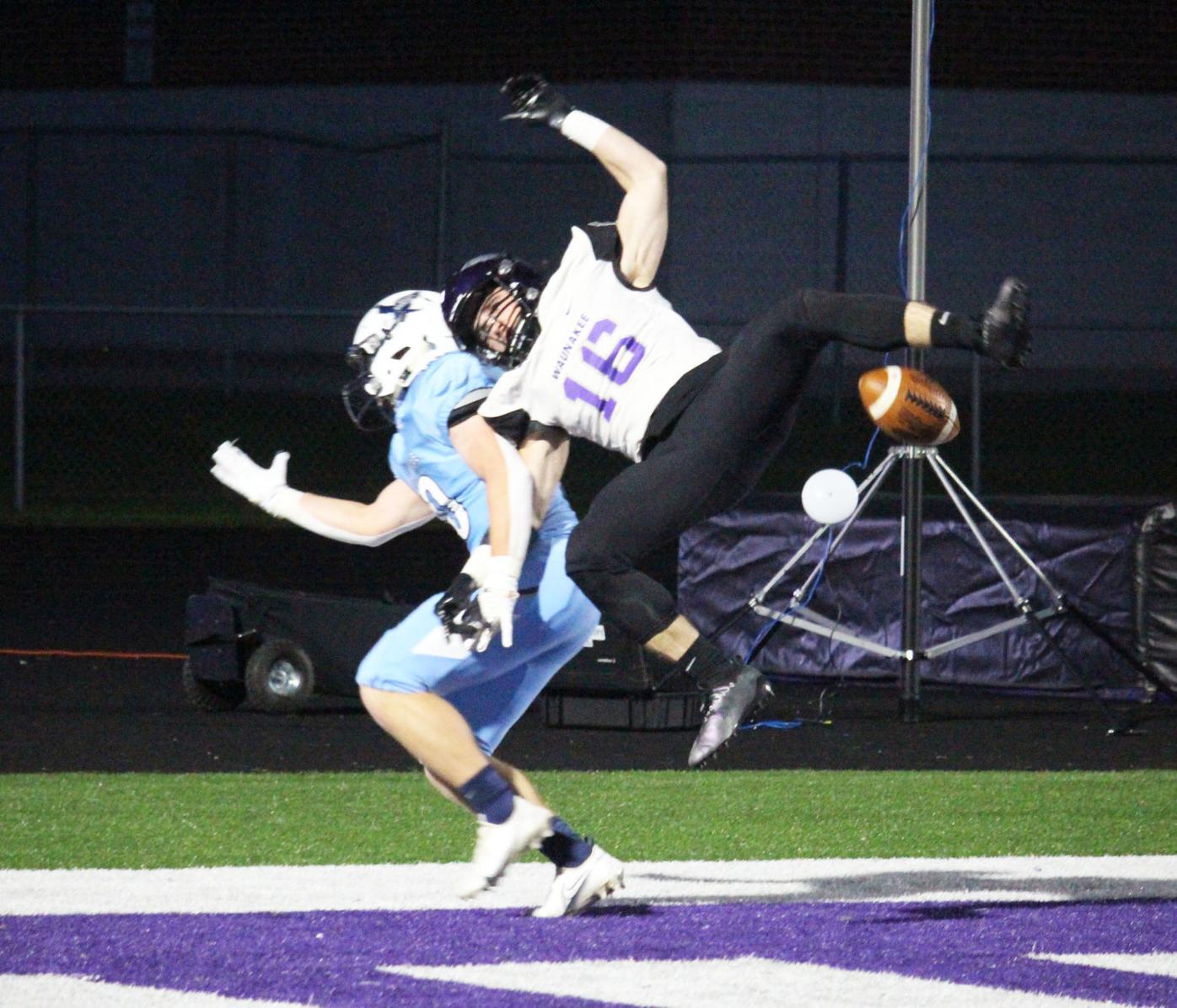 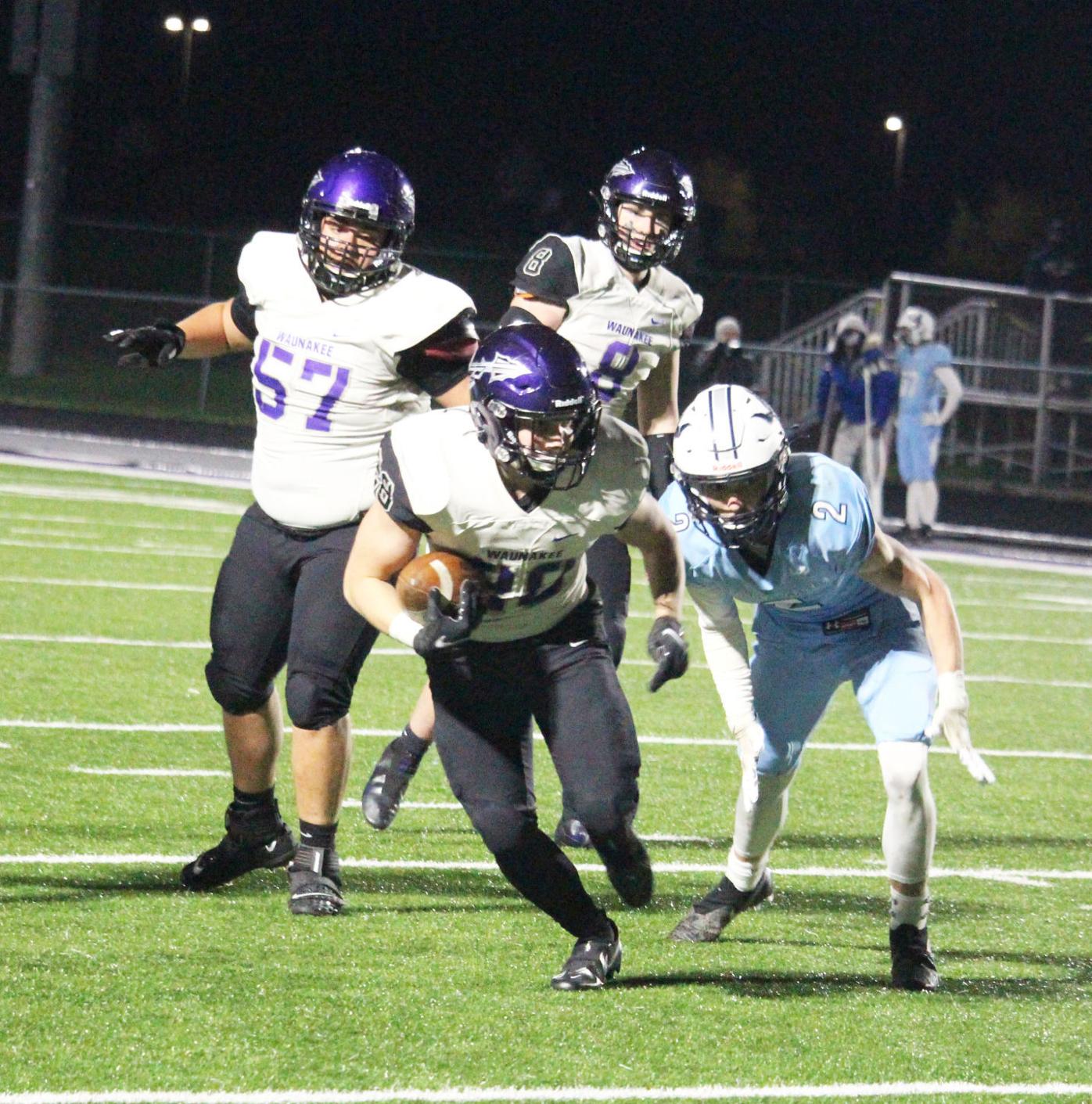 The Warriors’ Michael Gnorski rushed for 41 yards and a touchdown on 11 carries during last Friday’s 42-14 win over Monona Grove. 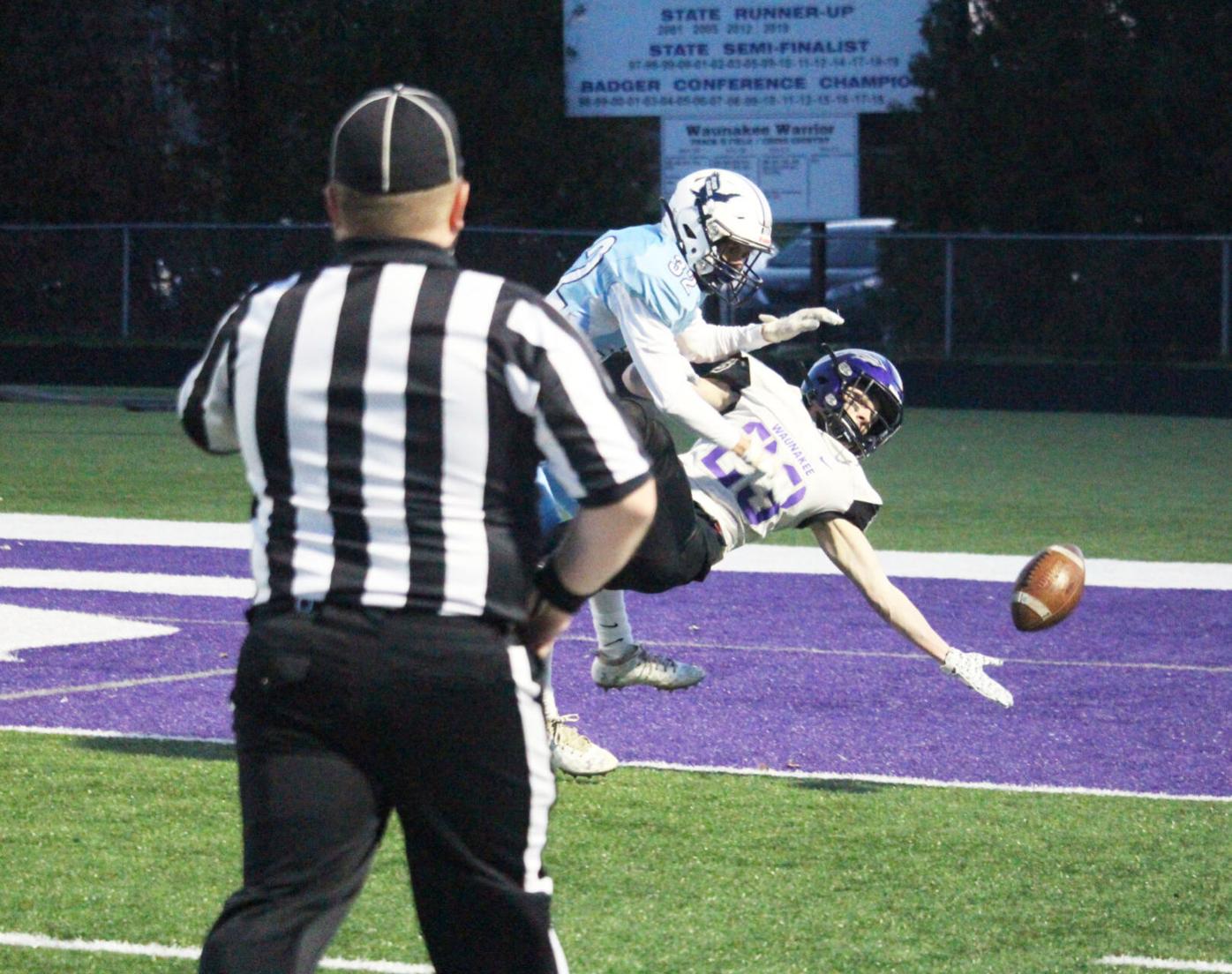 Waunakee receiver Isaac Schaaf is unable to hold on to a pass in the end zone against Monona Grove. He finished the game with two catches for 105 yards and two touchdowns. 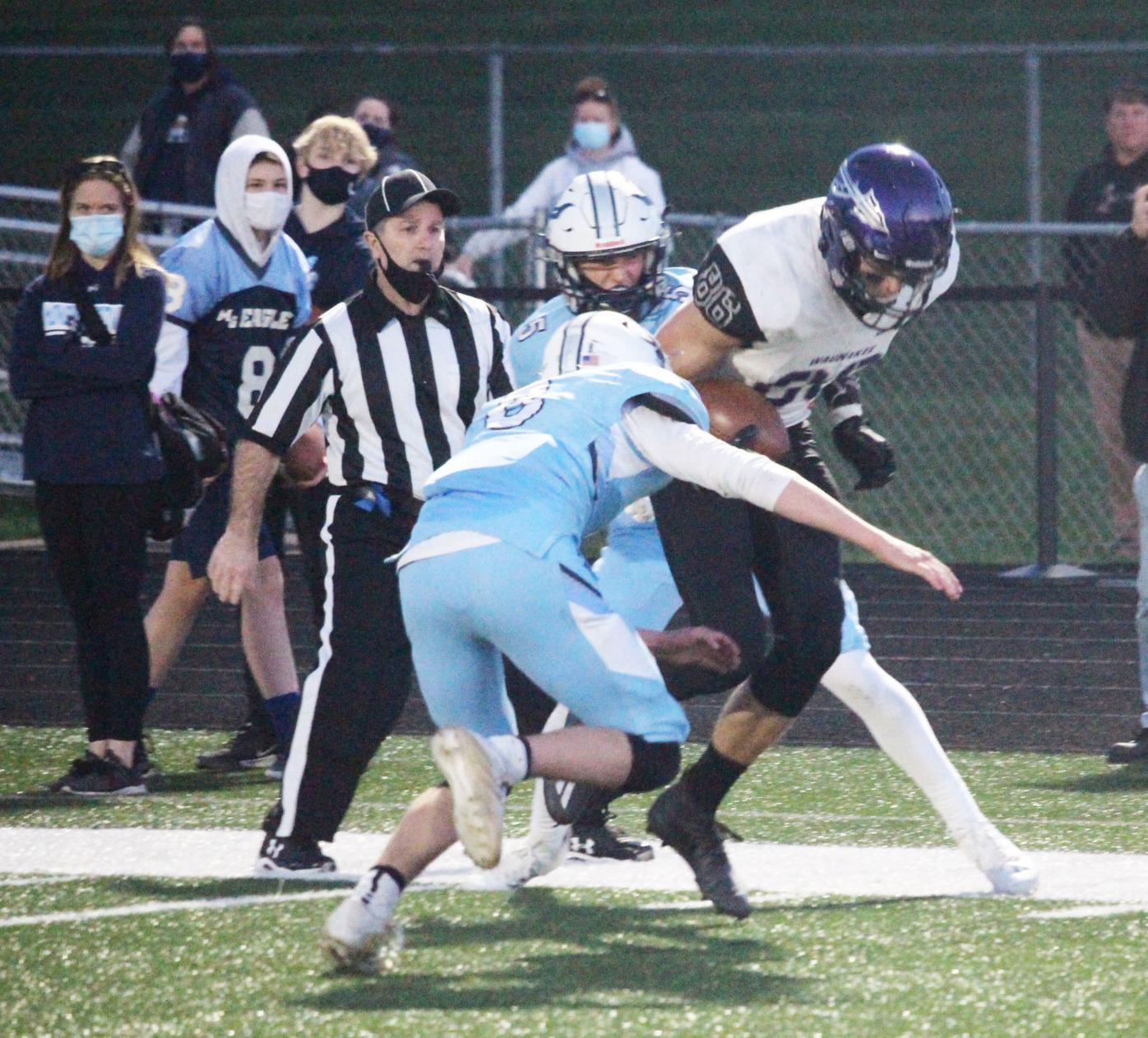 The Warriors’ Andrew Keller makes his way toward the goal line against Monona Grove.

The Warriors’ Michael Gnorski rushed for 41 yards and a touchdown on 11 carries during last Friday’s 42-14 win over Monona Grove.

Waunakee receiver Isaac Schaaf is unable to hold on to a pass in the end zone against Monona Grove. He finished the game with two catches for 105 yards and two touchdowns.

The Warriors’ Andrew Keller makes his way toward the goal line against Monona Grove.

Waunakee football coach Pat Rice is happy with the progress his team has made in the first four games of the alternate fall season.

“Playing in the spring has been pretty valuable for us,” Warrior coach Pat Rice said. “We were not sure how it would go, but the kids have embraced practice and are getting better. I have been really impressed with the progress of this group. We have taken some really nice steps.”

The Warriors remained undefeated in the spring with a 42-14 victory over visiting Monona Grove last Friday.

“It was a good win,” Rice said. “We went through a lot of stuff during the week with contact tracing and couldn’t practice on Tuesday. We went through a little bit but I’m proud of how resilient the kids were.”

The win pushed Waunakee to 4-0.

The Warriors had a very balanced attack against the Silver Eagles. They passed for 247 yards and added 178 on the ground.

“Offensively, once we got clicking, we were pretty explosive,” Rice said. “We have some playmakers.”

Waunakee quarterback Quentin Keene had a very efficient night. He was 8-of-9 passing for 242 yards and three touchdowns.

Waunakee’s Andrew Keller had a team-high three catches for 67 yards, while Isaac Schaaf had two catches for 105 yards and two scores.

The Warrior’s defense held the Silver Eagles to 21 yards rushing.

“Our defense played great,” Rice said. “We got guys that like to run around and hit. They steadily have gotten better each week.”

Waunakee jumped out to a 14-0 lead in the first quarter thanks to a pair of touchdown passes by Keene.

Keene opened the scoring with a 34-yard strike to Schaaf with 6 minutes, 12 seconds remaining in the first quarter. Aidan Driscoll added the extra-point kick.

With 44 seconds remaining in the opening frame, Keene tossed a 45-yard touchdown pass to Keller and Driscoll added the extra-point kick.

The lead grew to 21-0 less than a minute into the second quarter after Caden McCurdy returned an interception 36 yards for a touchdown. Driscoll added the extra-point kick.

Monona Grove answered with a 19-yard touchdown pass from Marron to Owen Croak to cut the lead to 21-7.

Waunakee grabbed a lot of momentum after closing out the first half with a pair of touchdowns to go up 35-7 at halftime.

With 7:03 left in the first half, Nelson scored from a yard out. Driscoll followed with the extra-point kick.

Keene capped off his incredible night with a 71-yard touchdown pass to Schaaf with 3:10 left in the half. Driscoll had the extra-point kick.

The Warriors closed out their scoring on their first drive of the second half. Gnorski had a 3-yard touchdown run and Driscoll added the extra-point kick.

The Silver Eagles had the lone touchdown of the fourth quarter. Behnke tossed a 1-yard touchdown pass to Henry Walsh.

The Warriors have two more games remaining on their alternate fall schedule. They will host Janesville Parker this Friday and will play in DeForest on April 30. Both games will start at 7 p.m.

“We are just going to take it week by week,” Rice said. “Janesville Parker does some nice things. That program is pretty solid and obviously DeForest is a defending state champion. Both teams should be a good challenge for us.”