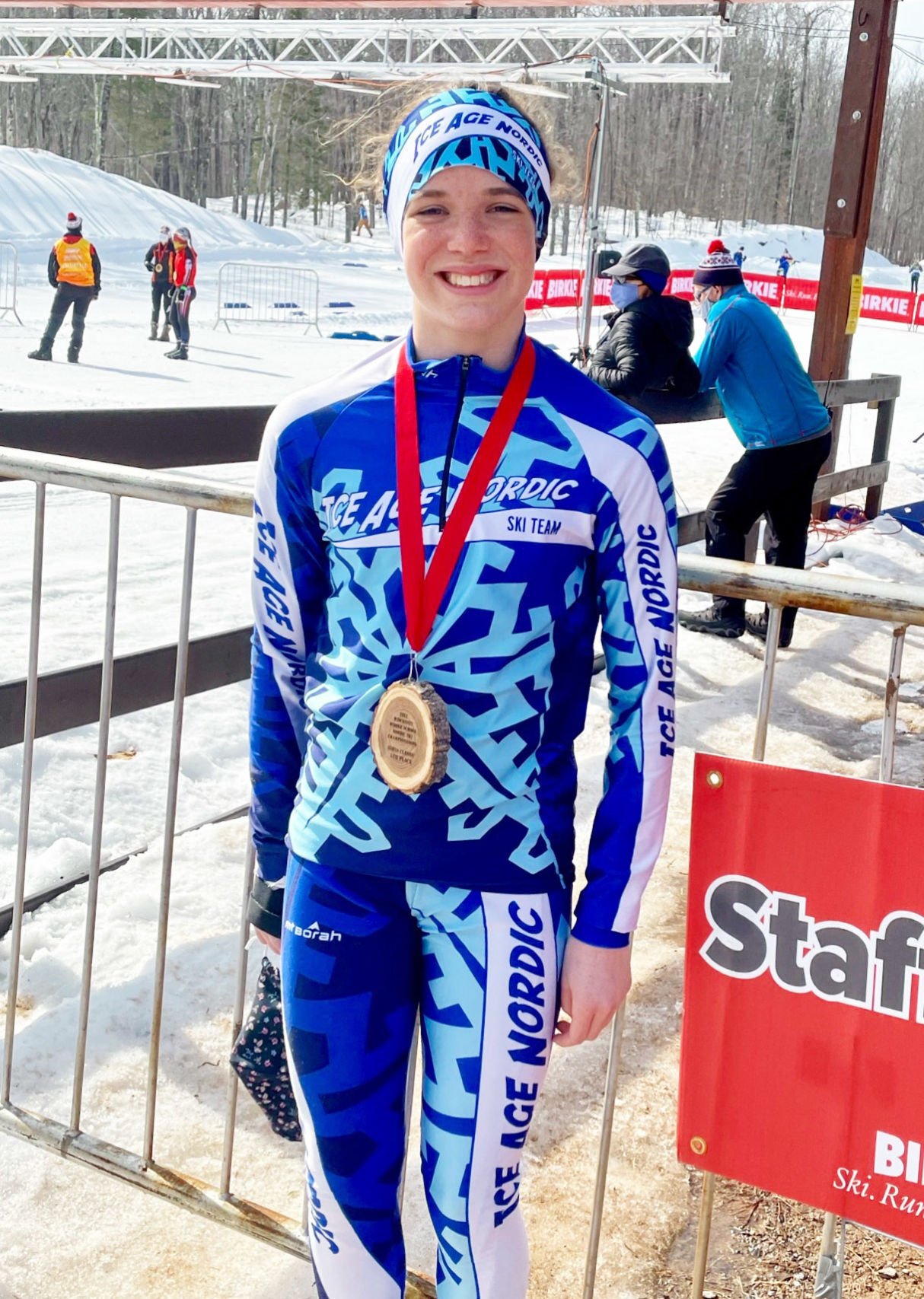 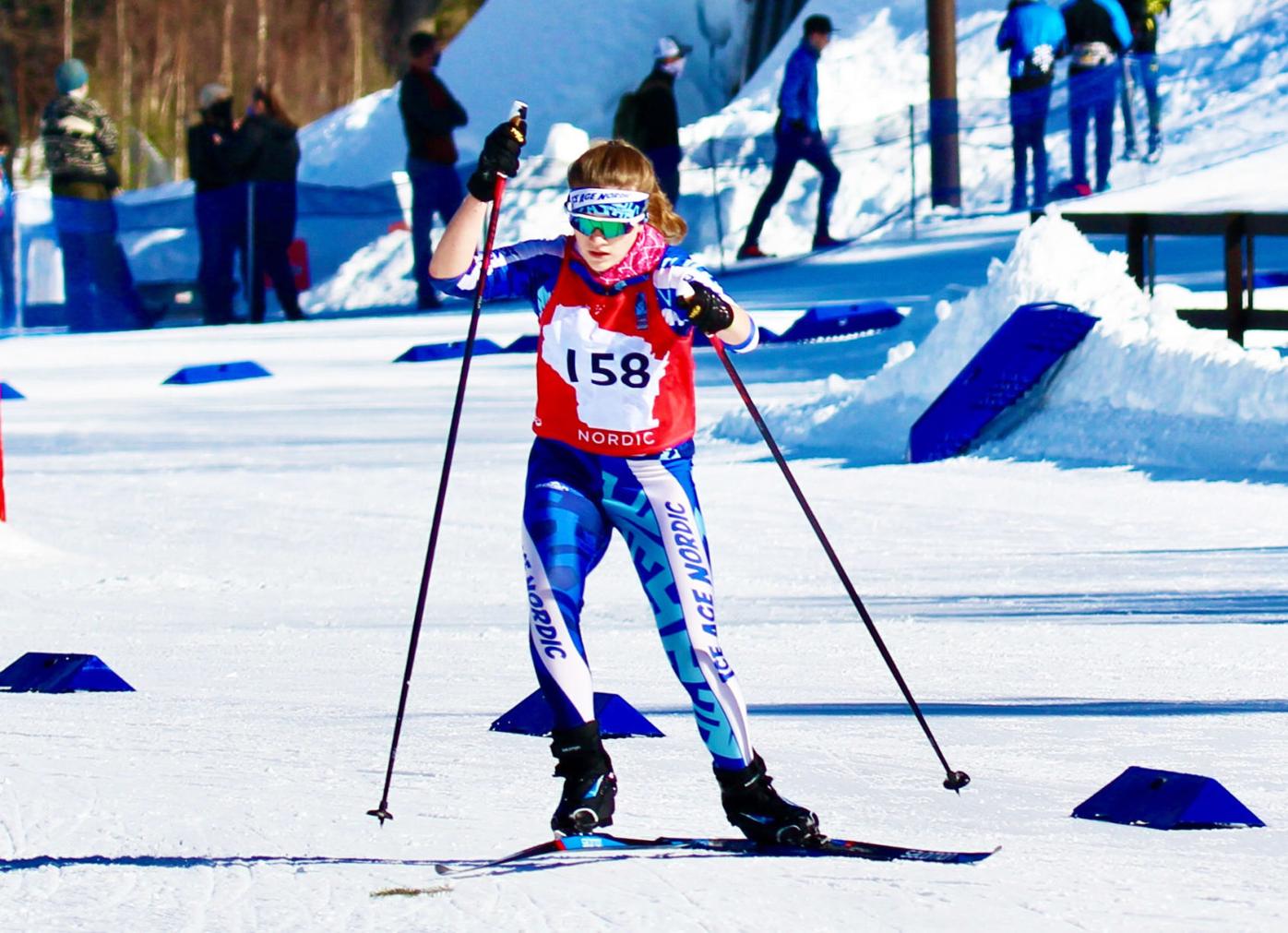 Ice Age skier Emily Whyte powers to the finish on her way to 21st place at last Saturday’s state meet.

Ice Age skier Emily Whyte powers to the finish on her way to 21st place at last Saturday’s state meet.

The Ice Age Nordic ski team traveled to Cable on March 5 for the Wisconsin Nordic Championships, which had been rescheduled from mid-February because of the polar vortex induced frigid temperatures. In contrast, temps in Cable this weekend were warm and sunny with highs reaching 51 degrees by Sunday afternoon.

On Saturday, the high school teams competed in a 6.75 skate race and the girls team finished fifth.

“This is a World Cup level course with big uphills and fast downhills,” Ice Age coach Dale Fanney said. “Our Girls finished 21st, 23rd, 27th and 31st to give us the highest team finish at state in our 15-year history.”

On Sunday, the girls team ran into warm melting slushy conditions by start time at 1:30 p.m.

“It was near impossible to wax for these conditions and the girls from all teams did their best, some using waxless skis,” Fanney said. “Some girls just had great skis and others did not.”

Sam Clepper was the lone boy skier for Ice Age on Sunday and he improved to a 92nd overall after the classical race.

In the Middle School races, Emily Berger stunned the elite skiers by finishing fifth in the 3k Classical race, moving up from 29th after the skate race to place 16th overall. Teammates Adrienne Bakken and Annabelle Niles placed 45th and 50th overall for a ninth-place team finish.

“This was a great racing experience for our middle schoolers who will be back next year with a much larger team,” Fanney said.

The ski season ends this weekend in Calumet, MI at the Great Bear Chase, where several varsity skiers will represent Ice Age Nordic in the 25 and 50 kilometer races.