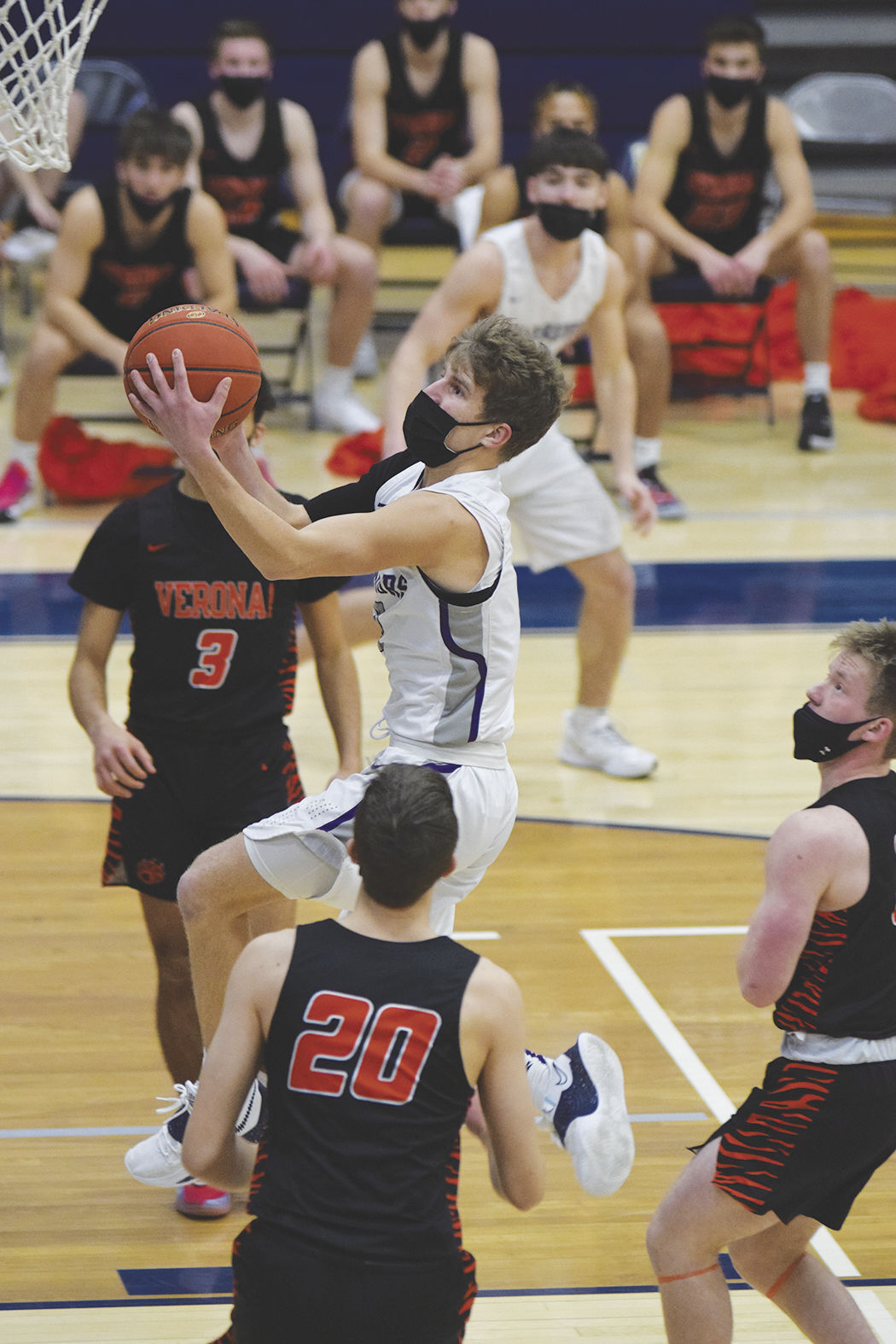 Waunakee senior guard Jaxson Zibell drives to the basket during the first half of Friday’s WIAA Division 1 regional semifinal. The Warriors lost to Verona, 66-65. 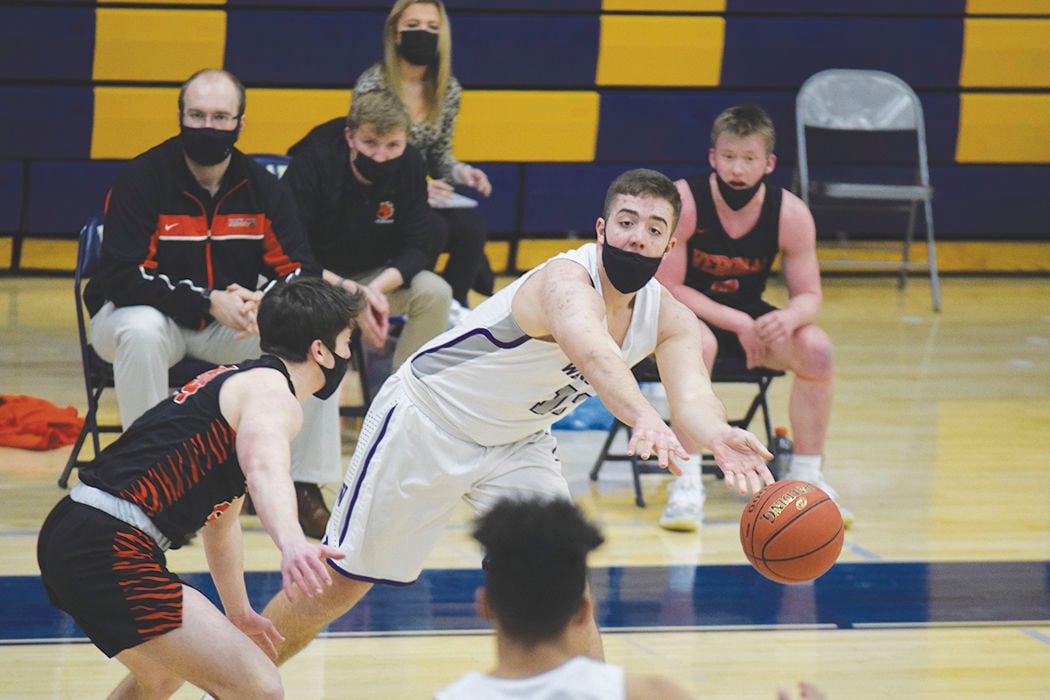 Waunakee senior guard Jaxson Zibell drives to the basket during the first half of Friday’s WIAA Division 1 regional semifinal. The Warriors lost to Verona, 66-65.

BARABOO — Leading by 16 points in the WIAA Division 1 regional semifinal Feb. 19 many in attendance believed the Waunakee boys basketball team had the game well in hand.

But Warriors head coach Dana Mackenzie had seen it before.

Verona rallied to take the first lead, then lost the lead, and then saw Cam McCorkle’s 3-pointer swish through the net with 11 seconds remaining giving the fifth-seeded Wildcats a stunning 66-65 victory over the top-seeded Warriors at Baraboo High School.

“We’ve seen Verona play before, they never quit,” said Mackenzie. “All five guys they have on the floor are always playing hard, always playing physical and they made us play ugly.”

Waunakee (14-6) took a 37-21 lead following Cade Nelson’s basket on an inbound pass early in the second half. But the Wildcats (5-5) slowly chipped away at the Warriors’ armor, and with 5:42 to go took the lead when Jonah Anderson hit a floater in the lane, completing a 15-2 run.

Andrew Keller was on the bench for most of the Verona run, one of the Warriors’ leading scorers averaging 12.5 ppg, picked up his fourth foul with 9:24 remaining. The 6-foot-6 junior forward returned with 5:37 left, but 15 seconds later picked up his fifth fouling Bennett Sherry on a breakaway.

“Andrew’s a huge part of our offense but we’ve won a lot of games without Andrew scoring a lot, that’s certainly not an excuse because we should be able to play without him as deep as we are,” said Mackenzie.

Senior Caden Nelson registered 10 points while Keller and senior Casey Fischer added six as the Warriors went into halftime ahead 30-19.

Keller opened the second-half scoring with a bucket in the paint, followed by a Joey Fuhremann 3-pointer and another Nelson basket giving Waunakee a 37-21 advantage with just under 17 minutes left.

But over the next 12-plus minutes Verona clawed its way back.

“We turned it over way too much and we didn’t make free throws,” Mackenzie said. “We didn’t have it tonight.”

Nelson led the Warriors with 16 points, while Keller added 13 and Fuhremann and senior guard Jaxson Zibell each scored 11.

Sherry paced the Wildcats with 16.

“I’m proud of how they played through the season without (much) practice — like many others — it’s a resilient group that will remember this year for a long time,” said Mackenzie.

“I know it didn’t end they way they wanted,” added Mackenzie.