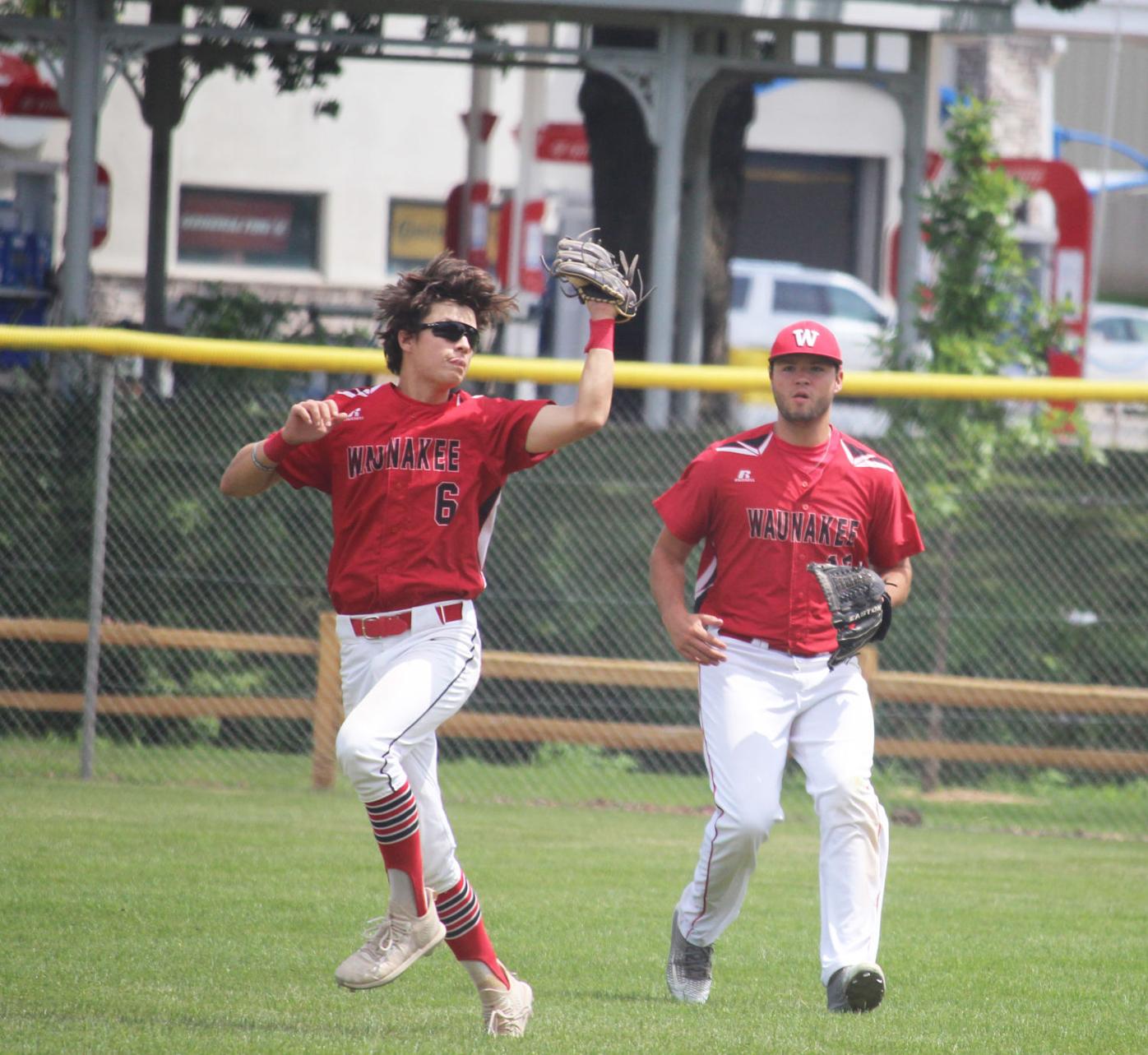 Waunakee second baseman Zach Stoffels back peddles and catches a pop up in Sunday’s win over Cazenovia. 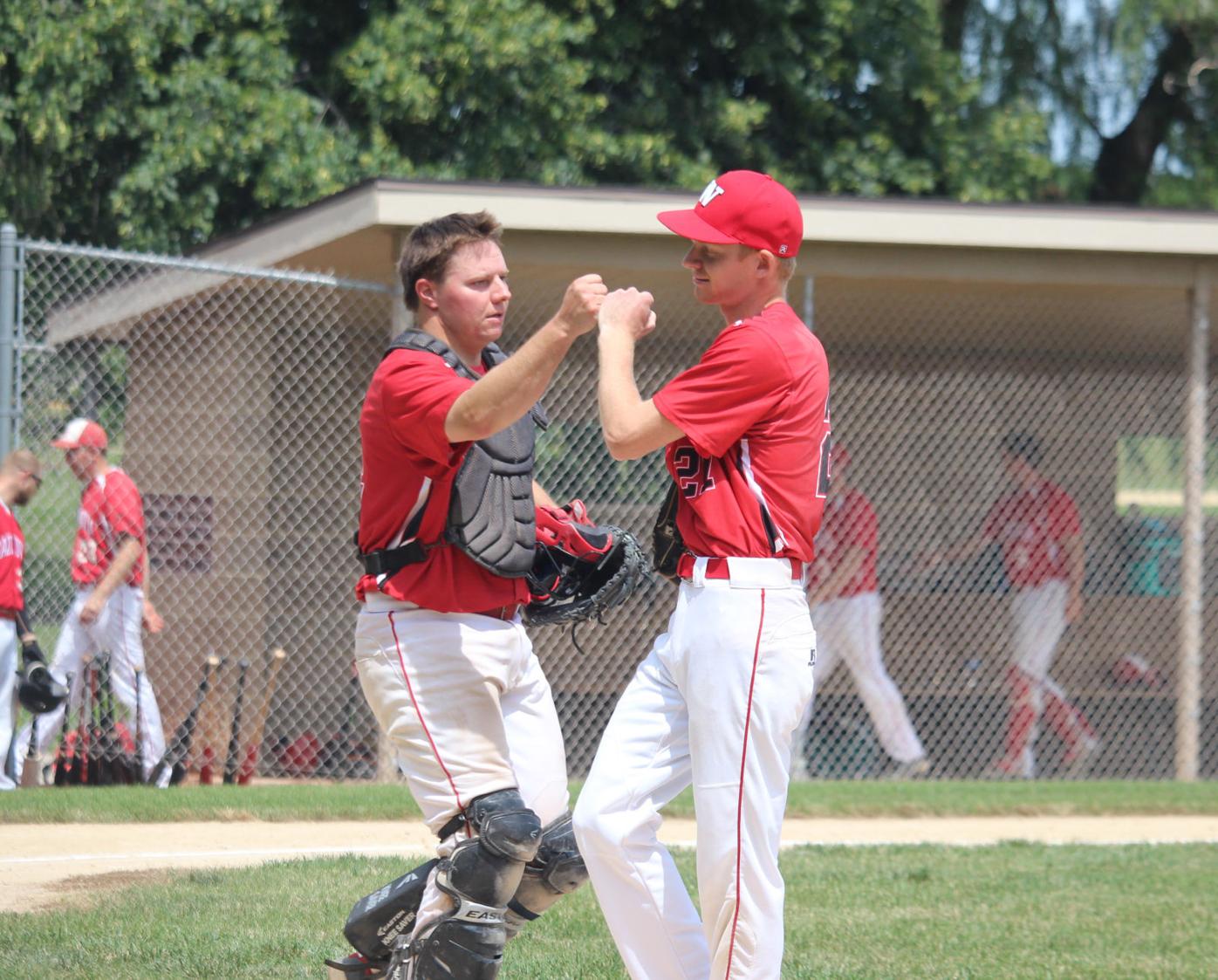 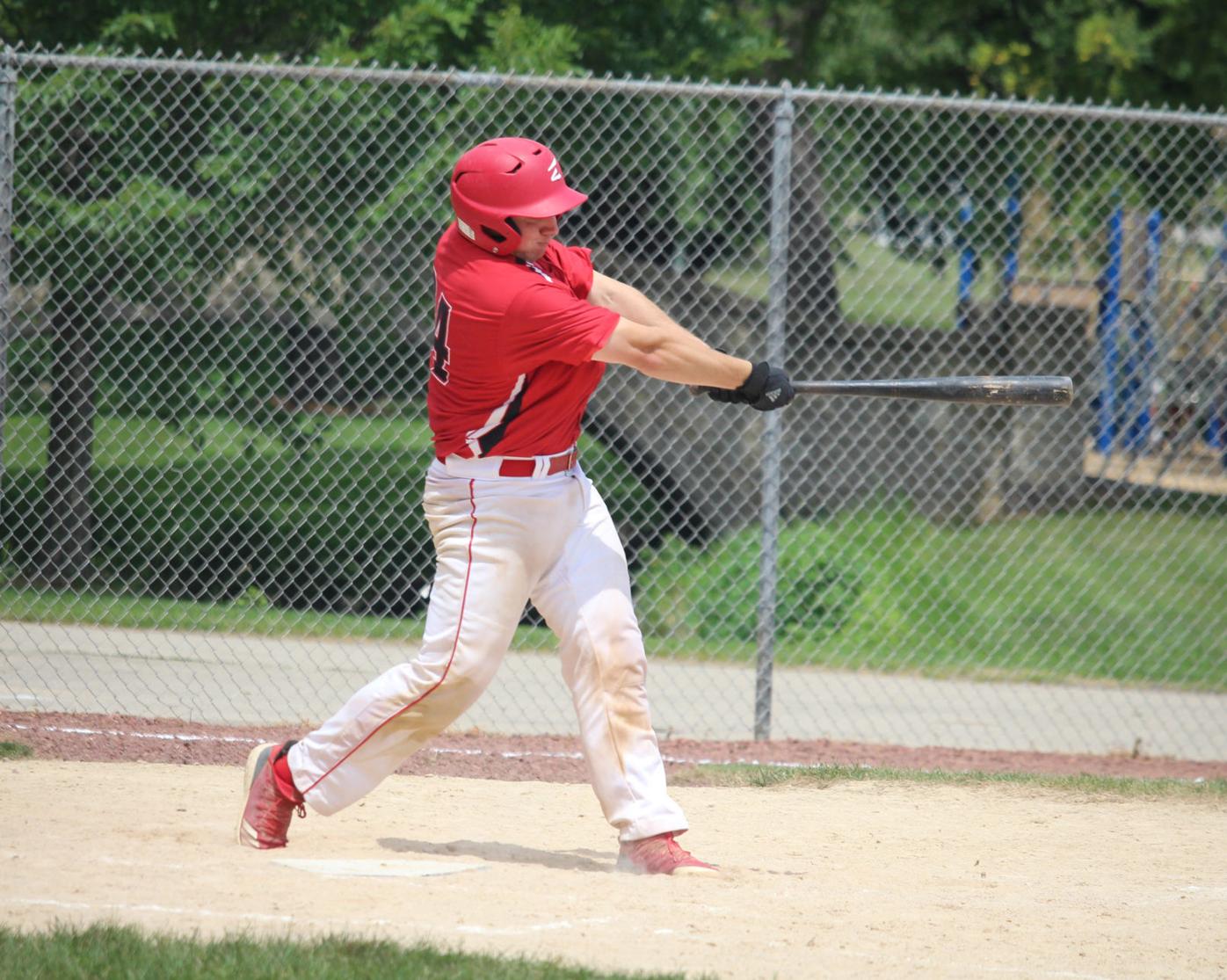 Ty Radke had two hits for Waunakee on Sunday. All nine starters had a hit in an 18-0 win over Cazenovia.

Waunakee second baseman Zach Stoffels back peddles and catches a pop up in Sunday’s win over Cazenovia.

Ty Radke had two hits for Waunakee on Sunday. All nine starters had a hit in an 18-0 win over Cazenovia.

Just about everything went right for the Waunakee Home Talent baseball team on Sunday. The local squad completely dominated its matchup with visiting Cazenovia.

Waunakee pounded out 19 hits in an 18-0 victory in seven innings.

The only thing that went wrong for Waunakee was a two-out single by Cazenovia in the bottom of the seventh to spoil a no-hit bid.

Waunakee has won three of its last four games to move to 4-4 in the Home Talent Sunday League Northern Section East Division.

After a scoreless first inning, Waunakee got going offensively with five runs in the bottom of the second.

“It really helps us settle in when we can score some runs early,” Hurlebaus said. “We were able to get rolling early in this game.”

Jarrett Fueger highlighted the second with an RBI double, while Blake Bieri and Bryce Bieri both had run-scoring single. Zach Stoffels added a run-scoring sacrifice fly, while another run scored on an error.

Waunakee took complete command of the game with an eight-run outburst in the bottom of the third.

The lead grew to 18-0 in the bottom of the fourth frame after Waunakee plated five more runs.

Radke plated a pair of runs in the fourth with a double, while Bieri chipped in a two-run single. Jack Kratcha added a run-scoring single.

All nine starters had a hit for Waunakee. They had eight players record multiple hits.

Blake Bieri got the start on the mound and pitched five hitless innings. He had 10 strikeouts and two walks in picking up the win.

Acker pitched the final two innings. He allowed just one hit and had a strikeout.

Nick Stittleburg had the only hit for Cazenovia.

Marcus McCauley and Stittleburg both pitched three innings for Cazenovia. They combined for three strikeouts and a walk.

Waunakee has three regular-season games remaining on its schedule. This Sunday, the local squad will play in Cross Plains at 1 p.m.

Waunakee will close out the regular season with 1 p.m. home games against Reedsburg (July 24) and Middleton (Aug. 1).

“I think we are in line for a good playoff spot,” Hurlebaus said. “It will be exciting.”