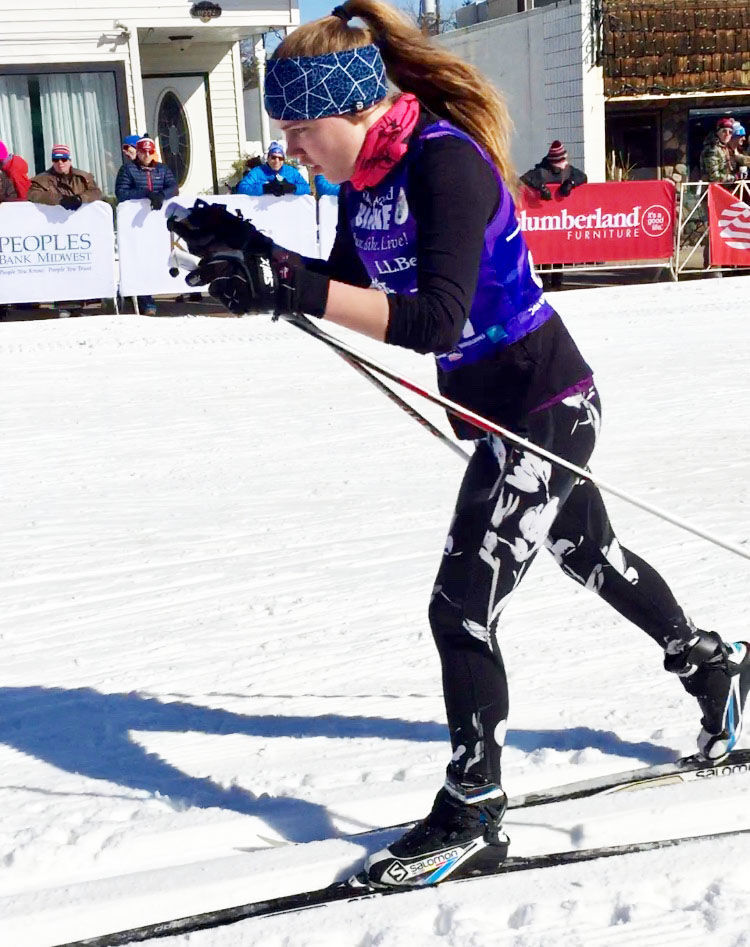 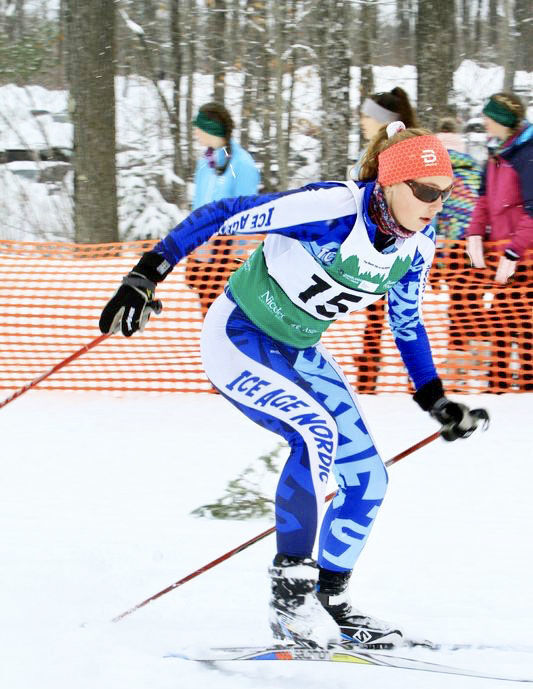 Junior Norah Lee hopes to move into the state’s top 30 this year.

Junior Norah Lee hopes to move into the state’s top 30 this year.

The Ice Age Nordic ski team is ready to another great season.

The team has been practicing since Nov. 10 and has been skiing on snow in Ironwood, Michigan, and locally for almost a month. With 9-10 inches of snow forecast for the week after Christmas, the Lodi ski trails are expected to be in prime condition for the first races. The meet will feature four South Conference teams, including Middleton Blackhawk, Waukesha Peak Nordic and Madison.

The Ice Age Girls team is dominated by juniors with Norah Lee and Amelia Heider positioned for successful ski seasons. Both girls are looking to improve their state meet successes and finish in the Top 30 skiers this year.

“All the girls are great athletes with a high ceiling for success,” Ice Age coach Dale Fanney said. “It takes time to turn athletic potential into speed on snow.”

This year’s boys team features four boys with junior Todd Niles looking to improve his state results significantly this year. Junior Nathan Ducat appears to be on the verge of a breakout ski season, while junior Nolan Feasel and freshman Sam Clepper will be battling for the team number four position.

The Ice Age Nordic middle school teams have 17 skiers and will also be competing in the first meet.

All teams in the Wisconsin Nordic Ski League have developed COVID mitigation policies for practice and competition. Masks, social distancing and minimizing the concentration of spectators and skiers at races have been the mainstay for these policies. Saturday’s race in Lodi features wave starts of five skiers instead of mass starts. Warming Buildings will have limited occupancy.

“As an outdoor sport with no contact and natural spacing, Nordic skiing appears to be very safe during the pandemic,” Fanney said. “The biggest problem is transportation to races and overnight lodging.”

This year the ski team hopes to compete in seven league races and State Championships in Cable in February.

The Ice Age Nordic boys and girls ski teams opened the season with a third-place finish at the South Conference Invitational in Lodi last Saturday. Snow and weather conditions were perfect for racing.

“Norah and Amelia had very strong races against some of the state’s fastest girls,” Ice Age coach Dale Fanney said.

Ice Age will compete in the Iola 6K skate race this Saturday.