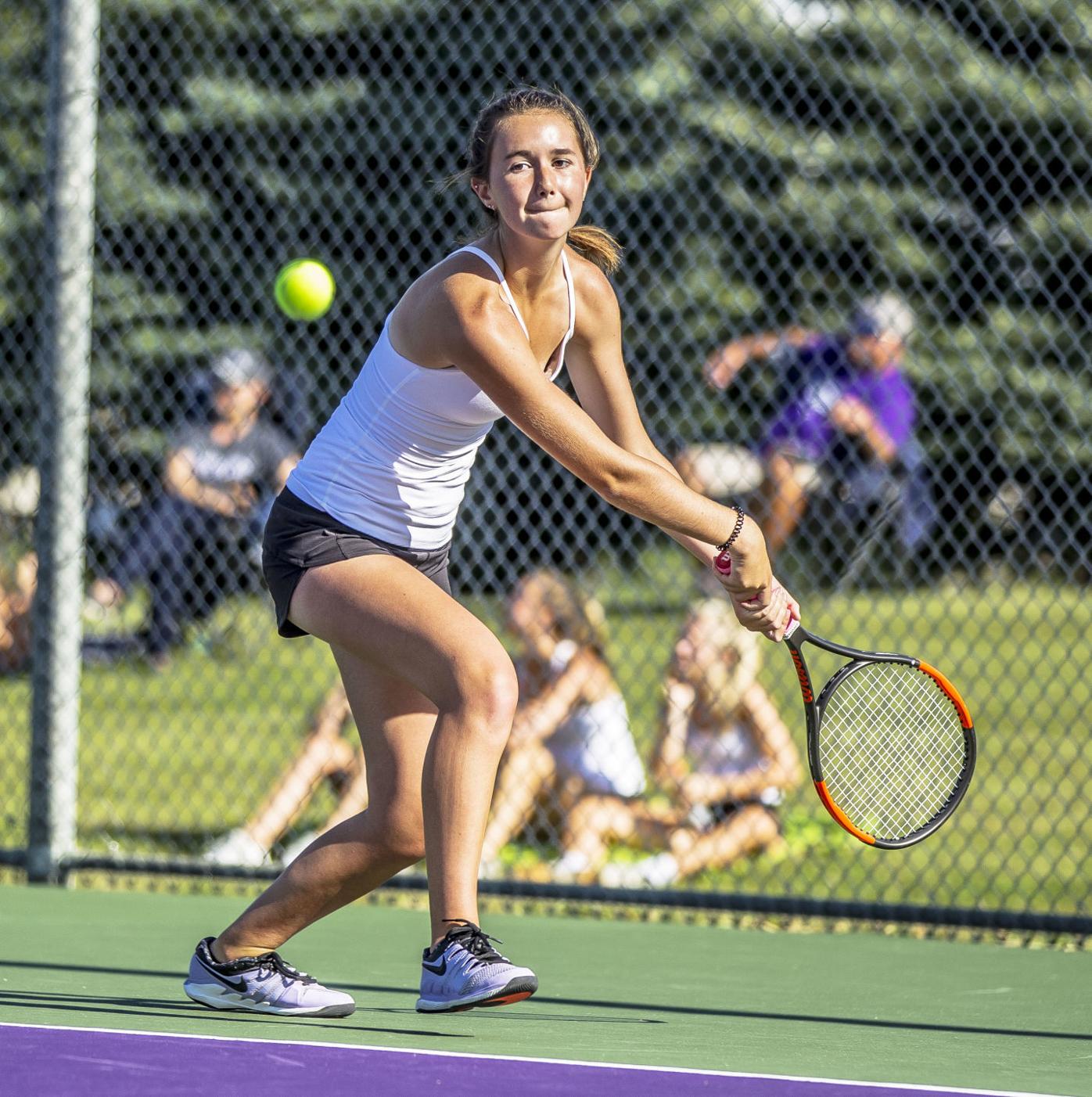 Gretchen Lee was at No. 2 singles for Waunakee’s first two matches of the season. She came away with straight-set victories both nights. 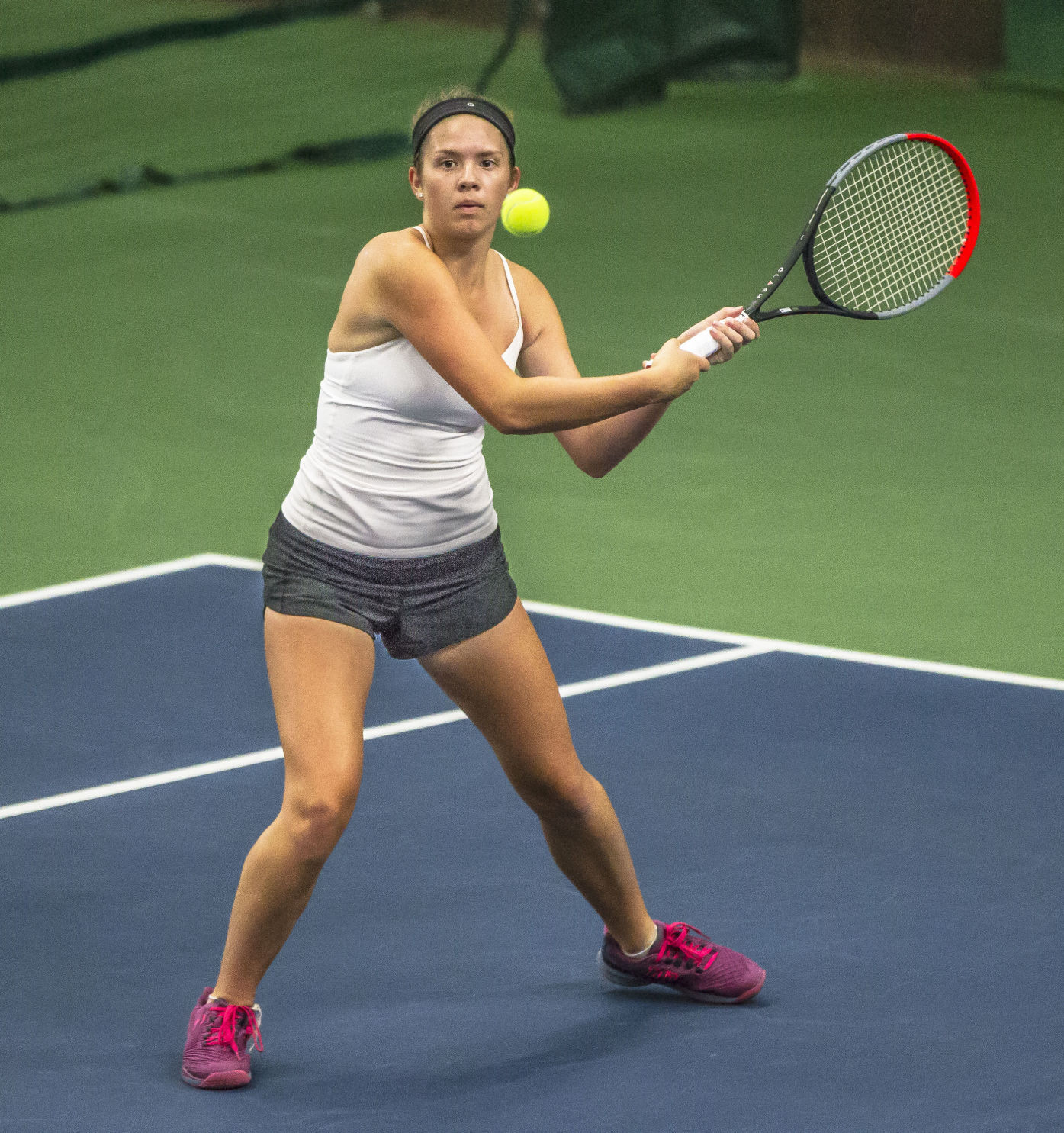 The Warriors’ Alli Larsen won in straight sets against both Fort Atkinson and Edgewood to open the 2020 season.

Gretchen Lee was at No. 2 singles for Waunakee’s first two matches of the season. She came away with straight-set victories both nights.

The Warriors’ Alli Larsen won in straight sets against both Fort Atkinson and Edgewood to open the 2020 season.

The 2020 fall season will look like no other due to the COVID-19 pandemic. The Waunakee girls tennis team got its first taste of the new look season with recent matches against Fort Atkinson and Madison Edgewood.

The Warriors kicked off the season on Aug. 21 at home against Fort Atkinson.

“It was extremely nice to get out and start competing again,” Waunakee coach Chris Nuenthel said. “That was a good match to get used to the new guidelines, and actually see how this season is going to look. We had a lot of energy and it was good to see a little bit of normalcy by just playing matches again.”

The Lady Warriors got going with a perfect showing against the Blackhawks. They did not drop a single set in a 10-0 victory.

Waunakee was just as impressive in the second dual of the season against host Madison Edgewood on Aug. 27 at Quann Park. The Warriors cruised to a 9-1 win.

“It’s strange to think this was our only match we will be riding a bus this season since we can’t leave Dane County,” Nuenthel said. “Even though the season has awkward moments to it, like the girls had to sanitize their hands before getting tennis balls for their Edgewood match, I was impressed with our level of play and energy. Overall as a team, to win every set from No. 2 singles to No. 10 singles is what really impressed me. Edgewood is a good team and I was impressed with everyone’s scores, hard work, and commitment to getting better.”

The Warriors dominated all 10 matches against Fort Atkinson. They dropped just 11 games the entire night.

Sara Sowinski got the night started at No. 1 singles with a 6-0, 6-2 win over Olivia Granec.

Waunakee’s No. 4 player Jadyn Statz worked her way to a 6-0, 6-2 victory over Ester Jones, while teammate Claire Jaeger defeated Brynn Torrenga 6-0. 6-3 at the No. 5 spot.

The Warriors had No. 6 Julia Zabel and No. 7 Danielle Rogers both win by a 6-0, 6-1 score. Zabel’s win came against Sarah Holzi, while Rogers thwarted Christa Sebranek.

Claire Borgelt (No. 8) and Caitlin Grommon (No. 9) both came away with 6-0. 6-0 shutouts for Waunakee. Borgelt took down Cassidy Becker, while Grommon blanked Aailyah Yang.

Sophie Schnaubelt (No. 10) completed the team sweep with a 6-1, 6-0 win over Lizzie Adelmeyer.

The Lady Warriors put together another dominating performance against Madison Edgewood. Their nine wins were all in straight sets.

Waunakee’s only loss of the night came at the No. 1 spot, as Sowinski was tripped up by defending WIAA Division 2 state champion Baluck Deang 6-0. 6-2.

“Sara’s goal was to do better than her match last season, and she accomplished that goal as last year she didn’t get a game,” Nuenthel said.

“Another impressive result for us was by Gretchen,” Nuenthel said. “The win shows the improvement already in her game.”