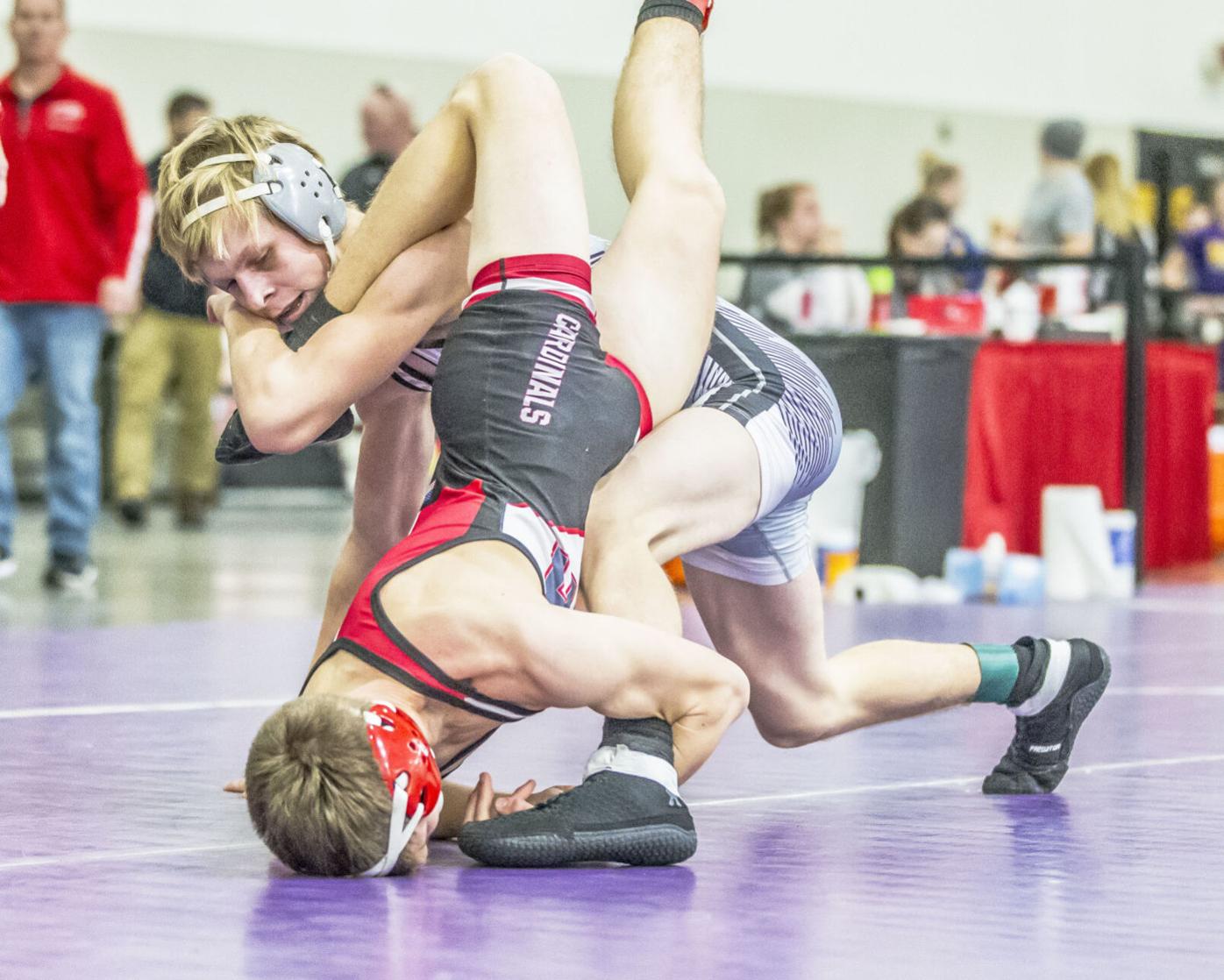 Sam Lorenz will be aiming for his third trip to the state tournament this winter. 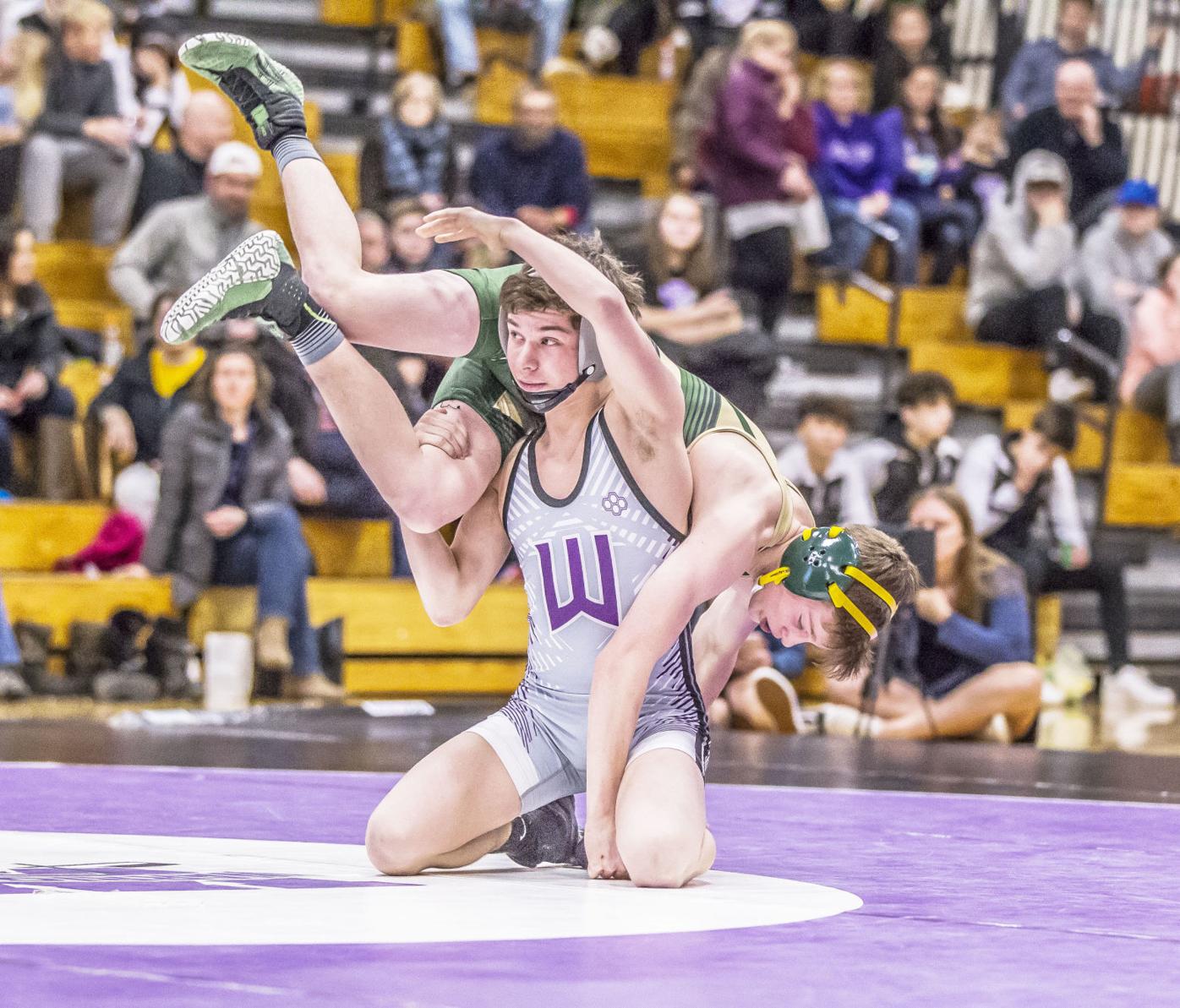 Kolby Heinz is one of three Waunakee wrestlers who return this season after advancing to state last year.

Sam Lorenz will be aiming for his third trip to the state tournament this winter.

Kolby Heinz is one of three Waunakee wrestlers who return this season after advancing to state last year.

With the Badger Conference canceling all competitions and championships, the Waunakee prep wrestling team will not get a chance to continue its string of titles this season. The four-time Badger North champions have been forced to change their goals.

“Our goal this year is to give our kids an opportunity to compete and get to wrestle,” Warrior coach Mark Natzke said. “Hopefully get to compete in a WIAA tournament series and qualify some individuals for the state tournament.”

Last season, the Warriors earned their fourth straight Badger North crown, but it took some work after falling once during the dual season.

Waunakee finished third overall at the Badger Conference Tournament, but more importantly the Warriors were top finisher among North teams.

After factoring in the results from the conference tournament and dual season, Waunakee and Baraboo tied for the overall Badger North title.

The Warriors followed the conference tournament by winning the title at the WIAA Middleton Regional. They won by over 100 points, 280.5-175.5, over second-place Middleton.

Waunakee fell 55-19 to Holmen at the team sectional.

The Warriors lost some talented wrestlers to graduation, including state qualifiers Berhett Statz and Colton Grindle. But, they return the majority of its lineup from next season.

“Our strength is our experience,” Natzke said. “We return 10 wrestlers who have varsity experience, including three state qualifiers.”

Heinz won a conference title at 120 pounds last season. He then won a regional title and placed second at sectionals to earn a trip to state. He will move to 126 this season.

Lorenz is a two-time state qualifier. Last season, he won a regional title and placed second at sectionals. He is moving from 132 to 138.

Ellis came on strong at the end of last season. The 160-pounder was sixth at the conference tournament, but bounced back to win a regional title and place second at the sectional. He is dropping down to 152 this season.

Hooker placed third at 160 at the conference tournament last season. He was the runner-up at regionals and fourth at the sectional.

Freie earned seventh place at the conference tournament. He then was second at the regional and third at the sectional.

Guralski placed eighth at the conference tournament, while Nechvatal and Reischel were both sectional qualifiers.

The Warriors are still finalizing their abbreviated schedule. They are hoping to get in a few meets before the WIAA postseason.

Waunakee will be at a regional with Madison Memorial, Middleton, Mount Horeb, Portage, Sauk Prairie, DeForest and Verona, but a site has not been decided yet for the Jan. 30 tournament. The site for sectional has also not been finalized.