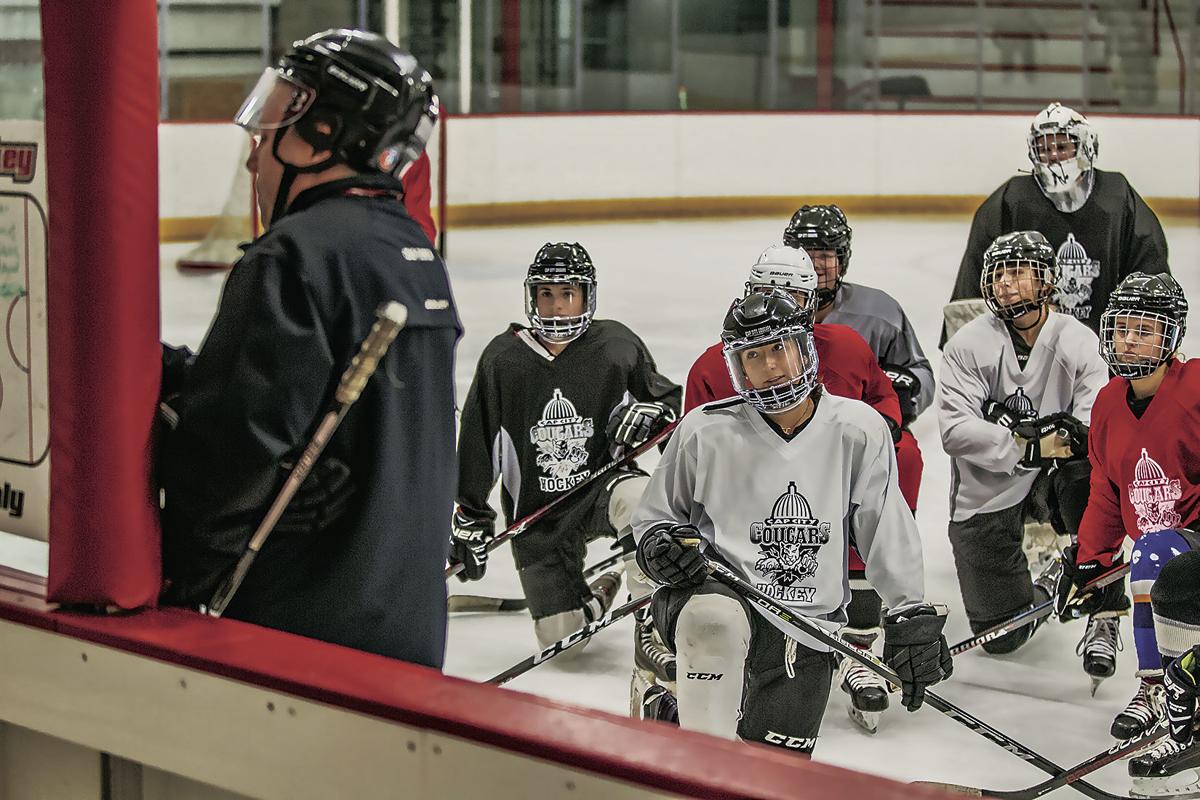 The Cougars watch as head coach Jeff Thornton draws a drill on the board at an early-season practice. 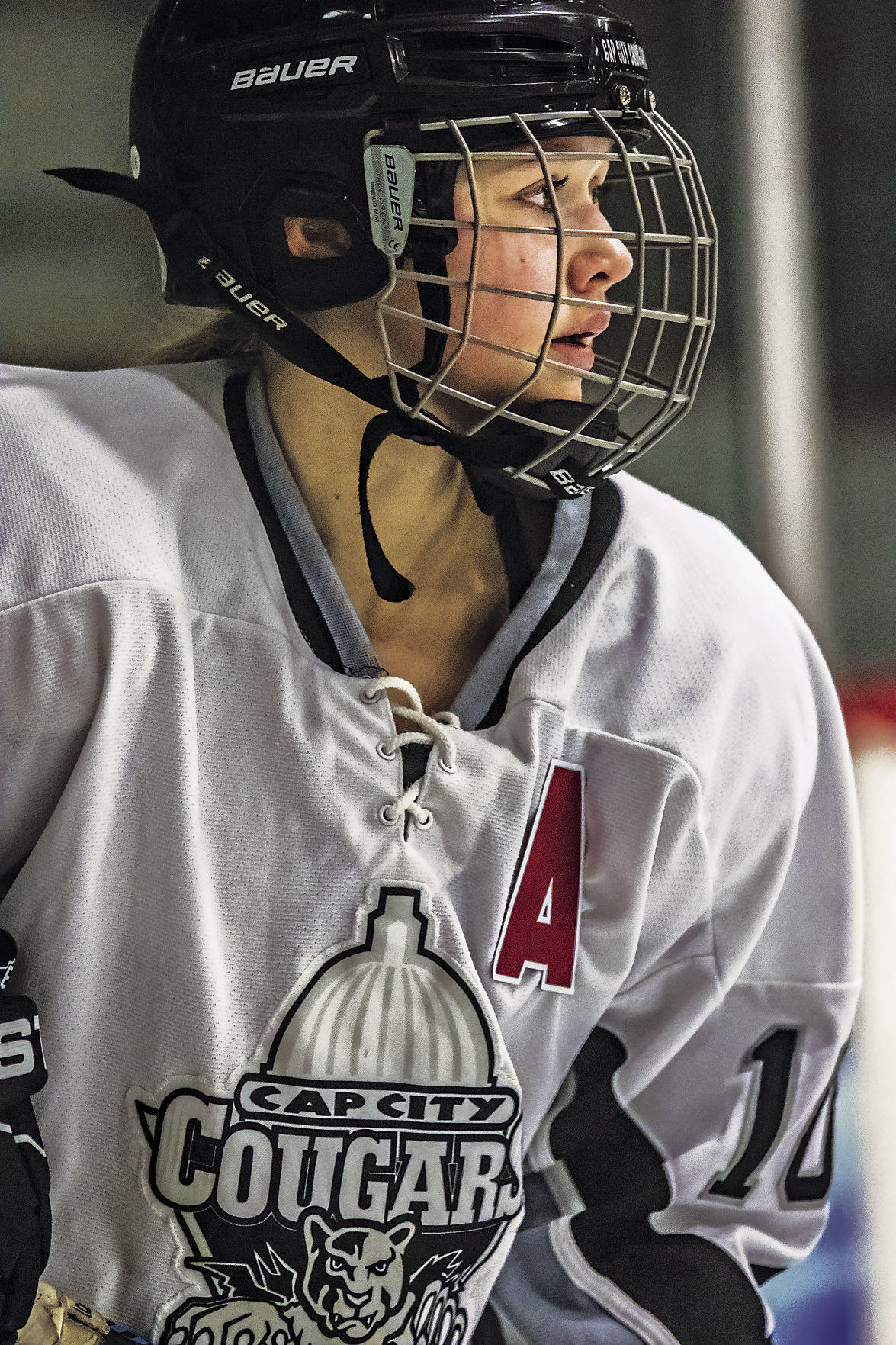 Zephryn Jager returns as Cap City’s leading point-scorer from a season ago. Jager is one of three all-conference returnees in 2019-20 for the Cougars.

The Cougars watch as head coach Jeff Thornton draws a drill on the board at an early-season practice.

Zephryn Jager returns as Cap City’s leading point-scorer from a season ago. Jager is one of three all-conference returnees in 2019-20 for the Cougars.

Ending the season at the Coliseum has become a yearly tradition for the Cap City Cougars.

For this year’s senior class, it’s all they know; the past three seasons have each resulted in trips to the state tournament, and the 2019-20 team is shooting to make it four in a row.

“This group of seniors has had the privilege of representing our sectional teams at the state tournament three times, and it’s not something that any one of them take for granted,” said Cap City’s head coach Jeff Thornton, entering his fifth year leading the program. “Each year they’ve survived a nail-biting sectional final to advance; twice in overtime.”

With each of their top four goal-scorers from last year’s team – seniors Zephryn Jager of La Follette, Brynna Banuelos and Mackenzie Rosin of Sun Prairie and junior Amanda Bauer of Waunakee – returning, scoring opportunities are likely to be plentiful. Jager – last year’s All-area Player of the Year – and Rosin were both first-team all-conference selections a year ago, while Bauer earned honorable mention recognition.

“We do return most of our scoring from last season, but we are adding some new and exciting players to the mix this season,” said Thornton. “With a strong veteran group of returning starters, our goals are to add a few new looks and systems this year which should allow us to be a bit more dynamic in the offensive zone – especially on the power play.”

The Cougars are deep at every position group on the roster, making for plenty of competition. Ice time will be hard-earned, especially with the addition of new players to this year’s roster.

“This group of new players includes several incoming freshmen as well as several players that are coming to the Cougars for the first time after playing elsewhere last year: AAA hockey plus two new players from out of state and one new player from out of the country,” Thornton said. “We’ll go into the season with 15 forwards, eight defensive players, and three goaltenders all fighting for the varsity roster spots. And it’s important that we mention that we have two incredible team managers that will support our team this year – we couldn’t do it without them.”

A defense that was among the stingiest in the Badger Conference a year ago should remain a team strength with the return of significant contributors including Waunakee senior Olivia Thompson, La Follette senior Mary Goss and Sun Prairie senior Camille Baker, among others.

Waunakee sophomore Taylor Knox returns, as well after starting 11 games in goal a season ago.

With a healthy number of players out for the team this year, competition will be key, and every position on the ice is up for grabs.

“Our players will need to balance that competitive fire with the ability to support their teammates no matter which role they end up filling for us,” added Thornton. “Building a cohesive team from a group of individual players may be the hardest thing we do each season.”

The Rock County Fury and Madison Metro Lynx are likely to be Cap City’s chief competition for a Badger Conference title in 2019-20, with the Fury having claimed the championship the previous two seasons.

The Cougars’ first game of the season will come Monday against the Icebergs of Stoughton. The puck is scheduled to drop at the Ice Pond of Waunakee at 7:15 p.m.

“This group of seniors has had the privilege of representing our sectional teams at the state tournament three times, and it’s not something that any one of them take for granted,."