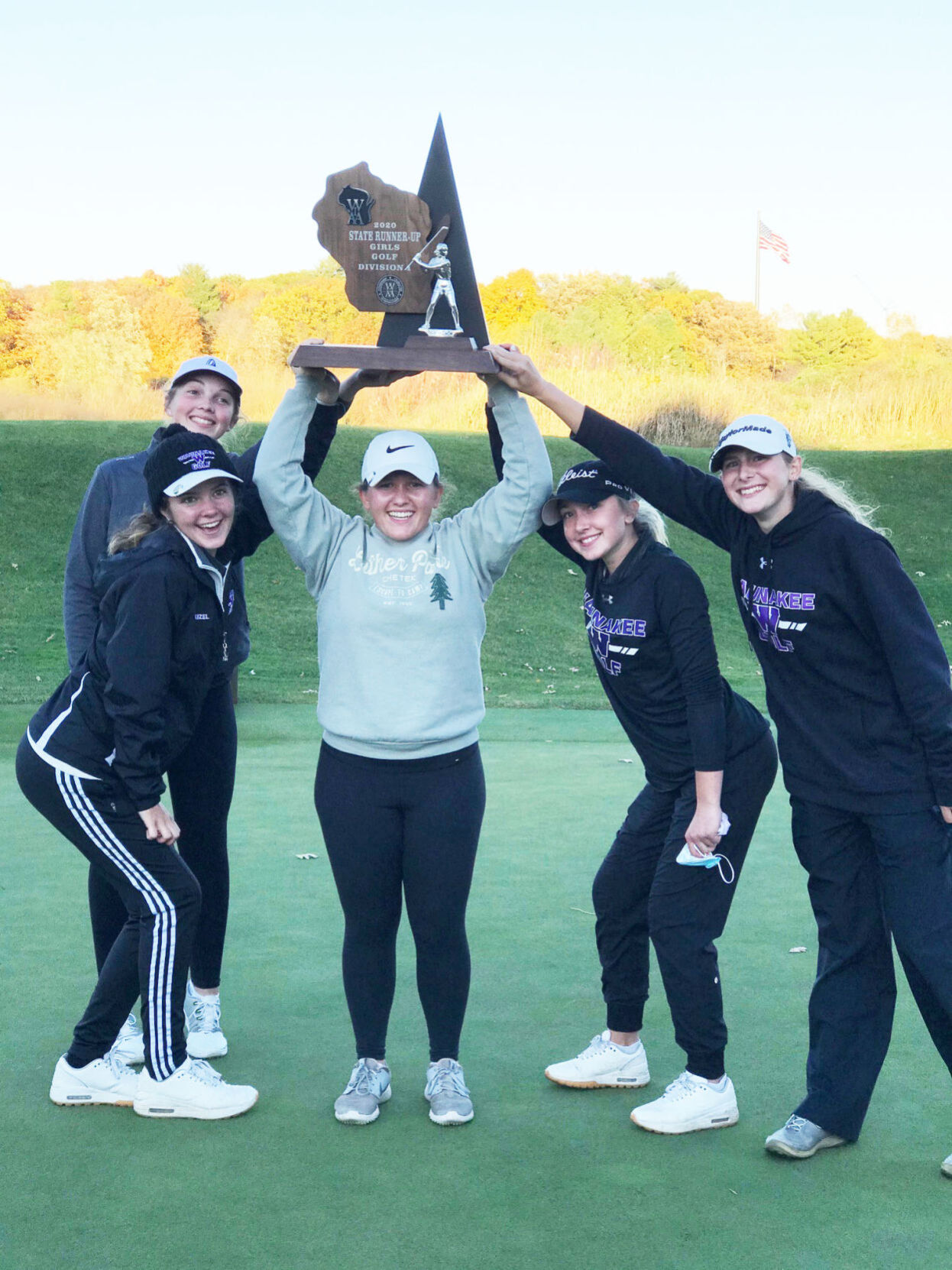 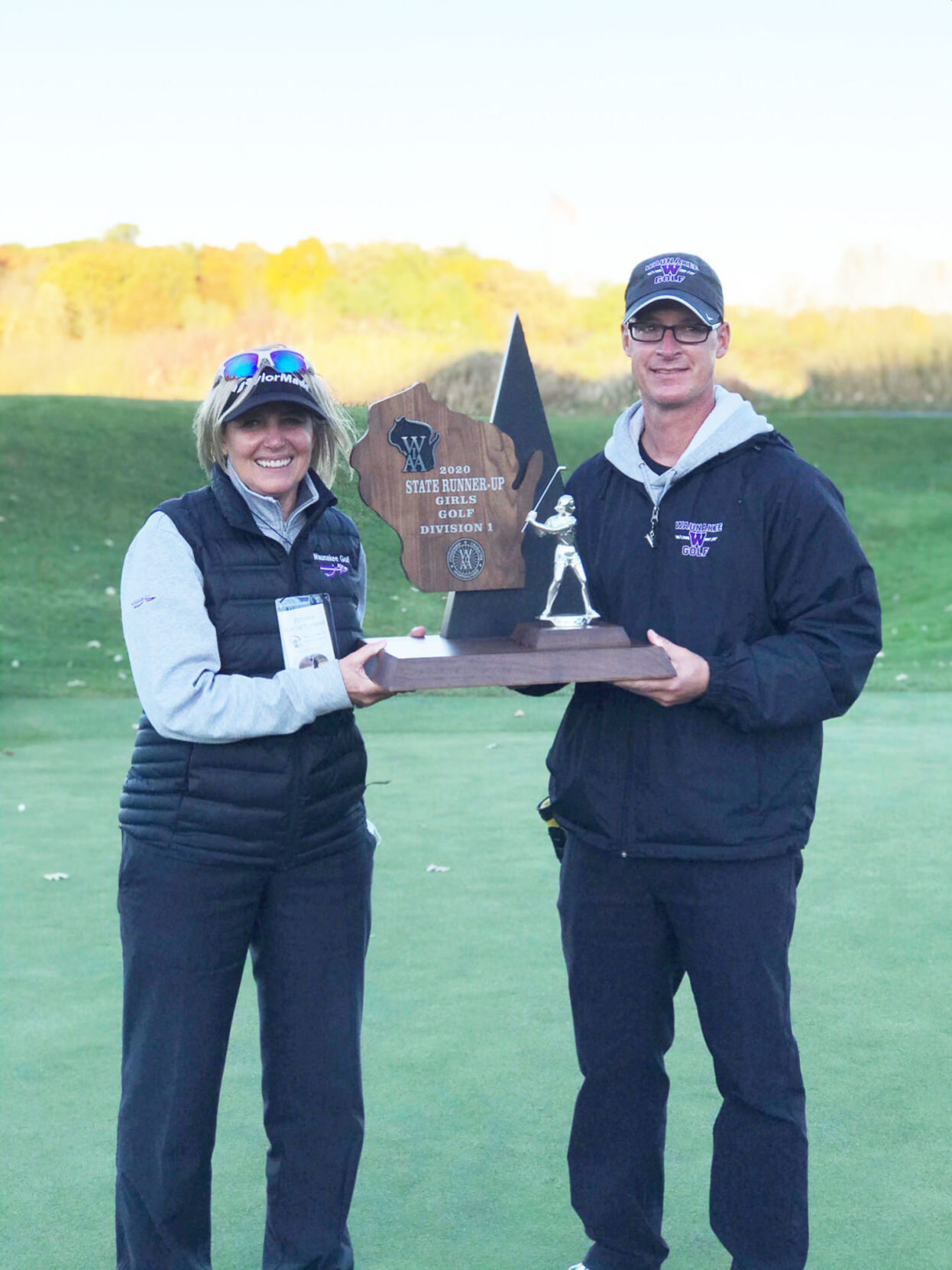 Under the circumstances, holding a season during a pandemic, the Waunakee girls golf team had a near perfect 2020 season.

“I would rate this season a nine out of 10,” Waunakee coach Paul Miller said. “Ultimately, we were able to not only practice to our usual capacity, but also compete. I only wish we could have scheduled more matches for our JV squads.”

Due to the COVID-19 pandemic, the Warriors had to completely change their schedule before the season even started. They also had to navigate a number changes to practices due to protocols set in place by Dane County, the Waunakee School Board and the WIAA.

“The biggest challenge was the limitations put on our team by not being able to play outside of Dane County,” Miller said. “So, finding a variety of teams to play was difficult.”

The Lady Warriors were able to thrive during the difficult situation and concluded the season with the second-highest finish at state in program history. They were the runner-up at the WIAA Division 1 state meet.

“With the uncertainty because of COVID-19, simply being able to even have a season was the greatest highlight of all,” Miller said. “Certainly though, placing second at the state tournament was far and away one of the greatest gifts we could have asked for.”

Waunakee competed in eight meets during the regular season and six of them took place at the Meadows of Sixmile Creek Golf Course.

After a dominating run through the regular season, the Warriors opened up the WIAA post season by winning the Portage Regional by 11 strokes, 328-339, over Tomah. Sydney Grimm, Aly Kinzel, Natalie Hoege, Jordan Shipshock and Izzi Stricker all had great rounds for Waunakee.

Tomah edged out Waunakee 341-344 at the Tomah Sectional, but the Warriors punched their ticket to the state tournament as a team for the third straight year.

The Warriors turned in a score of 526 at the state meet to finish second behind Brookfield Central (516). It was their highest state finish since winning a title in 2010.

Stricker, Grim and Kinzel all finished tied for 13th place at the state tournament with a two-day total of 130. Hoege finished with a 139 to place 28th, while Shipshock was 40th with a 142.

“The 2020 season was a season like no other,” Miller said. “Before it even had a chance to get started, we found out we would be missing three-year letterwinner Elena Maier to an ACL injury. I will always remember the way the team came together to plead for the opportunity to play. Also, the measures that were necessary to hold a practice or find some means of competition were obviously very different than any other season. Finally, the tremendous second day performance of the team at the state tournament, playing in some incredibly adverse conditions to capture a share of second place.”

The Lady Warriors were led this fall by a strong senior class that included Kinzel, Grimm, Hoege and Elena Maier.

“This senior class has played an incredible part in developing and growing the culture of the Waunakee Girls’ Golf Team,” Miller said. “They could very well be one of the overall most successful squads our program has had.”

The good news for the Warriors is that future looks bright, as Stricker and Shipshock are only freshmen.

“We are going to miss all of our graduating seniors,” Miller said. “There is something special about the leadership and skill set that they take with them. However, we have a solid core of returning players from all grade levels. We hope that we all get through the obstacles posed by COVID-19 and that we, once again, have an opportunity just to compete next season.”