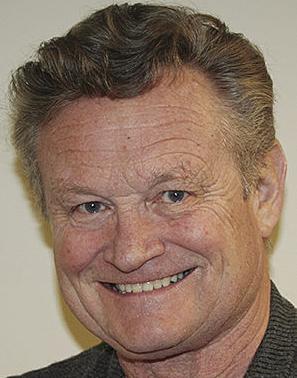 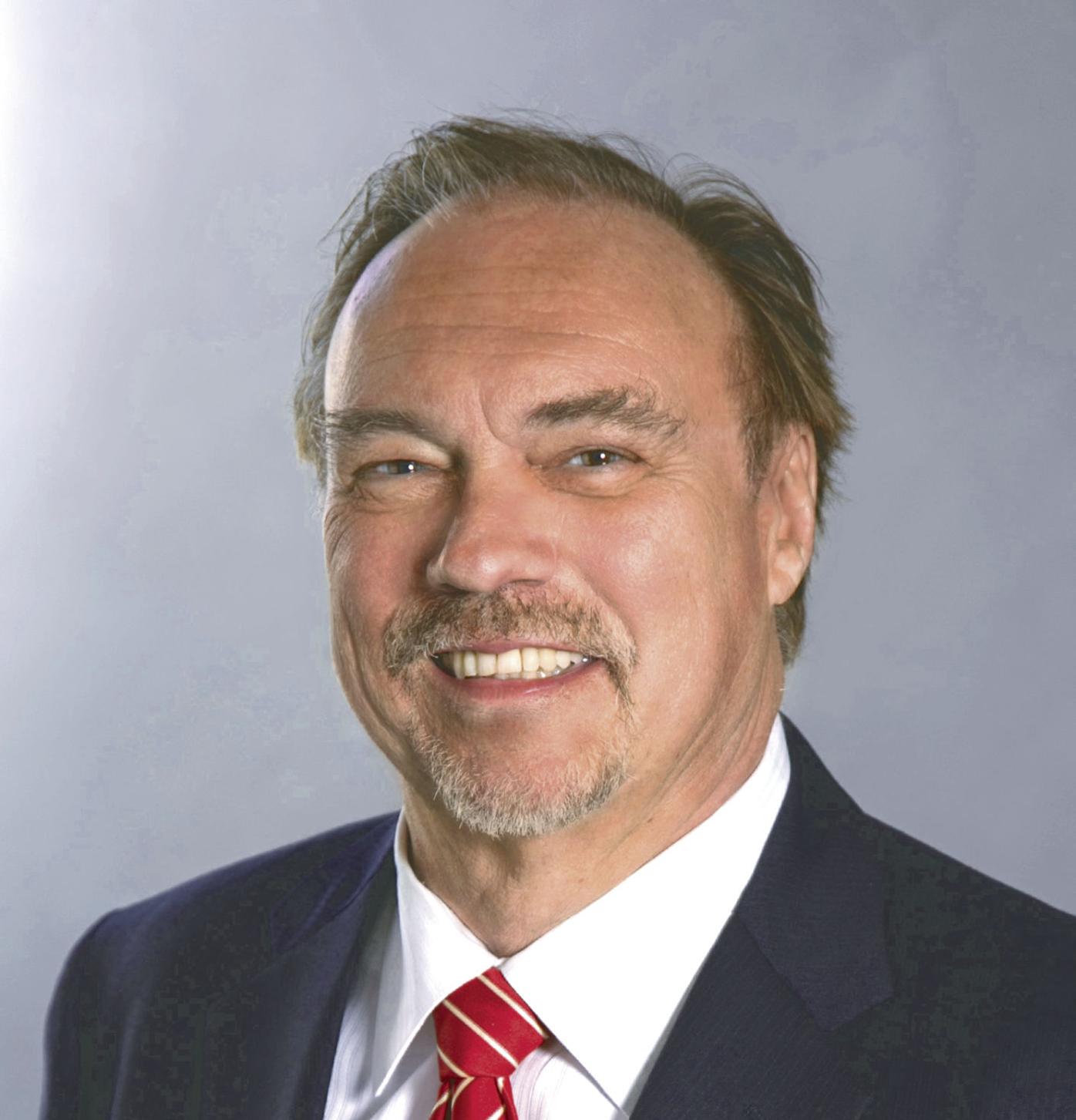 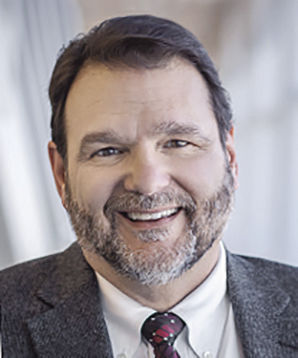 Westport residents will see some familiar names on the ballot this year, as three incumbents seek re-election to the town’s board of supervisors in the spring election.

Dean Grosskopf has served on the town’s plan commission or its board of supervisors for the past 30 years, and is now running for his third consecutive term as town chair.

Grosskopf was first elected to the chair position in 1991, but stepped down from the role two years later to serve as a supervisor instead. He was re-elected town chair in 2017, following the retirement of John Van Dinter, and today looks to continue his tenue at the helm of the board.

Grosskopf said relationships with other municipalities have improved during this time of office.

“In 1989, we were at odds with the Village of Waunakee terribly,” Grosskopf said about the state of affairs entering his first term in office. “We’d plow one side of the road and leave the other side unplowed, dumb stuff like that, just because everybody hated each other.”

After taking over as chair, Grosskopf set up a lunch with then-village president Maureen O’Malley to see if they could improve the intergovernmental relationship between the village and the town.

“And we decided that we had a lot more in common than we had reason to be at odds,” Grosskopf said. “It kind of melted the iceberg, if you will. And from there, it turned out to be a pretty nice relationship.”

Grosskopf said the town of Westport has since undergone pressure to become more urbanized, but has held fast in its commitment to preserve the town’s rural character.

“It’s the joint plan and the Westport plan to keep the town as agricultural, rural and open as possible,” Grosskopf said. “So I would not advocate businesses coming to Westport that would have any impact on that all-over plan. Sometimes we have to… But it’s not something that we particularly want.”

Grosskopf was asked whether he felt that the municipality’s downtown area was healthy and successful, and if not, what he would do to change that.

Grosskopf noted that town had recently formed a sign group to do just that.

Grosskopf was then asked what he considered most important for the town at this time – building new homes and commercial development, or rehabbing existing homes and storefronts.

“I’m definitely more of a rehab person than a development person,” Grosskopf said. “Every time, developers kind of get in my face and say, ‘You know…This is good for your tax base.’ And I say, ‘We love corn. We love cornfields here in Westport. We don’t have any need to develop anything. So you have to understand that.’ Our people are happy with their taxes.”

Asked about the Bishops Bay development and the pace at which it’s built out over the past few years, Grosskopf said it was no secret that both the town and developer were disappointed.

“First of all, that whole Bishops Bay development was conceived over the 20 or so years that I was not chairman,” Grosskopf said. “I didn’t vote for expending any public funds to assist Bishops Bay. On the other hand, that was a done deal by the time I assumed the chair. The reason we did that, though, was to create a community separation between Westport and Middleton and leave as much land as possible in Westport. But I wish it was still corn.”

Ken Sipsma has served as town supervisor since 1995, and is running for a 14th consecutive term with the hope that his knowledge comes in handy over the next two years.

Sipsma has worked as an attorney since the early ’90s, and practices law all throughout the state.

Sipsma said the town was at an interesting time in its history, with opportunities for development in various parts of the township, and would need to approach such opportunities responsibly.

“There are areas left in the town that could be developed residentially,” Sipsma said, “or that could be developed commercially. But we have a comprehensive plan, and agreements with both Middleton and Waunakee as to how that’s supposed to go. A lot of that stuff has been long looked at and planned ahead of time, so that we do them in an orderly manner.”

Sipsma said businesses in the town appeared successful, and would likely need little to no help from the town in the coming years.

Like other candidates, Sipsma was asked what he considered most important for the town at this time – building new homes and commercial development, or rehabbing existing homes and storefronts.

“I don’t think you can pick one over the other,” Sipsma said. “It’s a matter of having a mix of both under the best possible conditions, whether it’s new residential or new commercial, to make sure that it’s in the appropriate place and that it meets all of our specifications.”

Asked about the Bishops Bay development, Sipsma said it’s obvious that the pace at which it has built out over the past few years has been “utterly slow.”

“Some of it’s the choices that have been made, but we want to see it built out,” Sipsma added. “We have an interest in seeing that development developed, because it’s our border with the City of Middleton. So as long as it’s built out according to the specifications that were originally put together in those places, it will remain our border and we won’t have to be concerned about annexation.”

John Cuccia was elected to the town board in 2017, and is seeking re-election to his third term.

An architect by trade, Cuccia has spent the past several months developing design guidelines for the town as chair of a Sign Design Group that was formed last fall. Groups members estimated that his contributions have saved the municipality tens of thousands of dollars in professional costs.

Cuccia said one reason he is running for re-election is to ensure that those guidelines are abided by as Westport’s downtown area near the corner of Hwy. M and Hwy. 113 continues to develop.

“As the town center area develops, I will be keeping a close eye on how commercial properties develop there and be sure that the commercial design guidelines are thoughtfully adhered to,” Cuccia said. “This area is the main entry to the Town of Westport and should be cohesive and carefully planned with projects moving forward.”

Now able to spend more time at home, Cuccia said he will be keeping watch for road and bridge improvements that are needed throughout the town as well.

“I think it is important that we continue to be vigilant with the town’s infrastructure maintenance, upgrades, repair and/or replacement, including the township’s roads,” Cuccia said. “It is critical that we thoughtfully consider options and value for the town’s residents.”

Cuccia noted that he wanted to be a “good steward” of taxpayer funds.

He acknowledged that pressure to develop has been mounting, and echoed his fellow candidates that abiding by the town’s comprehensive plan would be important moving forward.

“As our area develops and we receive pressure from surrounding communities and other entities, I believe it is critical that we continue to prioritize the rural nature and roots of the Town of Westport to the greatest extent possible,” Cuccia said, “while carefully considering all sides of issues and honoring the carefully written Comprehensive Plan Document.”

Cuccia said the Bishops Bay development is an area town officials will need to pay attention.

Developer Terrence Wall has proposed changes to the development agreement for Bishops Bay on several occasions, which Cuccia described as a tactic he has not appreciated. However, the incumbent said he will remain open-minded to proposals that are beneficial for the township.