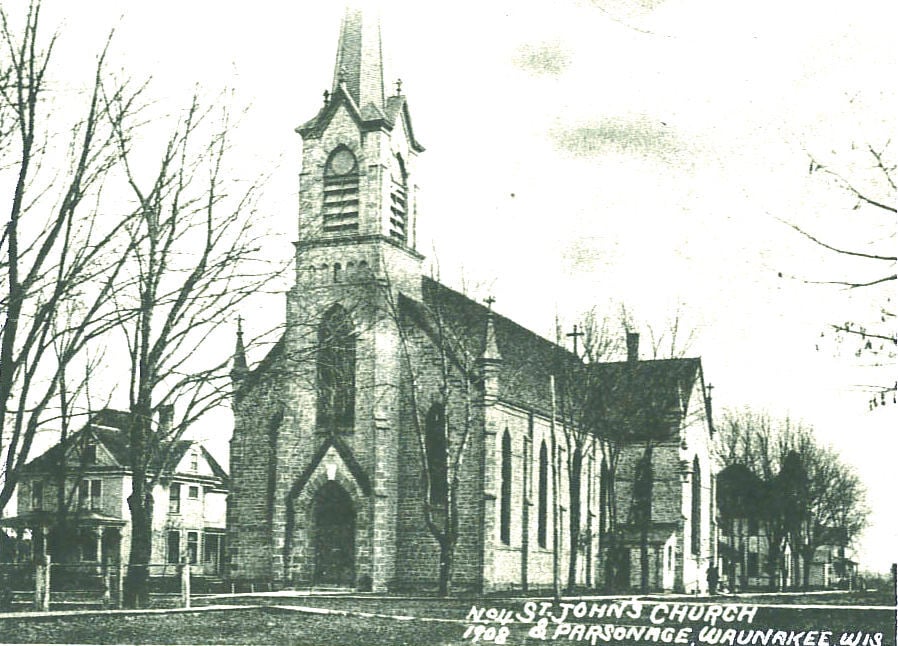 St. John the Baptist Catholic Church looked a little different a hundred years ago, as evidenced in this picture dated 1908. 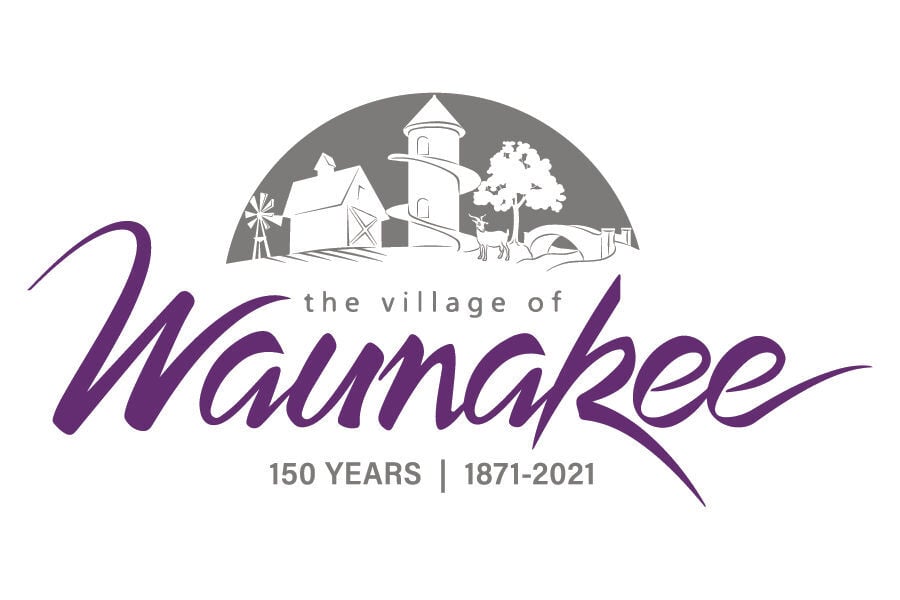 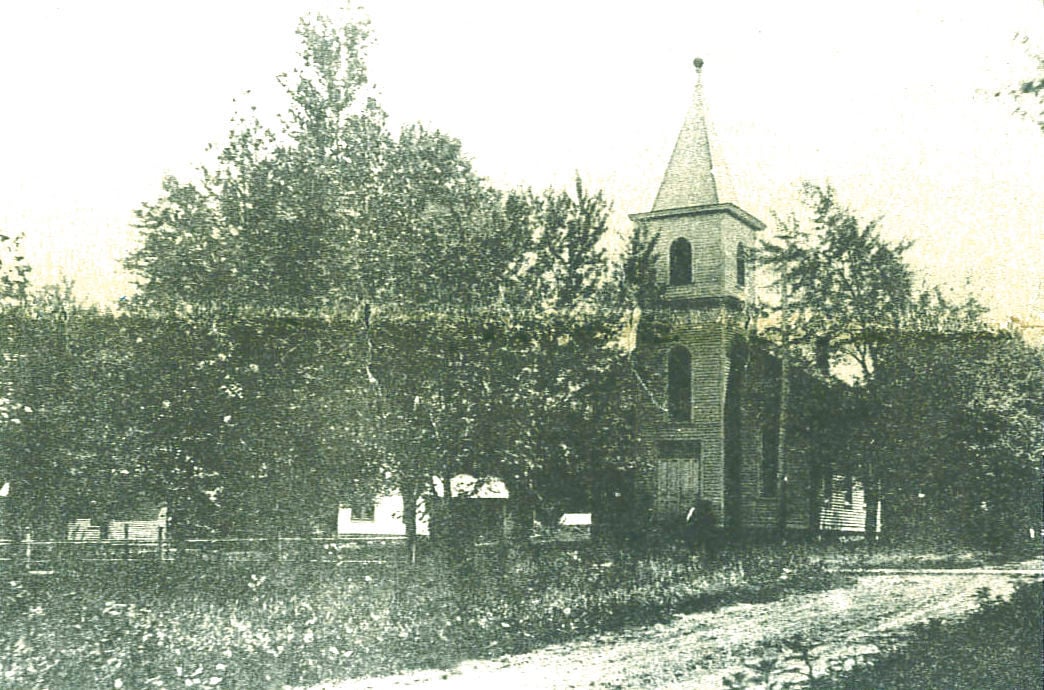 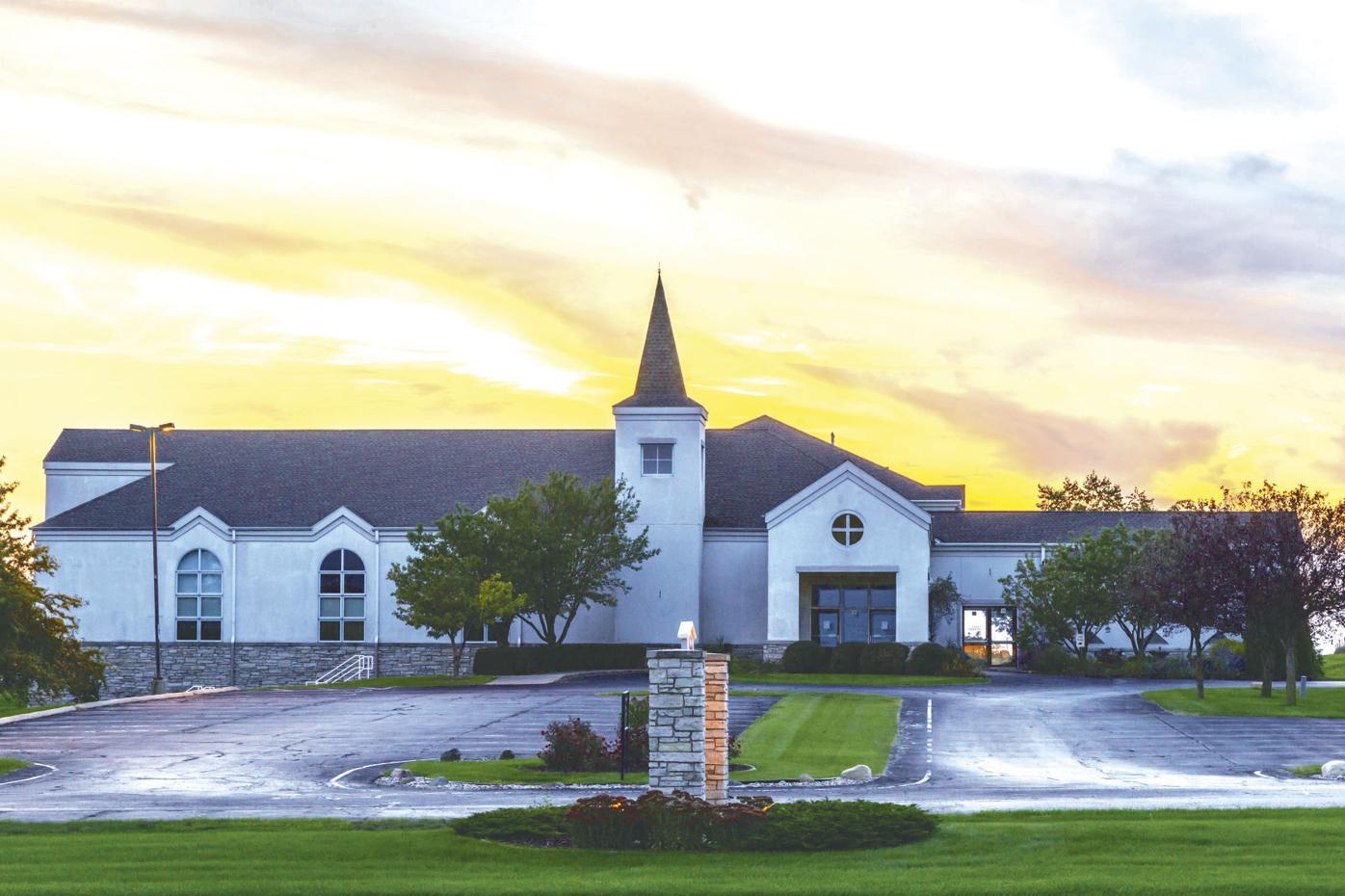 A street view of the new First Presbyterian Church shows how the church and its congregation have grown over the past 143 years.

St. John the Baptist Catholic Church looked a little different a hundred years ago, as evidenced in this picture dated 1908.

A street view of the new First Presbyterian Church shows how the church and its congregation have grown over the past 143 years.

Waunakee residents have practiced religion at various institutions throughout the past 150 years. Although several others were established more recently, here’s a look at some of the earliest churches in the area.

The congregation of St. John the Baptist church was established in 1874, and consisted of 19 German families who had previously worshipped at churches in surrounding communities.

According to local historical records, the parishioners had been concerned about their children’s education and decided to establish a Catholic school in the village of Waunakee. Money was raised to purchase a site, and a building was constructed to serve as both the church and school.

Within a year, the building became too small and a separate schoolhouse was constructed.

The school was originally taught by secular teachers; however, they were soon supplanted by the School Sisters of St. Agnes for whom a new on-site dwelling was built in 1982.

The new church measured more than 4000 square feet, and was built entirely of stone. Its interior consisted of hardwood pews and cathedral-glass windows, as well as other modern improvements.

The building cost the congregation an estimated $15,000.

By 1889, approximately 85 families were part of the church and 100 students regularly attended its parochial school. A new schoolhouse was built in the village seven years later, as the parish celebrated its silver jubilee. The church underwent an addition in 1906, and was later redecorated.

In the late 1930s, the church basement was excavated, and improvements were made to the old schoolhouse. A building fund was then established for construction of a new facility.

The architect proposed an 8-room building that would cost the congregation $120,000.

Yet by 1947, material and labor costs had spiraled so much that the estimated cost had risen to $250,000. As a result, members voted to build only the school at that time and postpone construction of the auditorium until a later date. The new school was completed in 1949.

Over the next 20 years, however, facilities in the school became increasingly crowded. A survey showed that the need for a new building would only grow as more time passed.

Construction of a new parochial school began in spring 1960, and was completed by the fall. The total cost of the building was a reported $553,000. The parish made a substantial investment in the school’s gym furnishings and equipment as well. A special floor was built into the gym, and a roller-skating program was instituted for recreational purposes shortly thereafter.

The money earned from that project would assist the parish in paying many of its bills at the time.

St. John the Baptist observed its 100-year Centennial celebration in August 1974. The event was attended by more than 1200 people and featured an outdoor mass, a catered dinner, live German music, a lunch stand, and a beer stand operated by the Knights of Columbus.

The parish has since constructed a new church, which is located next door to the existing one. The facility was finished in 2008, and allows additional programming to take place at St. John’s.

The church has begun offering Spanish mass as well, in hopes of reaching more community members.

The St. Paul Evangelical Lutheran Church of Waunakee existed from 1878 to 1916.

Services were originally held in the old district schoolhouse, then a carpentry shop that became Koltes Hardware Store, and later in the Presbyterian Church constructed at 110 W. Second Street.

German Lutheran services in Waunakee ended in 1916. When the church discontinued, many of its members joined other churches in the area. Some would go on to join the First Presbyterian Church.

Eight residents had presented certificates of dismission from other churches, to become charter members of a newly formed congregation that met at a local carpentry shop.

The church board secured a $500 loan the following year, to construct a facility of their own.

The church started receiving new members in 1879. Twenty years later, a Ladies’ Missionary Society was organized. Among efforts that the Society funded were the village’s first sidewalks, which were made of wood and located between the church and 110 South Street.

From late 1902-1903, attendance was so low that services were discontinued for a period of time.

At that time, two members of the congregation were running a general store and decided to open it on Sundays rather than take part in church services.

A committee was appointed to visit the couple and admonish them for doing so.

Church records were lost during the 1920s, and weren’t updated until the summer of 1930. The congregation would observe its 60th anniversary in 1938. The pastor at the time preached a historical sermon, while a member of the congregation recollected his early years with the church.

In 1952, a basement was built beneath the original church. Among its provisions were a kitchen, a dining room, rest rooms and a furnace room.

A church organ was purchased around this period as well.

From 1960-62, the sanctuary was remodeled and redecorated. The church pews were replaced, and in 1961, the corporate name of the church was changed to “First United Presbyterian Church.”

Between 1963 and 1966, a building program and fund drive was instigated to add onto the original 1878 building. A Christian Education Addition was completed two years later, and dedicated in 1969. The addition provided six classrooms, a pastor’s study, restrooms and a Fellowship Hall. The sanctuary was remodeled to conform with the new addition, as well.

FPC celebrated its Centennial year in 1978.

The church has since constructed a new facility on Hwy. Q, in Waunakee. The facility was completed in 1994, and underwent an addition in 2005. Among other things in the community, the church has become known for hosting a live nativity scene during the holiday season.