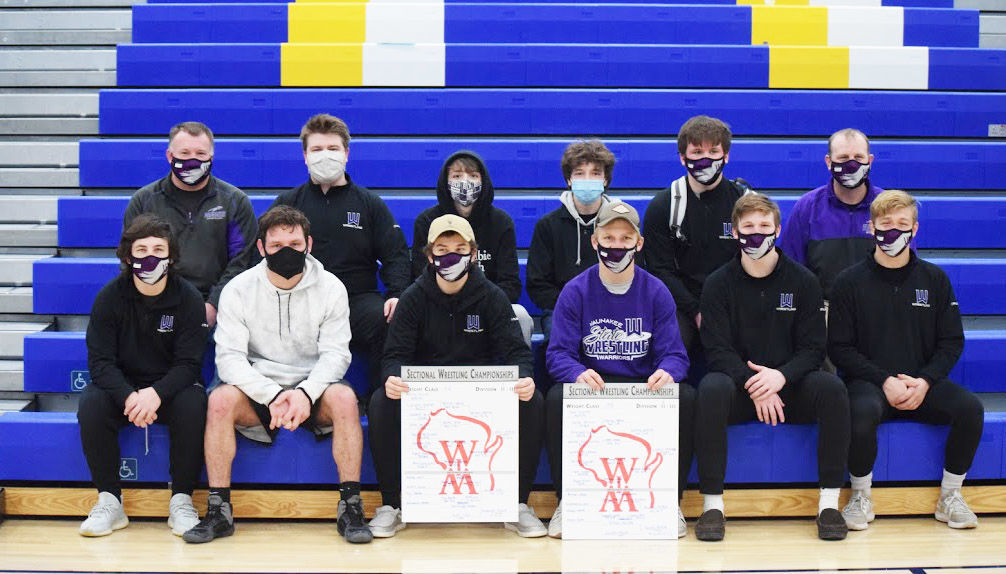 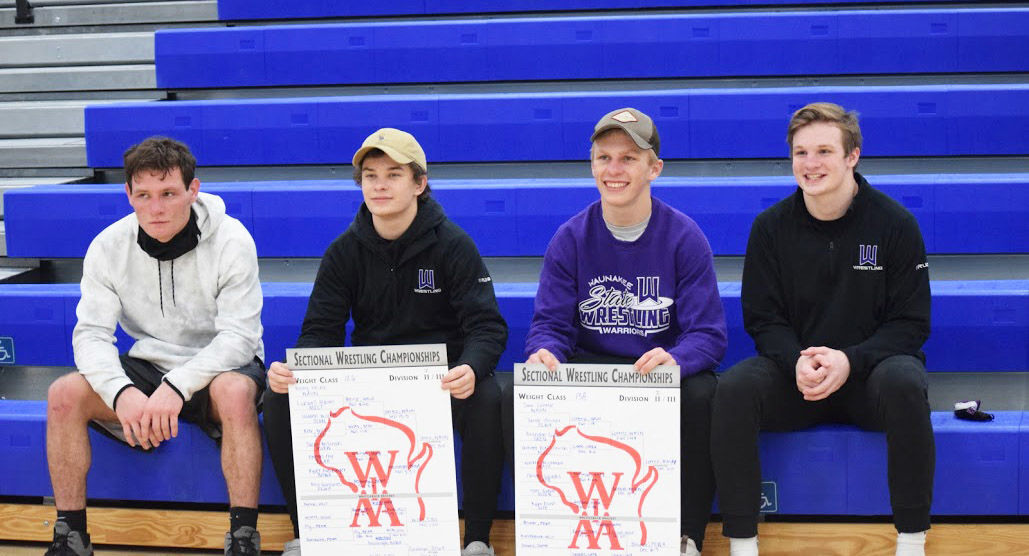 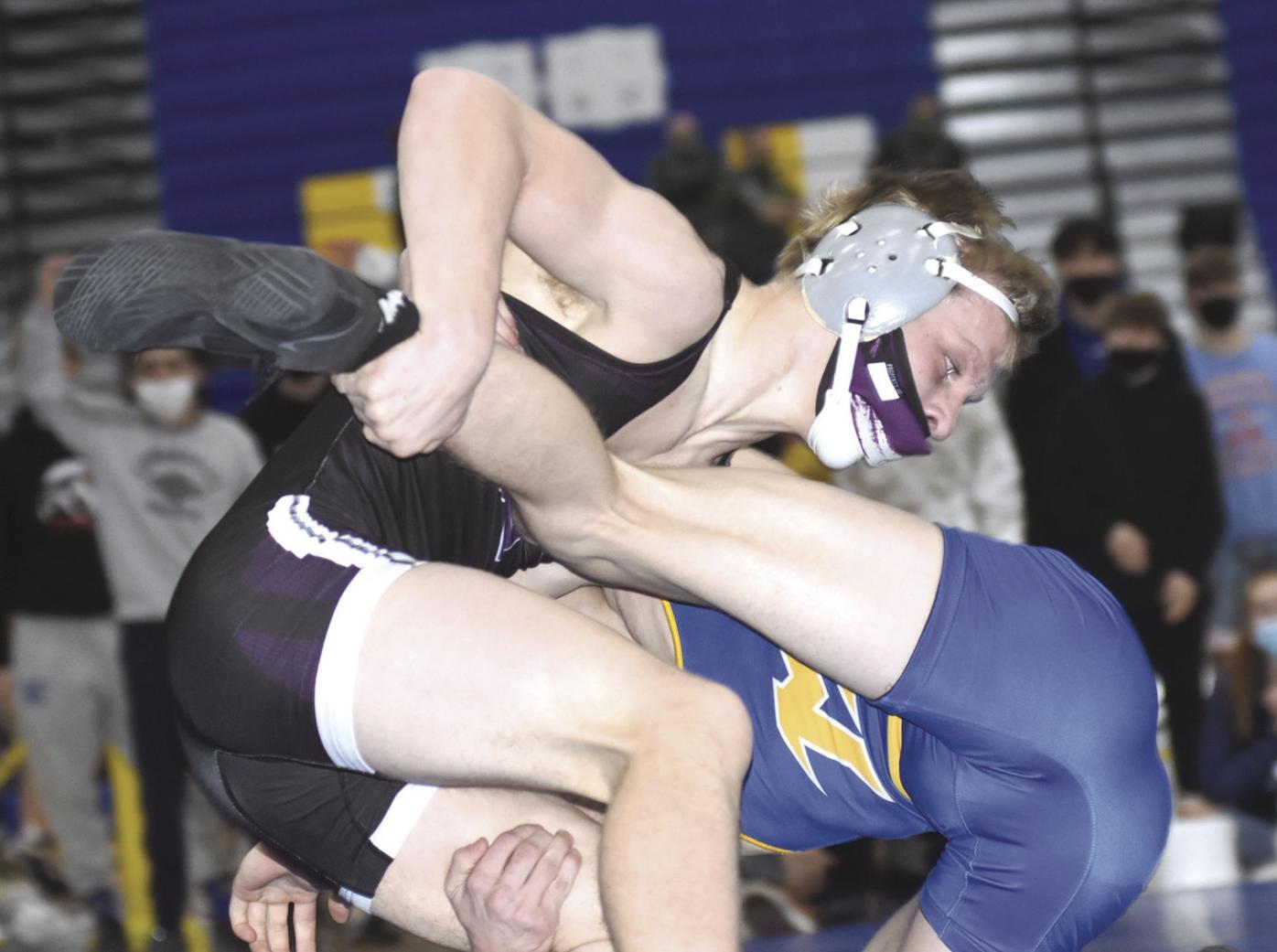 Warrior senior 138-pounder Sam Lorenz qualified for the state individual tournament for the fourth time in his career after winning a sectional title. 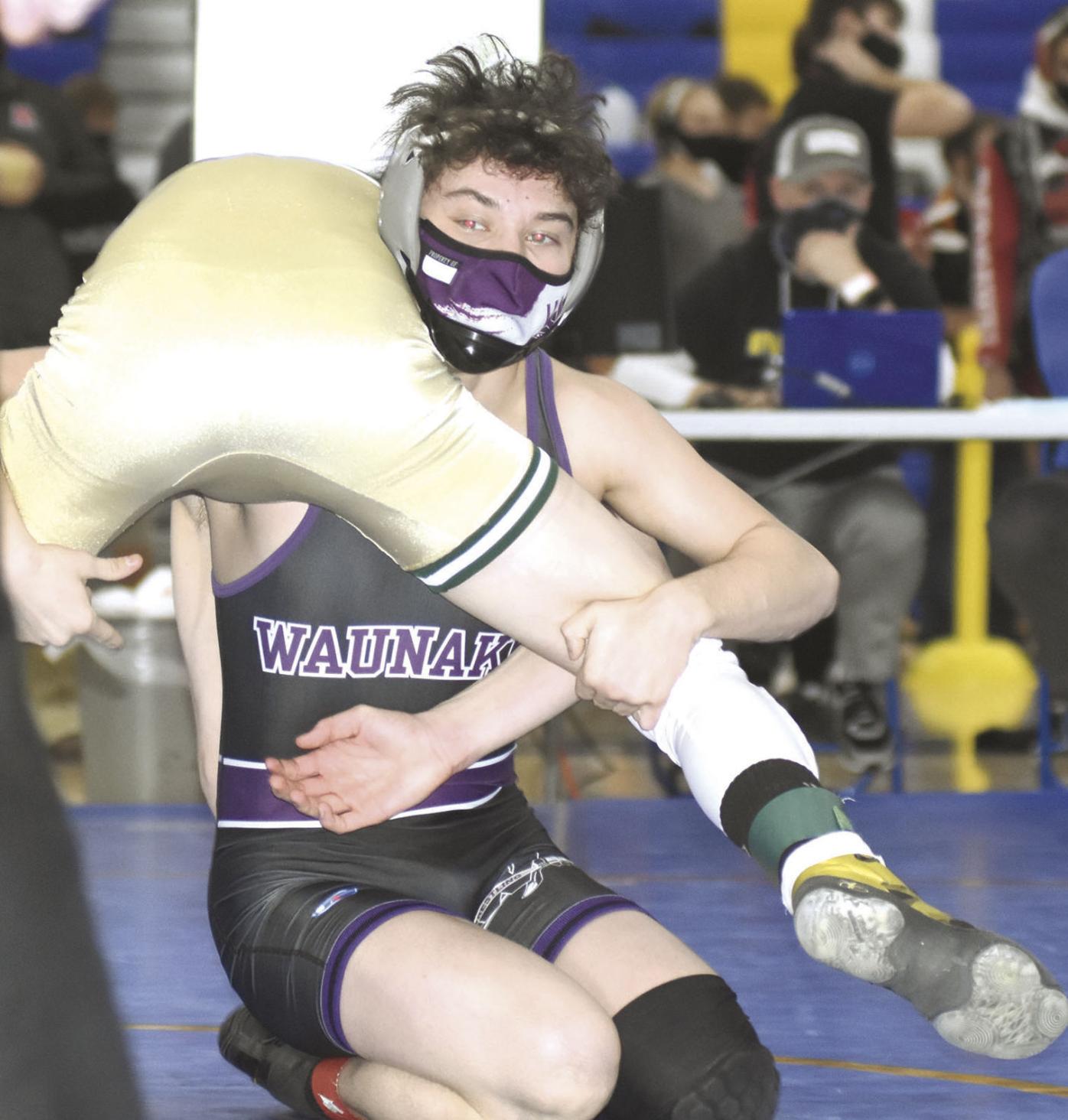 Warrior senior 138-pounder Sam Lorenz qualified for the state individual tournament for the fourth time in his career after winning a sectional title.

With changes to the WIAA’s postseason format, the road to the state individual and team tournaments got even harder for the Waunakee wrestling team. With more than double the number of teams at each sectional then in a normal year, it would take a monumental effort to move on both individually and as a team.

The Warriors were more than up for the challenge at the Division 1 Mukwonago Sectional last Saturday. They had four wrestlers punch their tickets to state and qualified for the state team tournament for the first time in program history.

The top two individuals and top two teams at each sectional advanced to the individual and team state tournaments.

Waunakee finished the day with 122 team points to place second behind defending state champion Stoughton (190.5). The Warriors, who are ranked 10th in Division 1, finished ahead of Arrowhead (100.5) and third-ranked Mukwonago (97.5).

“It was a great day,” Waunakee coach Mark Natzke said. “We had eight kids at the sectional and all eight placed and scored points for us. It was a great team accomplishment and we knew that is what it was going to take. We had to have everybody wrestling at their best. It was a great bus ride hope. The guys were really excited.”

The Warriors had 126-pounder Kolby Heinz, 138-pounder Sam Lorenz, 182-pounder Kaden Hooker and 195-pounder Daniel Ford punch their respective tickets to the state individual tournament by placing in the top two on Saturday.

Heinz and Lorenz both claimed sectional titles and will make return trips to state.

Heinz is going back to state for a third time. He capped off his brilliant day by defeating Beaver Dam’s Kyler Neuberger 5-0 in the championship match.

“He struggled a little bit earlier in the year, but he is coming around,” Natzke said. “He is starting to hit his groove. He wrestled with confidence and got after guys.”

Lorenz, who ranked second, is headed back to state for the fourth time in his outstanding career. He capped off Saturday’s sectional title by shutting out top-ranked Tyler Goebel of Mukwonago 4-0 in the finals.

“Sam is locked in right now,” Natzke said. “He is wrestling as good as anybody in the state at 138. He is on a mission.”

Hooker and Ford both came away with second place and earned their first trips to state.

Hooker was not ranked coming into the sectional, but pinned third-ranked Lincoln Willett of Oconomowoc in 2 minutes, 54 seconds in the semifinals. In the finals, Hooker was pinned by top-ranked John Gunderson of Baraboo in 1:15.

“Kaden was not favored to come out of the sectional, and he knew it was going to be tough,” Natzke said. “But that is why you wrestle the matches. He came in hungry and ready to go.”

Ford, an honorable mention pick in the rankings, pulled off a huge upset in the semifinals, as he pinned fourth-ranked Jacob McGillivray of Mukwonago in 3:41. After falling 17-3 to Stoughton’s Rudy Detweiler in the championship match, Ford got revenge from his regional loss to Reedsburg’s Nate Schreiner with a 3-1 decision in a second-place wrestleback on Saturday.

“To comeback in his wrestleback and beat the kid from Reedsburg who he lost to the week before was great,” Natzke said. “Everything was on the line and he gave it everything he had to get the win.”

The Warriors also had 106-pounder Max McKinley, 113-pounder Jayden Freie, 152-pounder Braysen Ellis and 220-pounder Jack Schweitzer place at the sectional. McKinley and Schweitzer both came in fourth, while Ellis and Freie were fifth and sixth, respectively.

“We don’t move on as a team without everyone placing,” Natzke said.

McKinley fell 16-0 to Arrowhead’s Lucas Ryan in the third-place match, while Schweitzer was pinned by Fort Atkinson’s Jacob Horvatin in 1:40.

Ellis edged Reedsburg’s Nick Coplien 11-10 in overtime in his fifth-place match, while Freie was pinned by Reedsburg’s Trenton Curtin in 2:48.

The Division 1 individual and team state tournaments will both take place in Kaukauna. The individual tournament is set for this Saturday, while the team tournament will be held on Feb. 20.