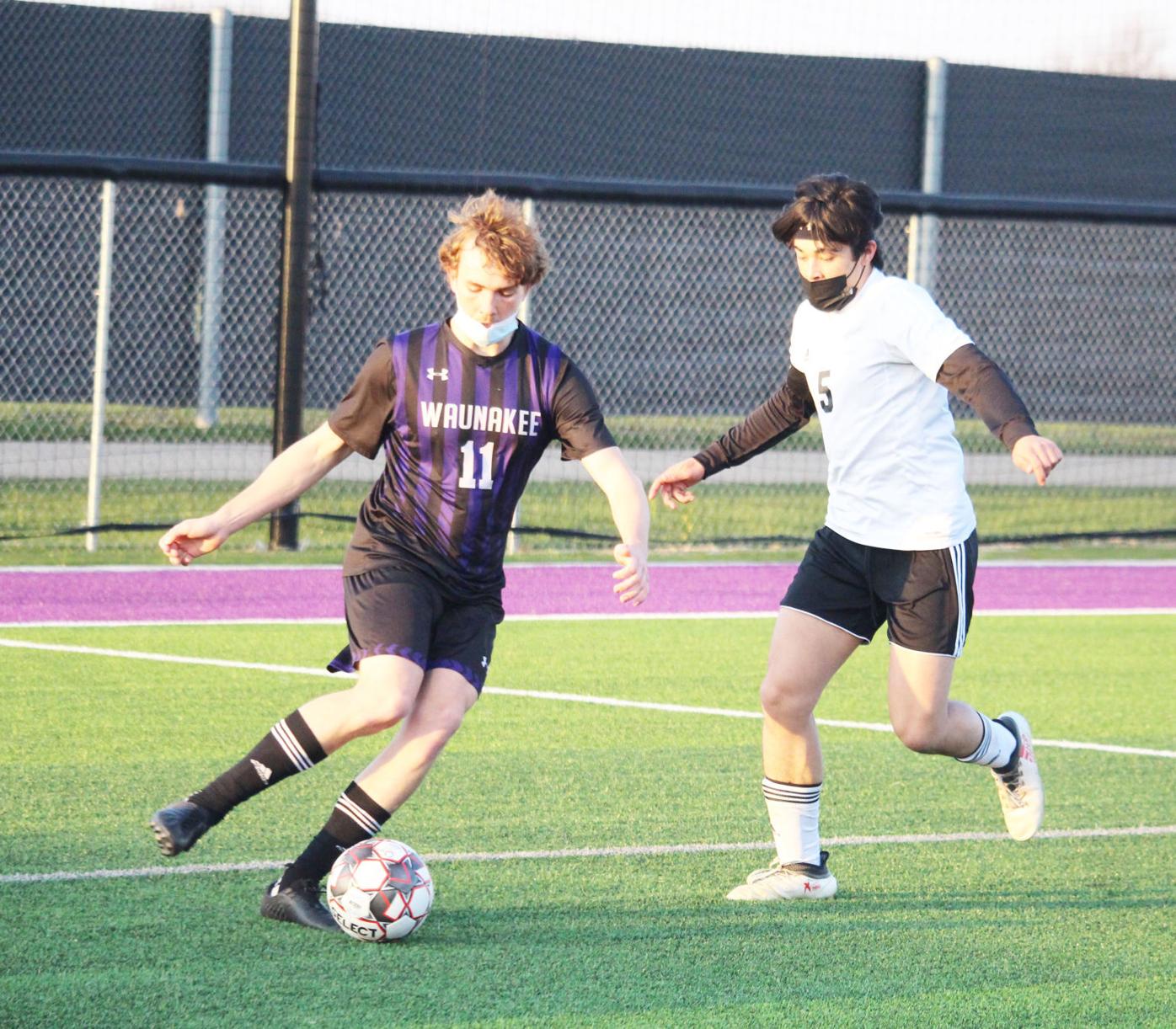 The Warriors’ Lane Miller (11) had an assist in last week’s 6-0 victory over visiting Fort Atkinson. 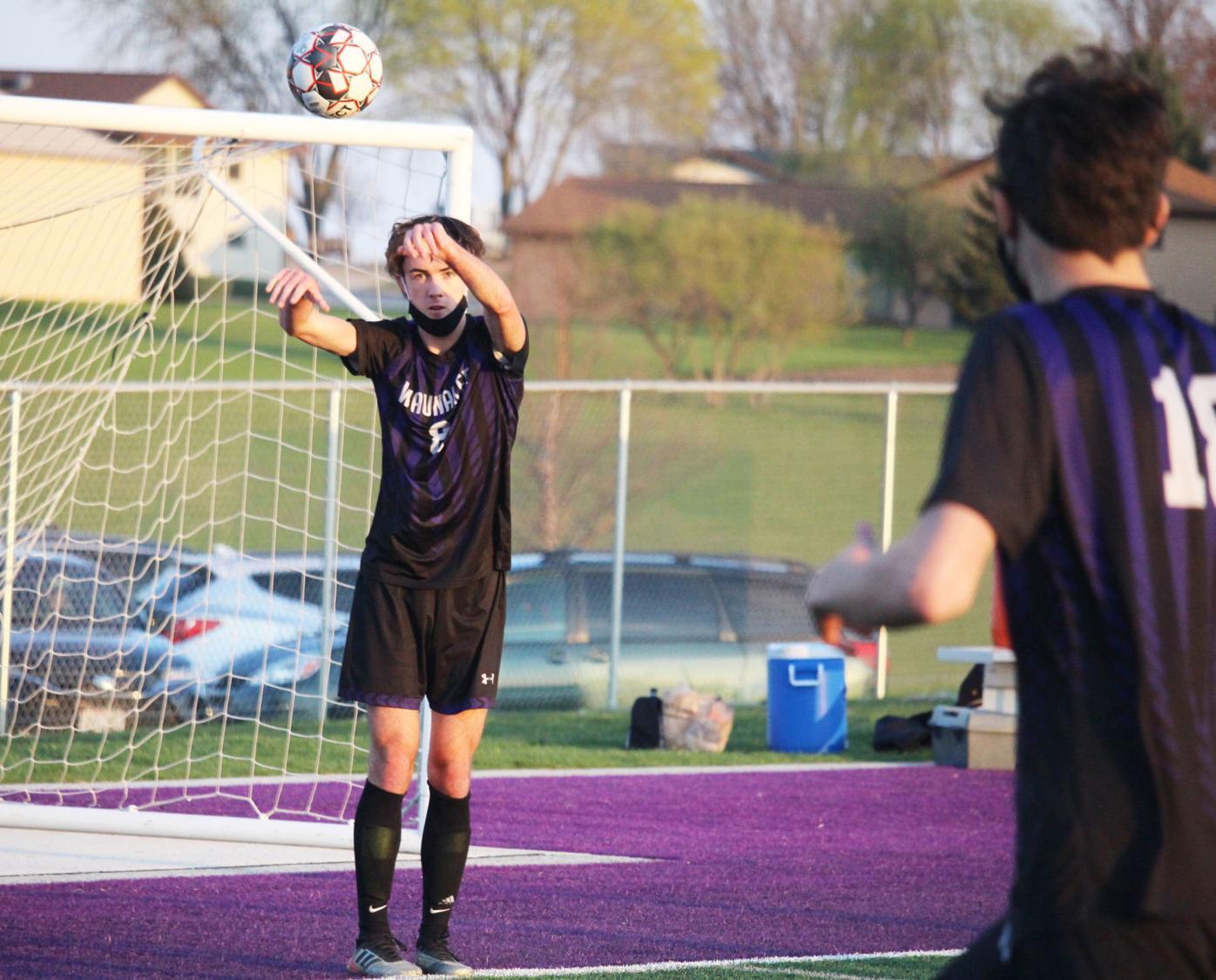 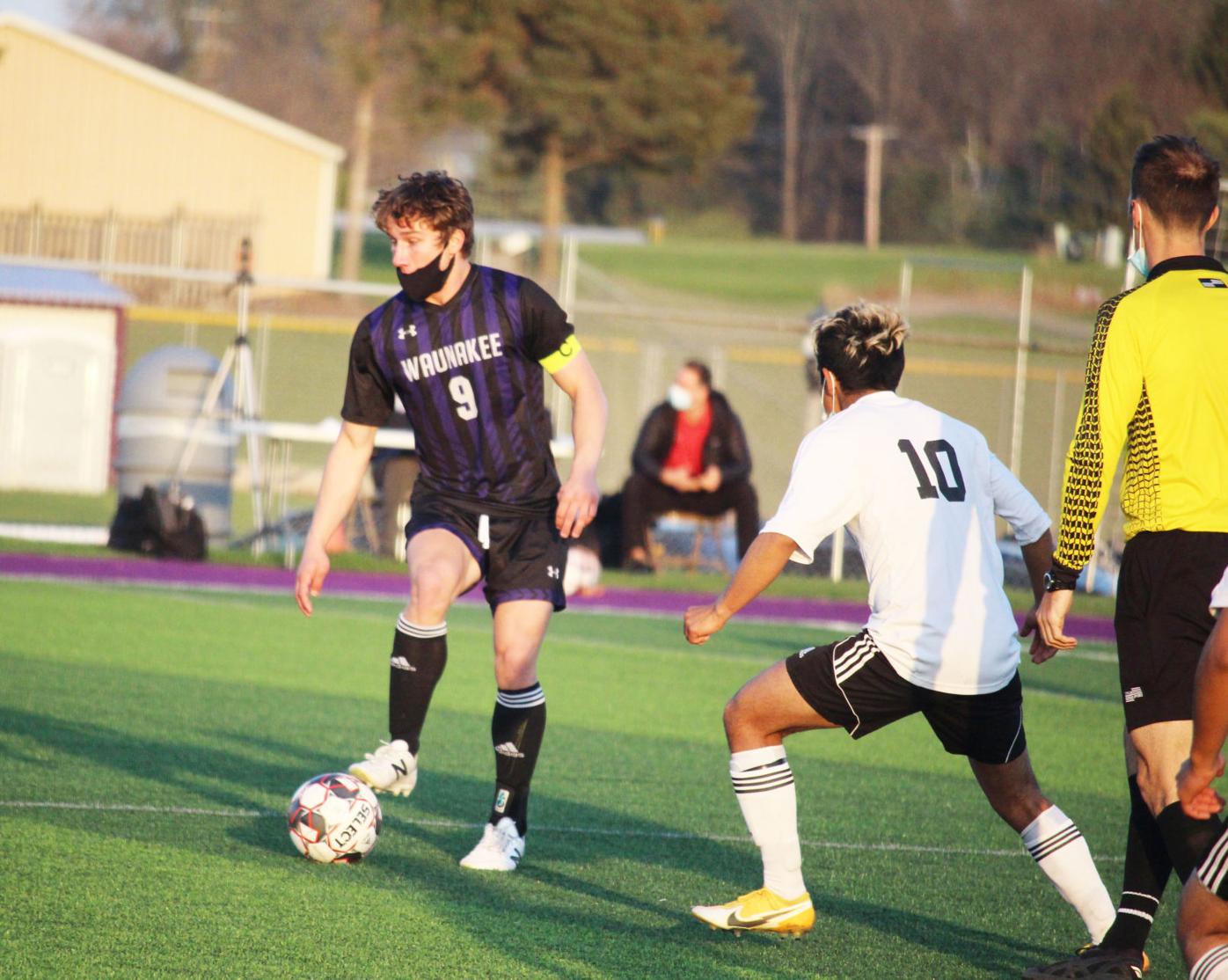 The Warriors’ Nathan Dresen tries to set up a scoring opportunity against Fort Atkinson.

The Warriors’ Lane Miller (11) had an assist in last week’s 6-0 victory over visiting Fort Atkinson.

The Warriors’ Nathan Dresen tries to set up a scoring opportunity against Fort Atkinson.

The Warriors held on for a thrilling 1-0 victory over visiting Beloit Memorial on April 19.

The Warriors, who have five shutouts this spring, improved to 6-1-1 with the wins.

The matchup was an intense defensive battle from the start.

The Warriors’ Zach Tiemeyer scored the lone goal of the game 38 minutes, 30 seconds into the first half.

The goal would hold up as Waunakee’s defense held Beloit off the scoreboard.

Against Fort Atkinson, the Warriors had a strong game both offensively and defensively.

Waunakee scored four goals in the first half and never looked back.

The Warriors got on the scoreboard 8:26 in with a goal by Jordan Lisowski. Lane Miller had the assist.

Mason Lee put Waunakee up 2-0 at the 23:32 mark after scoring off an assist by Isaiah Jakel.

Decker Storch scored two late first-half goals to put Waunakee up 4-0 at halftime. Lee had the assist on his first goal, while Jackson Ehle helped on the second.

The Warriors put the finishing touches on the win with two goals early in the second half.

Lee picked up his second goal of the contest at the 52:41 mark off an assist by Tiemeyer.

Less than two minutes later, Lisowski scored his second goal of the night. Charlie Steck had the assist.

Jonathon Orlowski and Lawson Kuhn both saw action in goal for Waunakee. They combined for three saves in the shutout.