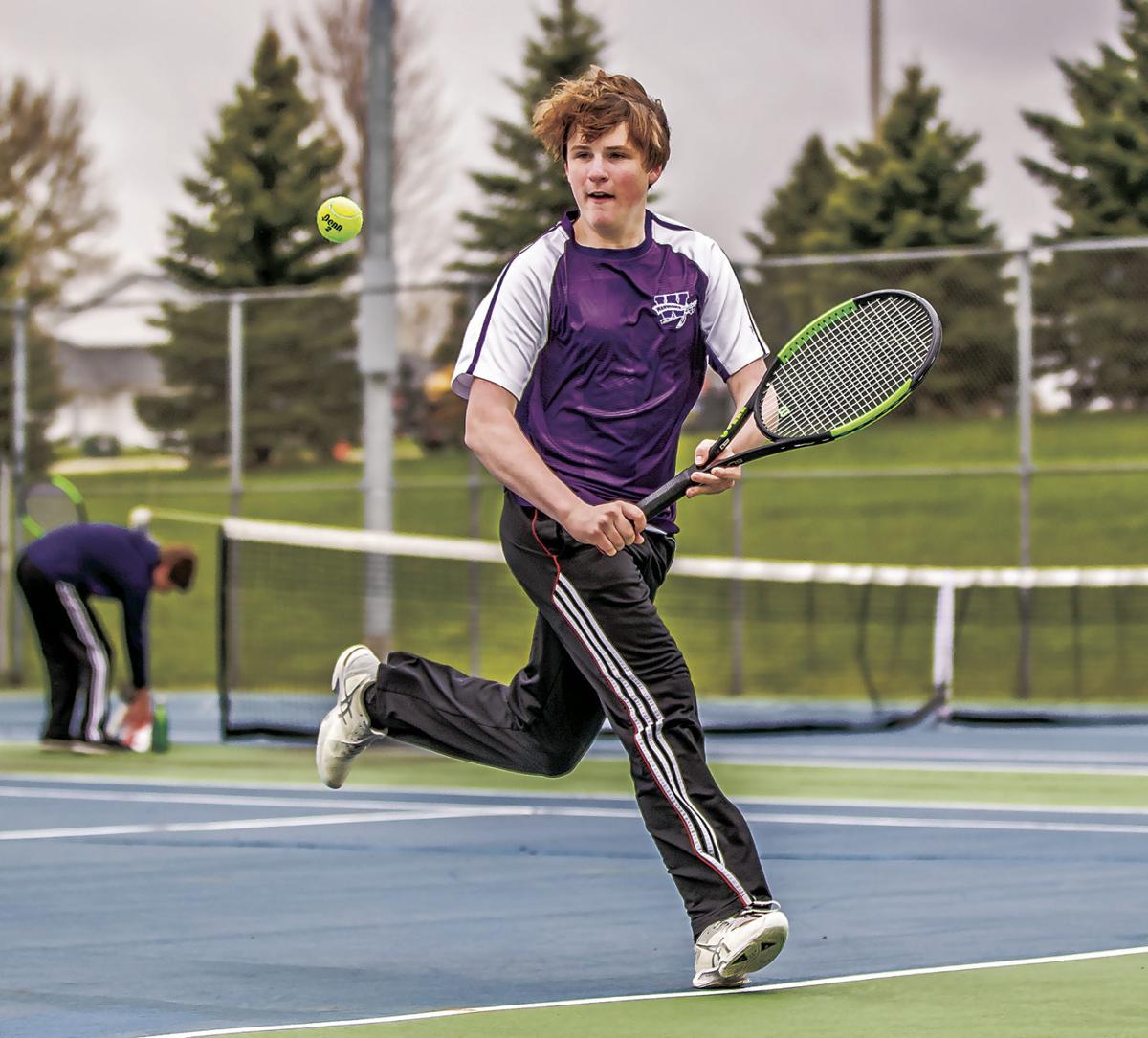 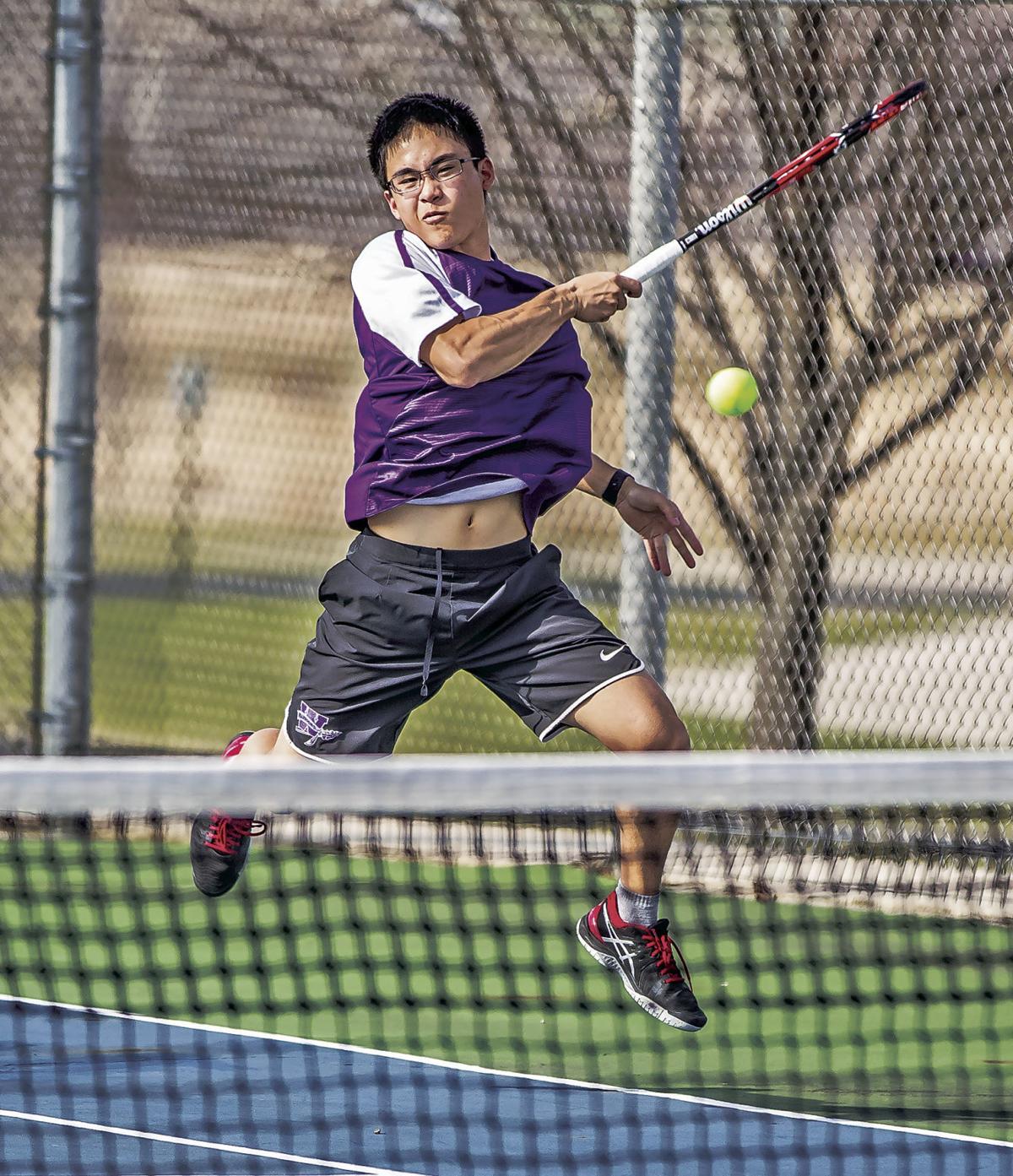 Ethan Liu is one of eight seniors who were expected to lead the Warriors this spring. He competed at doubles last season.

Ethan Liu is one of eight seniors who were expected to lead the Warriors this spring. He competed at doubles last season.

The Waunakee boys tennis team will have to wait until 2021 to defend its Badger North Conference title after the COVID-19 pandemic wiped out this spring sports season.

“It has been difficult to deal with especially considering this spring has had great weather compared to previous springs,” Warrior coach Chris Nuenthel said. “As a coach the hardest part was hoping and letting the team know there might be a shortened season once the first Safer-at-Home order lifted, but then when it got extended, it was like crushing everyone’s hopes.”

Nuenthel was excited about the Warriors prospects this spring.

“I believe our tennis team was going to be pretty solid this spring,” Nuenthel said. “I was going to put our best four players at singles and then start making some doubles combinations, which would have been strong. I expected we would have been the top Badger Conference team and had a good chance at qualifying for team state for the first time in school history for the boys.”

The Warriors finished the Sun Prairie Sectional with 25 points to finish fourth behind Arrowhead (48), Sun Prairie (40) and Homestad (32).

Waunakee had freshman Tyler Nelson advance to state along with the No. 1 doubles team of senior Max Christian and junior Shane Paradisin.

“Our team had a great season last year, which is why I was so excited this season,” Nuenthel said. “Our schedule is never easy, but we were very competitive with everyone we played, and this was our season since we were more experienced with a lot of senior leadership.”

“My seniors have all been with the tennis program from the start, and that’s another factor why I was so confident for this spring season,” Nuenthel said.

Though they have been apart for some time now, Nuenthel and the Warriors have been communicating.

“I have been keeping in touch with my entire team including parents on updates when I would hear about them,” Nuenthel said. “I believe communication is very important in a team, so I was making sure communicate what I knew when things changed weekly.”

Nuenthel is not sure how the missed season will affect the underclassmen.

“This is something I do think about going forward, and it will be a big X-factor I’m worried about in player development,” Nuenthel said. “Next season, it’s going to feel like we have two freshman classes since the sophomores next year didn’t have this season to get accustom to our schedule, competition or practice routines. I will really rely on the juniors and seniors to step up to help out the entire team.”

The WIAA is allowing for a 30-day contact period for all spring sports this summer, but the Warriors will not be taking part.

“We will not be using it as there are many unanswered questions,” Nuenthel said. “I want my players to put this to rest, focus on the future, and prepare for next season. For my seniors, I want them to remember the previous seasons that had with Waunakee and keep supporting their team after they graduate.”

The future remains bright for the Warriors. With the return of Nelson, they have a strong base to build around for the 2021 season.

“I can’t wait for competition next spring because I think the kids will really appreciate being part of a team/sport again,” Nuenthel said. “I can’t wait to see how they respond to everything. I’m sure it won’t be back to normal as we are used to, but just getting back to our practices, matches, and tournaments will be very exciting.”