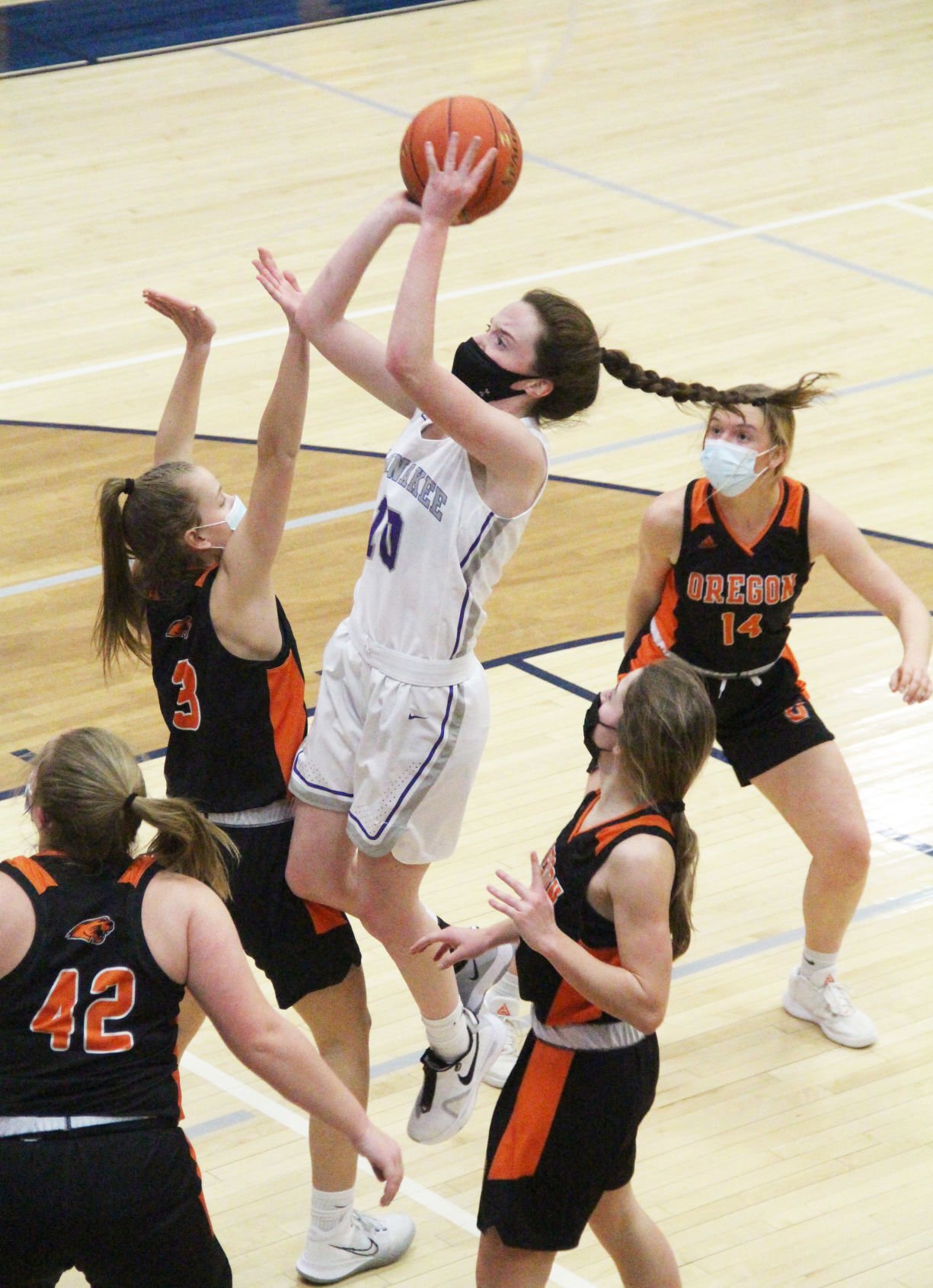 Kailee Meeker led Waunakee with a game-high 26 points in the regional semifinals against Oregon. 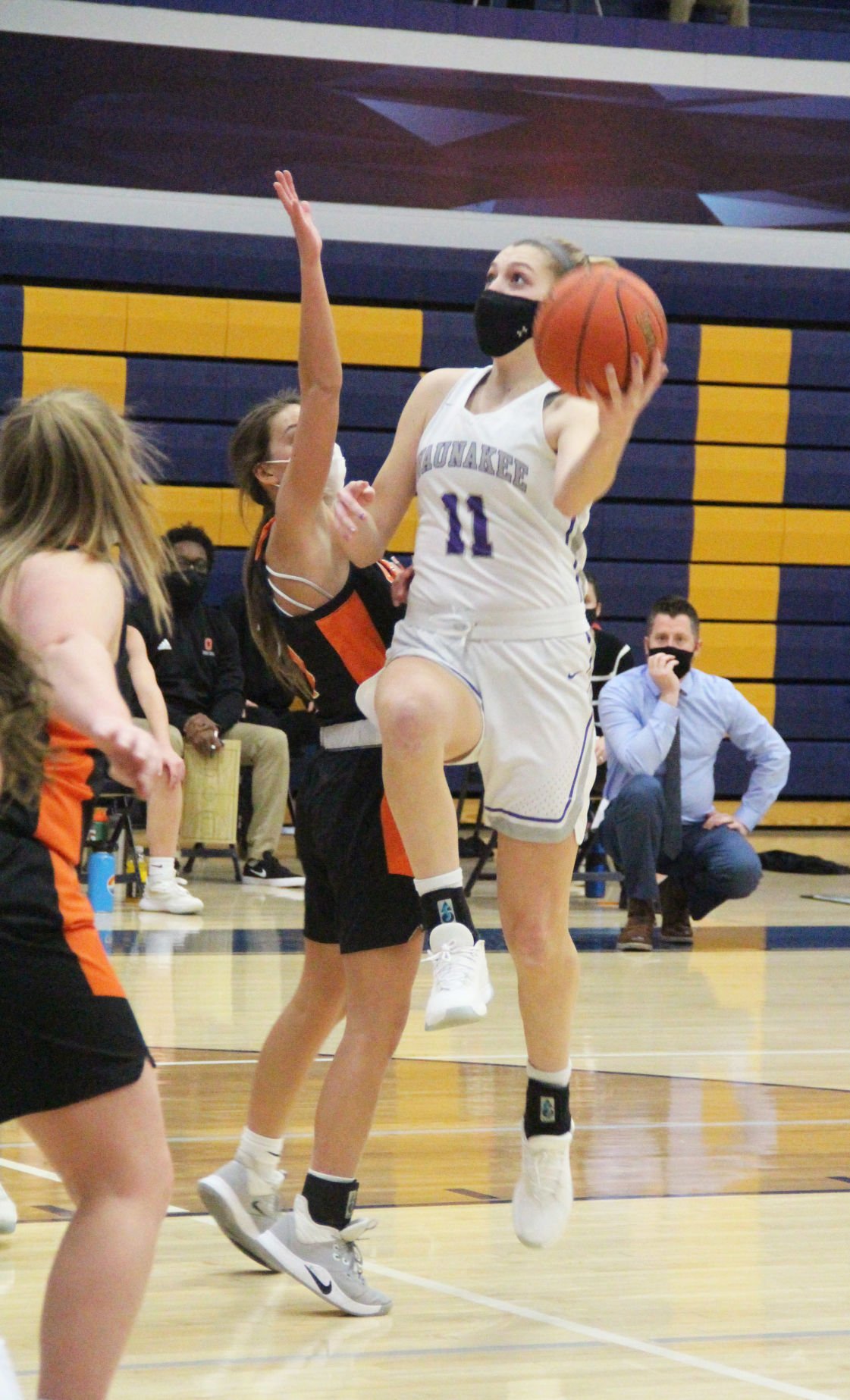 Waunakee’s Ava Bryan puts up a shot in the lane against ORegon. 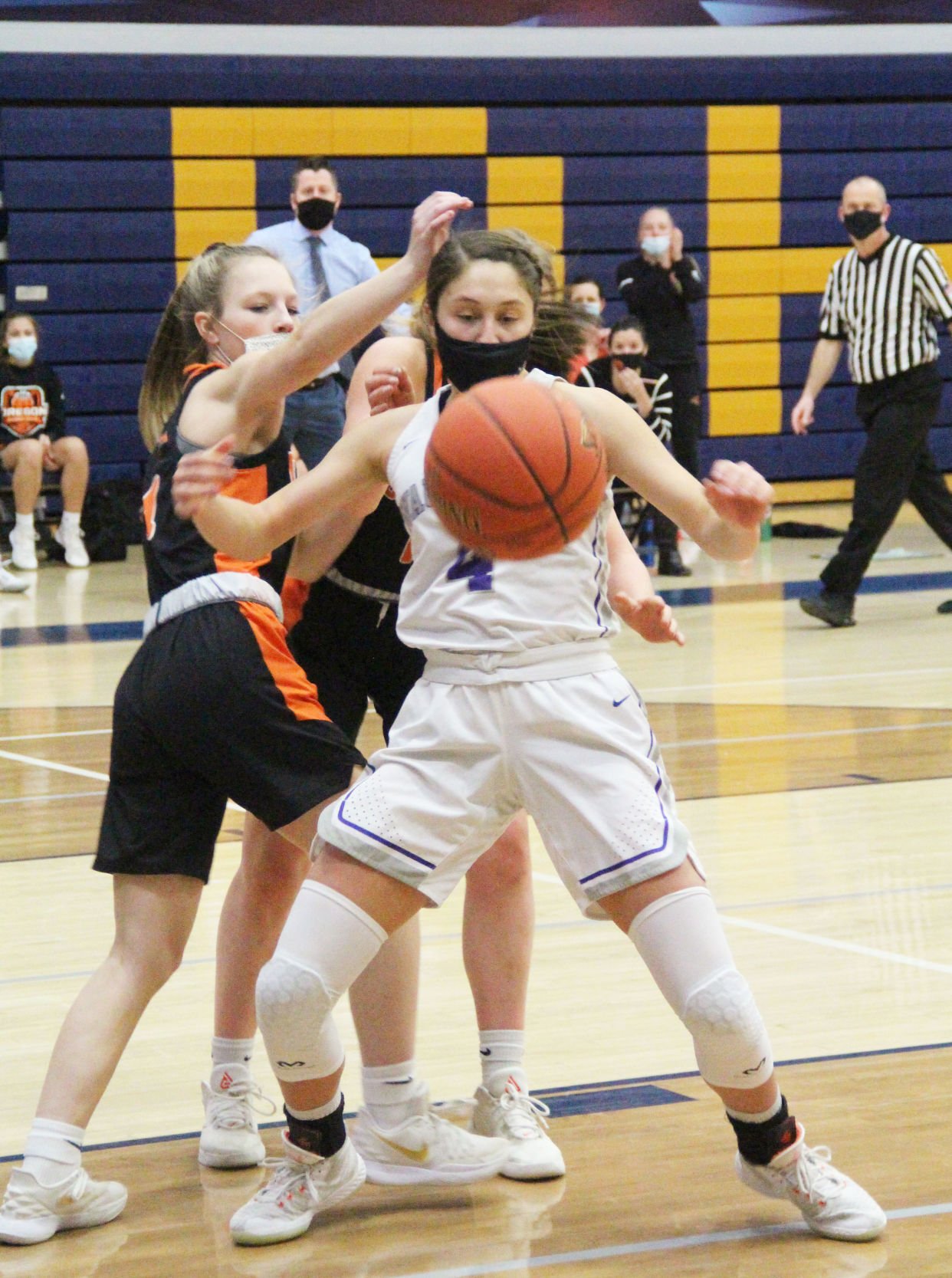 The Lady Warriors’ Lauren Meudt tries to grab a loose ball in the regional semifinals against Oregon.

Kailee Meeker led Waunakee with a game-high 26 points in the regional semifinals against Oregon.

Waunakee’s Ava Bryan puts up a shot in the lane against ORegon.

The Lady Warriors’ Lauren Meudt tries to grab a loose ball in the regional semifinals against Oregon.

For the third straight year, the Waunakee girls basketball team made its way to a WIAA Division 1 regional final. The Warriors had a shot at their second straight regional title this past Saturday in Baraboo.

However, the top-seeded Warriors had their season come to an end with a 67-56 loss to second-seeded Verona.

“At the end of the day, it is never easy to accept losing a game especially in the tournament, but we are so glad we had the opportunity to coach these girls this winter,” Waunakee coach Marcus Richter said. “For a while, we weren’t sure that we were going to have that opportunity this winter. Being able to coach this group and especially the seniors this winter is something I will always cherish.”

The Lady Warriors earned a spot in the regional final after knocking off Oregon 55-46 in Baraboo last Friday.

The postseason run came after the Warriors closed out the regular season with a 65-56 win over host Sauk Prairie on Feb. 8.

The loss in the regional final marked the end for the Warriors’ season class of Kailee Meeker, Elena Maier, Lauren Statz and Ebba Harrison.

The Lady Warriors ended the regular season on a four-game win streak after knocking off their Badger North Conference rivals.

Waunakee did all of its damage in the first half. The Warriors raced out to a 35-26 halftime lead.

The Lady Warriors held on to the nine-point lead through the second half.

Both teams scored 30 points in the second half.

Lauren Meudt came away with 15 points to lead Waunakee, while Ashley Sawicki and Kailee Meeker chipped in 14 and 12, respectively.

Naomi Breunig and Maggie Hartwig both scored 13 points for the Eagles.

The Warriors had their hands full in the regional semifinal, but Richter expected that.

“Oregon is a very good basketball team,” Richter said. “This is not the normal opening night when you are a No. 1 seed. They went to state last year and only lost two games this year. We knew it would be a dog fight.”

The Warriors were able to pull away late for the win.

“I’m proud of the way our kids battled down the stretch,” Richter said. “They stuck to the game plan and never wavered.”

Clinging to a one-point lead, 44-43, with under four minutes to go in the game, Waunakee slammed the door shut on the Panthers with an 11-3 run.

“Our entire rotation played in big games last year and have been challenged this year,” Richter said. “They have battled through adversity, so we knew they were going to battle to the end.”

Waunakee held several big leads in the game, but Oregon had an answer each time, except for the final surge.

“We knew that if we went on a run that Orgon was not going to go away,” Richter said. “They are too good a basketball team to give us a win.”

Waunakee scored the first nine points of the second half to go up 31-18, but the Panthers back with their own 9-0 run.

The teams then traded baskets for most of the second half until the final outburst by the Warriors.

Meeker had a monster game for the Lady Warriors. She poured in a game-high 26 points.

“Kailee has done that a lot for us this year,” Richter said. “Every time we need a bucket, she is ready to step up.”

The Lady Warriors got nine points from Ebba Harrison.

The Warriors had a great first half against the Verona, but the Wildcats used a tremendous second-half surge to come from behind and win.

“We knew going into the game that Verona was a young but very talented basketball team,” Richter said. “In the first half we were able to get stops and turn them over to get out in transition. We could have finished better to build a bigger halftime lead.”

Verona erased the deficit and pulled away with a 49-29 outburst in the second half.

“In the second half it just seemed like no matter what we did on the defensive end Verona was able to get whatever they wanted,” Richter said. “You have to give them credit, they made the shots.”

Megan Murphy led the way for Verona with 19 points, while Reegan Briggs contributed 17.