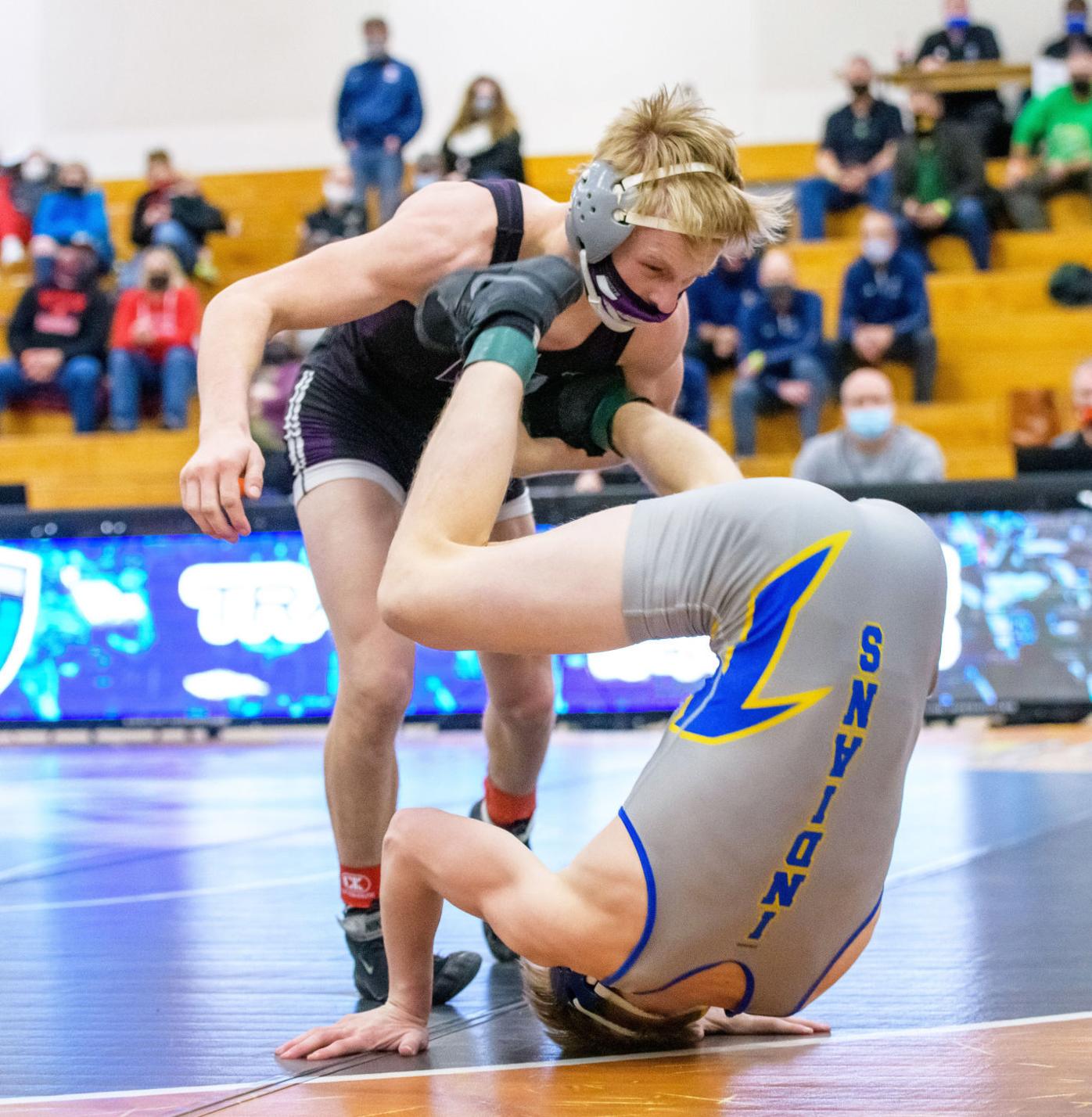 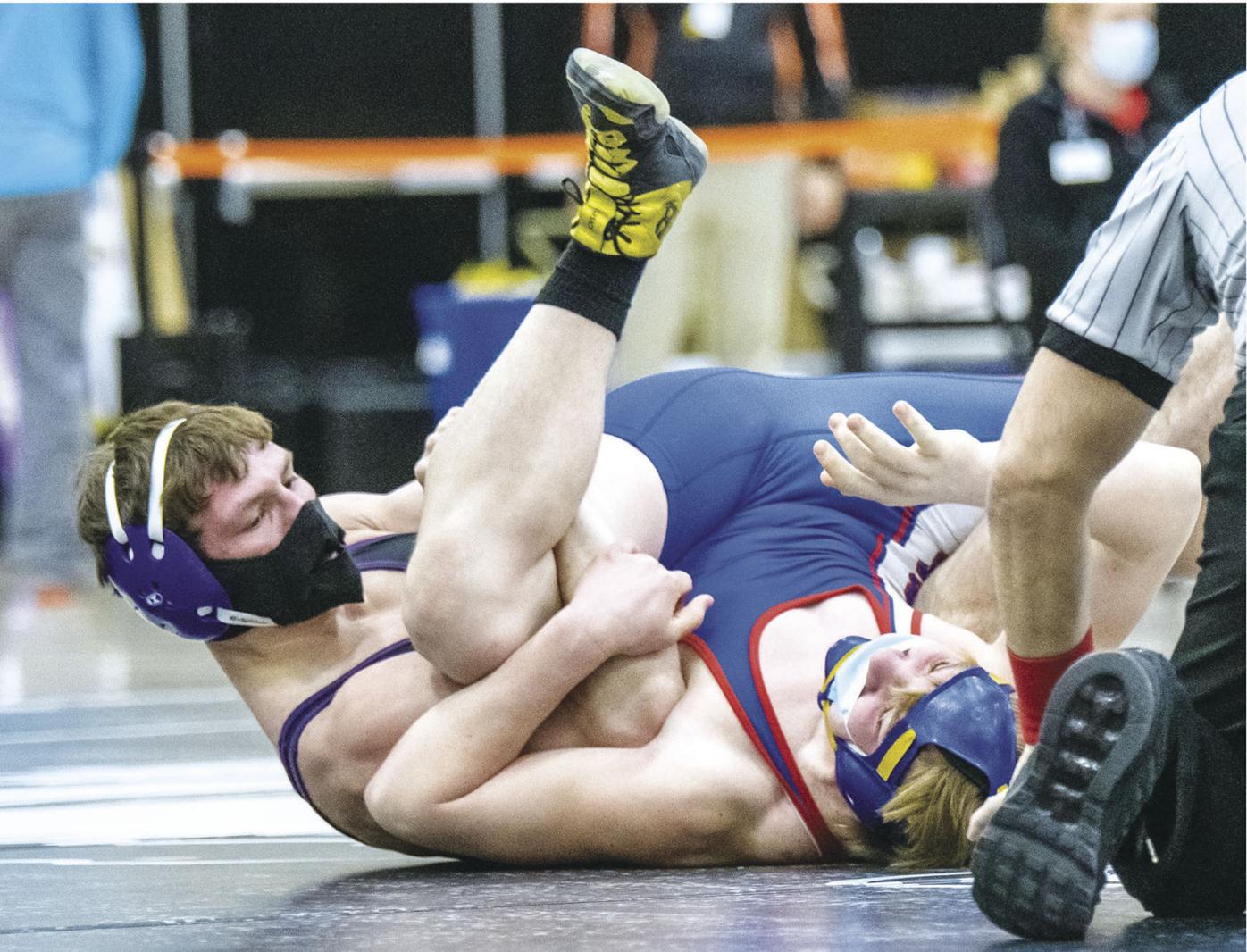 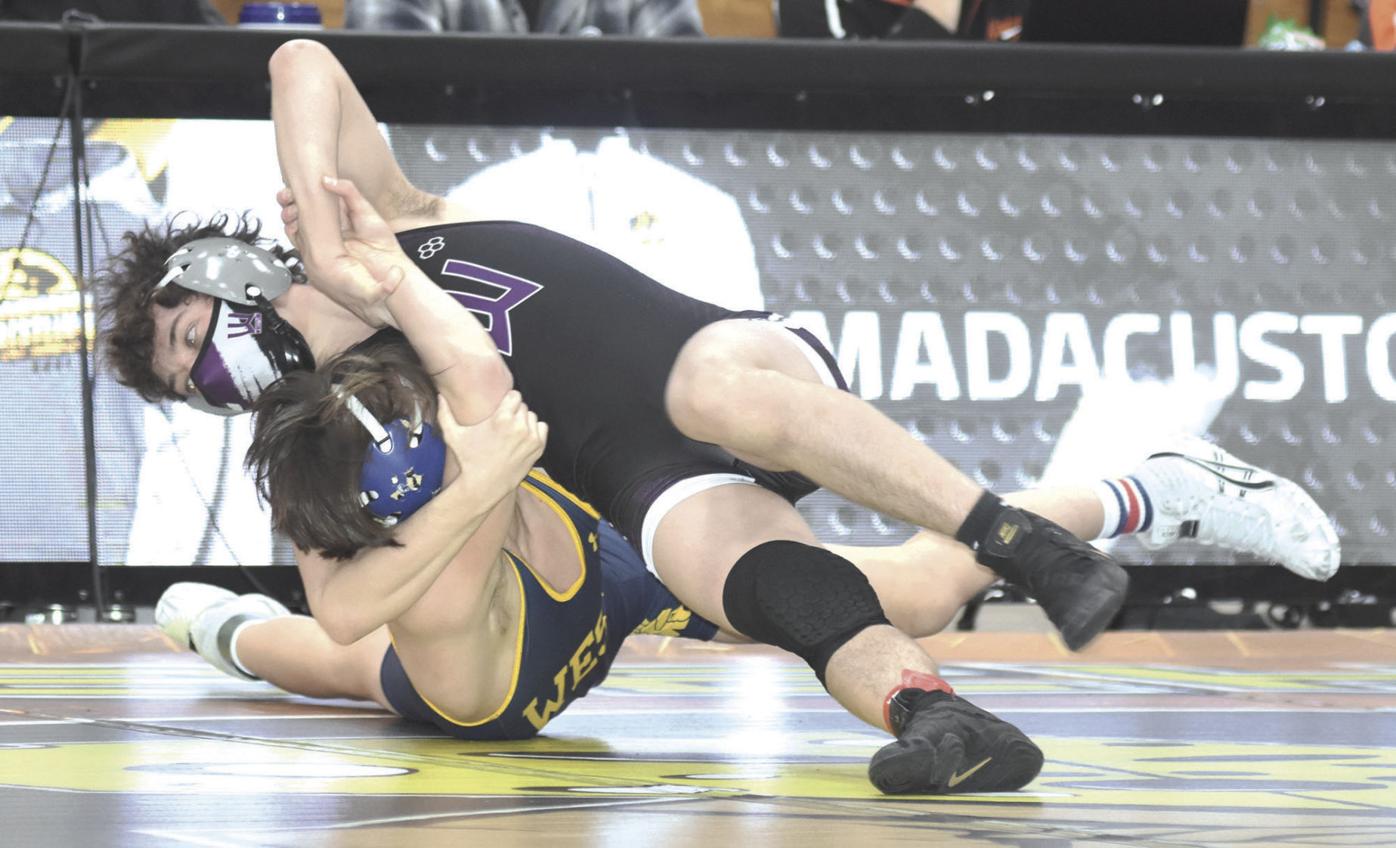 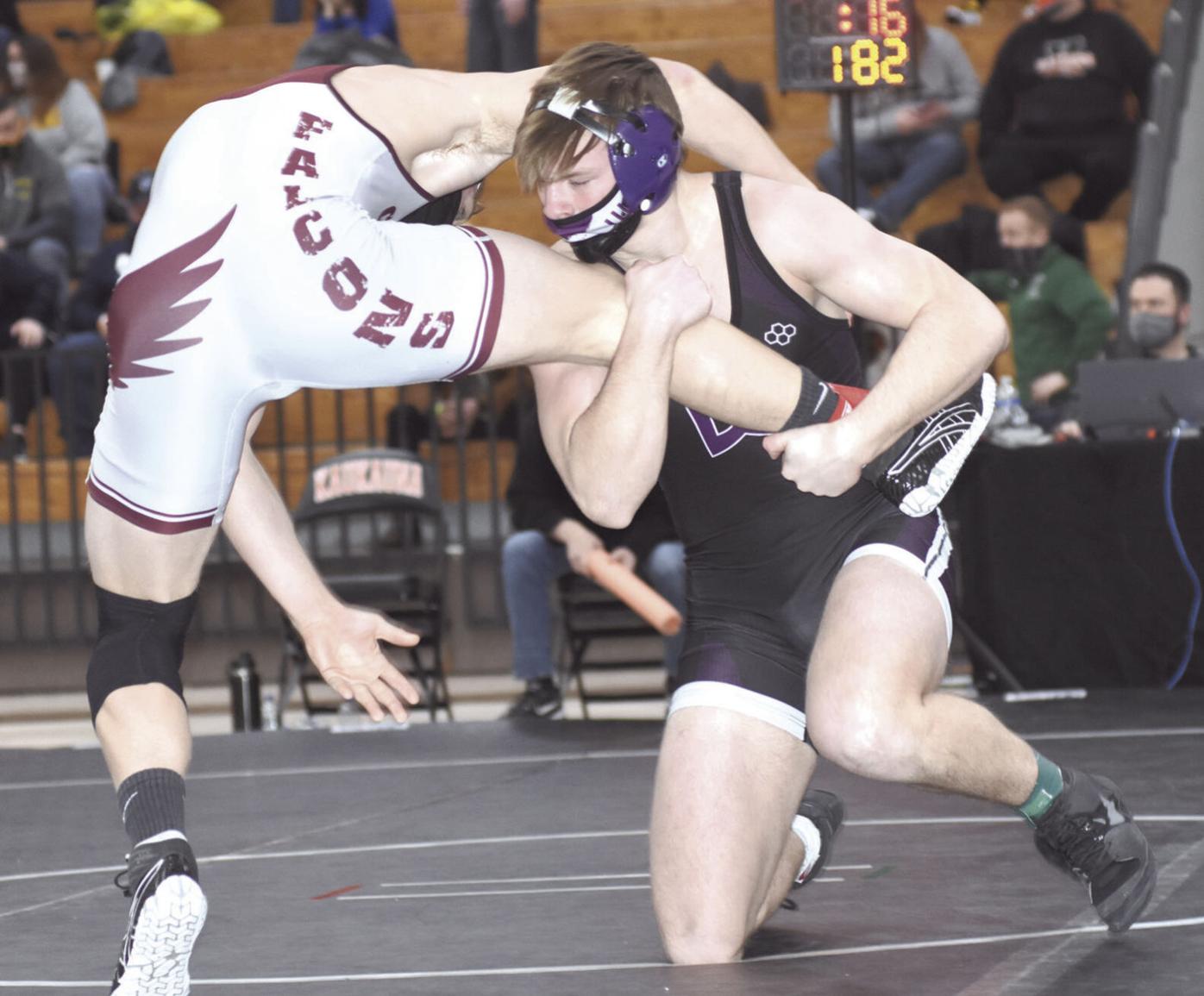 Waunakee's Kaden Hooker gets the takedown against Westosha Central's Jacob Seward in Consolation Round 1. Hooker won this match 7-2 and went on to place sixth.

Waunakee's Kaden Hooker gets the takedown against Westosha Central's Jacob Seward in Consolation Round 1. Hooker won this match 7-2 and went on to place sixth.

It’s been a strange season for the Waunakee prep wrestling team. The Warriors were not able to get started on the mat until January and only had a handful of matches before starting the WIAA tournament series.

The Warriors were able to battle through all of the adversities and last Saturday they had one of the best showings at the WIAA Division 1 state tournament in program history. They had all four of their wrestlers competing at Kaukauna High School get on the medal stand.

“I believe It is the first time in school history that we have had four guys place at state,” Waunakee coach Mark Natzke said. “It has been a trying year with everything that has gone on, but everybody has been dealing with it. But even with the limited matches our kids were hungry. They wanted to just get out there and wrestle.”

Lorenz highlighted the day by advancing to the finals and finishing in second place. He is the first Warrior to make the finals since Reed Ryan in 2019.

“Sam went out and battled,” Natzke said. “He was locked in.”

Lorenz opened the day with a 7-2 win over Wausau West’s Grabriel Ramos and then he knocked off Waterford’s Joshua Cherba 1-0 in the semifinals.

“He came up short, but he didn’t back down and battled,” Natzke said. “He wrestled the best he could, but it wasn’t his night.”

Lorenz, who qualified for state four times, finished his final season for the Warriors with a 12-1 record.

In his first appearance at state, Ford came away with third place.

“Daniel has come a long way in four years,” Natzke said. “He wrestled JV as a freshman and kept improving himself over the years. He got some confidence and believed he belonged with anyone.”

After losing in the opening round, Ford won his final three matches, including a 13-2 victory over Oak Creek’s Sam Paar in the third-place match.

Heinz worked his way to fourth place in a stacked bracket.

“Kolby had a very tough bracket with two kids in there who were returning state champions,” Natzke said. “He battled to the end in every match and never gave up. That is what you love to see.”

“Kaden had to beat some tough kids to get to state and once he got there he made the most of it,” Natzke said.

The season is not over for the Warriors, as they will take part in the state team tournament for the first time in team history this Saturday at Kaukauna High School.

“The team is pumped especially after the year we had with all the COVID stuff,” Natzke said. “The seniors didn’t get a conference season, so this makes up for it. This allows them to make their mark for the program by wrestling at the state team tournament.”

The Warriors are the fourth seed on Saturday and will face off against fifth-seeded Marshfield in the quarterfinals at 11 a.m.