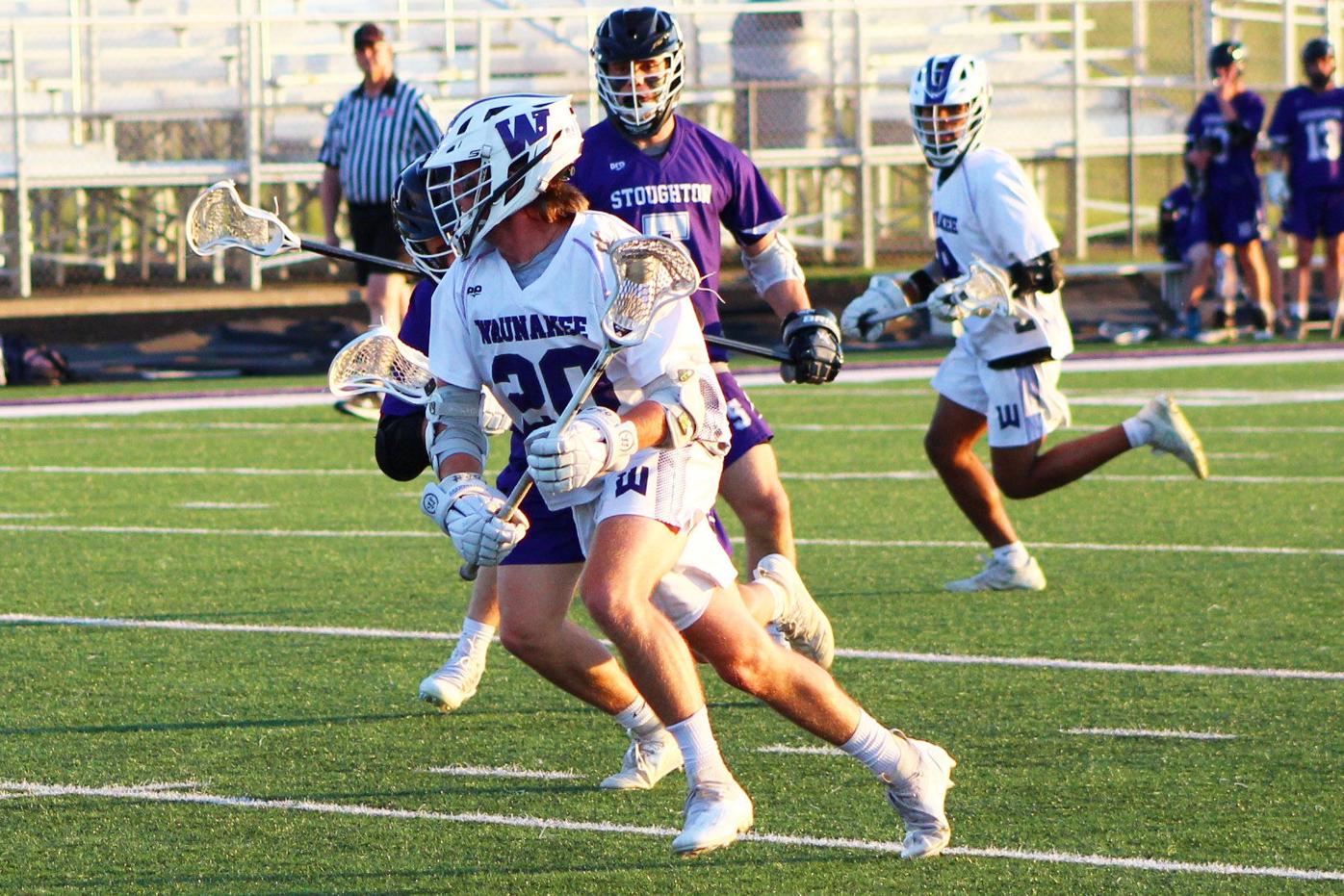 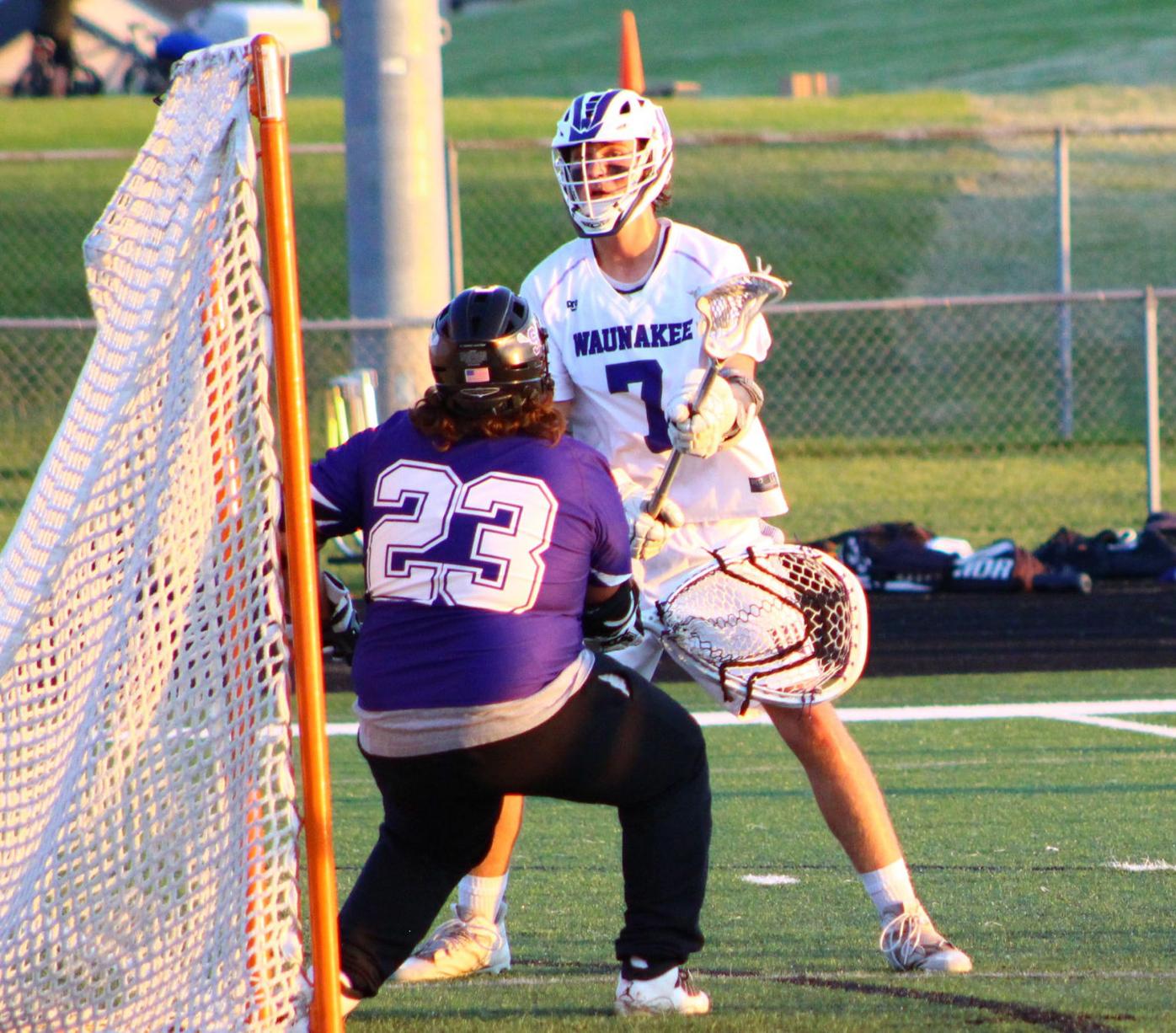 The Warriors' KAden Krushek looks for an opening to put the ball in the net against Stoughton.

The Warriors' KAden Krushek looks for an opening to put the ball in the net against Stoughton.

The Waunakee boys lacrosse team closed out the regular season in style on June 2. The host Warriors blasted Stoughton 16-2.

The Warriors were a perfect 16-0 during the regular season.

The Warriors dominated regular-season finale from the start. They raced out to a 7-1 lead in the first quarter.

Waunakee kept the pressure on in the second quarter and upped the lead to 11-1 at halftime.

After outscoring the Vikings 2-1 in the third quarter, the Warriors scored three unanswered goals in the fourth.

Kaden Krushek led the offensive charge for the Warriors with five goals. Teammate Jack Gengler also had a big night with five assists and two goals.

Zach Samson, Clayton Cerett and Luke Reiter each scored a pair of goals for Waunakee, while Isaac Schaaf and John Kittoe scored one each.

Reiter and Kittoe both finished with two assists, while Cerett and Schaaf had one apiece.

Adam Slager and Charlie Mehring each scored a goal for Stoughton. Luke Rewey had the Vikings’ only assist.

Waunakee has earned the No. 1 seed in the Wisconsin State Championships, which begins this week.

The Warriors will open the postseason with a home game at 6 p.m. on June 10. They will host the winner of the first-round matchup between 16th-seeded Stoughton and 17th-seeded Janesville.

The quarterfinals of the State Championships will take place on June 14th, while the semifinals will be held on June 16. The championship game is slated for June 19.