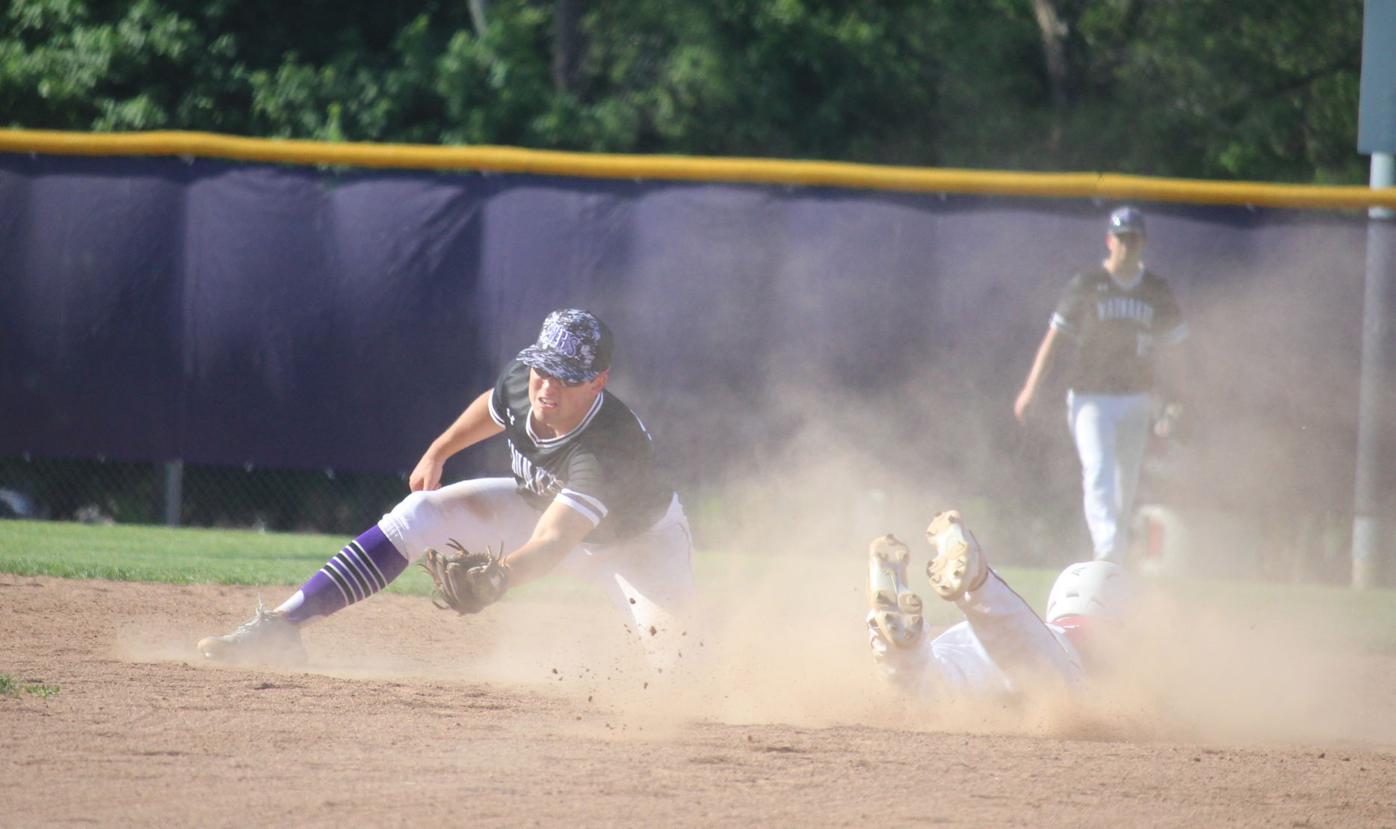 Luke Shepski (left) is one of seven all-conference performers who will return for the Warriors next season. He was named honorable mention All-Badger North. 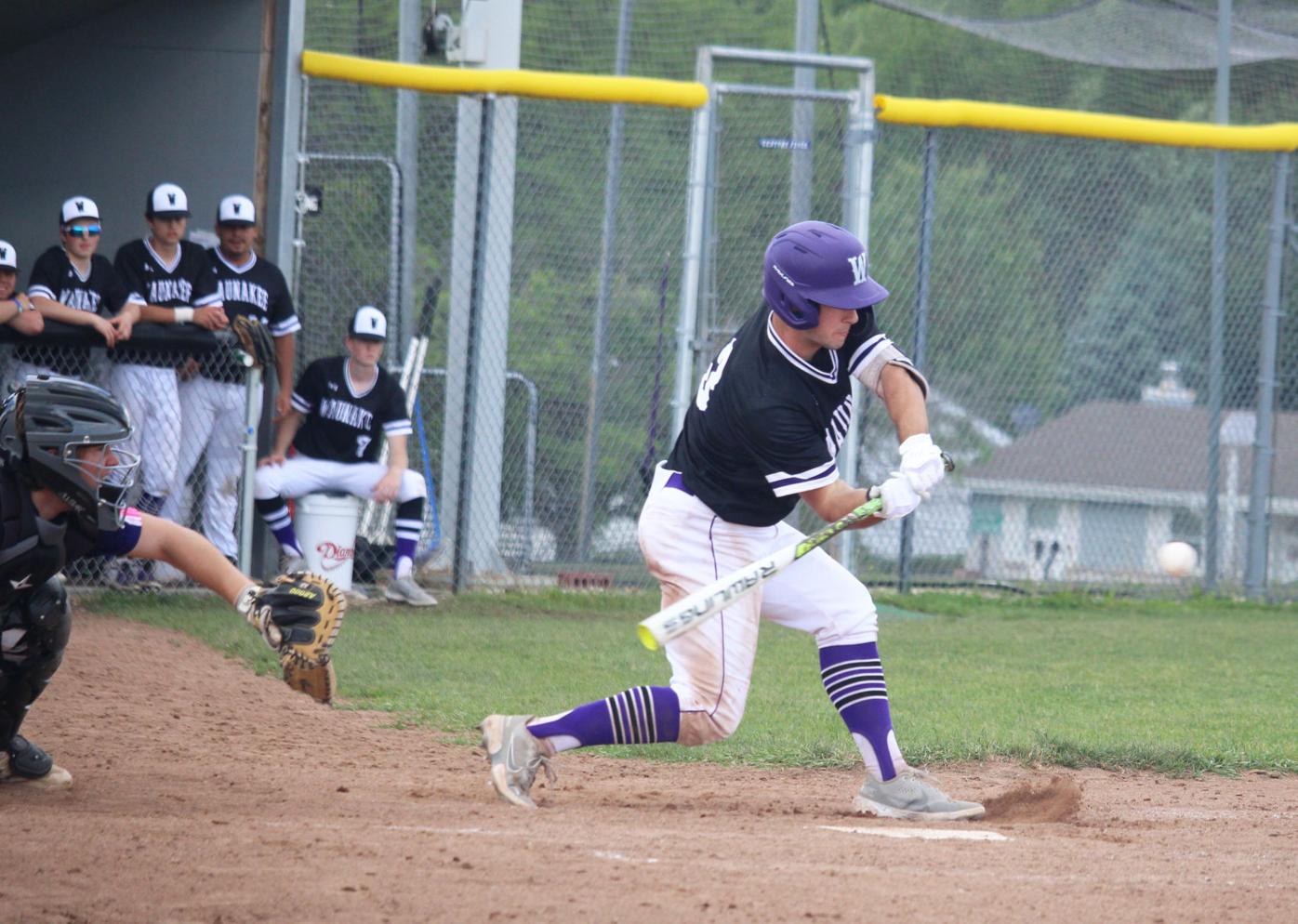 Jack Shepski will be expected to play a big role next spring after earning second-team all-conference this year.

Luke Shepski (left) is one of seven all-conference performers who will return for the Warriors next season. He was named honorable mention All-Badger North.

Jack Shepski will be expected to play a big role next spring after earning second-team all-conference this year.

After losing the 2020 season to the pandemic and not returning any players with varsity experience, the Waunakee prep baseball team came into the 2021 campaign with a lot of uncertainty.

The Warriors showed their inexperience at times, but they came together when they had to and captured a share of another Badger North Conference title.

“Our season was very successful,” Warrior coach Spencer Lee said. “When you consider we lost last season completely, had no players with varsity experience, had this season shortened by the WIAA, and also had to navigate our season overlapping with football and soccer, my coaching staff and I couldn’t be more proud of all the kids in our program. The players made the best of our situation, never made excuses, and gave strong effort. It was very uplifting to see this happen. On top of that, all three of our teams did good things on the field highlighted by the varsity team earning its fourth straight conference championship. Not only did the players do good things this year, they also set the program up for future success with their efforts.”

“A true highlight this season was seeing a brand new group of players who had a combined 0 innings of varsity experience come together as a team, work hard, be great teammates, and have a strong desire to get better on a daily basis,” Lee said. “The team this season collectively created a culture to be proud of and a culture that sets a great example for future teams. Guys were always ready when their number was called, and they were always genuinely happy for the success of their teammates.”

The Warriors kicked off the 2021 season by taking two conference games from Sauk Prairie, 9-4 and 3-1.

After back-to-back non-conference losses to Eau Claire Memorial and Onalaska, Waunakee earned Badger North wins of 13-3 and 11-10 over Mount Horeb.

The Warriors then hit a bit of a rough patch in the Badger North. After splitting two games with Baraboo, they lost two games to DeForest.

Waunakee bounced back with conference a 6-5 win over Reedsburg. Then after a non-conference loss to Middleton, the Warriors swept Portage 11-1 and 7-0.

The Warriors closed out the conference season with wins of 13-3 and 9-1 over Beaver Dam and a 13-3 decision over Reedsburg to earn a share of the title.

“After we got swept in a doubleheader against DeForest near the end of May, we were 5-3 in conference and looked to be out of the race for the conference championship,” Lee said. “Our players used the losses in that doubleheader as motivation and found a way to win the last 6 conference games and earn a share of the conference championship. The last week of the regular season was special. We had to win three games in three days to earn a share of the conference title, and our players showed tremendous resolve and motivation. That is one of the top stretches of baseball I’ve seen in my 25 years as head coach.”

The Warriors had a tough ending to the season. They closed the regular season with non-conference losses to Oregon and Sun Prairie before falling 5-3 to Verona in a WIAA Division 1 regional opener.

“This year’s senior class was outstanding,” Lee said. “They set a great example by working hard every day in practice and were willing to stay after practice and put in extra work. They were a very unselfish group, and they were always engaged in every game regardless of whether they were in the lineup or not.”

With the return of seven all-conference players next spring, including King, James, Rickett, Jack Shepski, Luke Shepski, Kuhn and Lory, the future looks very bright for the Warriors.

“That is a strong group of returning players,” Lee said. “Additionally, players like Henry Lee, Andy Nordloh, Ben Walbrun, Connor Carroll, Tate Schmidt, Nolan Feasel and Trevor Stevens gained valuable experience this season as they made important contributions to our conference championship. Other returning players who have a chance to make an impact are Cody Nelson, Connor Hughey, and Eli Cortright. One of the strengths of this returning group is their motivation. They all know they need to work hard on both their athletic and baseball skills in order to have a chance to win conference again and to play deep into the postseason. It should be a fun team to watch play in 2022.”