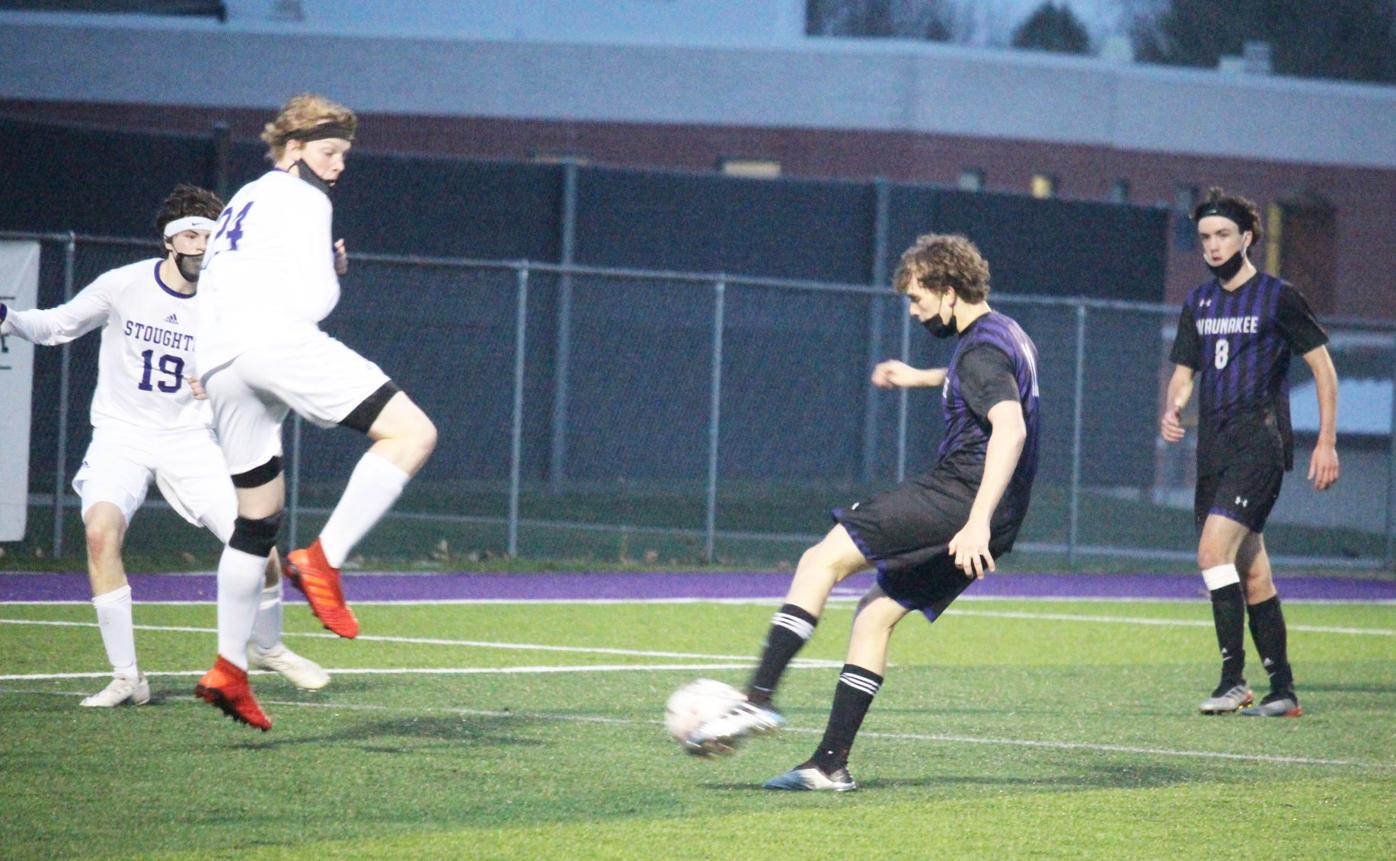 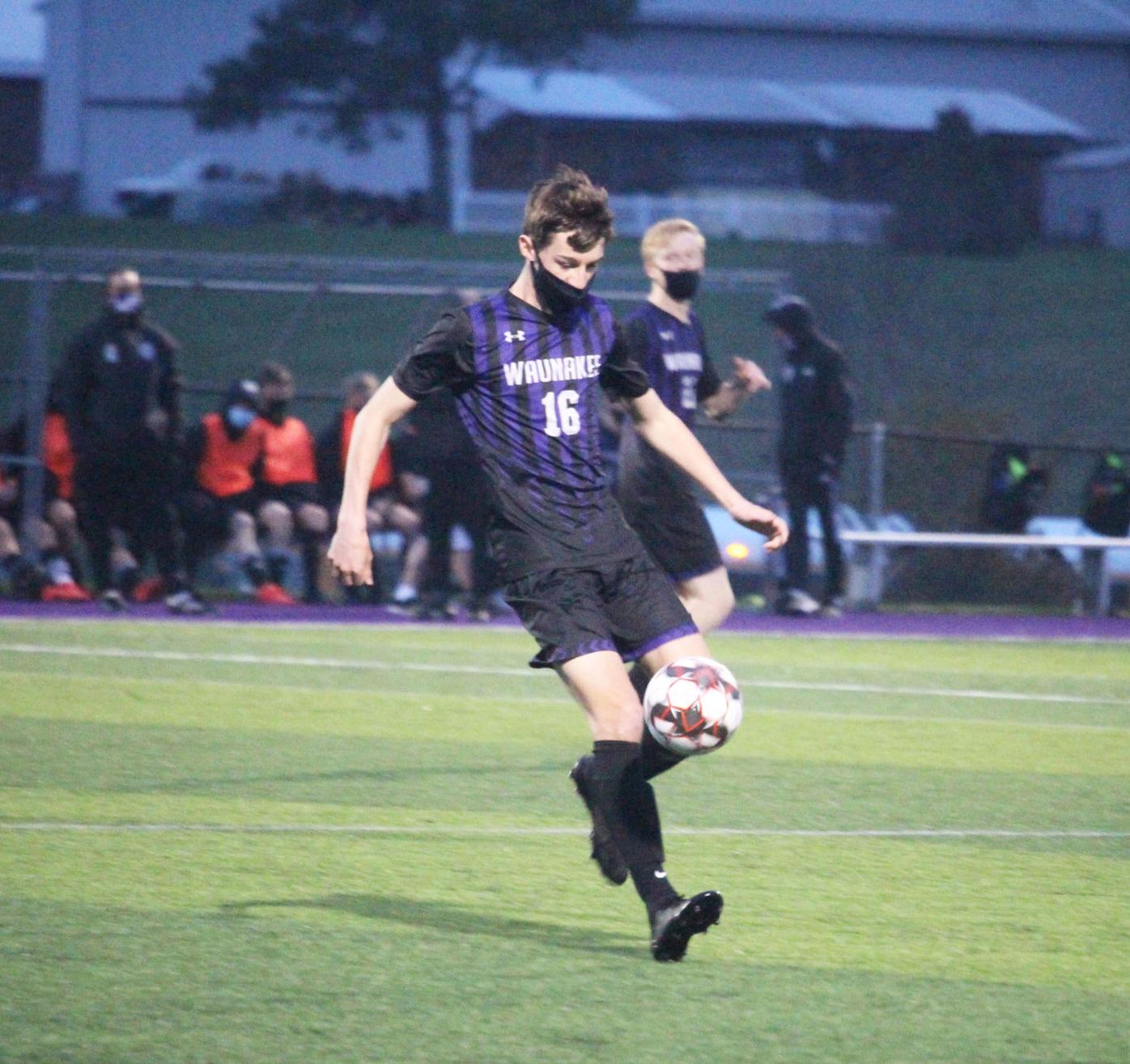 The Warriors’ Decker Storch gains control of a ball against Stoughton. 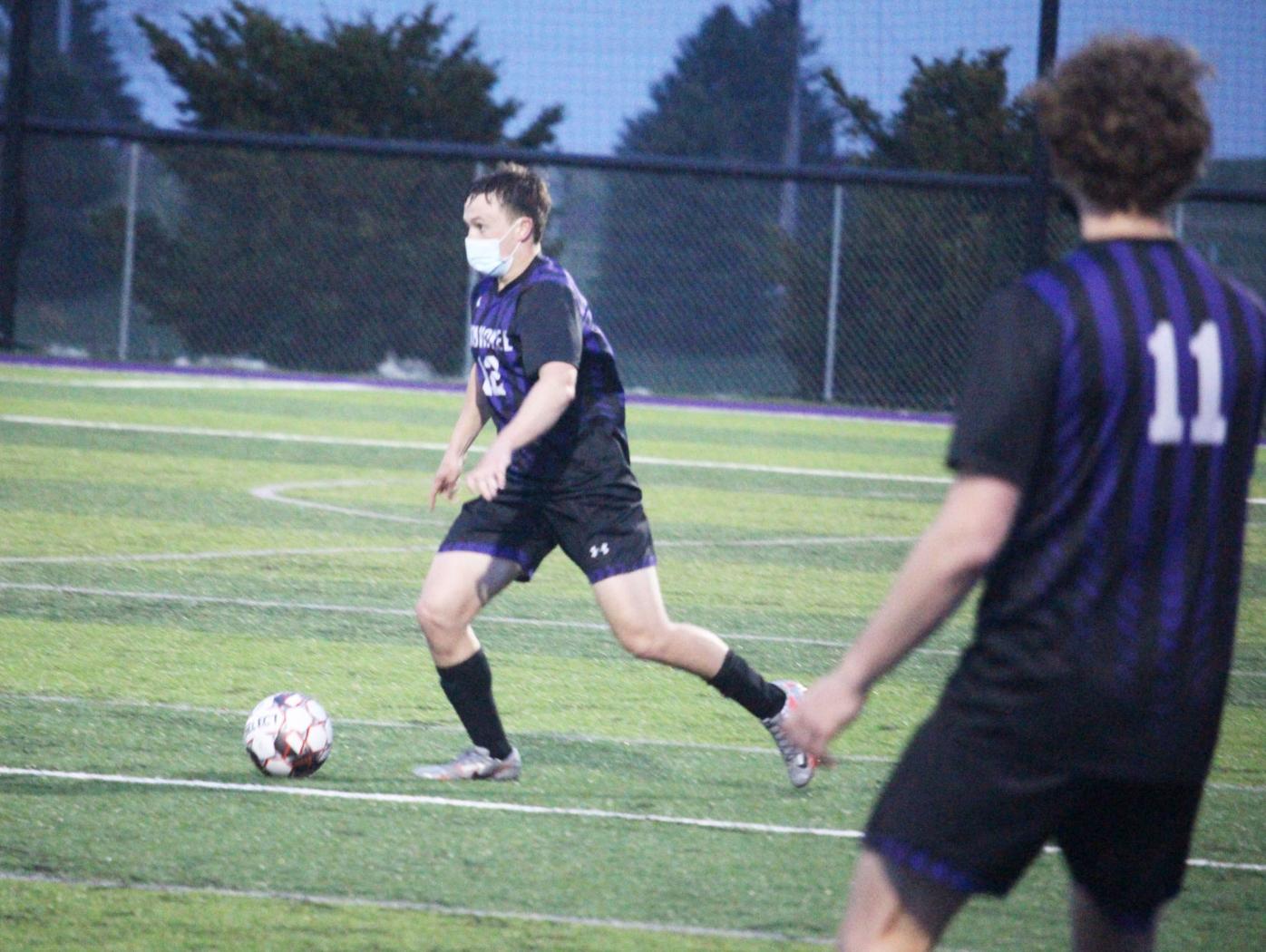 Waunakee’s Noah Jakel looks for a teammate to pass to against Stoughton. The Warriors earned a 5-0 win.

The Warriors’ Decker Storch gains control of a ball against Stoughton.

Waunakee’s Noah Jakel looks for a teammate to pass to against Stoughton. The Warriors earned a 5-0 win.

Coming off its first loss of the young season, the Waunakee boys soccer team put together a pair of near perfect performances against Milton and Stoughton last week.

“We dominated the game early and dictated the pace of play throughout with strong passing and movement of the ball,” Waunakee coach David Kettner said.

Waunakee earned another 5-0 shutout on April 8 against visiting Stoughton.

“It was a very wet night,” Kettner said. “Thank goodness for the turf because it turned out to be a positive game for us. We were able to get everyone some playing time and rest our starters for most of the second half.”

The Warriors are off to a 3-1 start this spring.

Waunakee will host Beaver Dam on April 15 and Beloit Memorial on April 19. Both games will start at 7 p.m.

After jumping out to a 2-0 halftime lead, Waunakee put the game away with three goals in the second half.

Alex Hoopes opened the scoring for the Warriors 6 minutes, 18 seconds into the contest with an unassisted goal.

Nathan Dresen put Waunakee up 2-0 at the 21:25 mark. He scored off an assist by Jackson Ehle.

“Nathan Dresen did a great job dictating the pace of play and limiting the ability of Milton to get anything going up the middle,” Kettner said.

Waunakee kept the pressure on in the second half. Dima Govorukha opened the second-half scoring at the 56:06 mark. Dresen had the assist.

“Dima had a couple of great chances, one off the crossbar, before he finally put one in,” Kettner said.

Calvin Rahn scored less than two minutes later off an assist by Dresen to increase the margin to 4-0.

“Calvin Rahn had by far the most impressive goal beating the Milton goalie from 30 yards away with a powerful shot into the upper left corner of the goal,” Kettner said.

Decker Storch scored the final goal for Waunakee, while Ehle had the assist.

The game with Stoughton was a mirror image of the win over Milton. The Warriors broke open the game with three goals in the second half.

Waunakee’s Lane Miller opened the scoring with an unassisted goal 19:45 into play.

The Warriors increased the lead to 2-0 before the first half came to an end. Drew Lavold scored off an assist by Mason Lee.

Lee’s first goal came at the 54:48 mark off an assist by Govorukha. He scored less than two minutes later on an assist by Josh Fried.

“Mason Lee was the player of the match,” Kettner said. “Stoughton really could not find an answer for Mason as he was able to work the outside defenders and find pathways to the goal on several occasions.”

Isaiah Jakel had a late unassisted goal to close out the scoring for Waunakee.

Similar to Milton, we controlled the game with strong passing and movement off the ball,” Kettner said.

Fuhremann and Lawson Kuhn split time in goal for the Warriors and combined for three saves in the shutout.