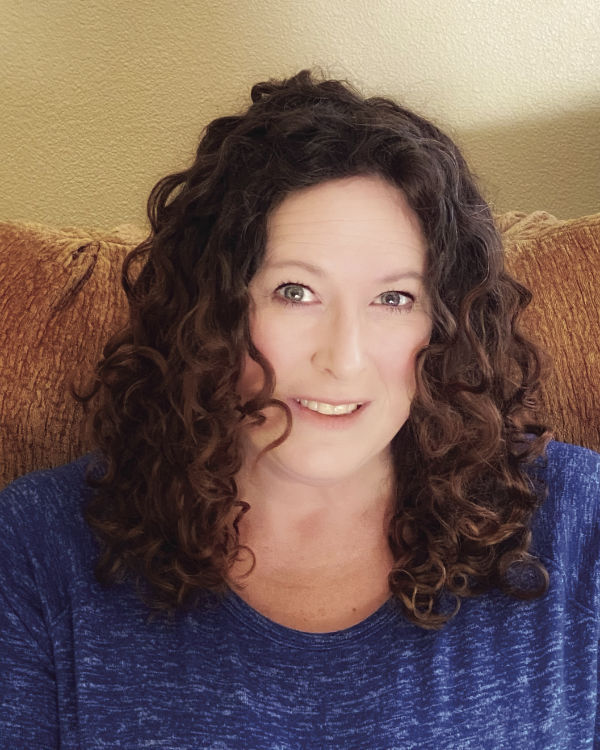 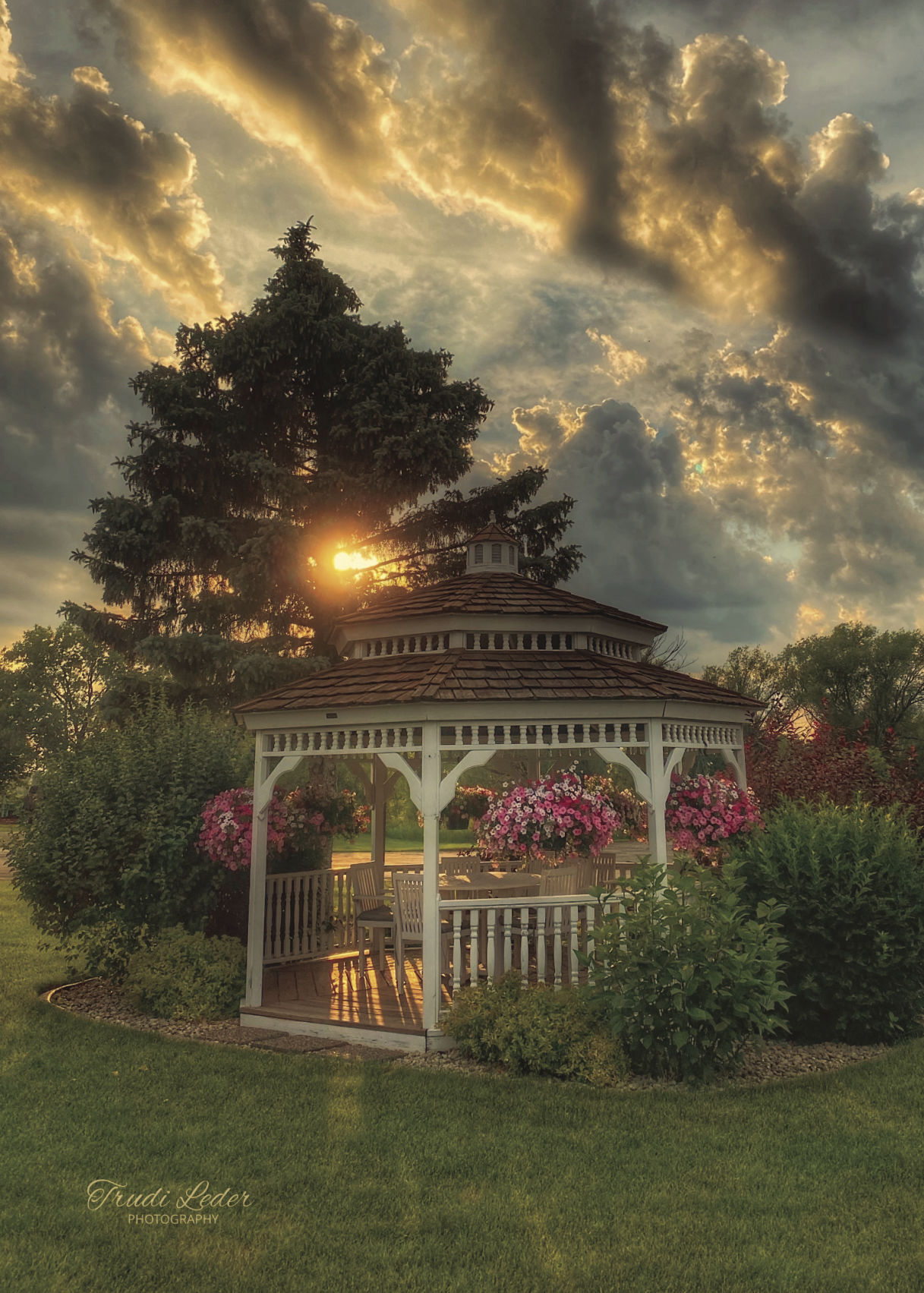 Trudi Leder took this photo of the sunset over the gazebo at Rex’s Innkeeper shortly after Rex Endres died, capturing a significant moment for the community. 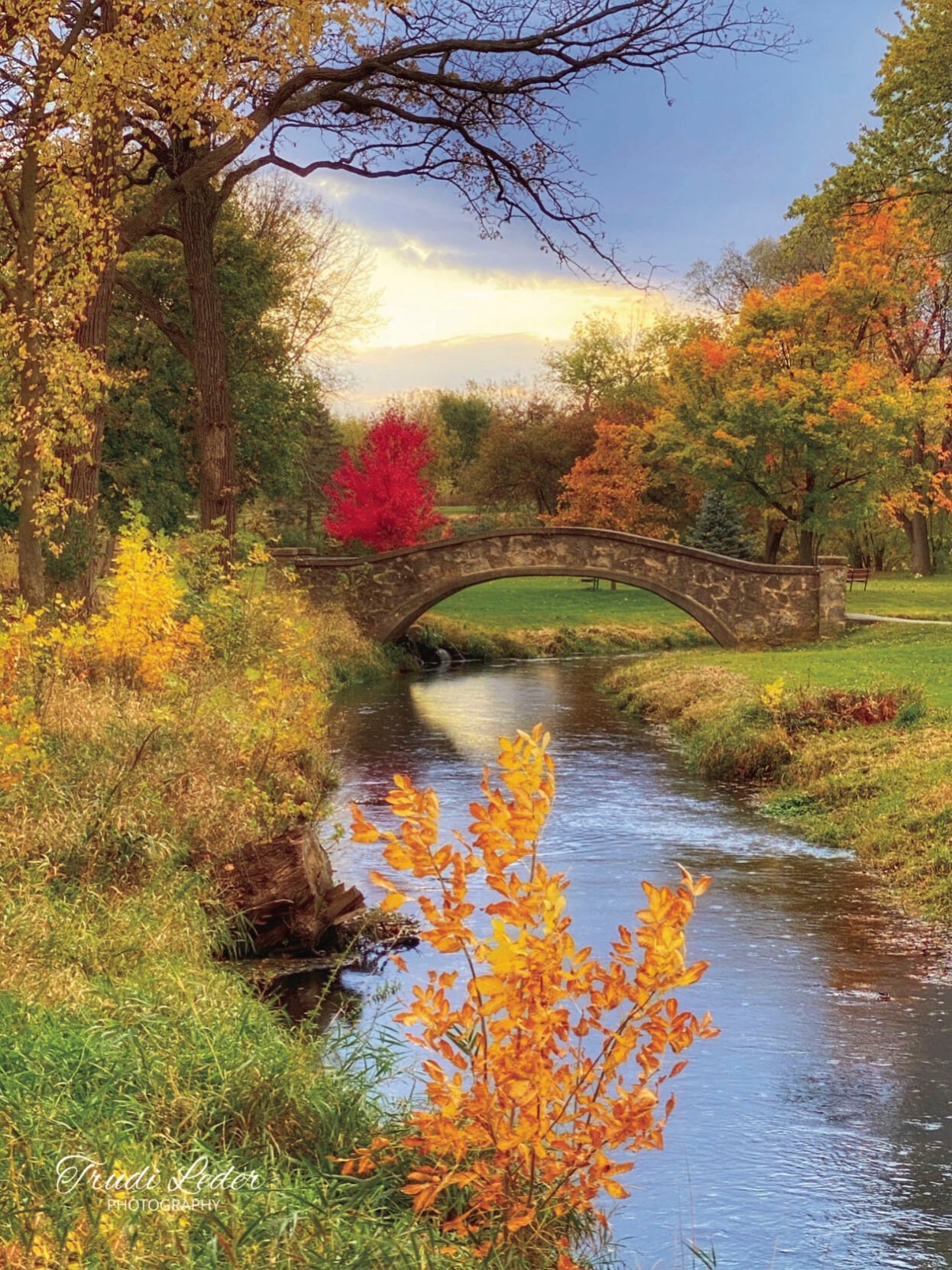 Trudi Leder included this image in her piece created for the village’s Art on Main project.

Trudi Leder took this photo of the sunset over the gazebo at Rex’s Innkeeper shortly after Rex Endres died, capturing a significant moment for the community.

Trudi Leder included this image in her piece created for the village’s Art on Main project.

While the COVID-19 pandemic caused a great deal of suffering, it also provided time for us to fully explore our interests. Trudi Leder, a Prairie Elementary School teacher who grew up in Waunakee, applied her passion for photography in a new way, one that connected her to other community members and honed her skills.

Leder began posting her Waunakee area sunset photographs on the Waunakee, Can We Talk? Facebook page last year. While the community hotly debated issues around race, facemasks, in-person or remote learning and other issues on the site, Leder’s often bucolic landscapes of a crimson sun disappearing below the horizon brought a sense of peace, and many reached out to express their gratitude.

At one point, when the dialogue became especially contentious, Leder threatened to leave the site. A number of people reached out and asked her to continue posting her photographs. She said she had become a sort of Mr. Rogers in Waunakee, always telling her neighbors goodnight. “I just started it because I wanted to make people happy during COVID, and now I’ve started a website,” Leder said.

Many who enjoyed her photographs contacted her for their own projects. She got the chance to meet Christine Chisholm last fall before Christine died of cancer last spring. Chisholm had asked her to take her final family portrait and her son’s surprise engagement photo after he popped the question to his girlfriend.

Leder was also asked by a local shop owner to use one of her pictures used for a jigsaw puzzle.

“I just wanted to give back to the community,” she said.

She’s also received requests to take photos for business websites and of family farms. Two of her pictures have been published in a nature magazine.

Leder was asked again to give back by participating in the Create Waunakee committee’s Art on Main project during this special Waunakee 150th anniversary year. Leder filled one side of the 150th year steel cutout provided by Endres Manufacturing with historic photographs of the village and the other side with her own. She included iconic Waunakee sites such as the Depot on Main Street and Village Park. The project led her to reach out to community members to learn more about the history, like lifelong resident and history buff Sam Kaufmann, who could identify some of the pictures she collected.

She also reached out to Waunakee celebrity Mike Moh of Moh’s Martial Arts, who had a role in Quentin Tarantino’s film, “Once Upon a Time in Hollywood.” Moh performed a martial-arts kick for Leder’s photograph.

Leder has enjoyed taking pictures since she was a student in her father’s high-school physics class, saying Jim Ableidinger’s brief photography segment was her favorite part of the class. When she became an aunt, the Ableidinger family called Leder “Aunt Paparazzi” because she took so many pictures of the new addition.

As a teacher, she had her fourth-grade students snap photographs for greeting cards to give to their parents.

Last summer, Leder took Waunakee photographer Rona Neri’s nature photography course at Schumacher Farm and further developed her skills, even though she was still shooting with her iPhone and was dubbed an iPhonographer, she said.

All of the encouragement online led to her to shoot one landscape photograph per day at sunset, she said. Sometimes, her pictures marked a significant moment in time, such as one of the Rex’s Innkeeper gazebo snapped just after Rex Endres died.

On occasion, chasing sunsets has led to adventure and close encounters with other community members. That’s what happened when Leder was “chasing a sunset,” and her mini-van slid into a ditch on a farm west of Waunakee, she said. She put a shout-out for help on Facebook, and finally, several residents, along with the property owners came out to rescue her, allowing to her to meet more people and further endearing her to the community.

“All these people came to help me,” she said. “That’s what I love about Waunakee. Who would have thought I would make friends because I was trespassing?”

Leder said she’s sold some prints along the way, allowing her to buy an actual camera. She’s pursued more classes through the Camera Company, she said, and is now saving up for a new lens.

Leder’s work can be seen on her Facebook site, Trudi Leder Photography. She also began her own Waunakee Facebook page, Waunakee Shine, and plans to exhibit her work at the upcoming Waunakee Artisan Market planned for Oct. 2 at Schumacher Farm Park.