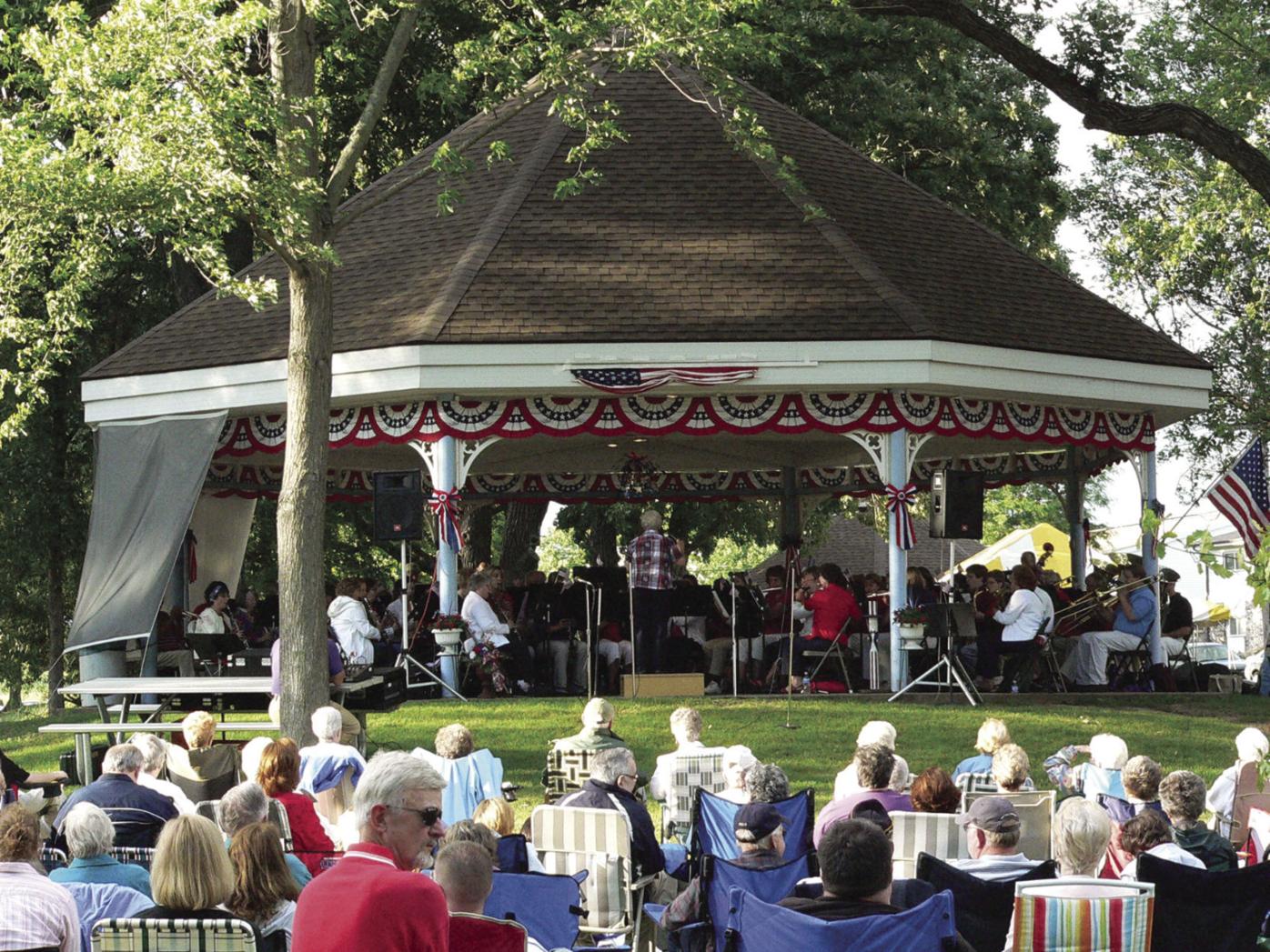 The Community Band will resume its concerts at the Village Park gazebo July 29. 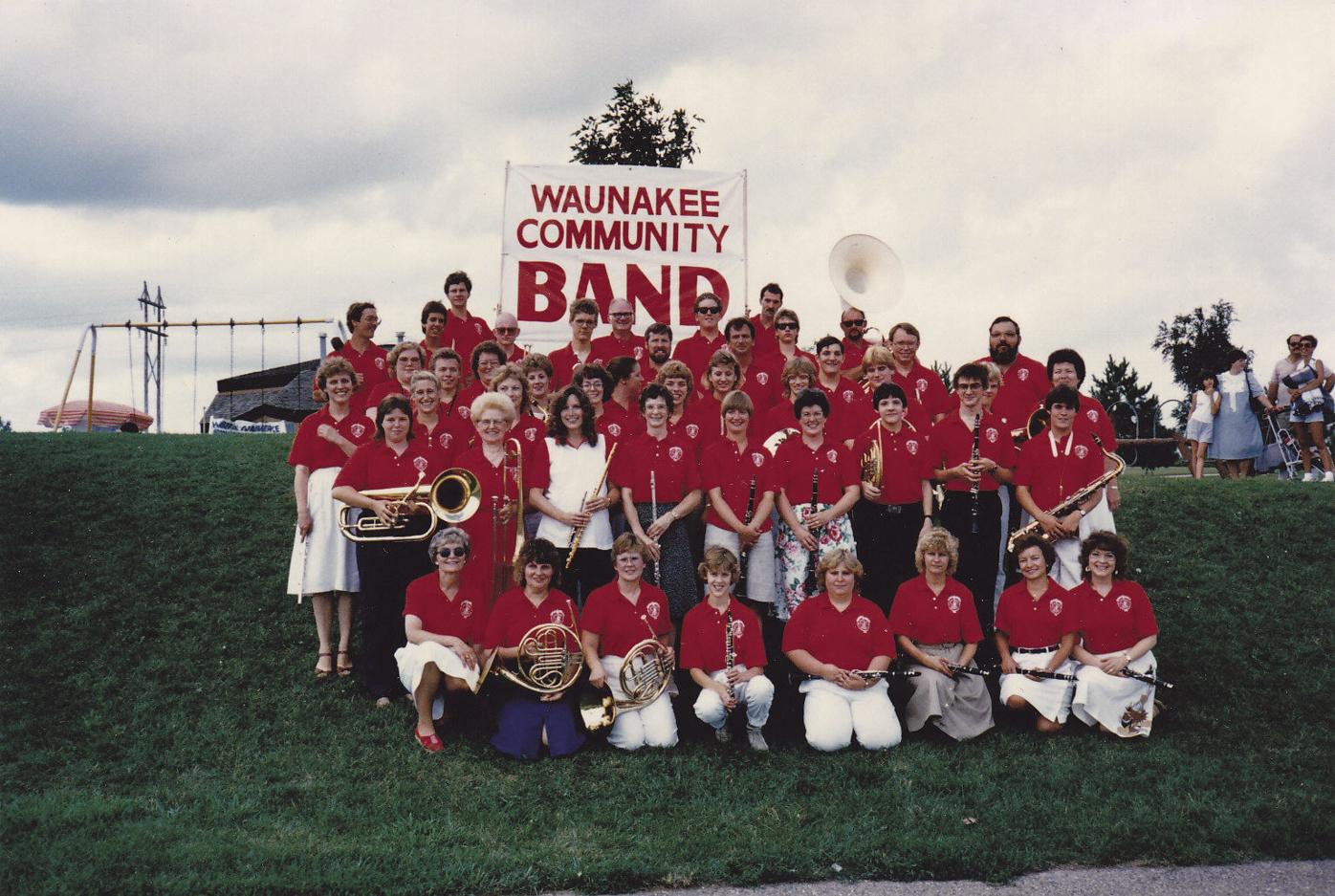 Shown are Waunakee Community Band members in the early years. The organization is marking 35 years of performances together.

The Community Band will resume its concerts at the Village Park gazebo July 29.

Shown are Waunakee Community Band members in the early years. The organization is marking 35 years of performances together.

As the world reawakens and activities halted during the COVID-19 pandemic resume, one summer tradition is returning: Waunakee Community Band concerts at the Village Park Gazebo.

The pandemic silenced many musical acts, including Waunakee’s Community Band whose members were unable to perform in 2020. Until June, they had no access to the Waunakee Community High School rehearsal space.

But last month, 74 band members returned to rehearse, and now the Community Band’s first performance is scheduled for July 29, said director Jan Tweed. It’s been a difficult time for musicians seeking to perform together, so at the June 22 rehearsal, band members returned eager to play again.

The first performance of 2021 will mark several milestones, including the Community Band’s 35th year.

“It was last year, but we lost last year,” Tweed said. Cindy Sukowatey, president of the band’s board of directors, calls the anniversary 35 plus 1.

Chris Zellner, village president, and Todd Schmidt, village administrator, will be presented with a brick to place next to a red bud tree planted at Village Park as a gift from the band to mark the 35th year.

As the village celebrates its 150th year, the Community Band will also honor the Waunakee Fire Department, which celebrated its 125th anniversary in 2020.

Finally, the band will play a song dedicated to Donna Reinhold, one of their alto sax musicians who died of COVID-19 last year.

“She was with the band over 20 years. She was an absolutely outstanding person,” Tweed said.

Not all of the July 29 concert will be so ceremonious. Sukowatey and Tweed said the band also plans to perform the Chicken Dance.

“And we expect the audience to participate,” Tweed said.

With such a short rehearsal window, the Community Band is planning just two other concerts this summer.

The Patriotic Concert, held every year to honor all veterans and active service members, is planned for Aug. 12. Members of the Waunakee American Legion and VFW will receive a pin. The Lions Club will serve a supper.

The final concert Aug. 26 will be fully devoted to the band’s 35th year. The members will perform a composition by Larry Daehn, a nationally known composer from Wisconsin, written in honor of the Waunakee Community Band’s 35th year.

They also will play pieces commissioned every five years since the band’s 20th year, compositions written by Pierre LaPlante and Rick Kirby, along with Daehn’s.

Tweed recalled the band’s beginnings. She was teaching for the Waunakee school district then and had been approached about starting a musical group.

“Two people in town, every time they saw me, they nagged me,” Tweed said, adding that both played the tuba.

Others in town, along with a few high-school students, participated and the members performed two concerts that first year, she said.

All concerts are scheduled at the Village Park Gazebo this year, but in the event of rain will be moved to the Waunakee Performing Arts Center.

But community members won’t have to wait until July 29 to see the band’s first performance since 2019.

“People can see the Community Band in the WaunaFest Parade,” Sukowatey said. The WaunaFest Parade will begin at 11 a.m. Sunday, July 26, at Main Street and Division Street, then travel west to O’Malley Street where it will turn south, before resuming its western path on Sixth Street toward Centennial Park.

The Waunakee Community Band will perform three concerts this summer. All are scheduled for 7 p.m. at the Village Park gazebo, and food will be for sale at the park prior to the performance. In case of rain, concerts will be at the Waunakee High School Performing Arts Center.