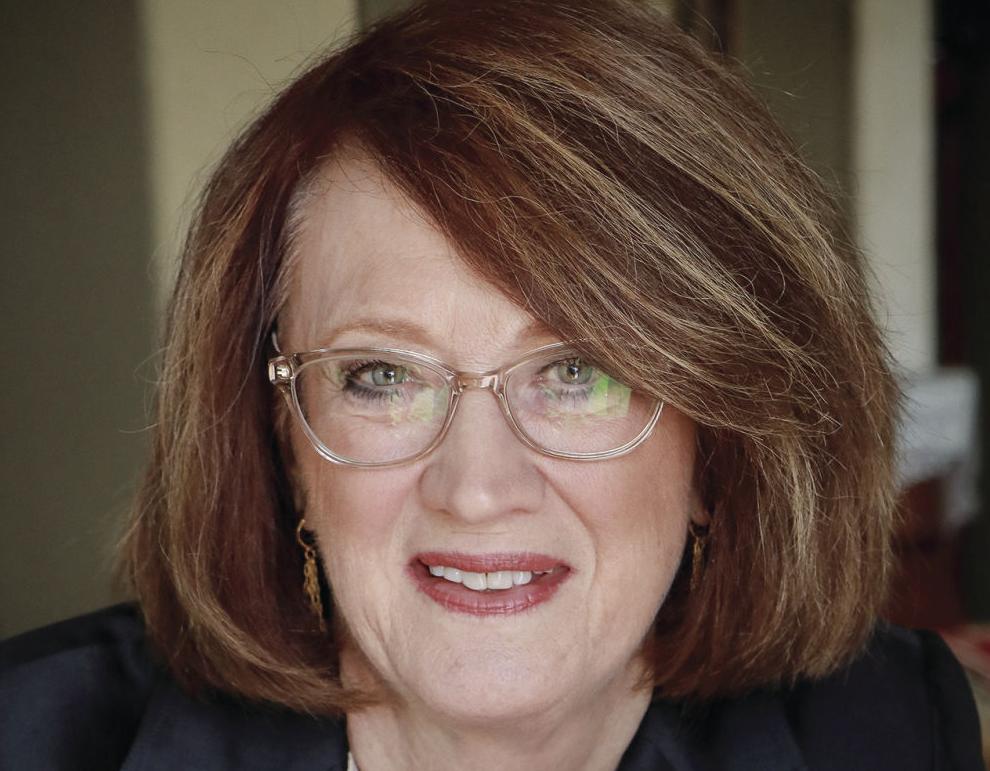 Vivian Probst's first novel, "Dissolving Her Despair," is available in WEnglish, with gender neutral language as well as English. Probst is a linguist, as well as an author. 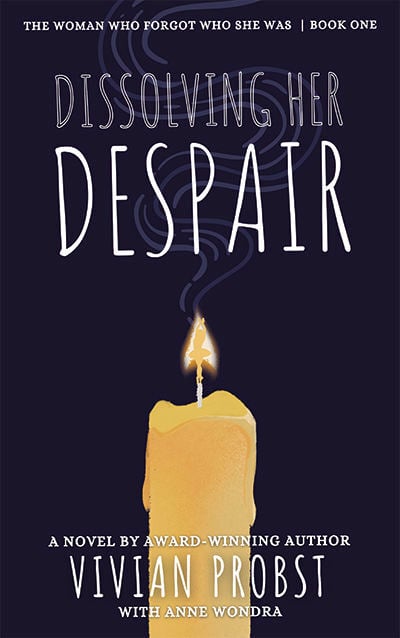 Vivian Probst's first novel, "Dissolving Her Despair," is available in WEnglish, with gender neutral language as well as English. Probst is a linguist, as well as an author.

After 20 years in process, author, linguist Vivian Probst is celebrating the early February release of "Dissolving Her Despair," Book One of her thrilling new five-book series, "The Woman Who Forgot Who She Was."

In Book One, Probst focuses on a brilliantly successful bank president who can manage other peoples’ finances but not her own. Deeply in debt, Avery Victoria Spencer faces public humiliation if her secret is discovered.

Wrestling with despair and desperation, she falls asleep hoping for a solution. Miraculously, she awakes chained in a medieval dungeon where magical beings are ready to help if she’s willing to accept their messages.

Probst explains, “Avery learns that her issue is not with money, but actually something far more important.”

Book One began when Probst couldn’t overcome her own need to spend more than she earned. Writing "Dissolving Her Despair" transformed Probst’s financial life through lessons she gained from her main character. Her other four books are in final production, all with Avery taking the author on fictional journeys to resolve other life issues.

Probst says Avery is a lonely person who doesn’t feel loved or that she fits in. “At one point in my life that was how I felt. Nothing else about Avery’s life is like mine – her situations are truly fictitious.”

Much to Learn from Fiction

Avery Victoria Spencer is the first female president in a Waukesha, Wisconsin, bank who lives a luxurious but lonely life, expertly hiding her uncontrollable need to spend far more money than she earns. Now deeply in debt, with both bankruptcy and public disgrace on the horizon, she doesn’t know why she can’t stop her self-destructive behavior. Only a miracle can save her.

But there’s more to the story. Avery has truly forgotten who she is after suffering a severe trauma twenty years earlier. Now the arrival of a mysterious man sparks dreams that begin to give her clues to her past. Only when she accepts these pieces of a vital and surprising truth can she begin to put her life back together.

Participants at the library event will hear more about how Probst mined stories from her own life to create this alluring new book.

Probst’s previous books include the award-winning novel, Death by Roses and the love-affirming memoir, I Was a Yo-You wife …Until I Learned THIS!

Besides being an exciting, can’t-put-down story, and unlike any book in the marketplace, Probst’s new book has a companion book written in its own language, WEnglish, complete with its own Glossary.

WEnglish™ –A New Form of English

Probst is the founder of WEnglish, a new way to read and write English that champions the right for women to have their own words beyond male connotations. vivianprobst.com/WEnglish

Dissolving Her Despair is available in either ‘regular’ English or in WEnglish, which comes with its own Glossary.

Probst says. “The Glossary provides a list of masculine words that are not used in WEnglish, accompanied by words that replace these. Occasionally a word spelling needs to change, but not often.”

As a visionary and champion of gender inclusive language, Probst wants to inspire people to write and speak English without unnecessary gender influence.

“For example,” she says, “Words like ‘woman’, ‘women’, and ‘female’ are so folded into our vocabulary that we don’t realize how unconsciously and subliminally we are affected or how deeply these words fixate us into male gender bias—not to mention words like mention, amen, manage and thousands of others.”

Probst believes that those who read her new book series in WEnglish will see it as a game changer. “It cancels out gender bias so readers can enjoy what I refer to as “WEquality™” with words,” she says.

Book One of "The Woman Who Forgot Who She Was" launched on Amazon Kindle on Feb. 7. It is available in English with a free download of its WEnglish version, titled “Tha Womun Who Forgot Who Shi Was”. Printed copies will be available through Amazon very soon.