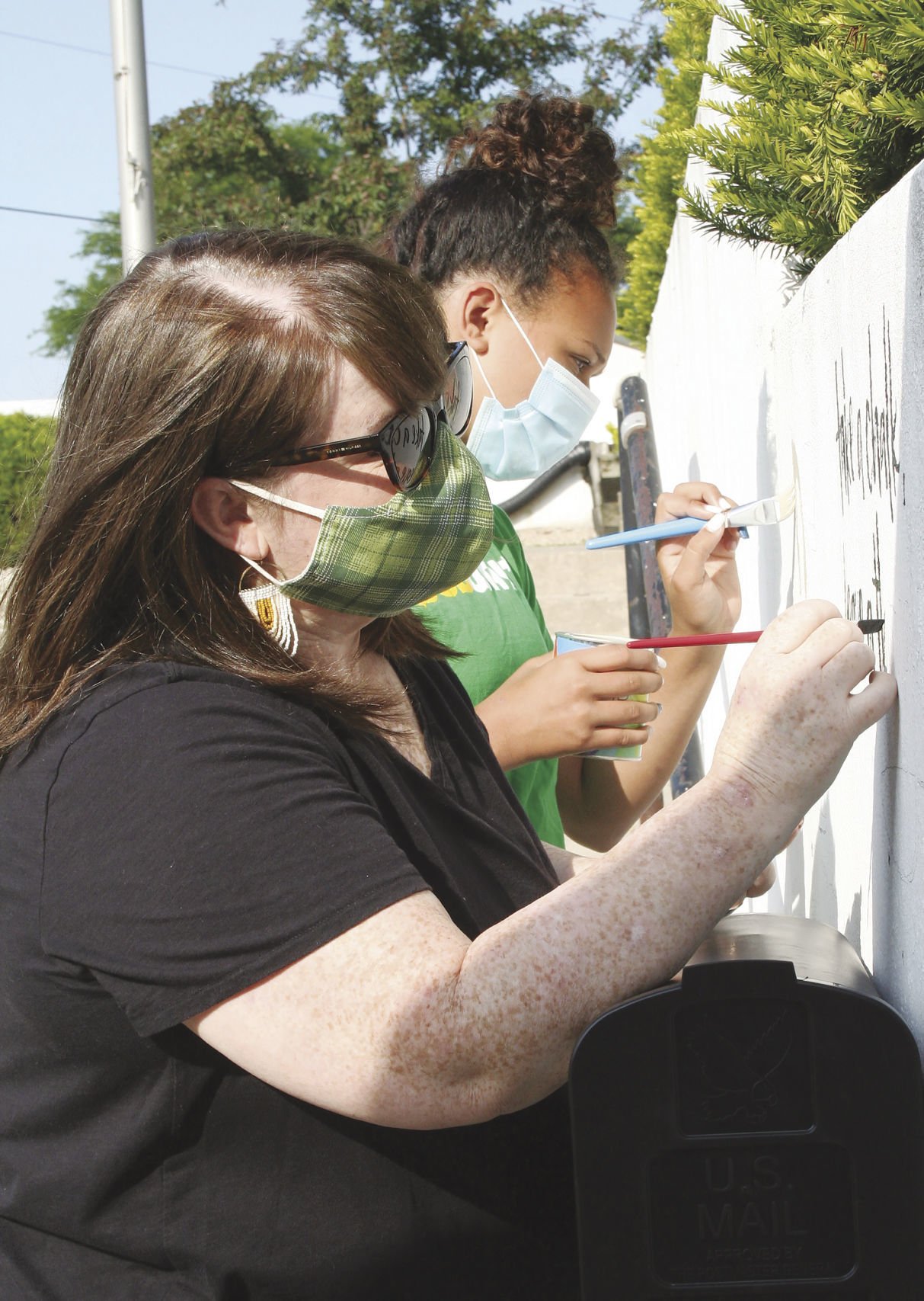 Sarah Stevens and Simone Lewis paint the words on the former library wall.

Be the Change is the title for the wall. 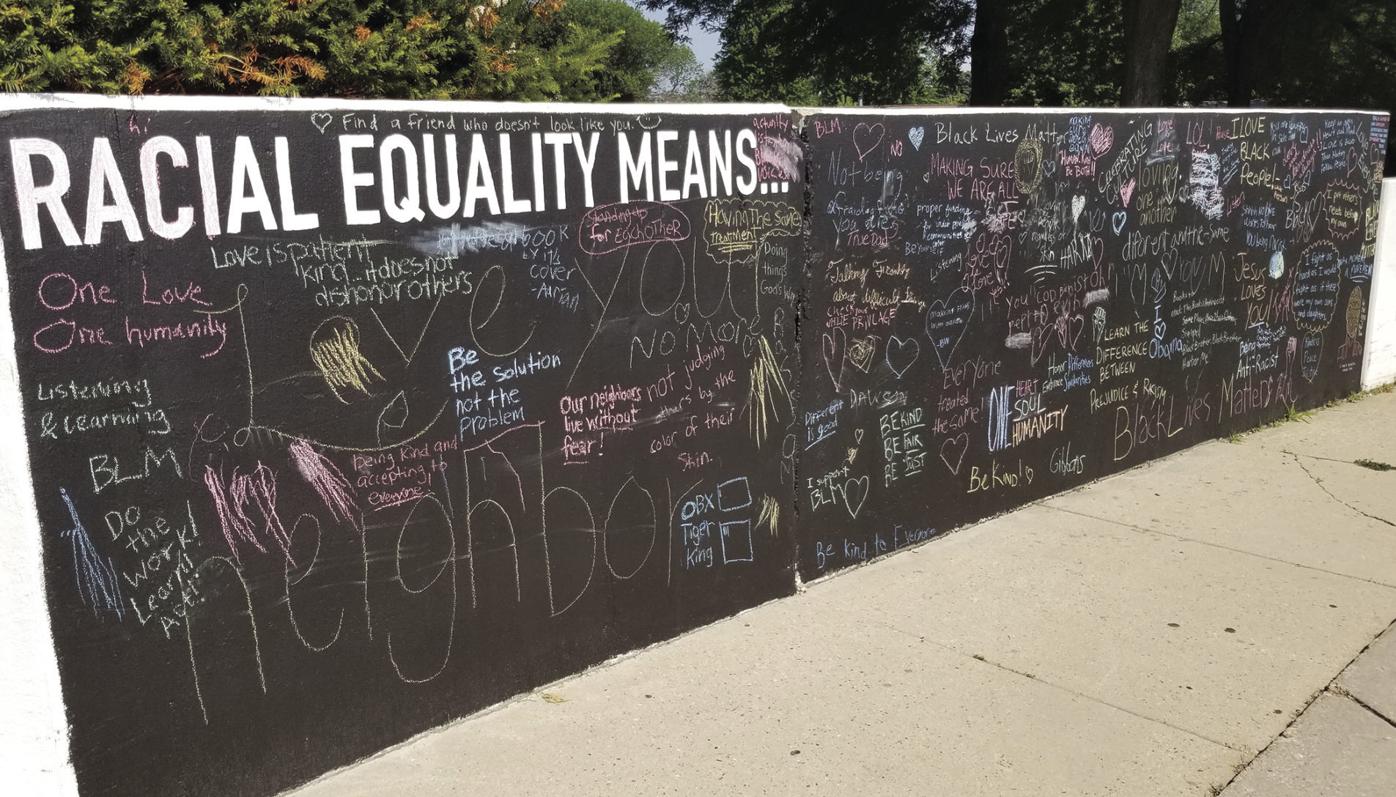 Sarah Stevens and Simone Lewis paint the words on the former library wall.

Be the Change is the title for the wall.

Libraries provide a space for people to explore ideas through the written word, and now Waunakee’s former South Street library, though empty, will resume that function.

One wall on South Street has been painted black, and Friday, a team of students led by graphic designer Sarah Stevens of Cellar Designs painted the words, “Be the Change.” The black wall invites community members to write or draw their responses.

Above a mailbox filled with chalk, the team has painted the words, “Take a chalk, leave a thought.”

An image of George Floyd has also been painted on the right side of the black wall, starting a conversation on the social justice theme.

Apparently, the Waunakee community is ready for the conversation. On Thursday, the wall was fully prepared, and by Monday, it was full of responses.

Village Trustee Erin Moran, who chairs the Create Waunakee committee, said the response wall is a place to start in the community.

“For people, it can be a place of learning and healing. It can lift the people in the community up. People can come and share dialogue in a creative way,” Moran said.

Schmidt had learned of similar projects and was familiar with New Orleans artist Candy Chang, whose interactive pieces painted post-Katrina invited the community to respond to prompts such as “Before I die I want to…”

Moran added that she had seen similar interactive boards in coffee shops, and when she studied at the Conserve School, other projects invited students to respond about environmental issues.

“The village and the committee wants to work on things that create a more inclusive community,” Moran said. The wall could serve as a talking point for community members and their children or neighbors on a walk, she added.

Asked how any offensive messages might be addressed, Schmidt said he believes those would be self-policed by the community.

“If there’s something clearly disrespectful or hate words, it’s chalk, and it can come off,” Schmidt said.

Stevens added that the level of disrespect would be considered.

“If it’s hate speech, it needs to be reported and removed. The community is really good, but if it’s not going to change our community for the better, there’s no room for that,” Stevens said.

The wall can always be repainted, Schmidt said.

“I asked him to install a big piece of plywood in the village, and he sent a picture of the white wall there and said, ‘What about this?’ It’s so perfect,” Schmidt said.

The village board had initially intended to sell the former library, with the proceeds going to help fund the new library.

Then last year, the board considered selling the existing Village Hall building, located at a site more suited for commercial use, and moving Village Hall to the former South Street library location. But the coronavirus pandemic halted efforts to sell Village Hall, Schmidt said.

“Initial interest from the development community just fizzled away to nothing when things got difficult with the pandemic,” Schmidt said.