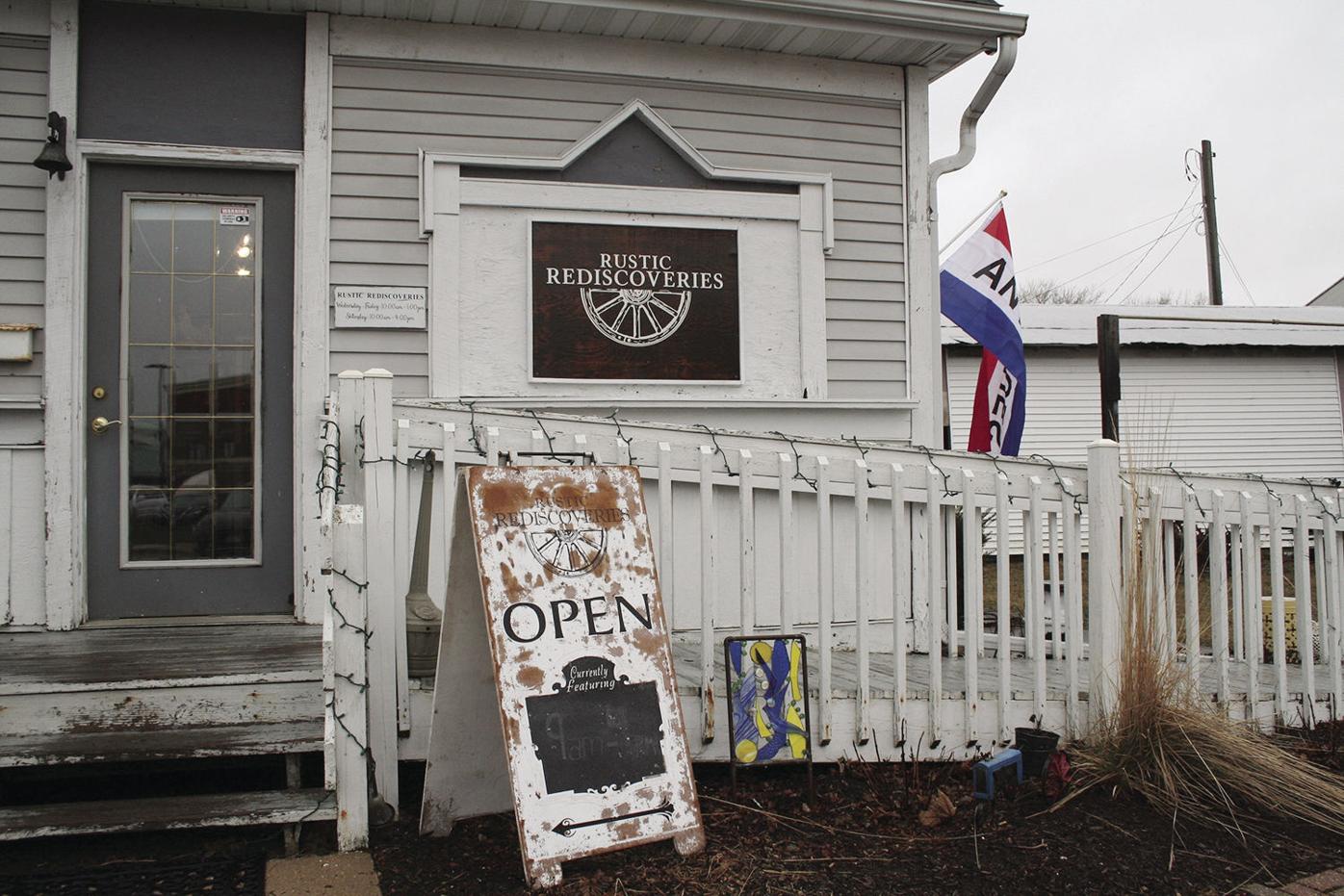 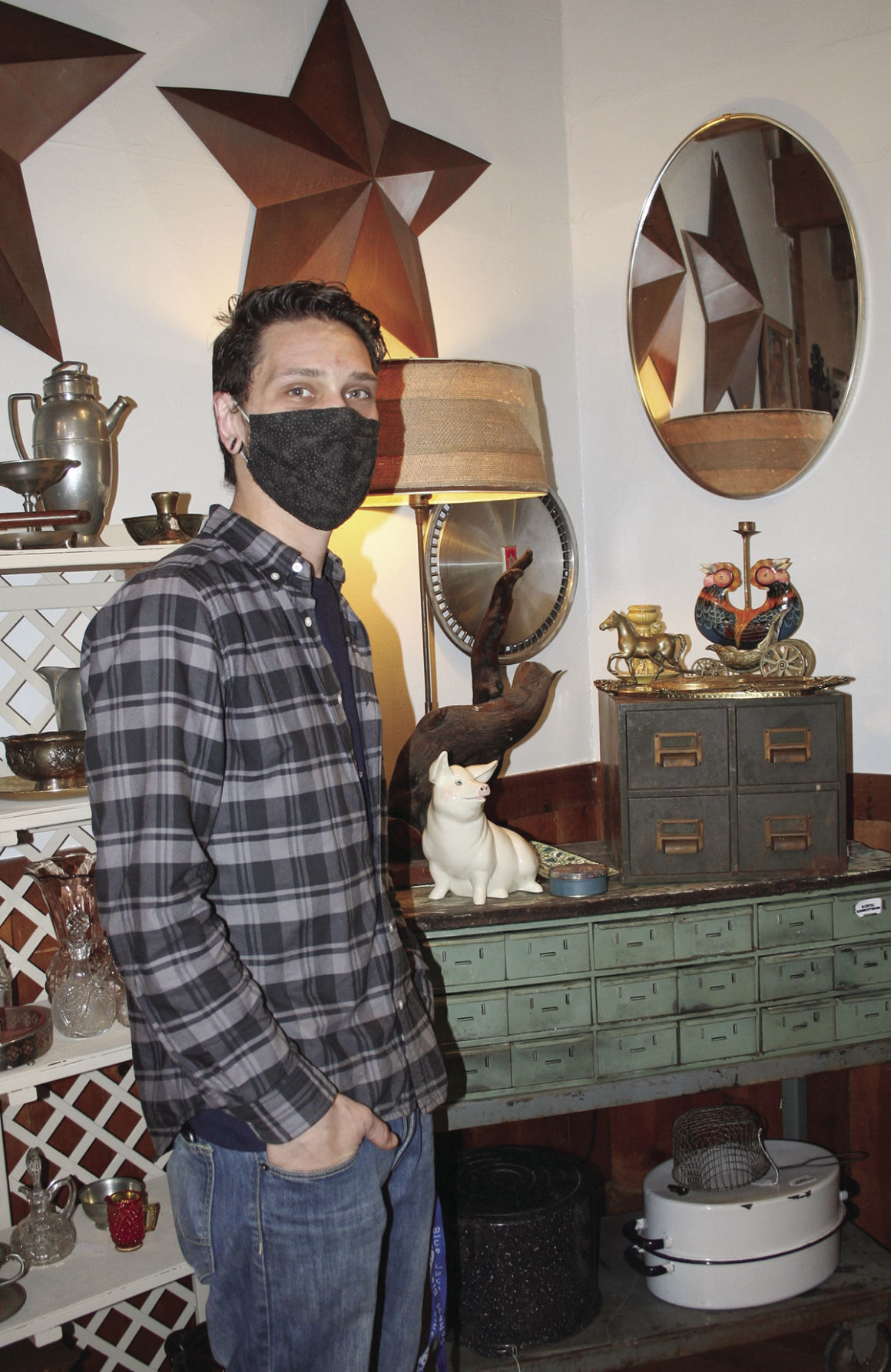 Jeremy Jacobson shows some of the unique items, including this card catalog at the store. He and his girlfriend, Brookelyn Cruse, are the owners of Rustic Rediscoveries, a new thrift shop in Waunakee.

Jeremy Jacobson shows some of the unique items, including this card catalog at the store. He and his girlfriend, Brookelyn Cruse, are the owners of Rustic Rediscoveries, a new thrift shop in Waunakee.

It’s often been said, one man’s trash is another’s treasure.

Jeremy Jacobson, the owner of Rustic Rediscoveries in Waunakee, knows this well.

His idea for the thrift shop began nine years ago.

“I’d been antiquing and junking and all of the above for a long time, and I’ve always wanted to open a shop. Finally last year, right before Christmas, we decided to bite the bullet and open in Cambridge,” he said.

Jacobson and his girlfriend Brookleyn Cruse find treasures, give them a little TLC or in some cases, paint, then sell the antique décor and furniture at the store. The Cambridge store was successful, Jacobson said, but when the lease was not up for renewal, it found a new home in Murphy’s Mill next to Sweet Pea Floral in Waunakee.

“When we were kind of looking at locations, we came across this space and we thought we could do even better than we were doing in Cambridge,” Jacobson said.

The repurposed Murphy Mill is in itself a rustic rediscovery, making it a perfect home for many of the store items.

“When we found the Waunakee location, we said let’s do a vintage thrift shop, higher-end items, rustic antique and vintage items, and just kind of have a really nice place to display and showcase what we have,” Jacobson said.

The store has been busy but lacks visibility in its location tucked away southeast of the Waunakee Depot.

Jacobson and Cruse head to auctions and flea markets to find treasures and fill the space each week. Open Wednesdays-Saturdays, Rustic Rediscoveries can be sold out of many items by Monday. When the Tribune took a tour on a Wednesday, much of the furniture inventory had been purchased over the past weekend. Jacobson said many customers purchase dressers and other furniture there then refurbish them.

The store sells home décor and one-of-a-kind finds like ceramic pigs and chickens, and has a little bit of everything.

But Jacobson said they do not sell items on consignment.

“Everything is hand-selected by me and my girlfriend,” he said.

The couple have a son, and both have other jobs. Cruse, who is from Sauk, works at Fleet Farm, and Jacobson is a full-time school custodian. When they began the business in 2020, they sold their finds at flea markets, but with their son, they were happy to give up the travel.

The family recently moved to Springfield Corners to be closer to Cruse’s family, in Sauk, as well. Jacobson grew up in Cambridge.

Many of the sales are done through the Rustic Rediscoveries’ Facebook page, with pictures of new finds and special deals constantly updated.

Rustic Rediscoveries is located at 102 E. Second St. in Waunakee. The store is open from 10 a.m.-1 p.m. Wednesdays through Fridays and Saturdays from 10 a.m.-4 p.m.