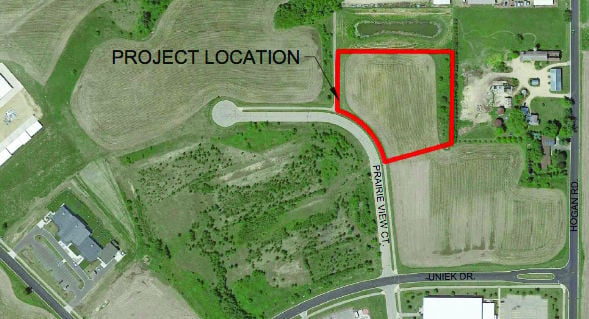 This shows the location at Prairie View Court for the new building proposed by Robotic Automation Systems. 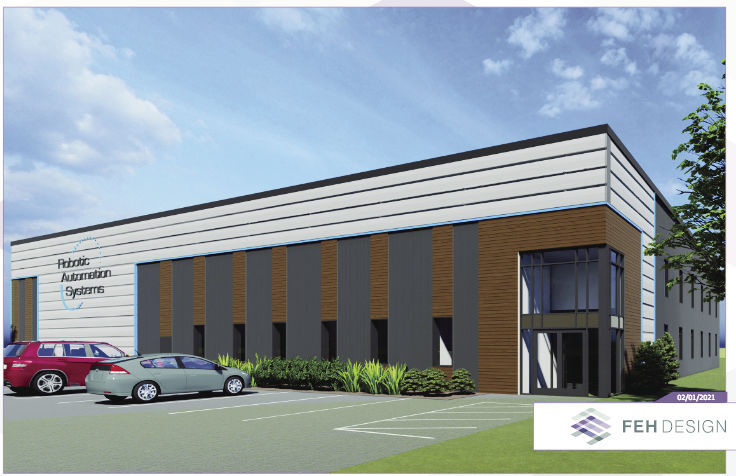 EG Schmidt Construction provided this rendering of the design for Robotic Automation Systems to the Waunakee Plan Commission.

This shows the location at Prairie View Court for the new building proposed by Robotic Automation Systems.

EG Schmidt Construction provided this rendering of the design for Robotic Automation Systems to the Waunakee Plan Commission.

While the COVID-19 pandemic has had crippling effects for some industries, other local manufacturing companies in Waunakee’s industrial park plan to grow.

Waunakee’s Plan Commission heard some of these plans at their Feb. 8 meeting and recommended the village board approve necessary steps for their project plans.

The largest request came from Robotic Automation Systems, a small company that creates assembly robots for the plastics industry.

That company plans to build a 12,825-square-foot building at 1010 Prairie View Court in the Waunakee Business Park on a site designed for future expansion to add another 10,000 feet in the future. Currently, Automated Robotic Systems is leasing two spaces on Moravian Valley Road for its manufacturing and machining functions, along with offices, Justin Johnson of EG Schmidt Construction told the plan commission.

The commission considered another request for a rezone to a planned unit development, allowing the lot formerly occupied by Marshall Erdman to be divided. Dividing the lot would accommodate the sale of portions of the property to existing companies, said Kevin Even, Waunakee village engineer.

Dane Manufacturing has been leasing space at the Division Street site since June of 2019 and in early 2020, discussions of an acquisition began, said Alan Hembel, manager of University Ave Properties LLC & Erdman Future LLC.

Mike Lisle of Dane Manufacturing said the company is “thrilled to be in Waunakee,” adding it is 103 years old and plans to continue to grow the business. The company has the option to purchase another of the lots that would be created by the PUD.

Kevin Tebrinke of SPL (Scientific Protein Labs) said the north side of the property could be home to a biopharmaceutical manufacturing facility as that business grows.

Village Administrator Todd Schmidt said he was excited to see the potential sale of the property coming to fruition, adding that the owners of Dane Manufacturing are also excited.

“I think this is a great organization coming into the community,” said Commissioner and Village President Chris Zellner. “The company provides a stable workforce. I’m glad we had something for you,” Zellner said to Lisle.

Also with an eye toward growing its business, RenewAire proposed a smaller project – an outdoor storage tent – at the rear of its building at Frank H Street and Raemisch Road. Elena Foti of RenewAire explained that the tent, placed on a concrete slab, would be screened. The company envisions the tent as a temporary storage space for its Energy Recovery Ventilation units for two years, until it can build a structure to house them, Foti said

Commissioners asked if the village had allowed other businesses to use temporary structures for storage.

Even noted that Uniek Plastics had in the past stored product in semi-trucks.

“I think this is a preferred method to semi-trucks, but typically, no,” he said.

Zellner said he was concerned about setting a precedent that could invite other companies to seek a similar use.

“We have high standards for our industrial park,” he said. Still, he said he wanted to support the business with the hope that in two years, it can expand.

That storage tent was approved with the condition the electrical work is acceptable to Waunakee Utilities, includes acceptable screening, and that the plan commission review the project again in two years.