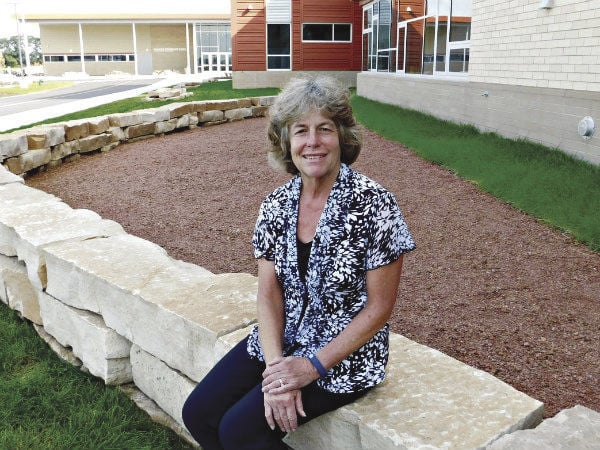 Chris Hetzel, outside of the new Waunakee Intermediate School on Woodland Drive west of Hwy. Q. "I look around, and I see the beauty and I think how blessed I am," she said about the school. 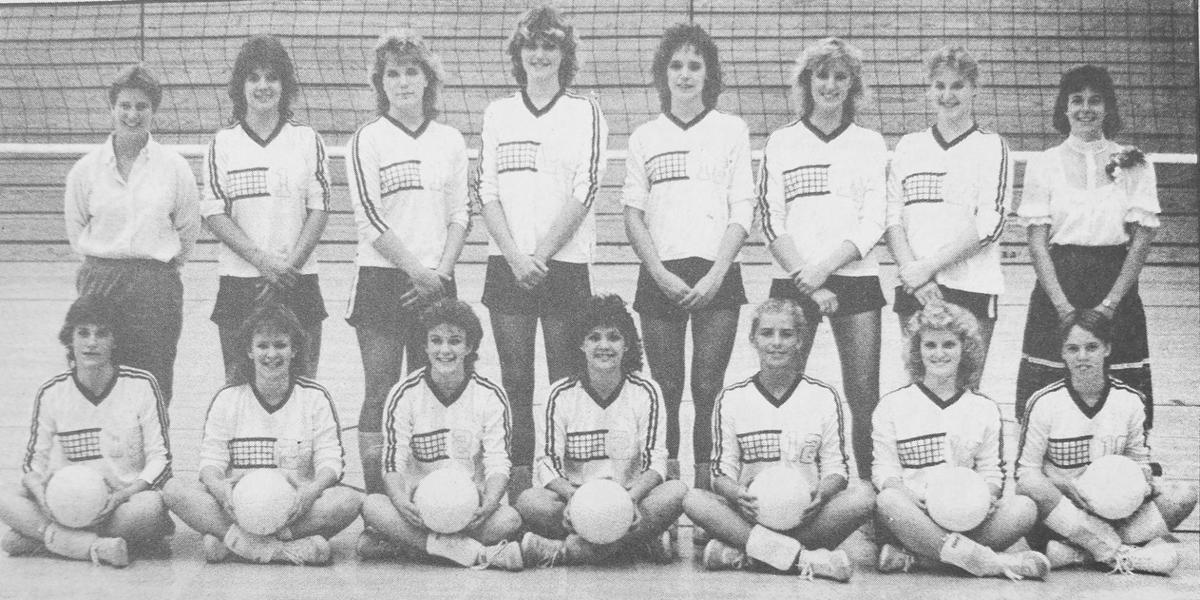 Chris Hetzel, outside of the new Waunakee Intermediate School on Woodland Drive west of Hwy. Q. "I look around, and I see the beauty and I think how blessed I am," she said about the school.

For many in the Waunakee community, imagining the Intermediate School without its principal, Chris Hetzel, may be a difficult stretch. After all, Hetzel has been the principal at the intermediate school since its creation when the grade structure was realigned.

Imagining the Waunakee school district without Hetzel, who has worked there for 45 years, may also be a stretch.

But at the end of the 2019-20 school year, Hetzel will retire, ending her 49-year career in teaching and administration.

Hetzel began her career teaching French and physical education and coaching volleyball, basketball, track and gymnastics. She also served as the physical-education department chair and was the assistant principal for grades 3-5.

She said she knew she wanted to be a teacher in the first grade.

“I always wanted to be a teacher,” she said. “It’s weird that I knew that early on. I never thought I’d be a principal.”

Hetzel said she had her sights set on becoming an athletic director when she pursued a master’s degree. Her advisor at the time told her to contact him when she got her first job as a principal.

Hetzel learned a lot in the transition from teacher to principal, she said, mainly from her teachers. They taught her to slow down in her ambitious approach.

“I can still remember walking down the hall with one of my staff members and they said, ‘You’re running. We’re walking. You need to learn to walk with us.’”

The students also taught her a great deal, she added.

In her first year, her office was in a small closet area across from the special education room at what is now Heritage Elementary School. Nine boys were in that special education class, and they taught her to be patient.

“They taught me the need to have relationships with kids,” she said, adding once the trust is established, they will begin to behave.

“It was an interesting year,” she said, remembering that the building had more than 800 kids.

Hetzel also looks fondly back at coaching, and said she was able to use some of those skills, such as building team relationships, as principal.

“Being a coach, you have to be organized. You have to be motivated. My coaching background definitely helped me,” she said.

She remembered when Marvin Berg was superintendent in 1975, she proposed starting a girls’ basketball program.

The girls had no clue about the game. She and her staff pulled out just two bleachers for the stands at games.

“No parents came; no fans came. You were just there with the kids,” she said.

Over the next few years, more and more bleachers were set up.

Many likely remember the winning years when Hetzel coached the girls’ volleyball in the 1980s. The Waunakee team won three state championships under Hetzel.

Hetzel said the first time they went to state, friends had advised against bringing the team up the night before. In the morning, as the team was about to leave, a major snowstorm hit. Their bus was hit by a car on the way there. The bus driver was able to locate Hetzel’s assistant and got word.

“My assistant talked the officials into starting the game a little later,” she said.

Another snag occurred when one of the players who had spent the night at a friend’s house realized she’d left her uniform at home. But her parents had already left for the game, and she had no keys to her house. Hetzel was able to locate another girl’s parents and instruct them to get the uniform. They contacted the other parents and said, “We may have to break into your house to get her uniform,” Hetzel said.

“You couldn’t have had a funnier first championship,” she said, adding it wasn’t so funny at the time.

The third state championship team players were less talented than their predecessors, Hetzel remembered, but they had the motivation to win.

“It was special to me because they believed in themselves,” Hetzel said. “Coaching was special for me.”

The teaching profession has changed over the years, Hetzel said. She remembered her first year, being shown her classroom but provided no curriculum.

“Back then, you were expected to be on your own,” she said.

Today, teacher mentors help others starting in the field, and teaching is collaborative. Professional Learning Communities also exist, and teachers use the same curriculum.

“Back in the stone ages, when I started, that wasn’t true at all. You kind of did what you liked,” Hetzel said.

The students also have a different approach.

“I think the push for rigor is much stronger now,” Hetzel said. “The kids did OK, but there just wasn’t that push to be better.”

The Waunakee district has also grown a great deal, and the emphasis on Professional Learning Communities has changed the way teachers work.

Hetzel said the buildings have also undergone many changes.

While Waunakee is still a farming community, it transformed also into a bedroom community for Madison, she added.

Another highlight for Hetzel was being part of the new Waunakee Intermediate School construction, helping plan the details and the layout, a task she called a privilege.

“Just watching it grow from being dirt and watching dirt being pushed around and watching the holes being dug for the geothermal system we have,” she said. “Every day, when I come into the building, I say, ‘Oh my gosh. I can’t believe I’m here.’ And I look at the beauty and see how blessed I am.”

Early in her career, Hetzel never thought she would work in the Waunakee district for 45 years. She planned to work in Waunakee then in other districts. But the idea of retiring had never occurred to her in years past.

“I love the kids and I love the staff. You can’t have it any better than I have. I love the support of the community and the way they push us. They’re really supportive, but they have high standards and high expectations,” Hetzel said.

As for the next chapter, Hetzel is looking to volunteer at a food pantry or in her grandson’s school in Waunakee. She is also passionate about Alzheimer’s and may volunteer in that field, as well.

Hetzel could think of nothing about the job she wouldn’t miss.

“I love being principal. I’ll miss it all,” she said.