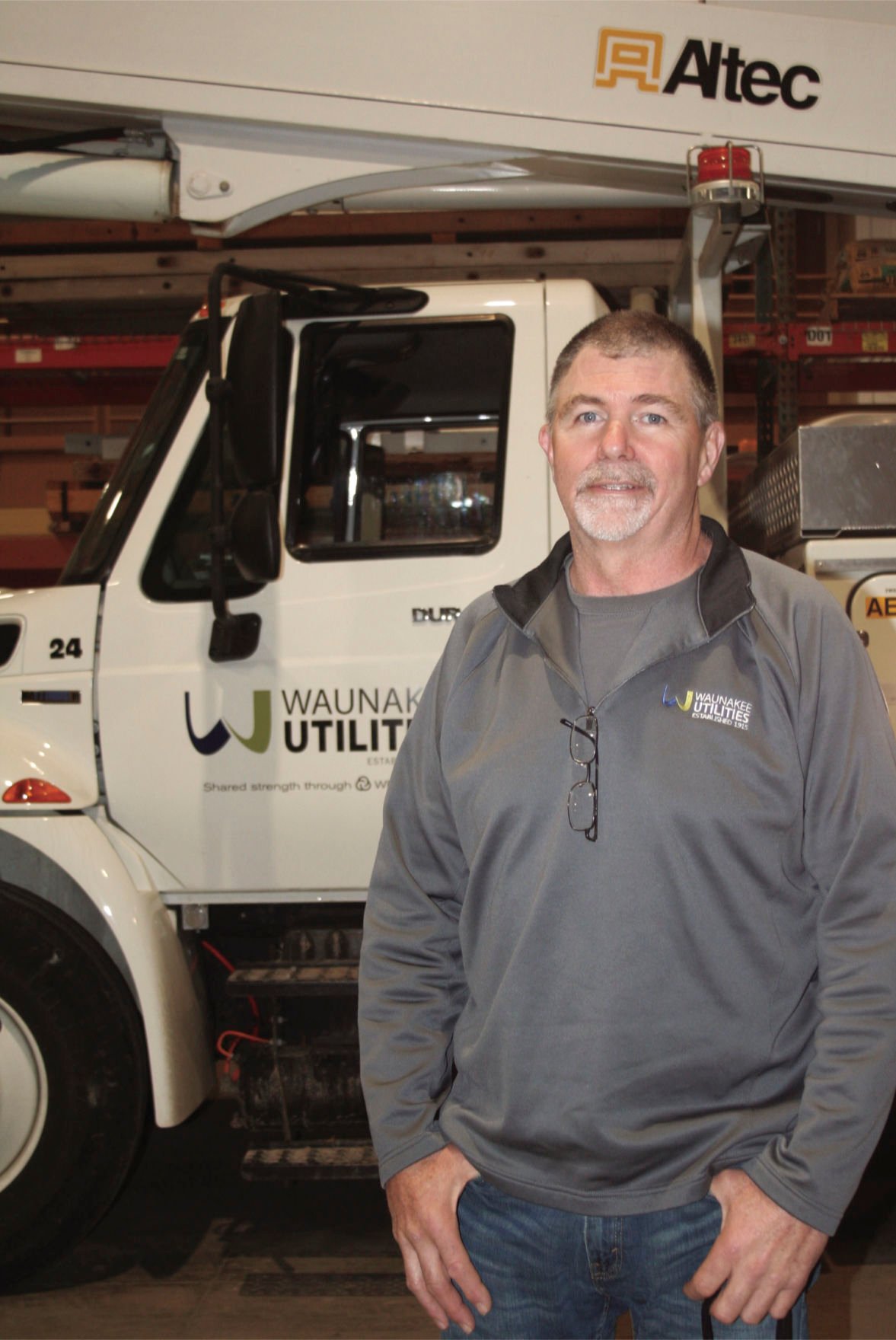 Dave Dresen’s last day with Waunakee Utilities was May 14. 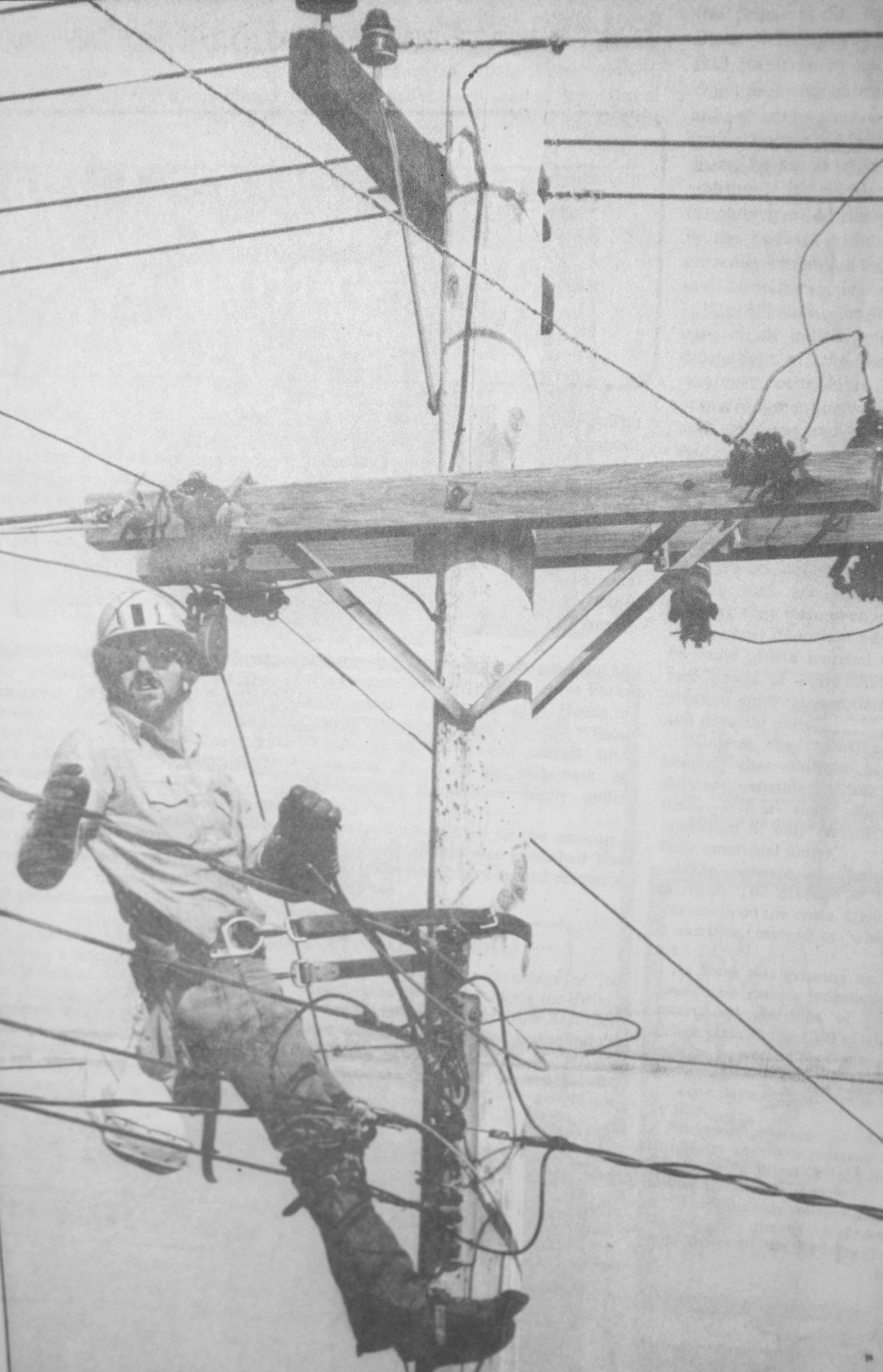 The Tribune published this picture of Dresen In October 1987 during Public Power week in Wisconsin.

Dave Dresen’s last day with Waunakee Utilities was May 14.

The Tribune published this picture of Dresen In October 1987 during Public Power week in Wisconsin.

More than 35 years ago, when Dave Dresen joined Waunakee Utilities as an apprentice line worker, the village’s population was about 5,000.

As Waunakee grew, so did Dresen in his career with Waunakee Utilities. Dresen retired May 14 as the electric superintendent after nearly 36 years, more than three decades that he said flew by.

“It’s been a great job and a great career,” Dresen said.

While working for a local electrician in 1985, Dresen saw the apprentice position open at Waunakee Utilities and applied. After completing a four-year class and on-the-job training there, he became a journeyman and then went on to become foreman and eventually electric superintendent.

When he started, the entire utility had five or six employees, each taking turns seeing to sewer and water and the electrical duties. Sometimes, they even helped out picking up garbage then.

Today, 16 people work at the utility, with a separate superintendent and crew for electric and sewer and water, along with an energy service representative. Sewer and water superintendent Randy Dorn heads up a crew of six, while Dresen has eight on his team.

“We used to be a little utility. Now we’re getting to be a middle-size or bigger utility,” Dresen said.

“Overhead is nice. If there’s a problem, you can find it right away,” Dresen said.

To locate the causes of outages in underground electrical, crews use fault indicators and can eventually find the stretch of cabinets where the faulty cable may be located to either repair or replace.

Even underground utilities are vulnerable to lightning. And small critters, such as mice and snakes, can causes outages underground, as well, Dresen said.

Asked to describe Waunakee’s worst outage, Dresen remembered in 1989, two of three transformers were down at the Division Street substation.

“That affected the whole village. Now we have four substations,” Dresen said, noting if one is down, another can pick up the load. The 1989 outages was likely the largest blackout for the village, he said.

As the workers attempted to make repairs, an explosion occurred, and Dresen and his partner were transported by MedFlight to the hospital with burns. Dresen spent two weeks in the hospital recovering from second-degree burns, but his partner, Lee Elver, was there for a month with second- and third-degree burns.

Dresen said he had just attended a training in Eau Claire a week or two earlier and was told the UW burn center in Madison is the best in Wisconsin.

Dresen and his wife were expecting their second child at the time.

Since then, codes have changed, and monthly training is required. The workers also wear all fire-resistant clothing, he said.

Dresen said over the years, Waunakee Utilities has tried to improve the electric system’s reliability. Just like their customers, the utility company doesn’t like to see outages, he added.

“They’ve got a good group of people,” he said about DPW, adding the cooperation and willingness to share equipment among the two departments makes work easier.

“Other communities don’t do that,” Dresen said. “I always hear horror stories.”

In 2000, Dresen returned as Waunakee Utilities’ project coordinator, and five years later, became electric superintendent, a role he’s filled for the past 16 years.

Energy-conservation awareness has grown over the years, Dresen said. People are using LED lights and more efficient appliances. Solar panels are becoming more common on homes. But usage continues to grow with the population.

Industrial customers such as Uniek, SPL, Suttle Straus and Octopi also increase energy demand. The village set a record in August 2020, hitting 32.7 megawatts of usage during a heatwave.

After his first year with Waunakee Utilities, Dresen joined the Waunakee Fire Department. His father had served the department for 20 years. The Village of Waunakee allows employees to respond to calls during the day if they can leave work, said Dresen, who served as lieutenant for 9 years.

“It’s nice that the village is open to that,” he said.

Both of his roles sometimes took him away from family during special occasions.

“Outages can happen Christmas and Easter,” he said, adding his wife Julie and their three daughters won’t miss those moments.

But, Dresen said, “She’s been great about it.”

Now Dresen is looking forward to spending more time with his family, including grandchildren, and will work part time in maintenance at Wollersheim Winery.

Dresen has retired from the Fire Department, as well. The Dresens live in a rural area outside of Waunakee, and he will no longer work in the village, making him ineligible to serve. He brought up with Julie the possibility of volunteering on the Dane-Vienna Fire Department.