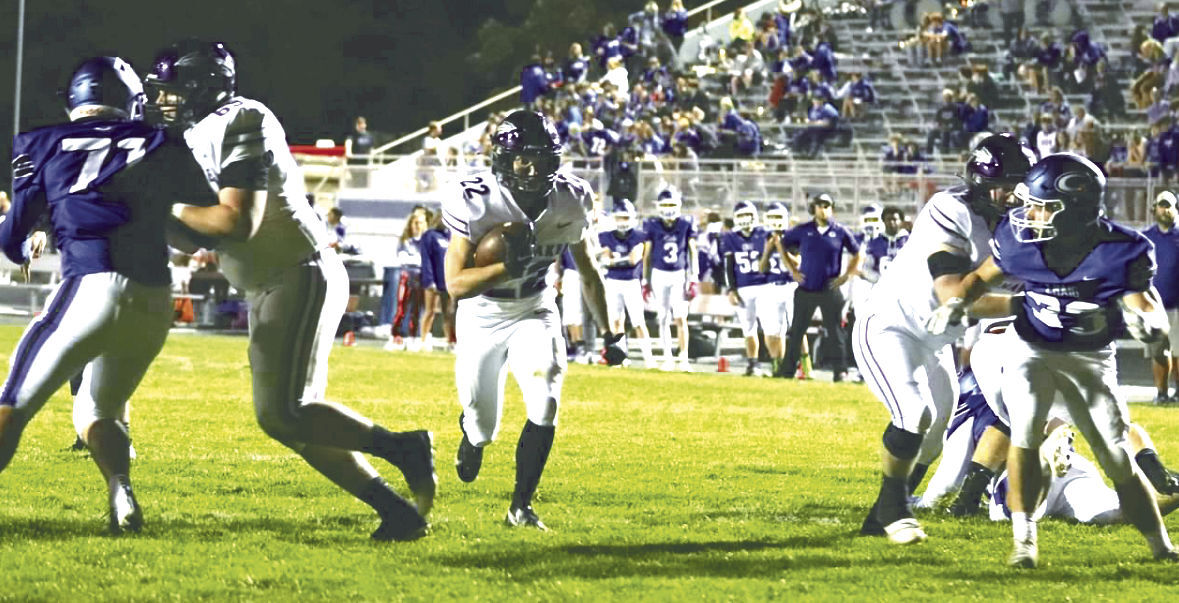 Waunakee’s Michael Gnorski (22) runs through a big hole into the end zone in the Warriors’ 56-6 win Friday over Janesville Craig. 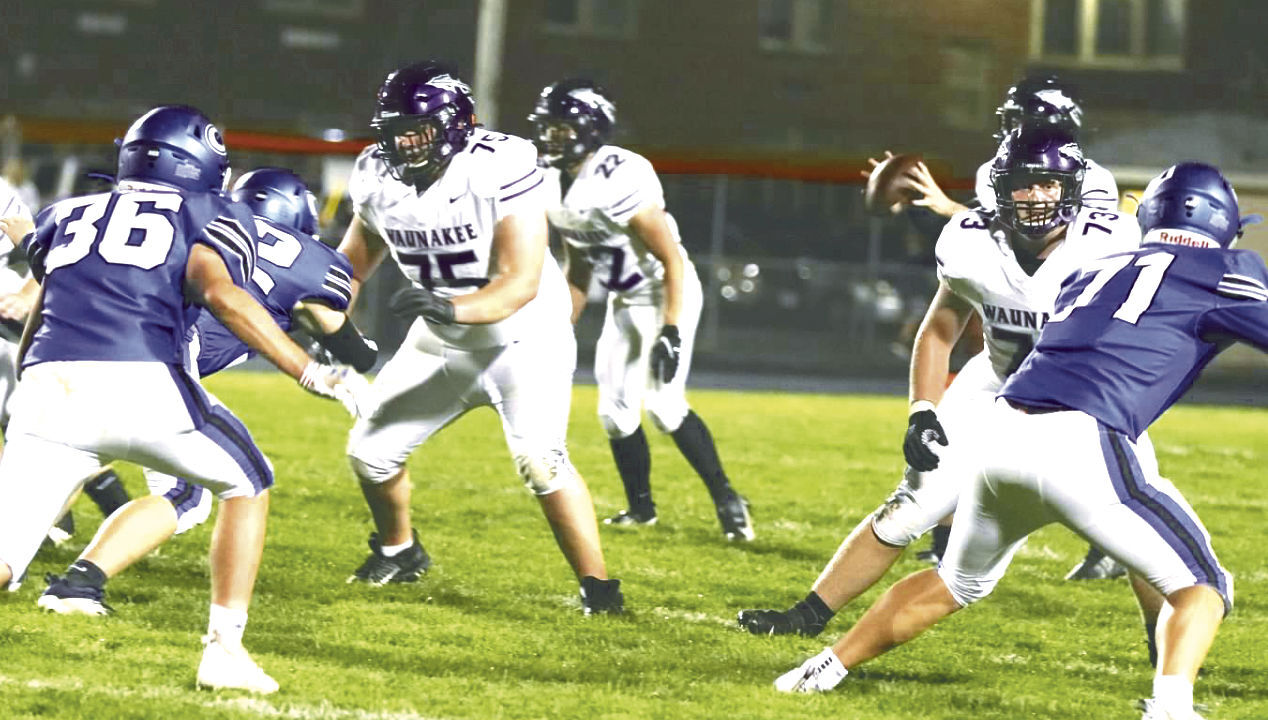 Ian Phebus (75) and Gus Allen (73) get into position to provide pass protection for Waunakee during the Warriors’ 56-6 victory over Janesville Craig on Friday.

Waunakee’s Michael Gnorski (22) runs through a big hole into the end zone in the Warriors’ 56-6 win Friday over Janesville Craig.

Ian Phebus (75) and Gus Allen (73) get into position to provide pass protection for Waunakee during the Warriors’ 56-6 victory over Janesville Craig on Friday.

The offensive line, traditionally known as “the hogs,” dominated, as the Waunakee High School football team rolled over Janesville Craig 56-6 on Friday.

“Our offense did some nice things in terms of being physical up front and finishing drives,” said Warriors Head Coach Pat Rice.

The Waunakee ground game racked up 288 yards and accounted for six touchdowns, helping the Warriors remain unbeaten. With the win, Waunakee clinched at least a share of the Badger Large Conference title.

If Waunakee (6-0 in the Badger Large, 8-0 overall) defeats Beaver Dam at home on Friday, the Warriors will win the league title outright.

“We’re checking a number of things off the bucket list,” said Rice.

Michael Gnorski got Waunakee off to a strong start, scoring on runs of 5 and 2 yards in the first quarter, before Corey Marionneaux struck paydirt with an 8-yard run to make it 21-0, as Aidan Driscoll connected on all three extra-point kick attempts.

The Warriors didn’t let up in the second quarter, with quarterback Quentin Keene hitting Devin Johnson for a 15-yard touchdown pass and Marionneaux blasting in for a 1-yard score to push Waunakee’s lead to 35-0.

An 80-yard scoring strike for Janesville Craig stopped the bleeding, but only temporarily. With 1:20 left in the half, Gnorski powered in for a 3-yard touchdown.

Up 42-6 at intermission, Waunakee got another touchdown from Marionneaux. He notched his third touchdown run of the game at the 7:18 mark of the third quarter, scoring on an 8-yard rumble.

The Warriors racked up 32 first downs on the night. Gnorski rushed for 158 yards on 26 carries to lead Waunakee, while Marionneaux had 63 yards on 11 carries. Both had three touchdowns. Scott Jezik finished with 31 rushing yards.

Keene was efficient again at quarterback, completing 10-of-16 passes for 137 yards. Garett Lenzendorf went 3-for-3 in passing, as did Nelson.

On defense, Ben Walbrun had a fumble recovery. The Warriors held Craig to just eight first downs and 235 yards.

“The defense was solid,” said Rice. “All the way around, we played well. On special teams, we connected on all the PATs and had touchbacks. Fundamentally, we played well on special teams. Our trajectory with special teams is heading upward. Offensively, I liked what we did up front. With our passing, our distribution was good, but it all starts with the offensive line.”