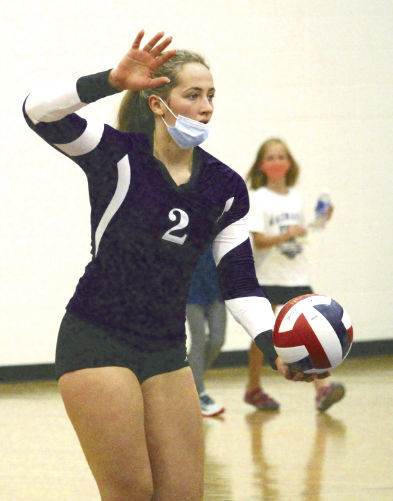 Ally Saleh (2) prepares to deliver a serve in the Waunakee High School volleyball team’s recent 3-0 win over Stoughton at home on Thursday. 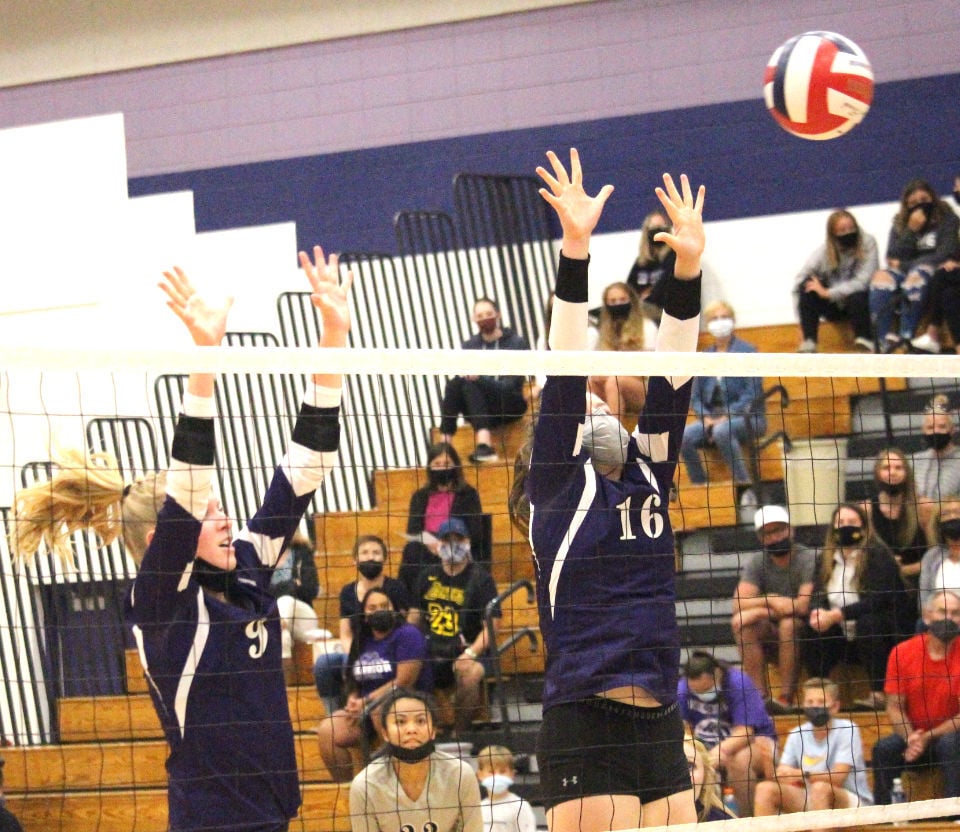 Grace Grogan (16) and Addison Janus (9) go up for a block against Stoughton in the Waunakee High School volleyball team’s 3-0 home win on Thursday.

Ally Saleh (2) prepares to deliver a serve in the Waunakee High School volleyball team’s recent 3-0 win over Stoughton at home on Thursday.

Grace Grogan (16) and Addison Janus (9) go up for a block against Stoughton in the Waunakee High School volleyball team’s 3-0 home win on Thursday.

It hasn’t always been pretty for the Waunakee High School volleyball team in 2021.

Still, the Warriors are off to a good start, as they headed into the Kettle Moraine Invitational with a 12-1 overall record. They left there with a 13-5 mark.

Waunakee, 3-0 in league play, had to persevere to get past Stoughton on Thursday, rallying in the second set after trailing most of the way and then finishing off the Vikings 3-0.

“I really think it was about coming together as a team and playing for each other,” said senior middle hitter Grace Grogan, explaining how Waunakee overcame its struggles against Stoughton.

Waunakee was a well-oiled machine at Tuesday’s Watertown Quad, winning by 2-0 scores over DeForest, Beaver Dam and the host Goslings.

“My theory is, at the beginning of the season, we’re trying to build consistency … period,” said Warriors Head Coach Anne Denkert. “We need some more consistency. That’s what we’re demanding out of them.”

Racing out to a 9-2 lead in the opening frame, the Warriors held on to take the set 25-16, but a cold start almost cost them the second set.

Down 11-7, Waunakee finally tied it up at 19-19, with the lead changing hands until the Warriors jumped on top for good, going ahead 23-22. A big block secured the 24th point for Waunakee.

The Warriors cruised in the third set, taking a 5-1 lead. Leading 16-13, Waunakee took control, outscoring Stoughton 9-1 the rest of the way.

Payton Maly and Summer Grigg finished with a team-high six kills apiece, as Emily Becker collected five of them, while Ally Saleh, Addison Janus and Grogan each had three.

Janus and Becker both racked up three blocks, withi Grigg and Grogan gathering two each.

Leading the way in digs. Grigg had 12, with Ella Grace Meyer pacing the team in assists with 11.

Grigg turned in a strong all-around performance, smashing three kills and two aces, getting one of the Warriors’ five blocks, and tying for the team lead in digs with eight. That was how many Ella Grace Meyer had as well, to go with six assists.

Watertown was no match for Waunakee either, as the Warriors defeated the Goslings 25-15, 25-16.